About four months ago after a long summer off of not running, early September I began training for Rock ‘N Roll Half Marathon – Savannah. Shortly after beginning my training, I started experiencing this nagging sharp pain in the center of my heel.  Like must dumb runners, I ignored then pain.

Then in early October, I ran Race for the Cure 5K with my kids and my poor foot did not fare well on the cobblestone streets of St. Pete. After only a mile into the race, the nagging sharp pain became a monstrous bite. Again I tried to ignore the pain, but at the end of the race, there was just ignoring it. I could barely walk. That night, I took 600 mg of ibuprofen and the next morning, my foot was still throbbing.

As a short term solution, I stopped running. One week off turned into a month off and then with much disappointment, I made the decision to not run Rock ‘N Roll Savannah. My month off from running was replaced with lots of stretching and icing although my efforts did not help reduce the pain. It was time to see a physician.

In November, I visited Bayfont Medical for an evaluation by the best Sports Medicine Physician in the Tampa Bay area. Dr. Katherine Wojnowich. From an x-ray, Dr. Wojnowich determined I had a nasty heel spur as a result of chronic plantar fasciitis. 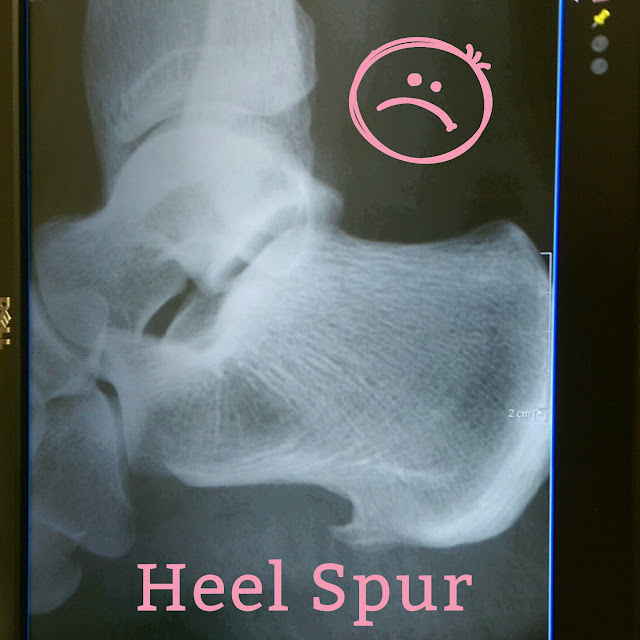 Ironically, a break from running can cause scar tissue to develop and the overworked muscle develops into a help spur. Thankfully, from an MRI we learned there was no tissue damage or torn ligaments. Dr. Wojnowich seemed hopeful for a quick recovery; however, for the next four weeks I would wear the sexiest Storm Trooper boot just in time for The Force Awakens. 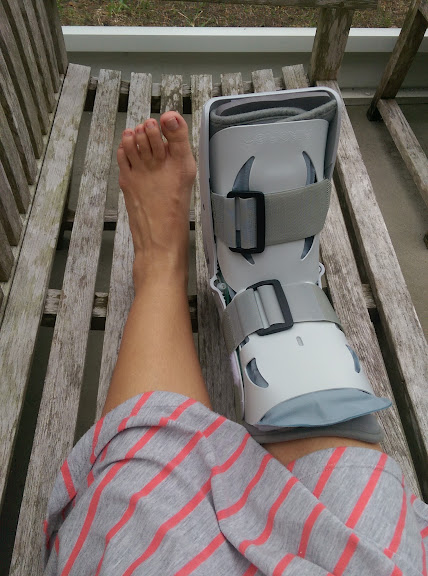 With the boot, I had to give my racing dreams “the boot” and come to realization that 2016 would be a very light racing calendar for me. Although I registered for Celebration Half Marathon and Gasparilla Distance Classic Mic Ultra Challenge over a year ago, there would be no way to even attempt those distances (a half marathon followed by another half marathon a month later plus a 5K, 15K and 8K). As I visualized those races and gorgeous collection of bling slipping away, I knew in my heart that recovery is far more important than any race or shiny medal. (It is, right???)

In December, I returned for a follow-up and Dr. Wijnowich was very pleased with my progress. I wore my boot almost all the time only removing it for my stretching exercises and to drive. At my last visit, she permitted to me begin weight-lifting, cycling and running 5-10 on January 1. While the Star War Dark Side Half Marathon in April is completely out of the question and still too soon to attempt, the 5K is still a possibility. *fingers crossed* Once the calendar rolled over to 2016, I was excited to get running again. I felt mentally ready to begin again – to start all over as a runner. 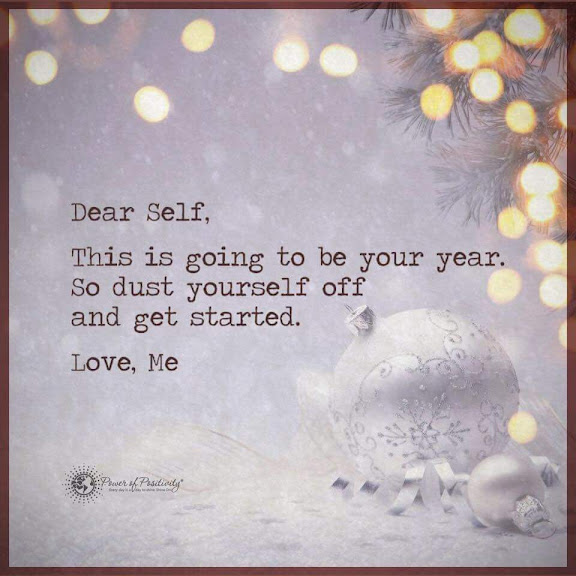 But then, I swear I felt phantom heel pain. That nagging sharp pain in the center of my heel returned and I was scared to run. But I could cycle, which meant I could enjoy a spin class. But my foot really hurt. It broke my heart. I was so careful during my Storm Trooper boot weeks. I didn’t push myself and stayed off my feet, however, the holidays were a different story. I suppose I tried to do too much in an effort to prepare for Christmas.

So, I’m back to square one. I’m wearing my boot at night and occasionally during the day when I feel a tightness and nagging pain. I’m stretching, icing and even massaging the plantar that doesn’t want to cooperate.

With my lack of running and exercising over the past few months since September, I’ve gained about 30 pounds and gone up two dress sizes which began sneak up over the summer. In all honesty, I’m back to my post-baby weight after baby #3 5 years ago and the whole thing depresses the hell out of me. None of my old workout clothes fit and the thought of buying larger size workout clothes doesn’t do a whole lot for me in the self-esteem department.

But, it’s a new year! A new beginning as I keep reminding myself even when I’m too lazy to get out of bed. 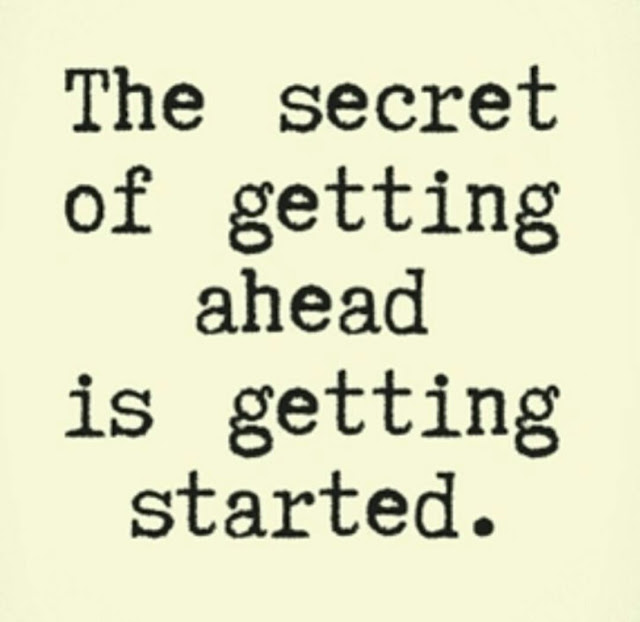 Yes, truth be told, I’ve become lazy and complacent. Remember last year’s goal of BALANCE? Turns out there are only so many hours in a day and when you are trying to find that perfect balance, something has got to give. For me, it was fitness. Once revered as my go-to stress relief became literally my Achilles heel.

My 2016 fitness goal is to heal my heel and be able to run a 5K again. Eventually, I plan to become faster and stronger sticking to the shorter distances. It will be a long time before I finish another half marathon. Regardless, the only running can ever be attainable is by becoming active again. Then yesterday, my friend Christina Marie shared this awesome FREE  workout program called Fitness Blender and it was just the push I needed to get back into the game. With feeling far too self-conscience about my appearance to workout with others right now, I can start with the Five Day Challenge and hopefully begin my transformation. (If you join Fitness Blender, follow Run DMT and follow my fitness journey.)

So, my clothes don’t fit. Who gives a shit? Who needs fancy larger size leggings when I can work out in my underwear at home with my flab flying free. It bothers you, you don’t have to look. Just think of the HIIT work out I’ll get when my belly bounces with every burpee.

When I began my fitness journey years ago, it started with at-home workouts. There’s some strange satisfaction to be starting over where I began. And then, ironically, once I committed mentally to the Fitness Blender 5 Day Challenge, I woke up pain free today. So guess what I did? I went for a five minute run and it felt glorious. 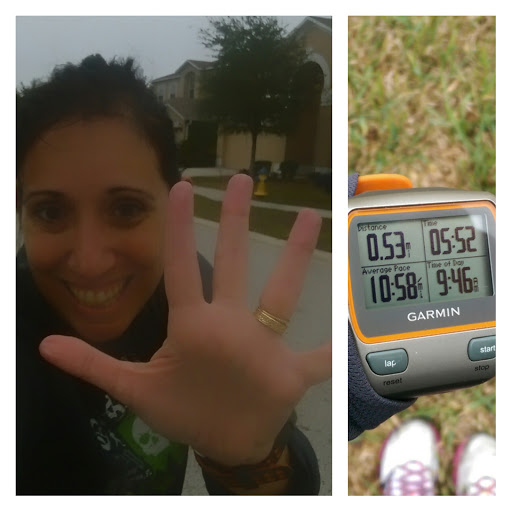 And when I returned home, I took on Day 1 of the Busy People Workout with lots of modifications to not overdo it. I felt a little like my old fit self. It’s going to be a long road back but I’ll get there. Has an injury ever depressed you? How do you feel about at-home workouts? What are your fitness goals for 2016?

Random Thoughts about Some Challenges, My Heeling Process and a Footnote

Random Thoughts about Being Back in the Saddle, New Fitness Adventures and Track Tuesday