Disclaimer: The following post is sponsored by FitFluential LLC on behalf of New York Road Runners.

If you have been a regular Run DMT reader for some time, then you are aware that I applied to run in the TCS New York City Marathon three times and shared those experiences on more than one occasion (2011, 2012 and 2013).  My quest and desire to run the NYC marathon began in January 2011 when I had hoped to run the NYC marathon for my 40th birthday.

Although I grew up in Florida, I am originally from New York City and my family and I visited the city quite regularly, especially to see my grandmother who still resides in Midtown Manhattan.  My mom (a girl from Queens) and my dad (a guy from Washington Heights) shared so many loving memories of life in the Big Apple from the Washington Bridge to Queens Boulevard.

On many trips into the city, I suffered through my steam-fitter father’s stories as he pointed out all the skyscrapers he helped construct. By applying for the NYC marathon lottery decades later, I would experience the city like never before. As a runner, I would feel my father’s sweat as I ran on the streets between those skyscrapers and bridges and I would have my own NYC story to share with my kids. Sadly, I didn’t make the lottery in 2011, but I was grandfathered into the three year application process.  As the guidelines stated then, if I applied every year from then on, I would be guaranteed entry in 2014.

The following January I applied and again, I wasn’t selected.  In 2013, I applied once more and again, my name was not drawn.  Ironically, my friend, Mica, applied that same year and made the lottery on her first application attempt.  She was stunned.

Since I was guaranteed entry for 2014, Mica chose to defer her entry so that she could run the marathon with me the following year.  After all the TCS New York City Marathon was going to be her first marathon and she wanted a support system in place.

After applying year after year, I never expected anyone to run the TCS New York City Marathon with me and I was thrilled to experience it with a friend.  After three years, this highly anticipated marathon moment transformed into two friends running through five boroughs through one amazing city.

And it was totally worth the wait.

Even with the knowledge of a guaranteed entry for 2014, the acceptance entry was still a shock to me. I cried when the dialogue box popped up on my computer screen. To celebrate our TCS New York City Marathon moment, Mica bought a NYC medal rack to hold that Big Apple medal and display many more of our running achievements. 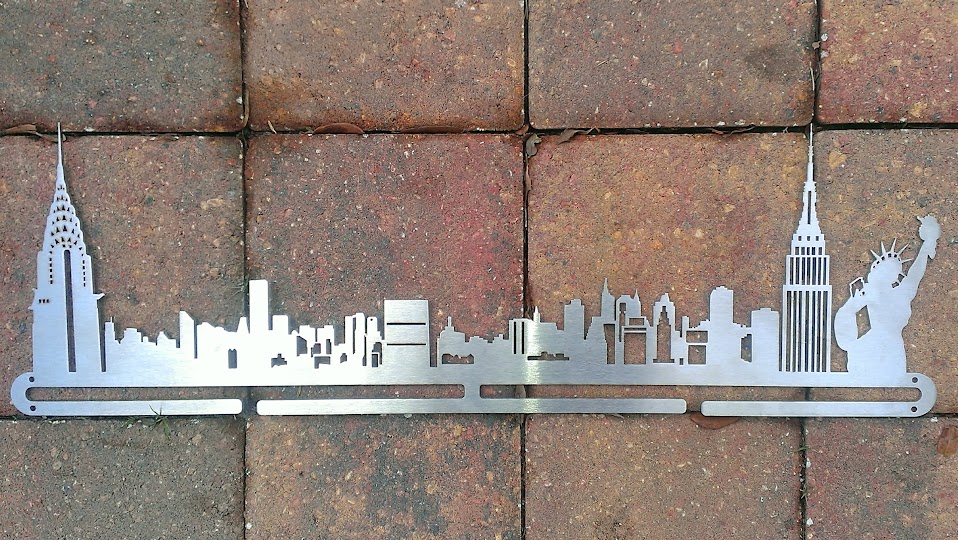 We’ll joined by Coach John Honerkamp, who has coached runners of all ages and abilities for 15 years. As an experienced coach and marathoner, Honerkamp practices what he preaches having used the Official NYRR Training Plan to train for the 2011 Berlin and ING NewYork City marathons.

Register early for more chances to be selected. Visit www.tcsnycmarathon.org to apply.  Registration closes on March 18 at 11:59pm EST.

The fine print: Applicants must have completed the application process for the 2014 TCS New York City Marathon to be eligible. If they do not win as part of the contest, they will be automatically entered in the marathon drawing to be conducted in March. For the complete rules, visit www.tcsnycmarathon.org.

Music Monday: Back in Time for a Space Coast Marathon Redemption