Disclaimer: I received two tickets to Hamilton through a partnership with the Tampa Bay Bloggers and the Straz Center for the purpose of this review. All the opinions are my own.

Hey, have you heard of this show, Hamilton, by Lin Manuel Miranda?

Of course, you have.

When the Straz offered me tickets to see Hamilton for its return tour to Tampa, I was not gonna miss my shot! (That line never gets old! lol)

Eight years since its debut on Broadway, Hamilton still captivates audiences and every year, more and more Hamilfans join the ranks. Given how this is my third time attending Hamilton, I am always satisfied.

Hamilton tells a modern tale of Alexander Hamilton and our country’s forefathers through hip-hop and R&B. However, each character has its own theme music represented in a variety of musical genres, such as King George with 60s-style bop and Thomas Jefferson brings a swing-style, jazzy number. 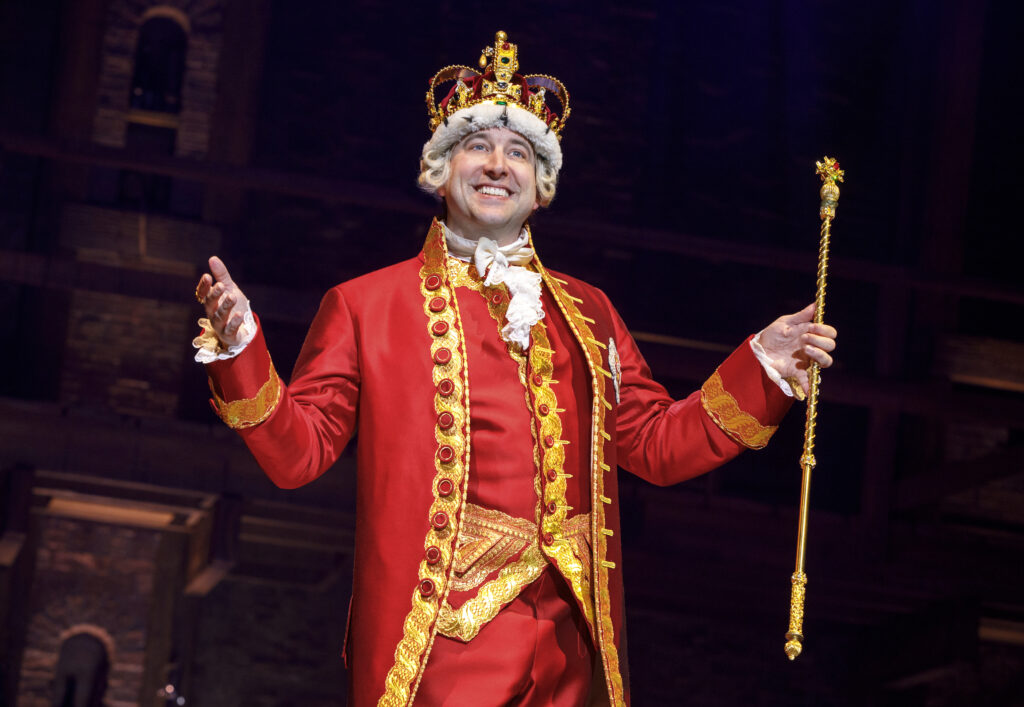 For Hamilfans who know the soundtrack by heart and have watched the production on Disney+ multiple times, seeing Hamilton live on stage will exceed your expectations. 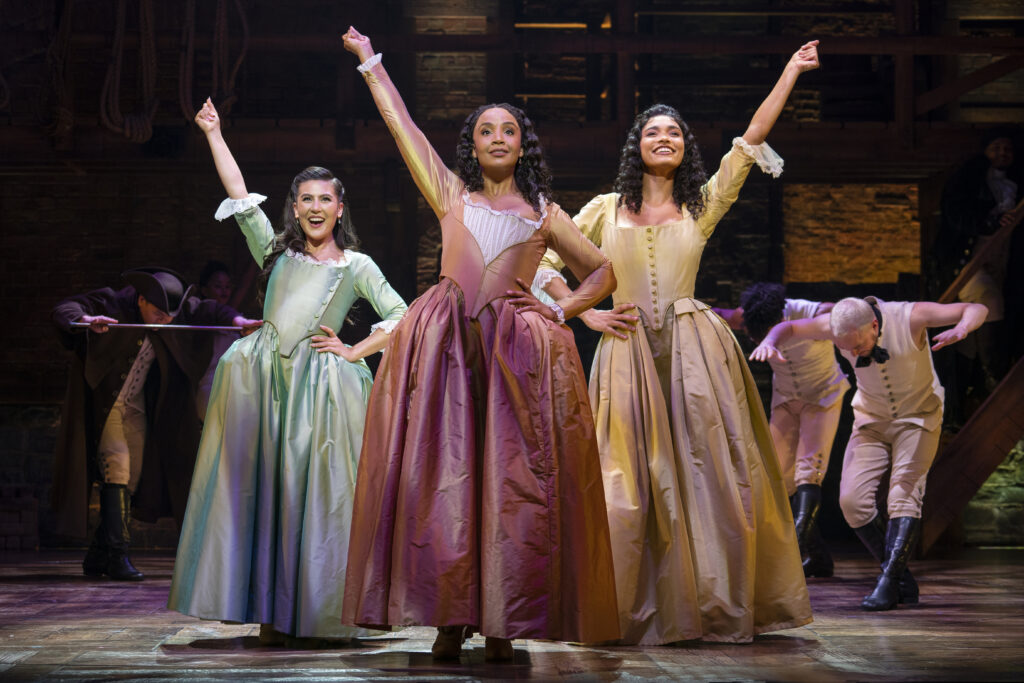 The multi-level set resembles the scaffolding of a very young, scrappy and hungry  New York City. Despite appearing seemingly bare bones, the stage delivers so much action unfolding in any given scene. It’s layers upon layers of storyline both in song and choreography. A rotating stage offers continuous movement as the story moves through historical events and decades of time.

Between the multi-level scaffolding and the rotating stage, there is not a bad seat in the house; although, the upper level theater seats offer an opportunity to really take it all in and enjoy the details and complexity of each scene.

The ensemble, dressed in neutral color pants, ruffled white shirts and tall black boots, are always on stage as they accompany each character and provide details of their story through dance. However, the neutrality of their costumes allows the focus to remain on the lead character(s) in each scene.

The sepia colors of most scenes symbolically represent a faded history from centuries ago as well as the parchment paper our forefathers used to scribe the birth of our country. 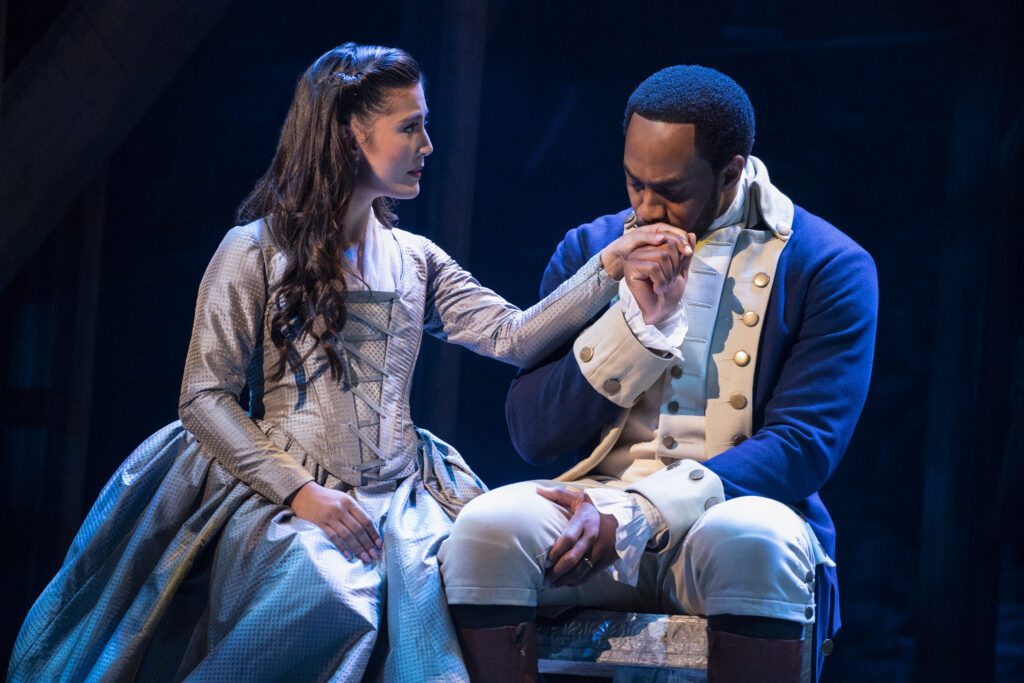 As Alexander Hamilton moves through the years, each stage of his life is represented in a different coat jacket. This beautifully subtle costume change allows simplistic transitions between scenes without drawing the curtains.

Whether you’re Team A Dot Ham or Team A Dot Burr, the North American Tour brings the goods. On the evening of the performance I attended, Edred Utomi played Alexander Hamilton and Deejay Young as Aaron Burr. Both performers beautifully rise up to the challenge of filling the shoes of Lin-Manuel Miranda and Leslie Odom, Jr.

In fact, listed as a standby performer, Deejay Young plays four roles, an incredible undertaking for this Tampa native, Blake High School graduate. Recently, he appeared on Daytime, where co-hosts Maggie Rodriguez and Farron Hip challenged him to rehearse on air by finishing a Hamilton song for one of the roles he plays.

But the outstanding performances of the entire touring company will blow you all away.

Hamilton is definitely the show to see this season at the Straz Center. 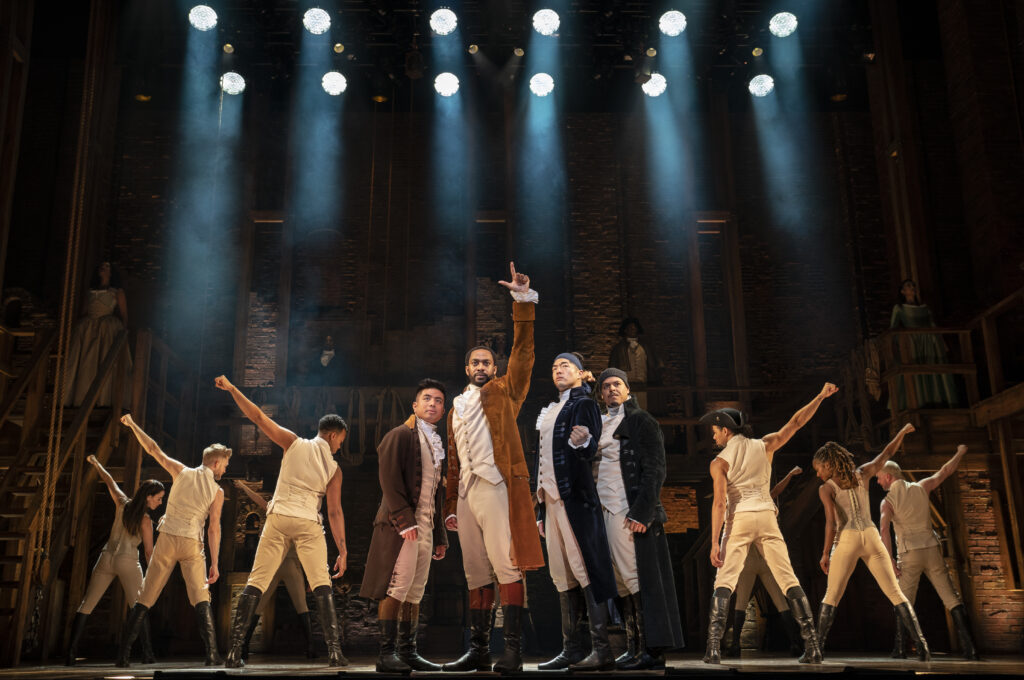 Don’t miss your shot to see Hamilton at the Straz. There are only seven more performances left before Hamilton closes on Sunday, January 22.

Everyone would love to have children who genuinely have the best interest of the people around them at heart. The thing is that social responsibility is not something that is being promoted enough, unfortunately, and unless you are yourself a... END_OF_DOCUMENT_TOKEN_TO_BE_REPLACED 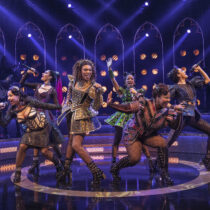