When the Straz Center invited my husband and I to experience this glorious production, I couldn’t contain my excitement. I would finally have my chance to experience this breath-taking, magnificent love story that so many Phantom fans assured me I would love. 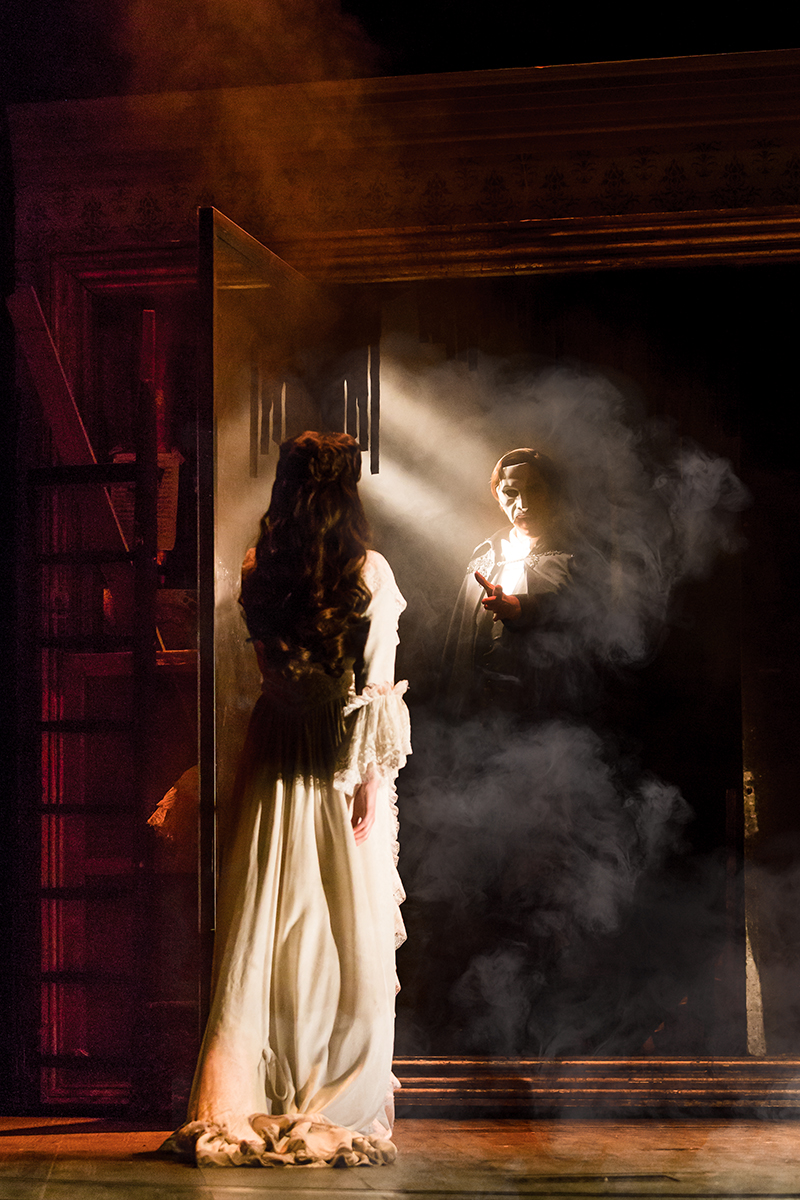 The show opens inside the Paris Opera House veiled by cobwebs and we are introduced to very aged characters and equally aged signature pieces from era when the Paris Opera reigned supreme. an elderly Raoul, the Viscount of Chagny, purchases a music box in homage to his love and deceased wife, Christine Daaé. As the haunting “Masquerade” medley chimes from the music box, the next item on the auction lot makes its grand entrance. As restored chandelier wired with electricity illuminates above the theater, the audience is instantly transported to the opera house’s heyday fifty years prior. 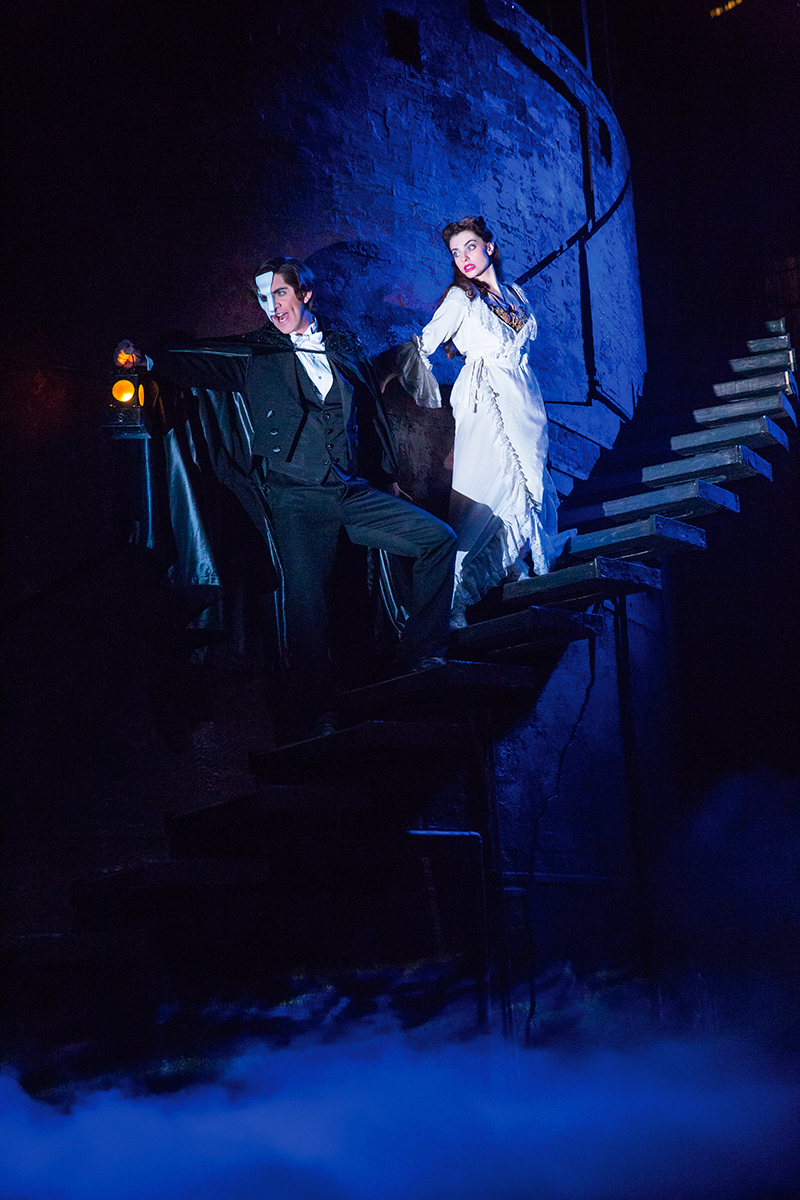 As the cornerstone to Phantom and his haunting, the chandelier is only ever overshadowed by the incredible set design. Similar to the gears and workings of a music box, the backdrop rotates with each scene change. Like a parlor trick, the center stage and box seats turn, twist and transform into the underbelly of the Phantom’s lair. As the Angel of Music/Ghost Opera/Phantom lures his muse and prodigy, Christine Daaé away from her humble dressing room, they scale a catwalk, spiral stairs and cross a river to sleek away into his into his pit of despair. 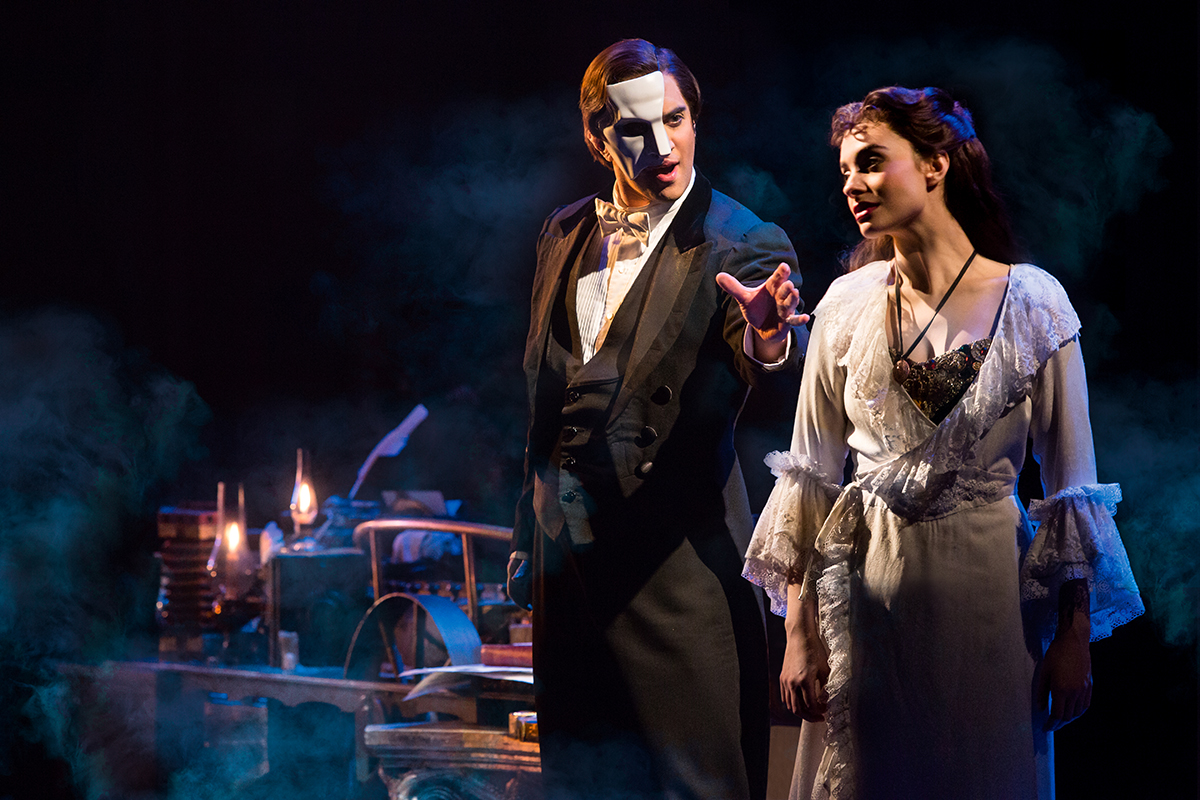 Although I knew most of the songs, for whatever reason I didn’t expect it to be so much of an opera per say. I don’t know why I expected such as dark tragedy such as Phantom of Opera to be light-hearted love story. I also didn’t expect moments of comic relief as the case with delivery of the Opera Ghost “Notes”. 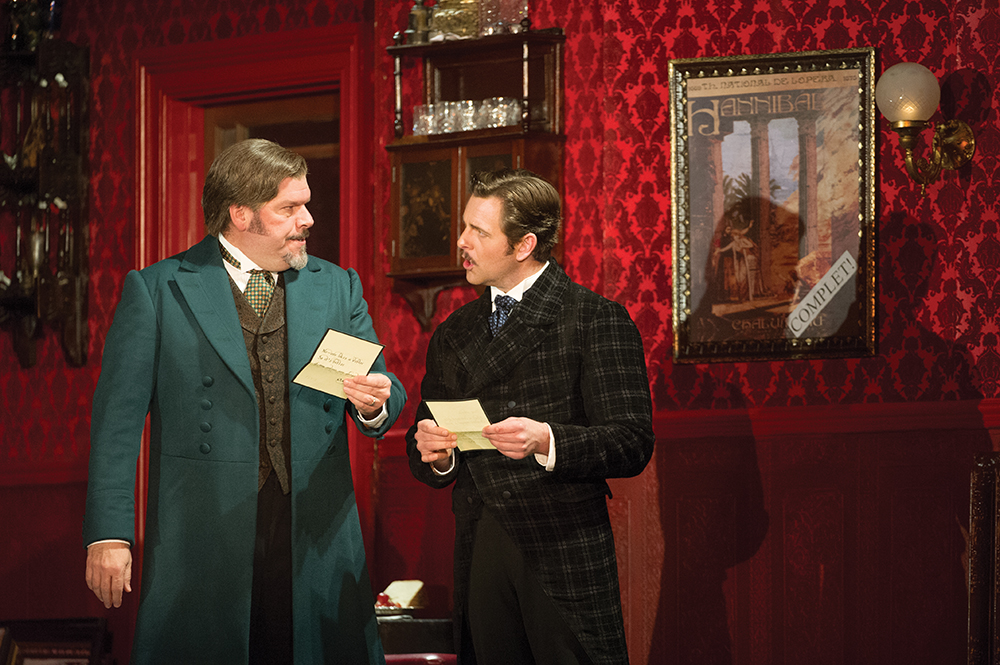 Phantom of the Opera is best described as a post-modern opera with a powerful crescendo. The first act begins slowly but builds to the climatic point of the death of a stagehand and a crashing chandelier. Act Two opens with a powerful number, Masquerade and the emergence of the Opera Ghost, who reminds everyone of his grasp on the cast and ultimately Miss Daaé. In the last scene, Christine reveals that her heart and soul will always belong to the Phantom despite her marriage to Raoul.

The vocal talents of the #PhantomOnTour cast will haunt you much like the tale and the bone-chilling classical soprano talents of Katie Travie as Christine Daaé will give you goosebumps. Chris Mann (a familiar voice to fans of The Voice) plays the Phantom and his perfect pitch will capture your heart along with the love story. Storm Lineberger stars as Raoul, the Viscount of Chagny and with the closing of Act One, the three voices form an unbelievable musical love triangle during the “All I Ask of You” duet between Christine and Raoul and the reprise with the Phantom. From the talent to the costumes, the set design and startling pyrotechnics make this a must-see-in-your-lifetime show!

Don’t let this production elude you! Catch a glimpse of the Phantom of the Opera before it slips away. Performances happen daily until January 4th. Purchase tickets at strazcenter.org.

Disclosure: As part of a partnership with the Straz Center and the Tampa Bay Bloggers, I received a pair of tickets to Phantom of the Opera in exchange for my honest review. All opinions shared are my own.