Although it’s been awhile since hubby and I yo ho hoed with a bottle of rum at the  Summer of Rum Festival, we will stirring it up next Saturday to celebrate National Rum Day at the Cuban Club in Ybor City on August 15th for its third year. 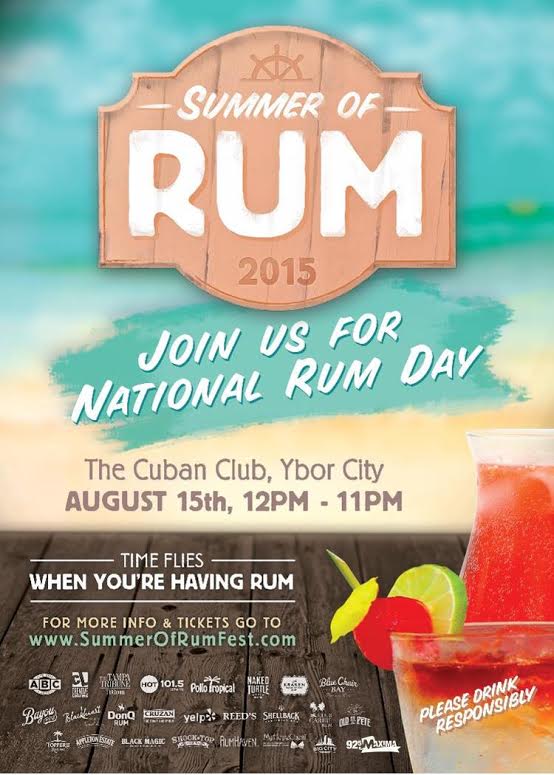 Once again, there will live entertainment and multiple “Rum Zones”, however, the Summer of Rum has expanded since our first experience. The Cuban Club’s three floors of inside space will be transformed into “Rum Zones” where attendees can experience and enjoy unique themed décor and drinks. 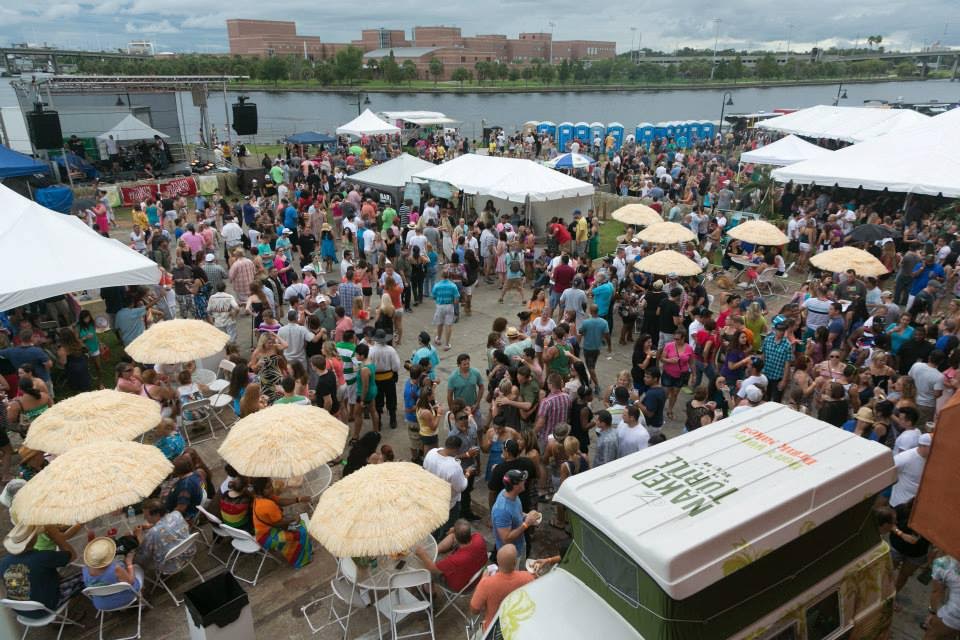 In addition to the unique “Rum Zones” as described above, numerous rum brands will be creating one of a kind “Rum Shacks” where featured rum drinks will be served.  Participating brands include Kraken Rum, Naked Turtle, Shellback, Captain Morgan, Cruzan, and more! New this year is the inclusion of locally produced rums of Twisted Sun Rum (Tampa) and St. Pete Distillery’s “Old St. Pete” brand. 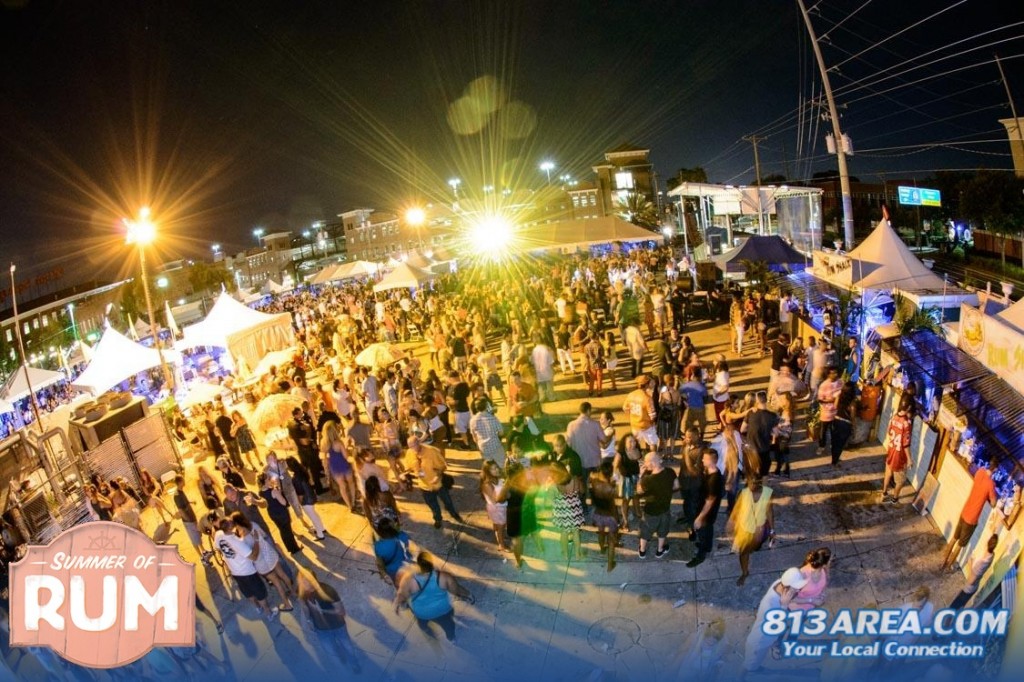 It’s also important to reviewing the proper way to fest. The Summer of Rum Festival guests can chose from two types of tickets.

Gives you access to the Summer of Rum with all day re-entry privileges.  Enjoy live entertainment on our main-stage, each our unique rum zones, rum shacks, and more while you sip on your rum drinks. Once inside, your rum drinks are ALL ONLY $5. (Tickets start at $17 in advance.)

Offers UNLIMITED Rum Drinks at all of our Rum Zones, however, food, beer and water are sold separately.  Rum Zones include the Cruzan Daiquiri Deck, The Naked Turtle and The Appleton Rum Shacks and much more.  These tickets also include GA admissions with all-day re-entry access, swag bags and 16-oz commemorative Summer of Rum hurricane glasses for enjoying unlimited refills of refreshing drinks! (VIP tickets start at $80.)

No matter how you plan to fest, play it safe and be sure to buy your tickets EARLY because this event will sell out! And to play it even safer, Allan and I booked a room at Le Meridien because we will be jammin’ into the late night. Visit www.SummerofRumFest.com for other hotel options.

For more Summer of Rum Fest tips or to purchase tickets, visit www.SummerofRumFest.com. 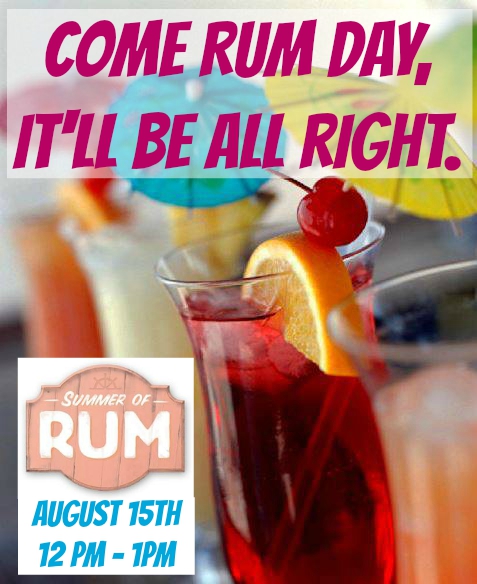 How do you plan to celebrate National Rum Day? What’s your favorite rum drink?

One lucky Run DMT winner will win a pair of General Admission tickets to the Summer of Rum Fest.

Disclosure: I received tickets to the Summer of Rum Fest as opportunity through the Tampa Bay Bloggers.