Monster Jam and My Missing Kid

Losing a Kid Isn’t the Pits at Monster Jam

You get the idea.

Yes, I was THAT parent. The one parent that other parents sneer and make remarks about when they hear a lost child announced over a P.A system.

If you haven’t lost a kid at some point in your parenting career, congratulation on being a perfect always together parent. I’m here to tell you that the rest of us lose kids regularly. So much in fact that my kids know EXACLTY what to do and how to handle themselves in such a situation.

Call it what you will. Neglectful parenting or raising street smart kids, but in this bubble wrap helicopter parenting versus free range parenting society, there is a happy medium rather than a judgmental parenting purgatory.

Listen, I’m not trying to deflect or make excuses, however, there are situations when events and children are beyond your control, especially with an independent six year old. But before you get all judgmental or your panties in a twist about my parenting style or lack thereof, let me explain what happened during on Monster Jam adventure last Saturday night.

My family, friends and I arrived early enough to tailgate in the Raymond James Stadium parking lot before the main event. Everyone contributed to the potluck spread and we had tons of food! 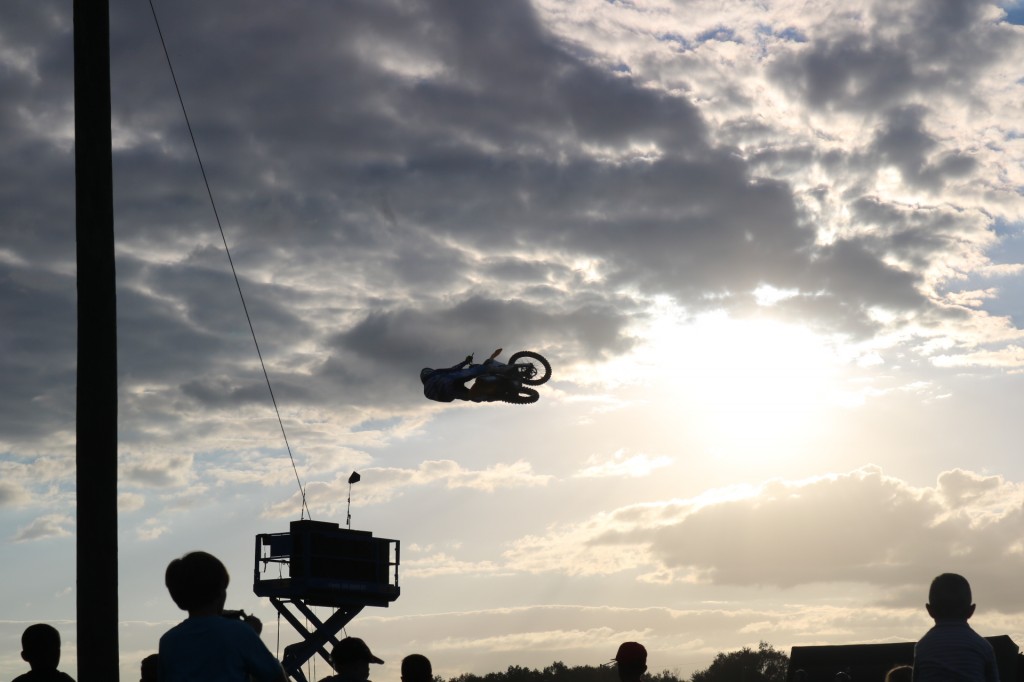 The Party in the Pits is an additional ticket to the main event and offers Monster Jam fans an opportunity to meet their favorite drivers.  Over the course of a few hours, families can watch BMX stunt drivers and inflatables for the kids to climb for an added fee. New to the Party in the Pits this year were a Digging Zone full of soft beach sand and trucks and a Building Zone where kids could build wooden models of their favorite Monster Jam trucks. 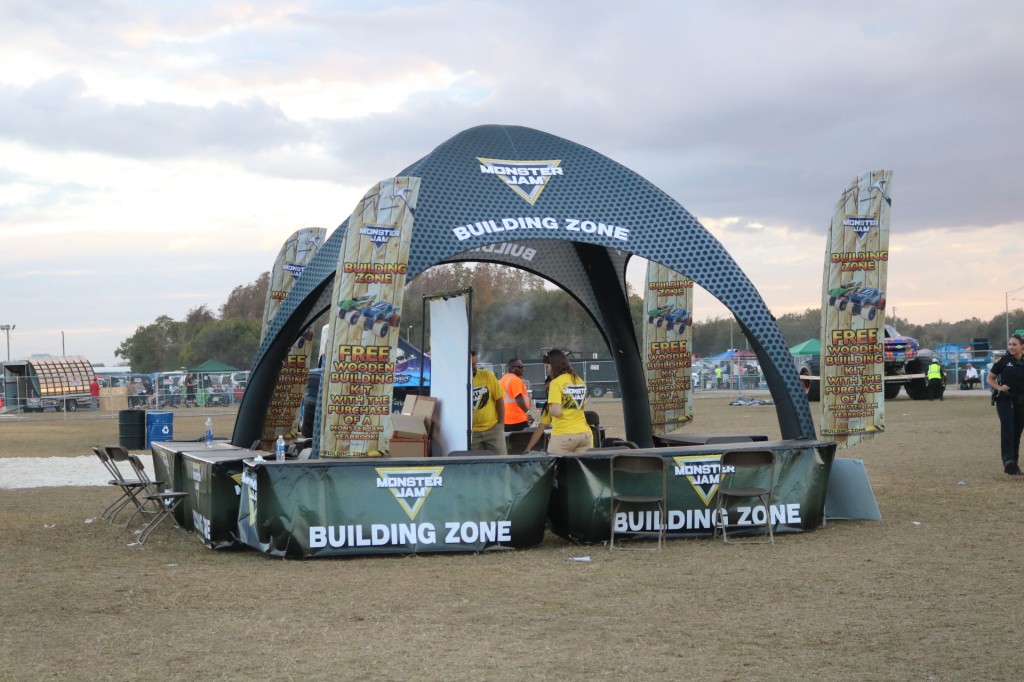 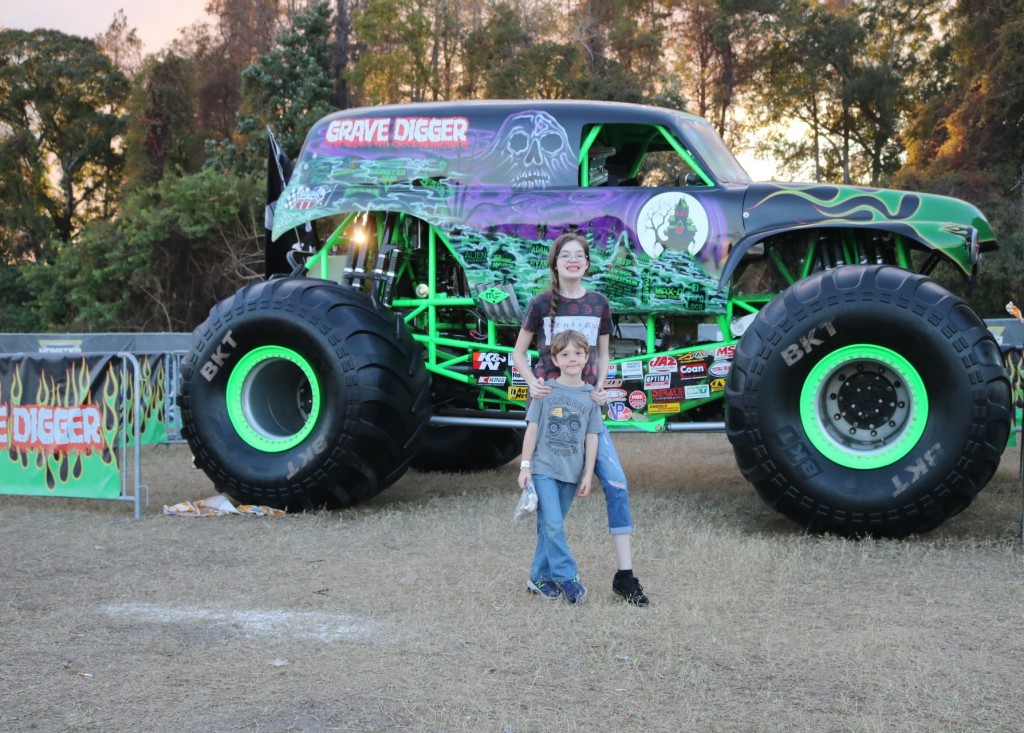 However, we missed most of the up-close opportunities with the drivers and new play zone areas, because my son chose to play in the Monster Mutt inflatable for most of our time in the Pits. I waited in line with Liam, paid the inflatable fee and he climbed into the Monster Mutt time vortex. 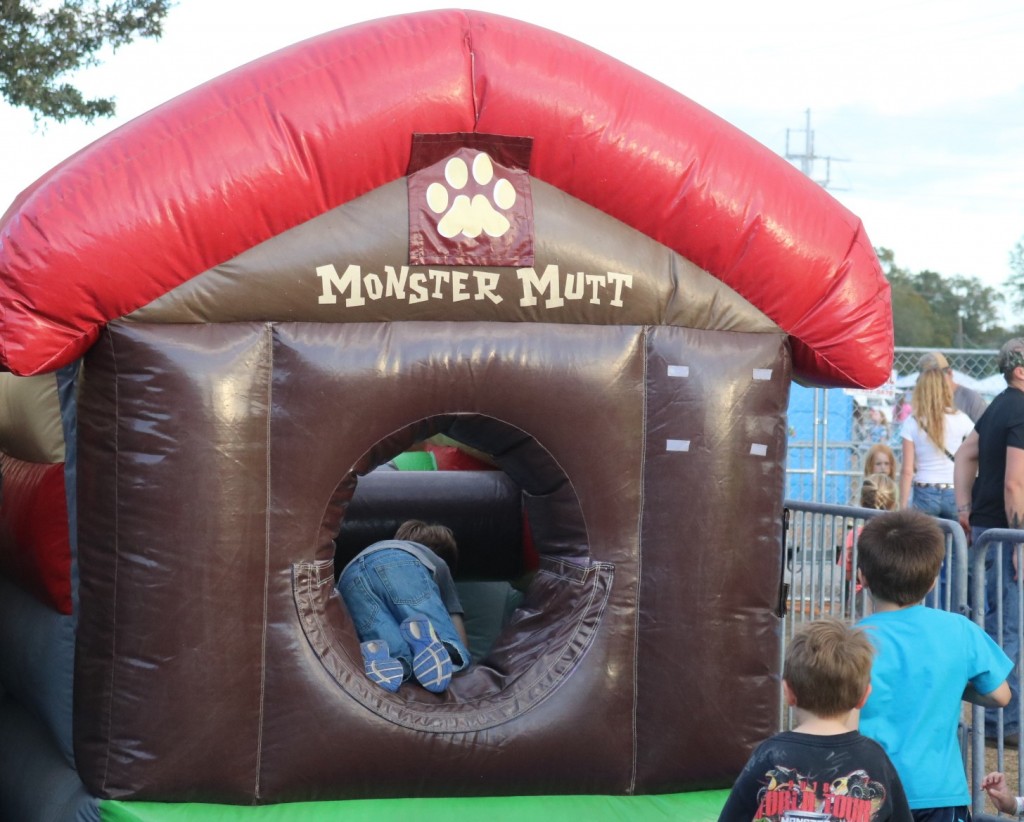 I waited at the exit of the Monster Mutt inflatable. And waited. And waited. I even shared a Facebook Live video while I waited. We My brother-in-law, Erich and Meghan waited with me for what felt like 20 minutes and then, I insisted that they explore the Pits instead of waiting. Waiting was THE PITS. 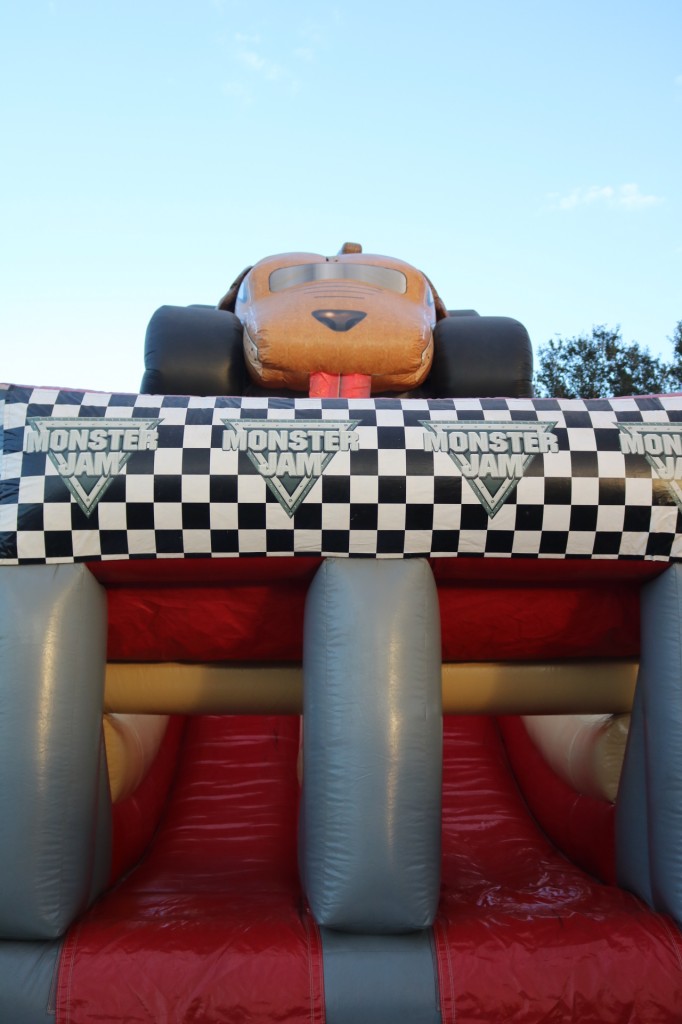 I began to worry and asked the attendants if they had seen him. Nope. I walked around the inflatable and called for Liam. With no sign or answer from him, I returned to the exit of the slide and continued waiting. I figured he found some other boys to bounce with and ignored me.

As it crept onto to 30 or more minutes and still no sign of him, I started to worry. I had seen other children come and go, slide down multiple times and still no Liam.

Then, I heard something over the P.A. system but I couldn’t decipher the announcement over the noise of the inflatable.  It sounded a like a bad drive-thru intercom or a grown up from Peanuts. Shortly after the announcement, Meghan came running over to me, “Auntie Denise! They just called you over the announcements! They said they have Liam over at the Entertainment Zone! He is looking for his mom, Denise and his friend, Meghan!”

Funny, I didn’t know he was lost! How did he run by me and I not see him?!

The great thing about the Party in the Pits is there is one entrance and one exit both monitored by security. The entire area is fenced in and patrolmen on bikes monitor the entire grid. It is a very safe place to lose a child.

So, there are five things to take away from this experience. 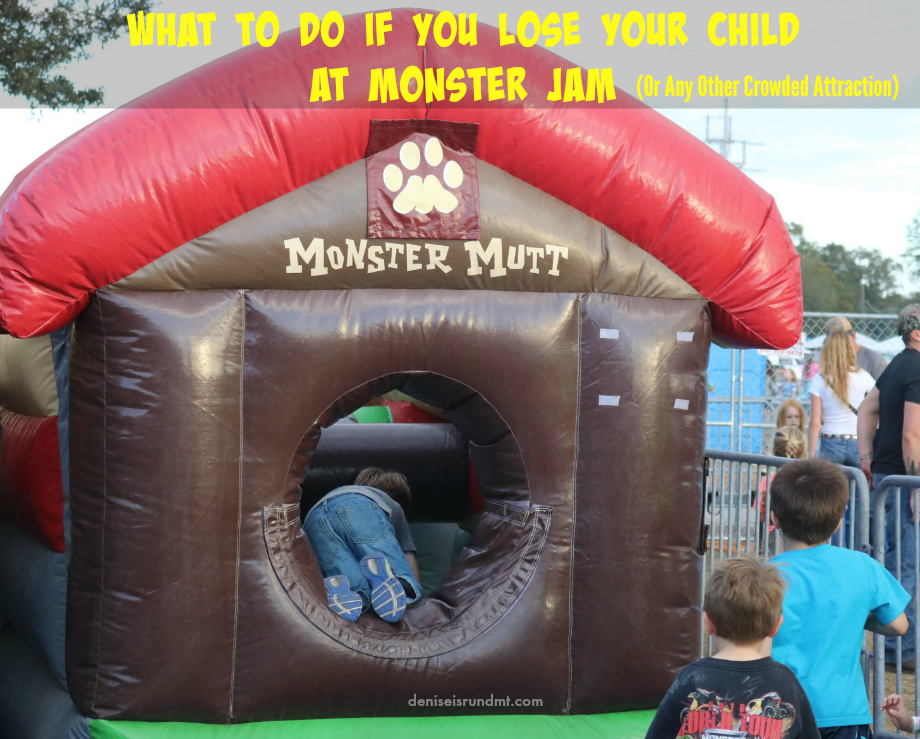 After Liam was safely returned to Mom, we gathered the group and headed into the stadium for the main Monster Jam event. Our seats were so close to the action,  we called it the “Dirt Zone” as occasional bits of sand flew up into our faces, like the Splash Zone at SeaWorld’s Shamu stadium.

With every high flying stunt or flip, the crowd roared like the monstrous truck engines. Grave Digger disappointed the crowd when he lost a wheel but promised to return for freestyle. Son Uva Digger made Daddy proud when he took the title as Monster Jam Tampa Champion. 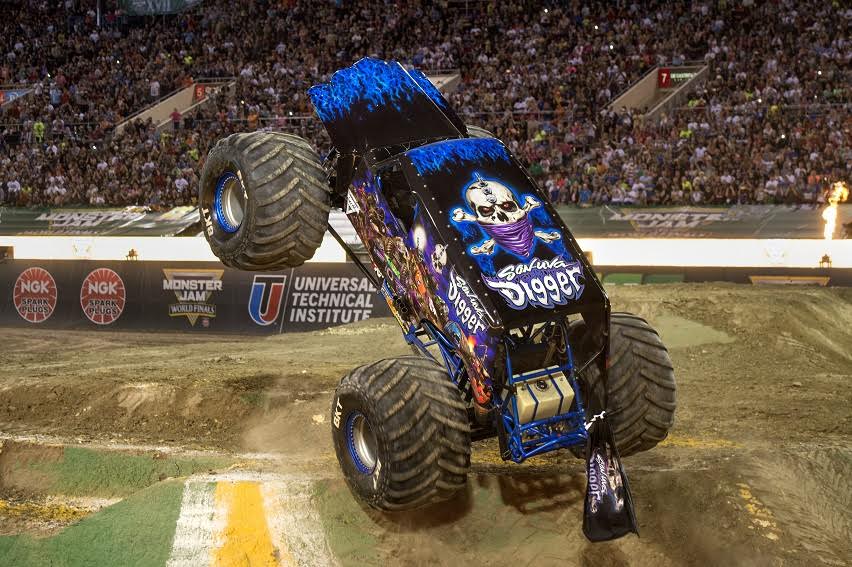 Yes, this year’s Monster Jam was the most rip-roaring experience, yet!

Disclaimer: My family, friends and I received Monster Jam tickets from Feld Entertainment in exchange for promoting the Tampa events. Losing my kid in the Pits was an added bonus!