Have you seen the GE commercial which poses the question “What if great female scientists were treated like a celebrity?”

Similar to the GE commercial, Something Rotten adopts the notion that famous Renaissance artists were treated like rock stars, particularly William Shakespeare. Like the Dolby Theatre in Hollywood, screaming, adoring fans lined up outside The Globe just to hear Shakespeare utter a simple sonnet. With his over-the-top metallic collar and tight leather Tudor pants, he fits the part of a Renaissance rock star playwright. 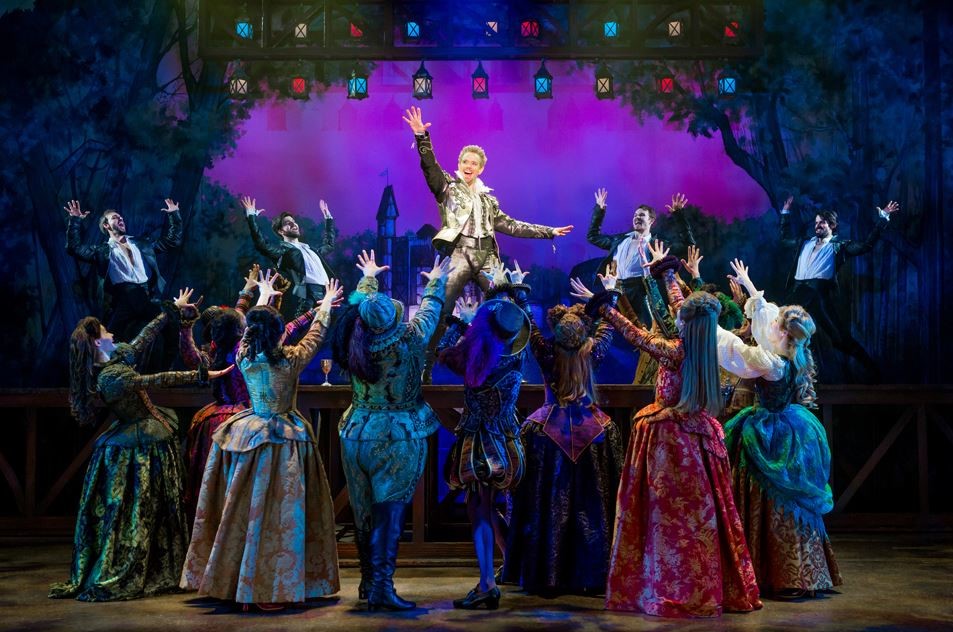 However, the musical also assumes that not everyone during the Renaissance  adored Shakespeare. In comparison to contemporary times, it is remarkably like how I feel about Taylor Swift. I’m not a fan and I just don’t get the infatuation with Ms. Swift. Meh. Whatevs.

I read somewhere that about 90% of artists never make it. In today’s world of YouTube and Instafamous, some have a better shot than others. And much like the starving artists in today’s instafamous, whatever-it-takes world, the Bottom Brothers desire their moment in the spotlight. 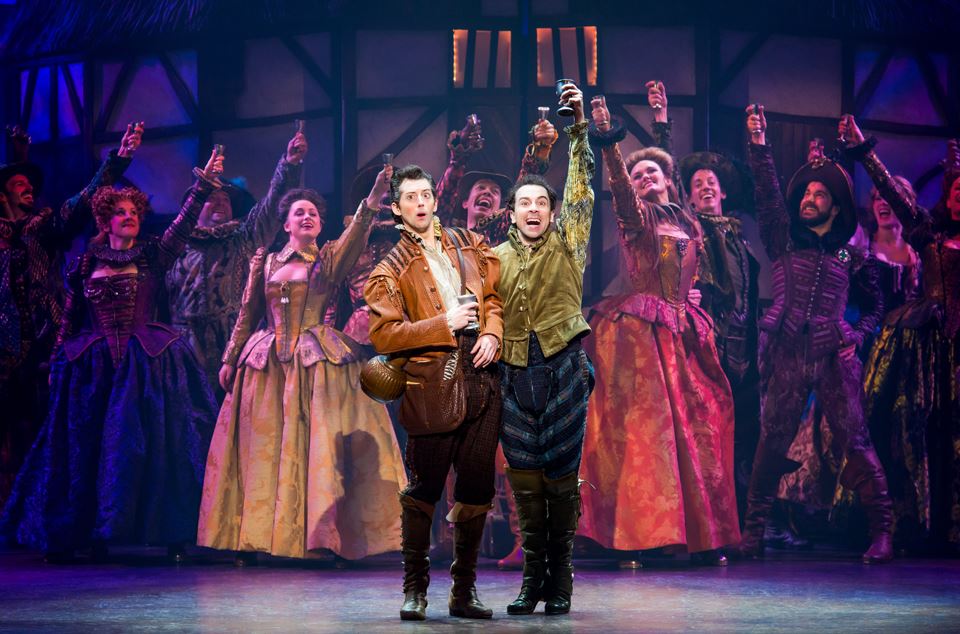 Nick Bottom (Rob McClure) longs to stick it to Shakespeare and create the next best thing before his nemesis does. Nigel Bottom (Adam Pascal),the talent behind the duo, crafts beautiful sonnets on par with Shakespeare. Doubting his brother’s talent, Nick seeks the help of a Soothsayer, Thomas Nostradamus (Blake Hammond) who tells him the next best in the future are MOO-sicals. 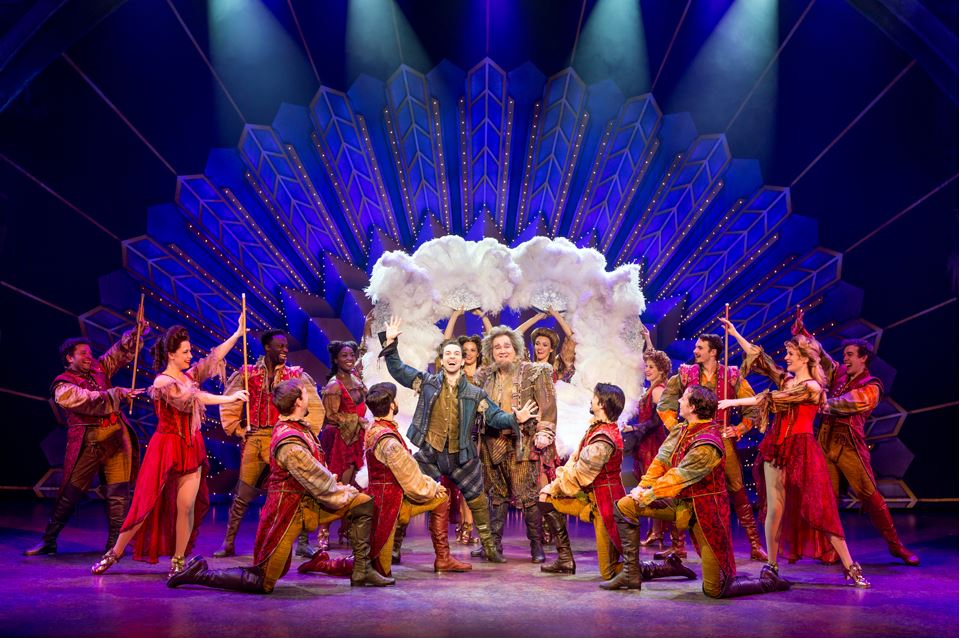 At that precise moment, Something Rotten pays homage to some of our favorite productions, beginning with an introduction to MOO-sicals that sounds vaguely familiar to Wicked’s Wonderful. As Nostradamus explains musicals where songs explain the plot and move the story along, the Tudor backdrop transforms into a stereotypical Broadway production with flashing lights and fanfare, a chorus line, showgirls and the musical theater references continue to tap their way into the scene including. Suessical, South Pacific, RENT, Chicago, Annie and so many more!

Nostradamus predicts Shakespeare’s next big idea to be “Omelette: The Musical” complete with danishes, chimney sweeps, a king, an uncle named Scar and cats. Honestly, the musical theater puns are “eggcelent”.

The superb talent of the cast with their ability to perfectly deliver lines and pregnant pauses for jokes plays so well into the overall silliness of Something Rotten. Even the audience plays a role in the production as the cast feeds off the audience’s applause and laughter.

Something Rotten is playing at the Straz now until Sunday, March 12.

Disclosure: I received tickets to Something Rotten as opportunity through the Tampa Bay Bloggers and the Straz Center for the purpose of this review. The opinions shared are my own.