Disclaimer: I received tickets to The Book of Mormon as opportunity through the Tampa Bay Bloggers and the Straz Center for the purpose of this review. The opinions shared are my own.

Two Mormons and a Warlord walk into an African village.

Sounds like a line from a really inappropriate joke. From the moment the curtain opens, The Book of Mormon pitches one inappropriate joke after another producing a grand slam of hits as the audience roars with uncontrollable laughter. 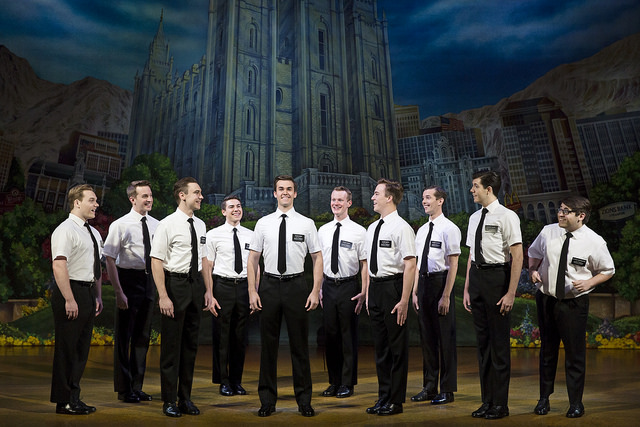 More than just inappropriate jokes, The Book of Mormon shares a clever running commentary of all the world’s hypocrisy from religion to human rights, where humor seems improbable. When normally these issues may bring tears to your eyes, The Book of Mormon  finds a way to make you cry from laughing so hard, but then what do you expect from the creative talents of Matt Stone and Trey Parker?

For the musical theater lover, The Book of Mormon gives a nod and a playful poke to some of Broadway’s most beloved shows including Annie, Wicked, The Lion King, Joseph and the Technicolor Dreamcoat, Jesus Christ Superstar, Little Shop of Horrors, A Chorus Line, Phantom of the Opera and Sound of Music to name a few. Pay close attention in between chuckles or you may miss the references. 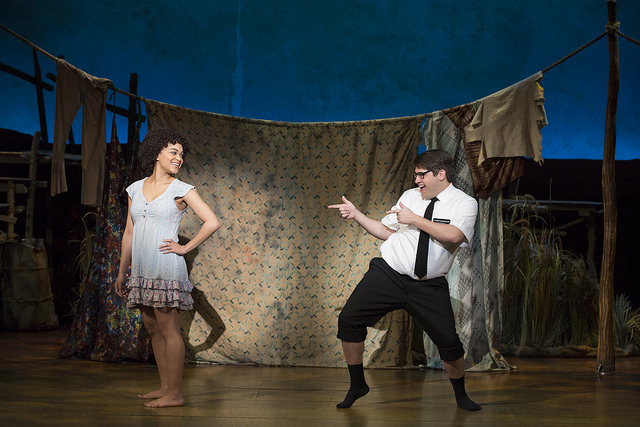 With all the amazing musical theater nods, the entire cast demonstrates unmeasurable talent needed to deliver the balance of a straight-laced vanilla Latter Day Saints lifestyle mixed with the beautiful sounds of the African culture. After all, if you’re going to attempt a Wicked meets The Lion King-like musical score, then you to have the chops to do it. 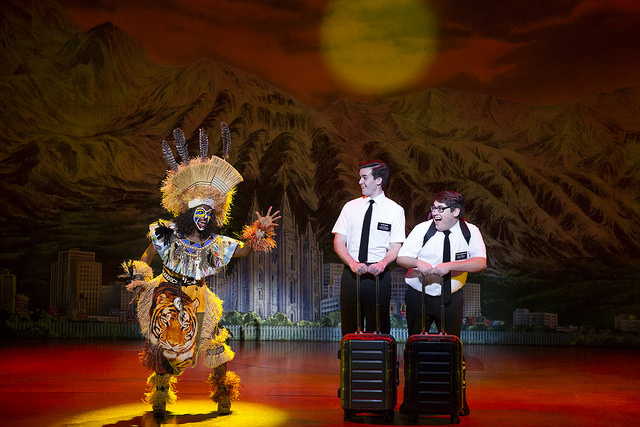 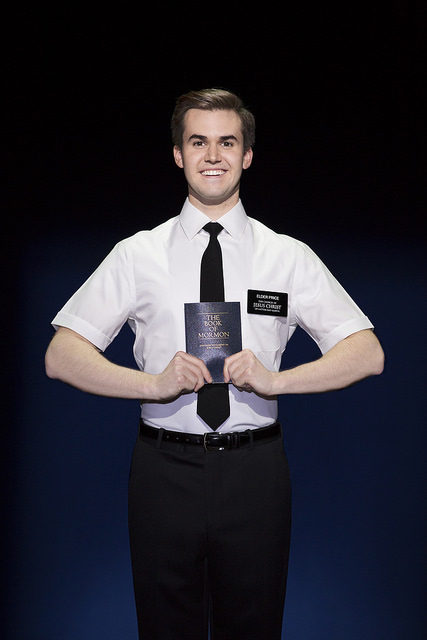 Even the set design plays homage to Broadway days of long ago. While modern Broadway produces backdrops on LED screens, The Book of Mormon builds a physical set; stage hands constantly change sets and move scenes like an old-school musical while an orchestra sits in a pit playing interludes to in between scenes.

From start to finish, The Book of Mormon is a comedic musical masterpiece. 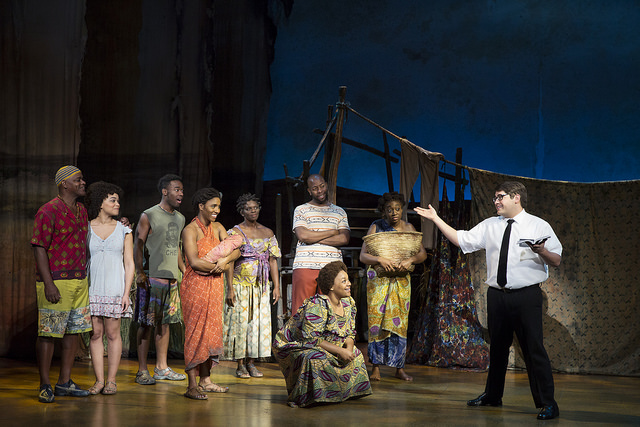 Find musical theater salvation, adult language and content and uncontrollable belly laughs at The Book of Mormon now playing at the Straz Center until Sunday, December 10.

For tickets and showtimes, visit www.strazcenter.org.

See the show for a steep discount price!

The Book of Mormon production company will conduct a pre-show lottery at the Straz Center Ticket Sales Office making a limited number of tickets available at $25 apiece. Click here to learn more details about The Book of Mormon ticket lottery.