Tuesday night, the girls built three traps in a desperate attempt to catch a leprechaun again this year.  Allana decided to create two completely different traps than she had built in previous years since those traps were so unsuccessful.  Using some of the ideas presented in the children’s book, The Night Before St. Patricks Day, Allana began devising a new plan.

With a hole cut into a shoebox, Emmalynn kept her design simple.  She used a Lincoln Log train track as a ladder to lure the leprechaun into the hole and placed a chocolate gold coin on top of the box.  Inside the box, she added yellow Legos as more bait.  Hopefully, the leprechaun would mistake the Legos as gold bricks and greedily fall into her trap. 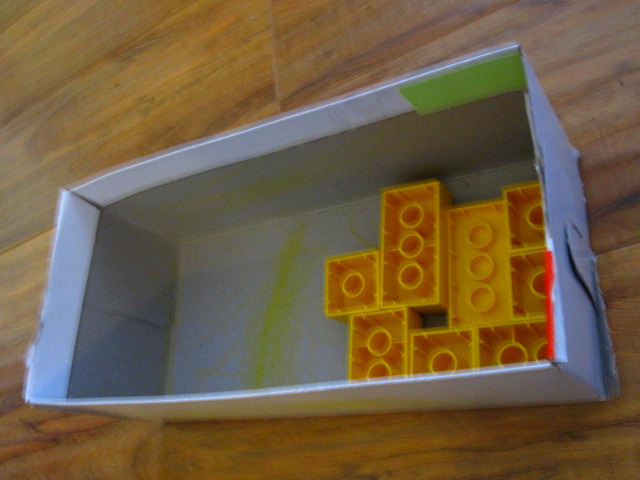 Allana built a tower of Legos with a Lincoln train track for a ladder and taped a toilet paper roll covered in green paper at the top.  She carefully placed a Chuck E. Cheese token at the end of the tube and strategically placed a tin can wrapped in green paper below the tube.  This contraption would entice the leprechaun up the Lego tower where he would find a gold coin and climb through the tube to steal it.  He would then plummet into the tin can and be trapped. 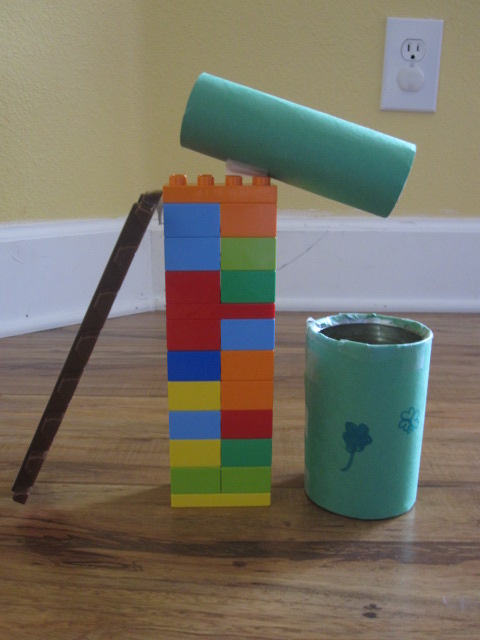 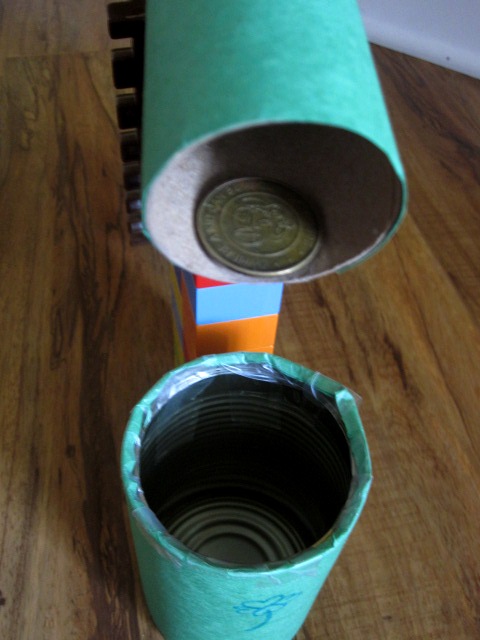 For the third trap, she covered a shoebox in white paper and decorated with shamrock stickers.  She laid a sheet of green paper across the top and carefully placed a gold rock (her own version of fool’s gold) in the center.  Once the leprechaun grabbed the gold rock, he would fall into the shoebox and be trapped by the green paper. 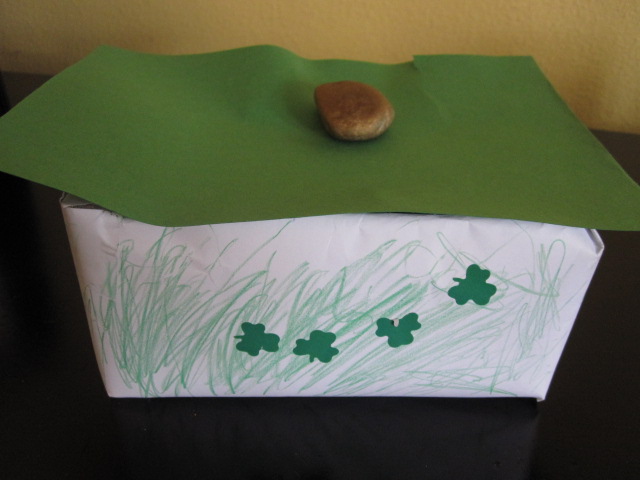 The girls set their traps around the family room before they went to bed.  The next morning, the girls sprang out of bed and ran into the room to see which trap caught a leprechaun.  They hoped all three would catch a different leprechaun.

Much to their disappointment, they found no leprechauns.  Instead, they did discover a pile of green and gold goodies and treats in each trap. 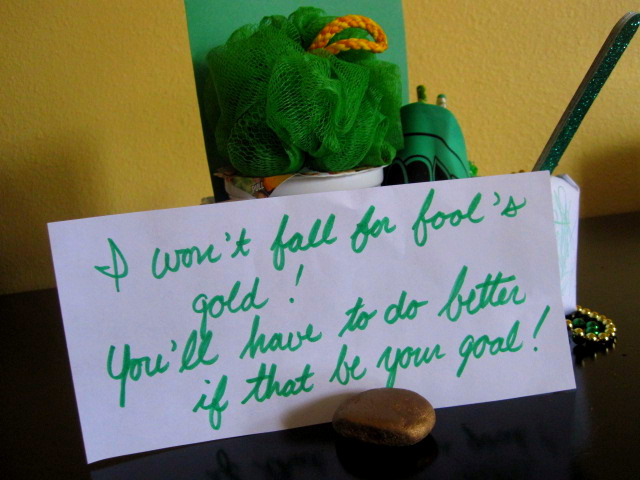 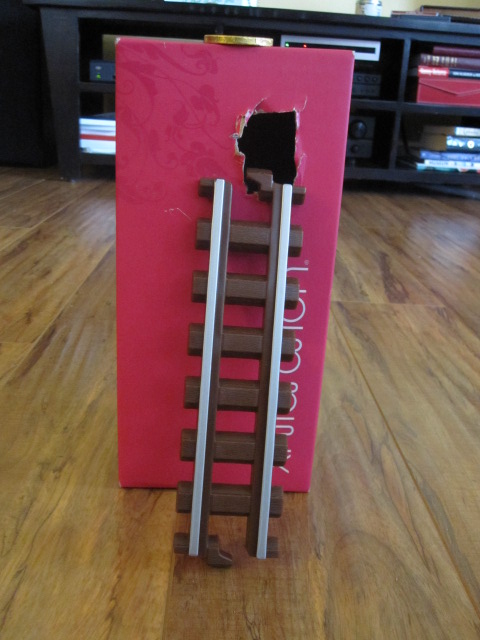 Not only did not catch a leprechaun again this year, some tricky leprechaun stole all their gold coins but left the fool’s gold behind. 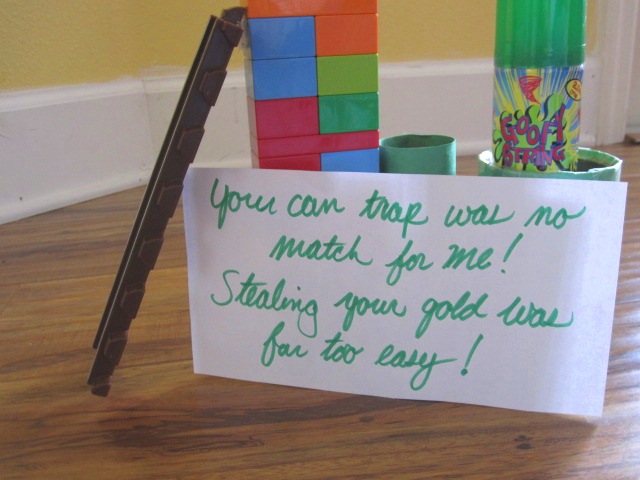