Despite some truly unbelievable heat, there were some outstanding performances at the Lutz Independence Day Run yesterday. Everyone looked strong, driven and focused. 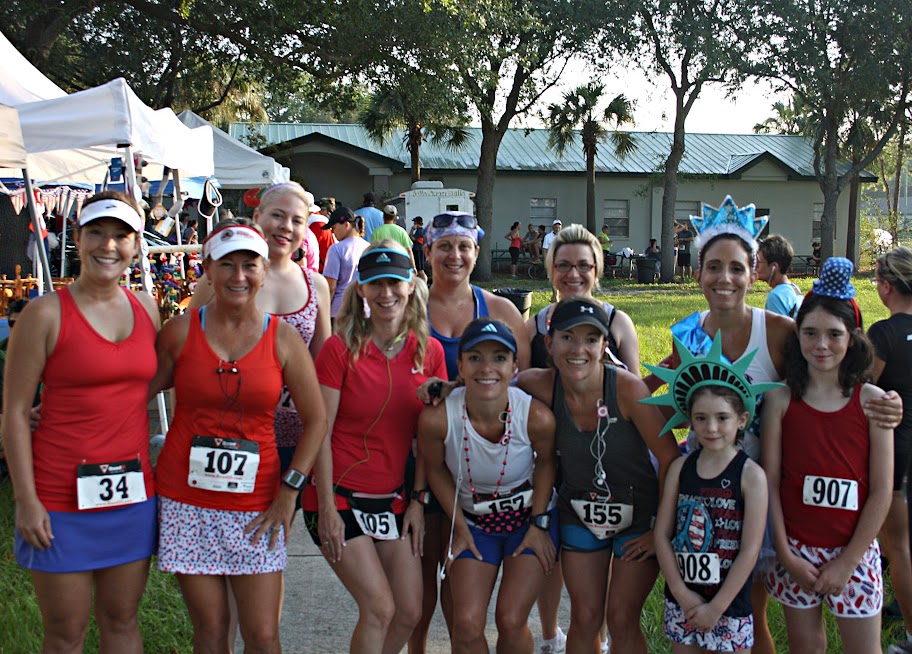 I don’t know why I went into this race thinking I would PR or even wanting to PR.  I so desperately wanted to beat my Spring Sprint time.  I wanted to prove that I could run as fast as I could three years ago.  With 90 degree temps, I really don’t know why I put that pressure on myself.

Since I was still suffering with a slight head cold, I decided against taking any photos of the race and just focused on running, which was totally a game time decision.  Thankfully, our Suncoast Striders photographer, Aaron, was on hand to take photos for us. (A big THANK YOU to him for sharing his race photos with me! xox)

I started the race with about an 8:30 pace, which I knew was a tad fast for me, but it felt good.  I didn’t feel like I was struggling.  I know I could keep it up until the first water station at 1 mile and I did.

At that 1 mile marker, I took a short walking break, sipped on some water, poured a cup down my back and soaked up the sprinklers one spectator was so kind to turn on for the runners.  Then, my friend, Chrissy, caught up with me.  She was only a few seconds behind me and seemed steady and strong.  Whatever pace she had held (9:00?) was working for her. 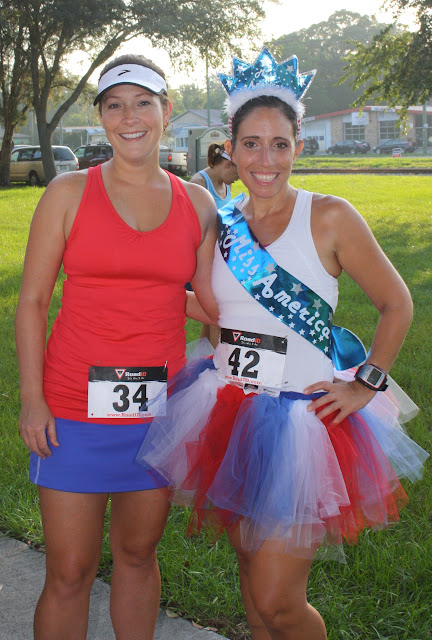 After our brief water break, we picked up the pace again. Chrissy fell behind for a little while, but then Larissa scooted on by me.  With pig-tails flowing behind her, she looked great and didn’t seem to be struggling at all.  I want to be that pace.

As Larisa became a blur in the distance, Becky ran alongside me and I paced with her for a little while.   At the turnaround, I saw of our faster friends, like Scott, JM and Tara, who all looked confident and strong.

That last mile was the toughest. As we headed back to the finish, the sun beamed down on us and it felt like the temperature was rising with each foot step. Once back at the water station, I had to walk again and Chrissy caught up with me again.

I yelled, “C’mon, Chrissy! Let’s pick up the pace”, but I don’t think we had it in us as more of our running friends, Jen, Elizabeth and Marie passed us.

Sometimes the race isn’t always about the PR but just getting out there and pushing yourself.  I may not have PR’d (although Chrissy did) or won the race, however, I think dressed as Miss America, I owned it.  I really do love wearing tutus and tiaras to races. 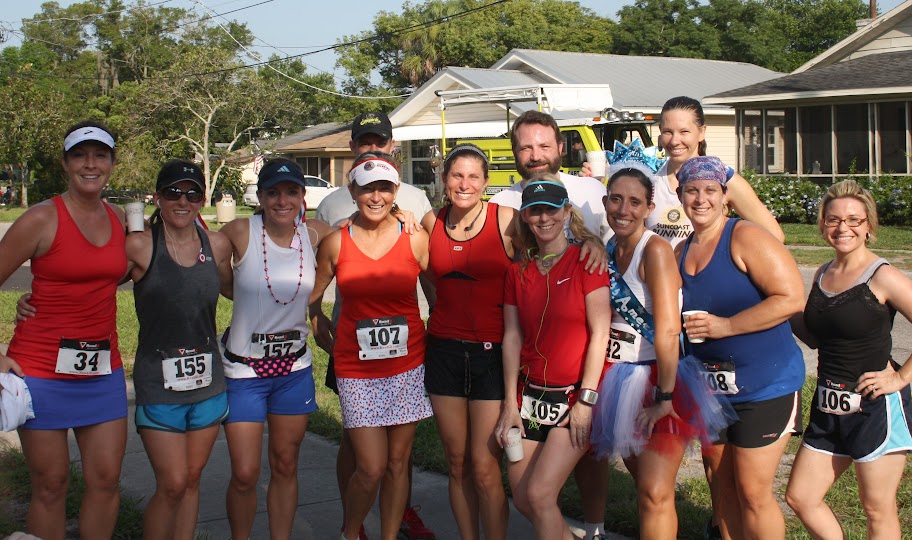 After the 5K, my girls were supposed to run the 1 mile fun run.  Emmalynn decided she didn’t want to do it and given the heat, I didn’t push the issue or her.  When Allana and I walked over to the 1 mile start, we realized the race had already begun and we were 3 minutes behind.  Oh well.  We still ran. 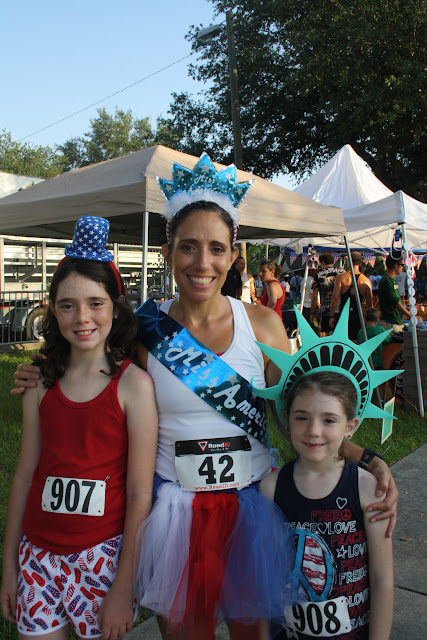 Allana held a nice easy pace and we just had fun with the short distance.  We laughed and made up silly songs.  We put fun in fun run. 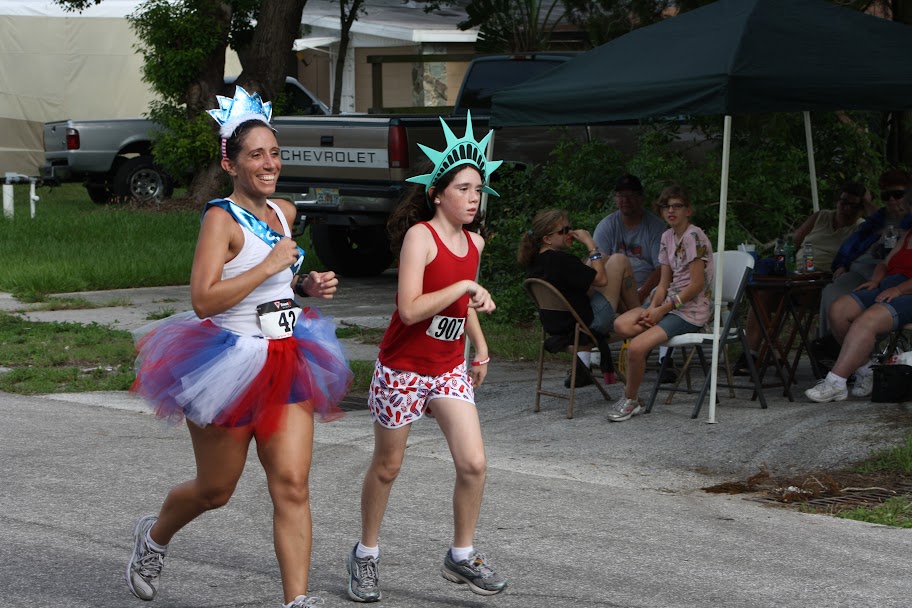 As we approached the finish, I told Allana to ignore the time on the clock since we were three minutes late to the race.

We may have started late, but we finished under 13 minutes and we earned some shiny new ribbons for our efforts, which coordinately so nicely my Miss America sash and tiara.