Yesterday, my sisters in law and I attended a live taping of The Daily Show with Jon Stewart for their first stop in Tampa for the Republican Nation Convention 2012, or as The Daily Show refers to it “The Road to Jeb Bush 2016”.

We arrived at the Straz Center around 1:30 for the distribution of the first come-first served numbered tickets.  Though we arrived with hours to spare, there were about 200 people ahead of us. Around 3:00 pm, the producers began handing out the tickets and then we waited another hour to enter the Ferguson Hall. 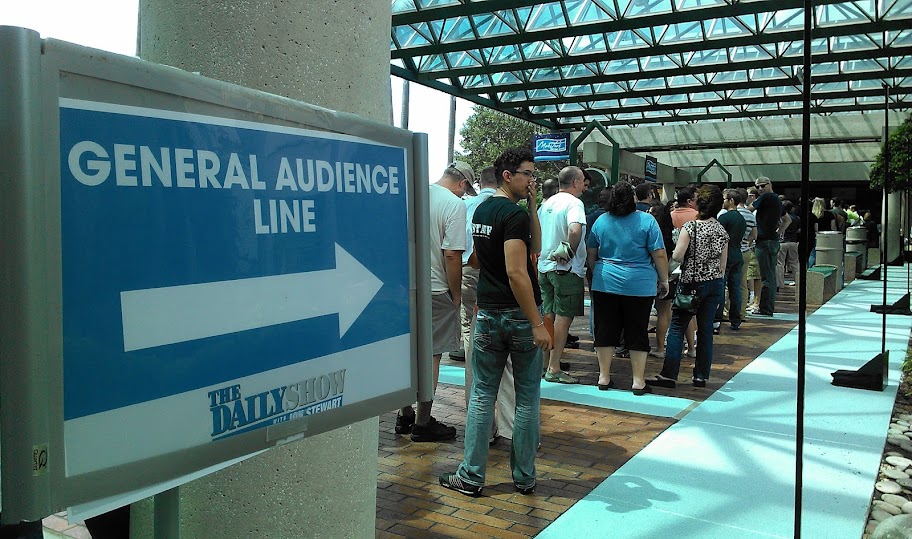 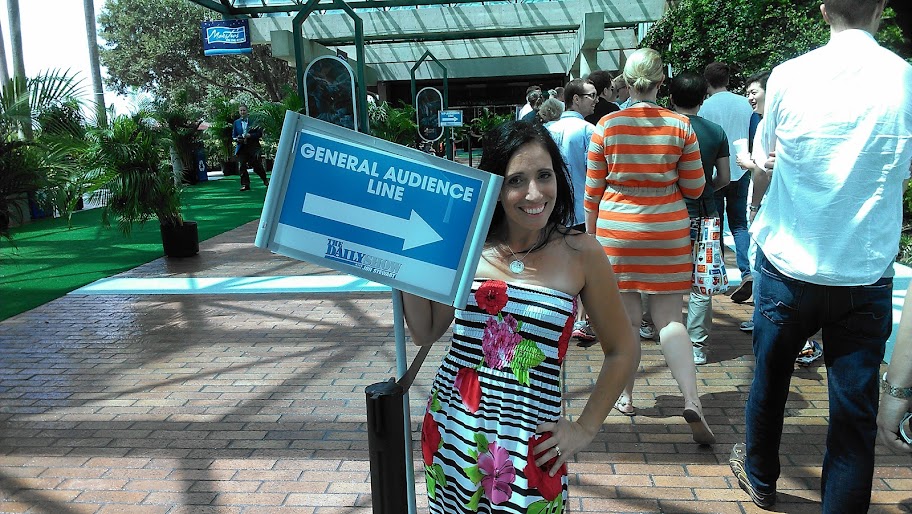 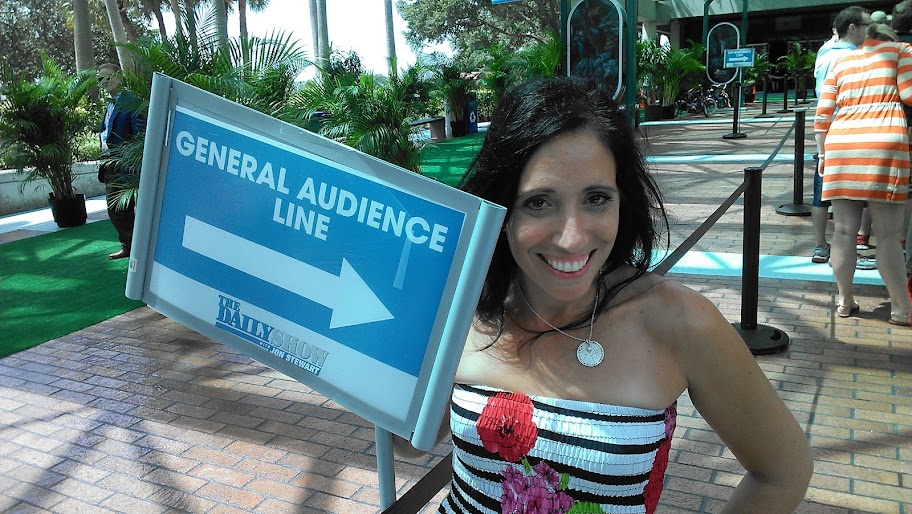 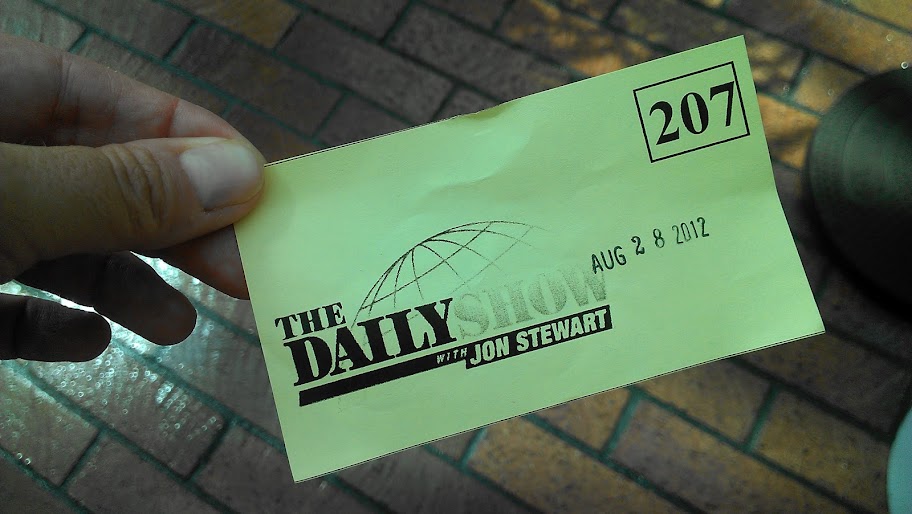 Upon entering the lobby, we were given audience participation rules. 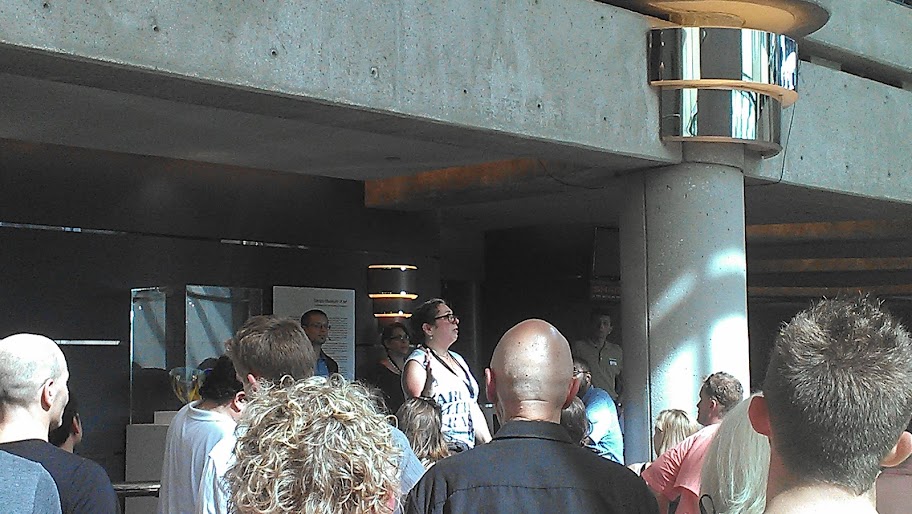 “No cameras or any other types of video recording devices will be permitted and will be confiscated.”

“No eating or gum chewing.”

“No calling out.”  Actually, I believe her words were, “Don’t be that person.  Don’t be a jackass.  Today is not that day.”

Once escorted to our seats, we waited another hour or so for the audience warm-up comedian.  By targeting and teasing people in the audience, we practiced our made for TV laughs.

Shortly after the warm-up guy, Jon Stewart greeted us and answered a few questions.  Regretfully, he called on a happy burned-her-bra-hippie chick who swayed to some Grateful Dead music in her head as she stood to ask her question, which I can’t remember because I was too busy laughing at Jon Stewart’s reaction to her.  “Oh o.k.  Um…yes…I’m just going to look this way,” he said as he turned his back on the happy-headlights-on-hippie yet still listening attentively.

I anxiously held up my hand up to ask a few questions, but I wasn’t chosen.  Had I been, I would have asked, “Are you planning another Rally to Restore Sanity and/or Fear?”  “When can we expect a “You Wrote It. You Watch It” reunion?

After a few jokes and one-liners, Jon thanked us for attending his show and the taping began.  Every seat in the house offered a great view of Stewart’s news desk, but no moments were missed in part to the monitors mounted throughout the theater.

Once the show started, they wasted no time dishing out the zingers about Tampa’s meth labs, humidity, insects and strip clubs.  There were also some misplaced laughter as the audience watched the Best F*cking News Team prepare for their “live reports” in front of two huge green screens.

Though I would have preferred a break from the Republican hoopla and hot air with an appearance from a left leaning talking head like Rachel Maddow or Chris Matthews or any Democratic politician, tonight’s guest was Marco Rubio, an interview I would have fast-forward through if I was watching at home.  However, Stewart’s playful banter with Rubio made the interview tolerable.  (Watch the extended interview with Marco Rubio to hear more of their discussion and the audience’s reaction to their talking points.)

Once the show wrapped up, we were escorted out of the theater, but not before I could snap a shot of the stage.  I needed some evidence to prove we were there. 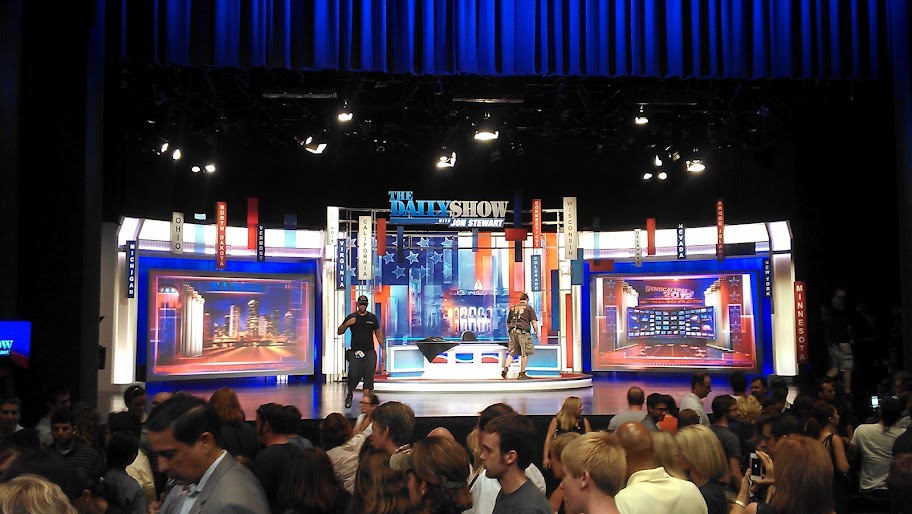 And thankfully, my phone and I lived to tell the tale.

(Thank you, Kirsten, for acquiring the tickets and for sharing them and the day with me!) 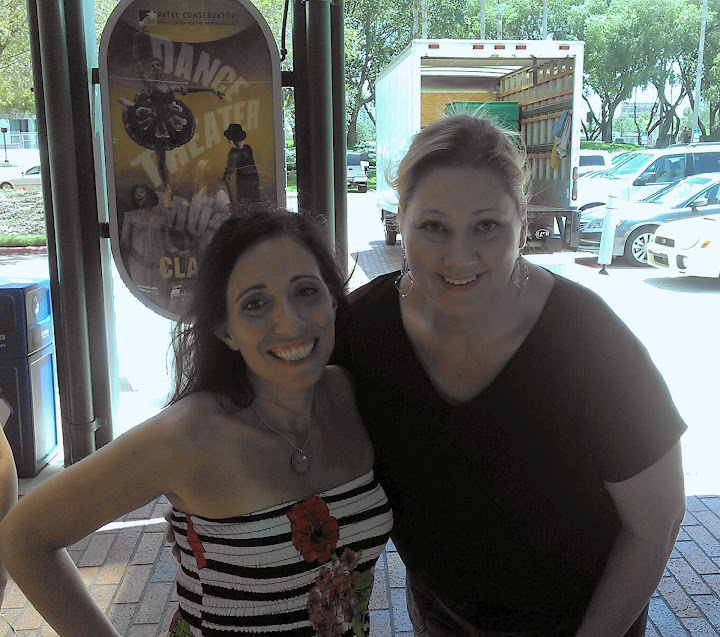