Last year, I made the transition from mini-van to SUV. I loved my mini-van but with all our outdoorsy adventures of races, camping, beach trips, canoeing and trips to the North Carolina Mountains, it seemed like a SUV would fit us better. So I traded in my Odyssey, The Black Pearl for a Pilot, The Jolly Blogger. (Yes, all my vehicles have pirate-themed names. It’s a Tampa thing.)

Sadly, after driving my Pilot for nearly a year, I’m ready to trade it in. Although its ruggedness fits my family’s lifestyle, the drive didn’t fit me. It drives like a truck.

Now that may seem like a dumb statement. Of course, it drives like a truck! It’s a truck. However after driving a mini-van for over eight years, I was used to the cushioned, more car like feel of a mini-van. Plus, no matter how much I shift the seats and steering column, I cannot get comfortable in my Pilot.

The next obvious question: Didn’t you test drive the vehicle? Well, of course, I did, silly! It felt fine for the fifteen minutes I drove the vehicle along the highway.  But a year later with many, many miles (over 20,000 added on since the day we drove it off the lot), it is just too much truck and too much wasted gas for me.

I need a vehicle that can handle the miles, good on gas and FITS ME!

When I saw the commercials for the Subaru Forester 2015, I instantly fell in LOVE with the vehicle. After all that’s what the ad told me to do. But it was the family in the commercial that reminded me of my own family. New cars don’t hang onto their new car smell for very long, especially with my son’s moldy sippy cups under the seat.

Then, I saw this one. I was sold, because “They lived.”

Subaru Forester 2015 is good on gas and the safest vehicle on the road with its five-star safety rating. YES! I want it. Gimme. Gimme. Gimme.

But I had to convince my husband. He was already in agreement that the Pilot had to go, but we couldn’t agree on a vehicle. Five rows? Seven rows? What about the storage?

Then by chance, Reeves Subaru had parked a Forester on the lawn at the Spring Beer Fling. I could explore, touch, see and feel a Forester up close and in person and drool over it.  I even tweeted about it and Reeves invited me in to test drive. 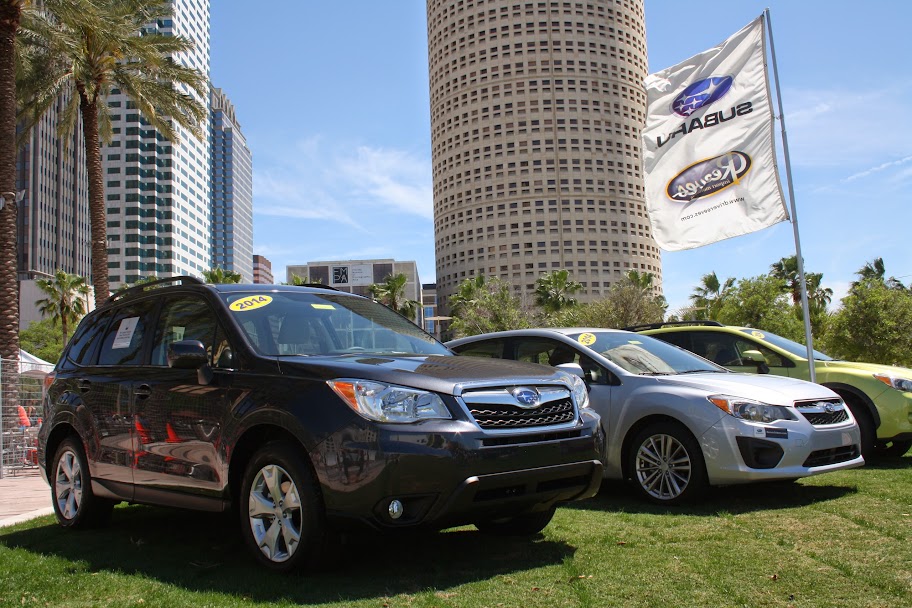 But this test drive wasn’t your typical fifteen minutes, so what do you think test drive. Reeves allowed me to take a 2015 Forester home for the weekend to see how the vehicle fits my lifestyle, my family but most importantly, me – THE DRIVER. 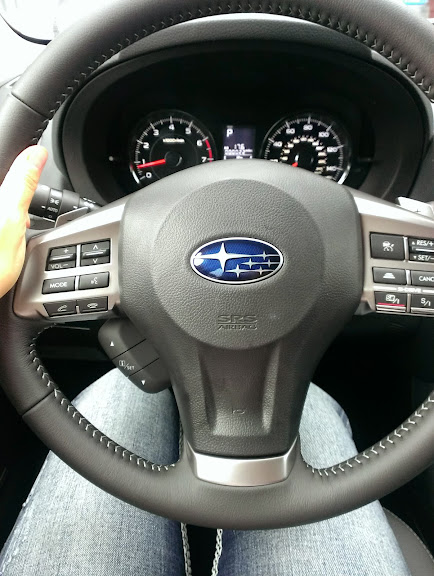 First off, the Forester fit me perfectly! I’m petite, so I always have to move the seat as close as I can to the steering wheel without kissing the windscreen. With the Forester, I found myself seating a little further back with some lift and I could still see the road. It was amazing! When hubby adjusted the seat for his 6’2” frame, he had plenty of headroom, which is an issue for him. 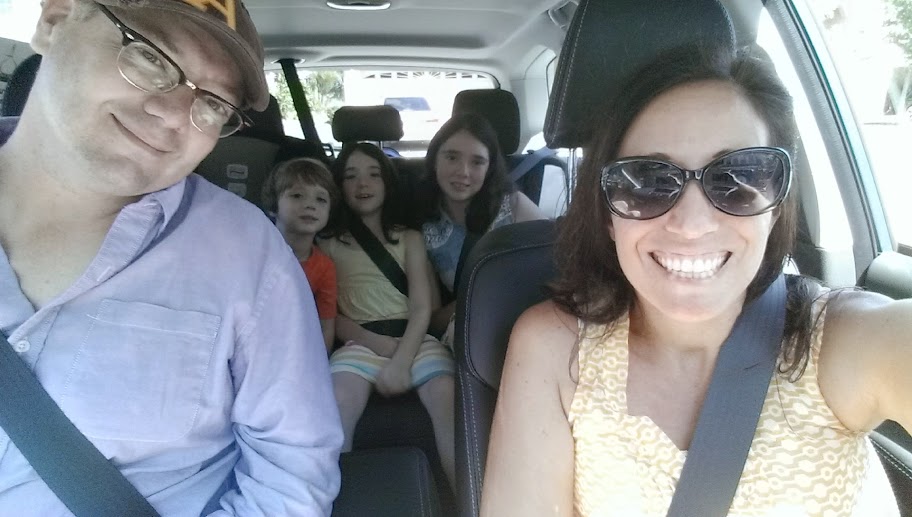 Reeves Subaru was kind enough to provide me with a top-of-the-line Forester Touring. I wasn’t used to turbo and the peppy acceleration, but man, that was FUN! I found myself passing and merging like Speed Racer all while staying within the speed limit.

There were so many incredible features and technology that I became accustomed to very quickly, like the color touch screen to access the Navigation and XM, which also displayed all the engine telemetry. I could also access the controls from my steering wheel. 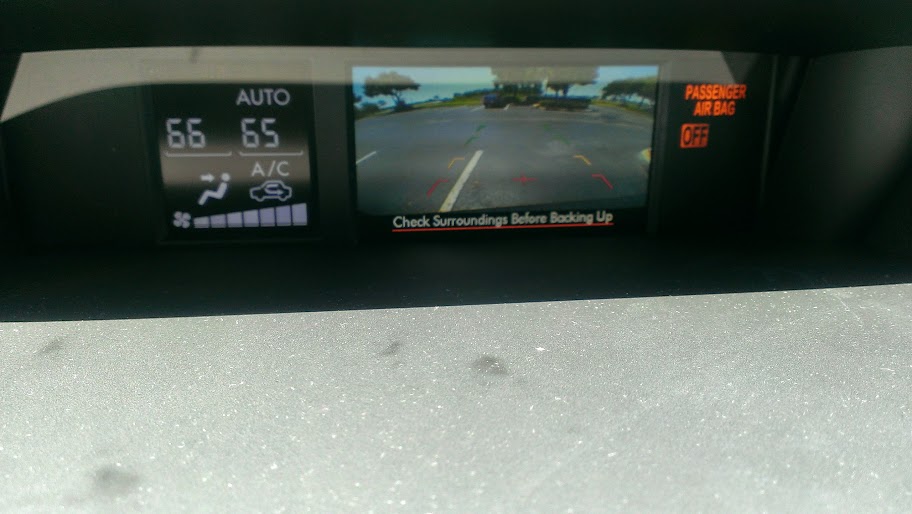 An alert would flash up on the dash along with a visual warning anytime I crossed the adjacent lane or came close to the shoulder of the road. The vehicle even applied the brakes automatically. 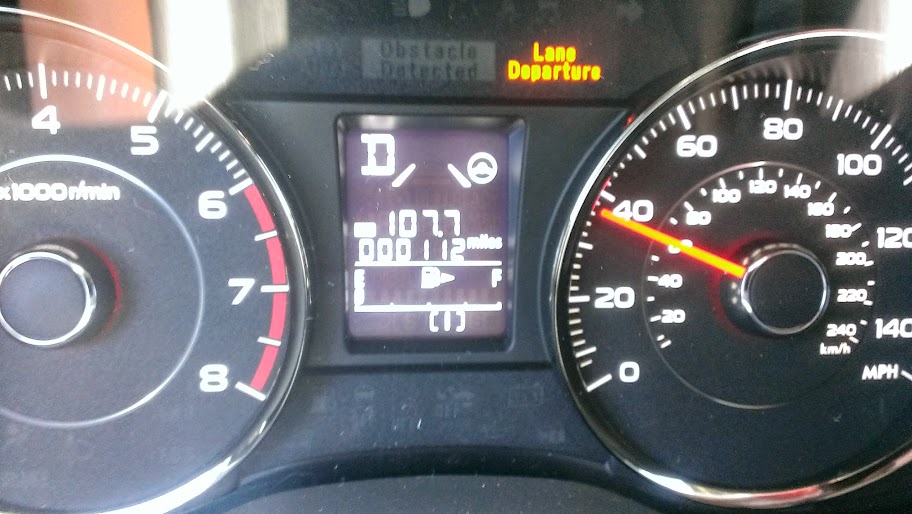 Another feature that this mom on the run loved was the Rear Lift Gate which I could operate with just one push of a button on the key fob, on the dashboard or on even on the hatch. When I’m loaded down with groceries and pushing a stroller, one push of button to open the hatch is fantastic! The hatch had plenty of storage for a mom on the run… 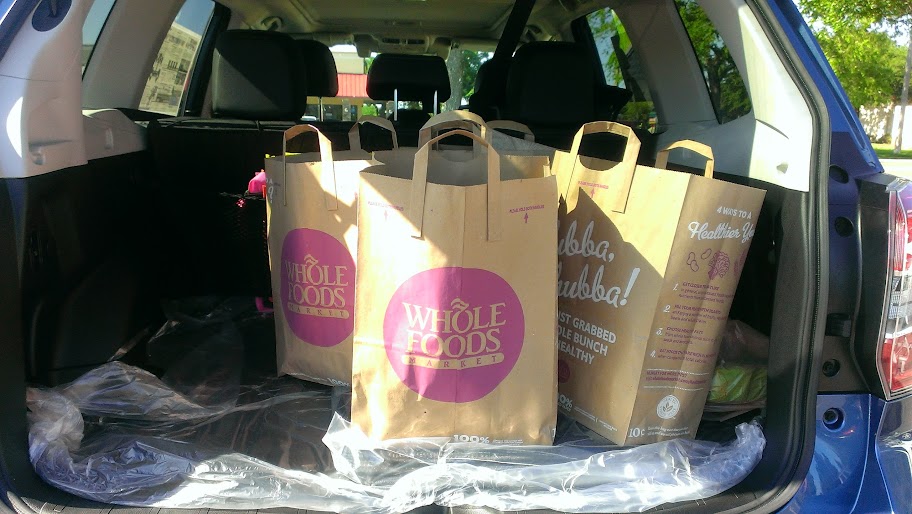 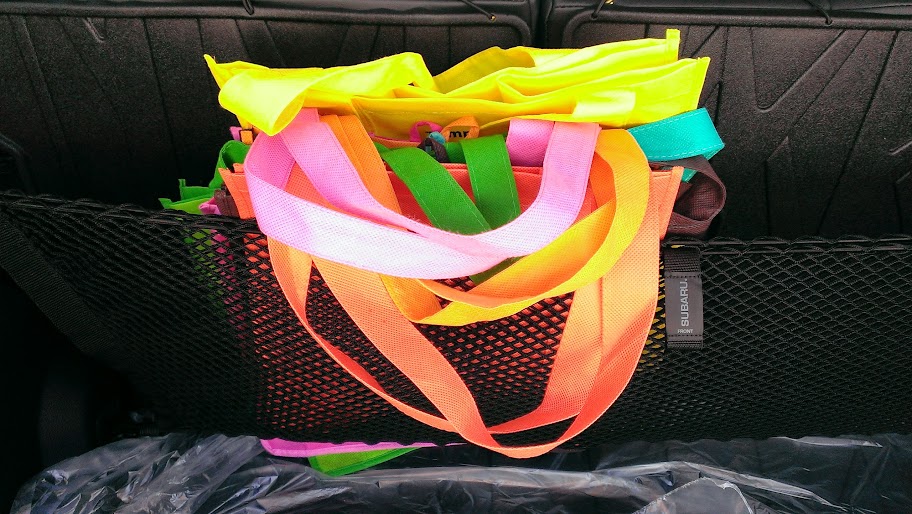 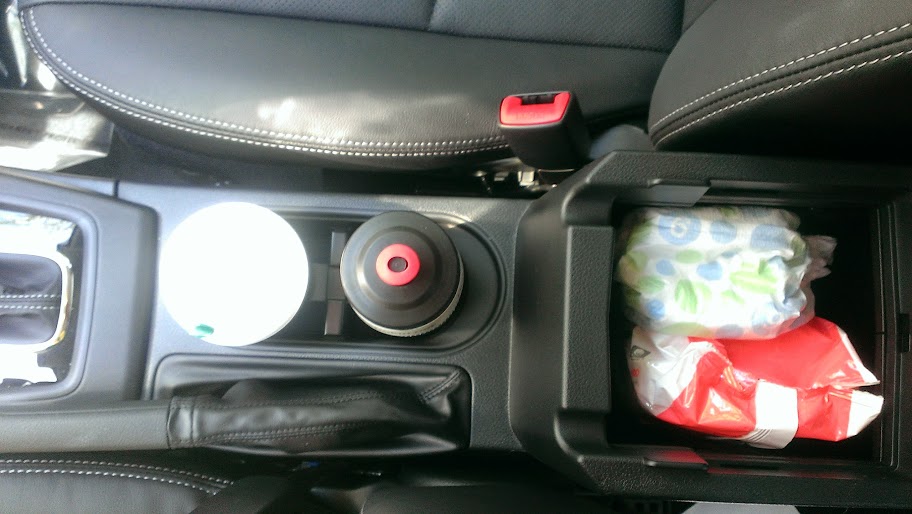 but unfortunately the backseat was a little tight for my three kids, one still in a full car seat.  There is no third row option with the Forester. 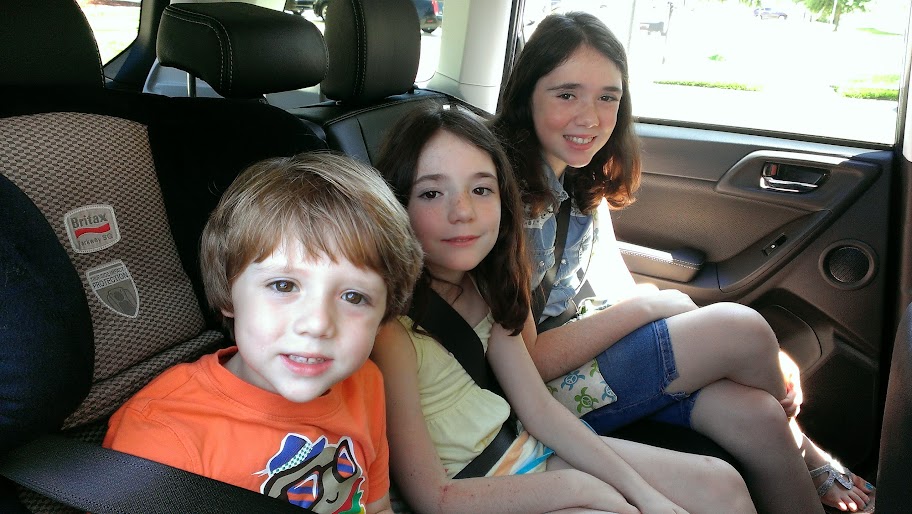 And speaking of key fobs, this little Forester had a fancy Keyless Access and Start. I had all the features of a high-end luxury car in the suburban mom price range.

Next to cool engineering and mechanics under the hood of incredible vehicle, the Dual Climate Control made my hubby smile. We could each adjust to the temperature to our own liking.

But what I truly loved the most was the DRIVE. It drove like a car with all the cool SUV specs. My husband called the Forester “a driver’s car”. And that’s no lie! This runner found the right ride in a Forester. 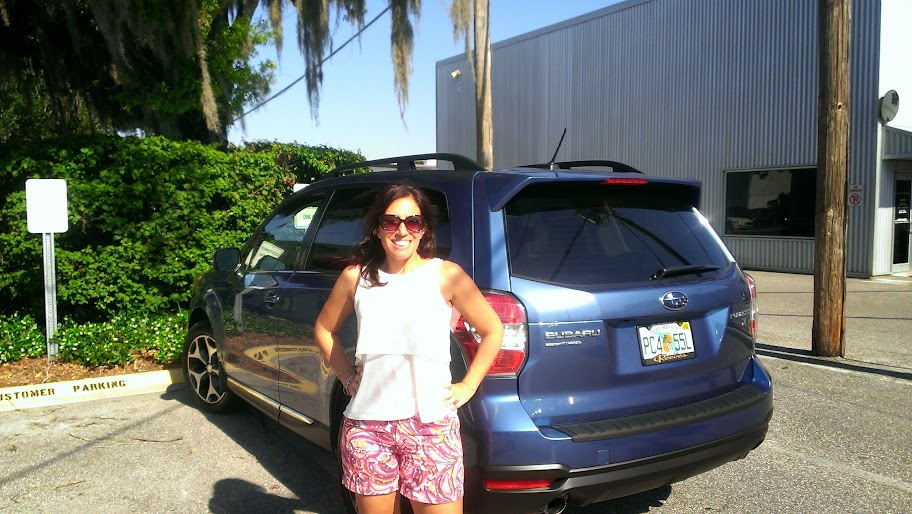 Run DMT and Reeves are partnering up to showcase Reeves’ extensive line of luxury vehicles. Over the next few months, I will test drive a variety of vehicles and share my review of the ride and how it fits my mom on the run lifestyle. Follow #ARunnersDrive #DriveReeves on Twitter and Instagram along with @ReevesTampa, @denisermt and @run_dmt for updates, tweets and photos.

If you are in the market for a new vehicle, visit Reeves Import Motor Cars online to view their complete inventory of new and used vehicles available.