Disclosure: I received tickets to Kinky Boots as opportunity through the Tampa Bay Bloggers and the Straz Center for the purpose of this review. The opinions shared are my own.

You have to love a musical which plot centers around a shoe. 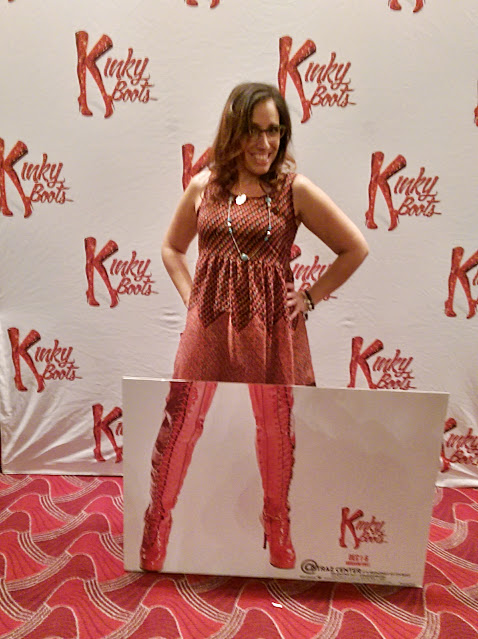 To quote Kinky Boots a shoe is “the most beautiful thing in the world”. Honestly, as a runner who spends miles, hours, even days in shoes, I couldn’t agree more. A good shoe is a beautiful thing. While Lola’s six inch heels may be out of my comfort zone, Kinky Boots is a comforting and familiar story of destiny and acceptance. 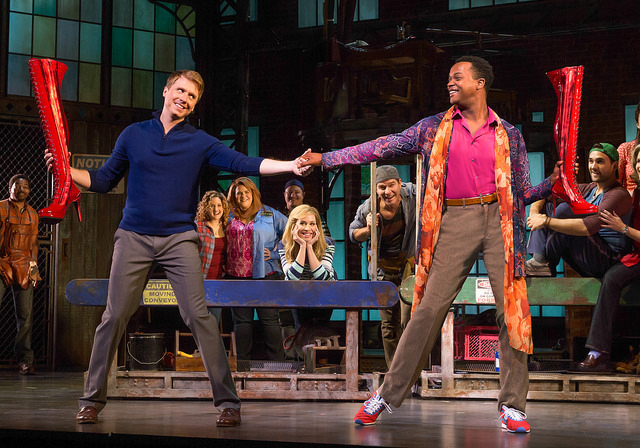 After the unexpected death of his father, Charlie Price inherits the family unprofitable shoe factory in North Hampton, England. By chance, he meets Lola, who provides Charlie with an idea for an “untapped niche market” to save the factory and Charlie as well. 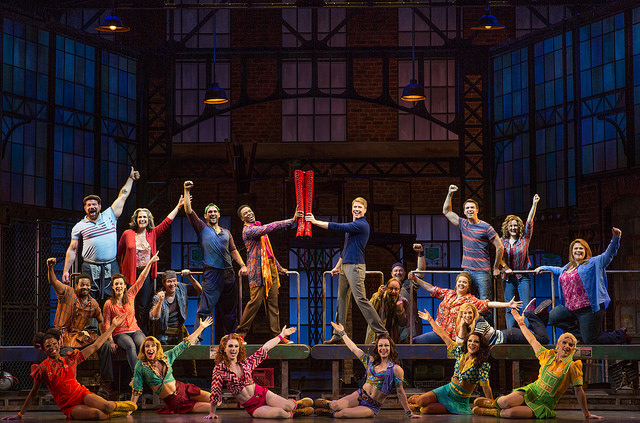 A book produced by Harvey Feinstein and Cyndi Lauper, the influences of Lauper are evident in each number from the hints of synthizer to the soul-touching lyrics. (Think True Colors.) The brilliant combination of Lauper and Feinstien delivers a compilation of fun disco style numbers that will touch your heart and soul sole and inspire to learn how to isolate your hips in six inch heels and dance on conveyor belts while running.

But, Kinky Boots is so more than drag queens and fancy, sexy six inch heels. With the dust settling after this summer’s Supreme Court marriage equality ruling, Kinky Boots reminds us that we still have a long way to go towards acceptance and equality. However, with silver lining glittery hope, Kinky Boots also teaches us that change and acceptance is possible one man at a time, even if those have yet to make up their minds.

In fact, Kinky Boots breaks down this beautiful lesson of acceptance into six simple steps in the final number, “Raise you Up /Just Be”. 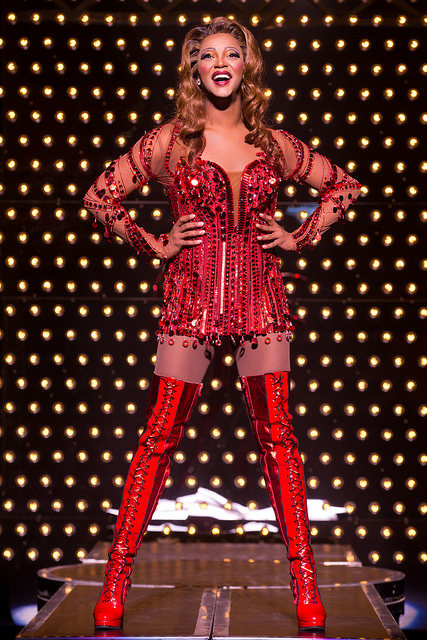 When you see Kinky Boots at the Straz this weekend (and you must see it), I urge you to stand up and shake your money maker.

Give Kinky Boots a similar standing ovation as a Mama Mia audience and get up and dance with the cast during “Raise You Up /Just Be”. Show the sex in the heel the love and support it deserves.

Kinky Boots will be strutting on stage at the Straz now until Sunday.