If you’ve seen Disney’s’ Into the Woods and loved it, forget all the fanciful state-of the-art movie production. If you loved the music and story, then hold onto that admiration along with the bedtime fairy tales your cherished as a child.

Strip away all the over-the-top computer generated effects of the Disney rendition of Into the Woods along with the elaborate set designs and costumes. Instead, remember the Middle Ages and the days when minstrels or troubadour storytellers strolled through the streets of villages telling great tales.

For a more modern version, think of the street performer and story tellers that you might see at an amusement park such as Magic Kingdom, Epcot or Universal. Picture them in your mind telling such fantastic tells with only simple props paired with the art of storytelling.

That is exactly the image conjured by Fiasco Theater’s production of Into the Woods. This cast of this revival of Into the Woods relies on the art of storytelling, unlikely props and the audience’s imagination to develop the story. The limited cast has each actor playing more than one role such as Darick Pead who plays, Florinda (Cinderella’s Step Sister, Milky White (Jack’s Beloved Cow) and Rapunzel’s Prince. 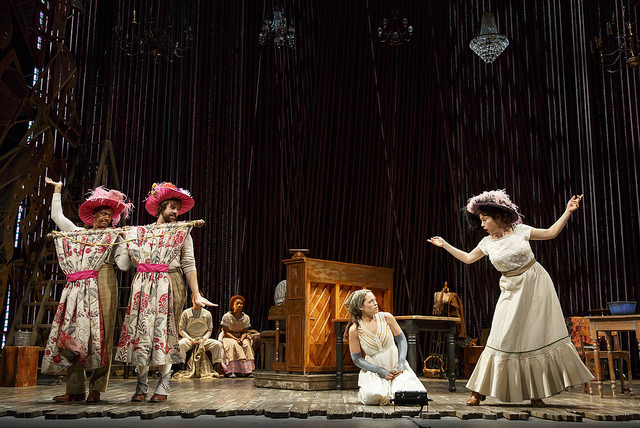 However, the art of storytelling doesn’t allow for elaborate costume changes rather simple and even often silly props to conjure the image of each character. Pead cleverly portrays each Milky White with only a cowbell, the Prince with a Giddy Up horse head toy to portray the prince or curtains and a floppy flowered hat to illustrate Cinderella’s evil step sister alongside with Anthony Chatmon II. Folded pages and whistles flutes create Cinderella’s bird friends and fingered shadow puppets illustrate the baker gutting the Wolf and the Giant. 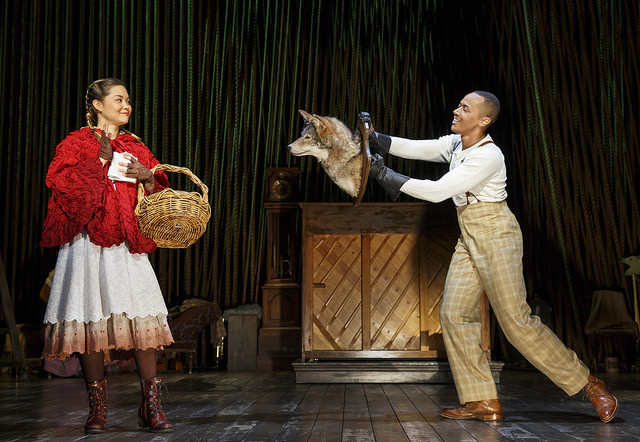 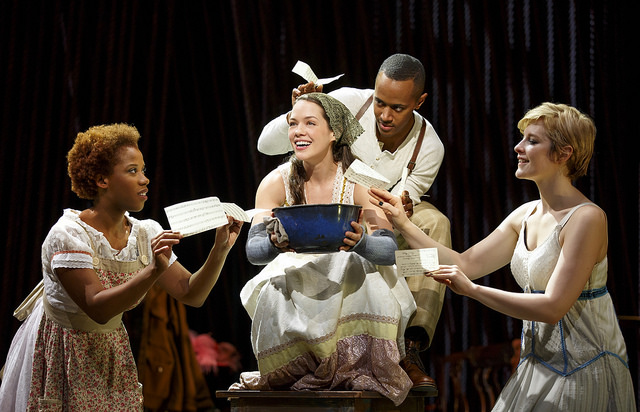 Into the Woods delivers all the talent and more that you would expect from an Tony-Award winning classic. Not only does Into the Woods offer a clever nod to Once with the cast playing instruments as well as playing multiple characters, the vocals of the cast are incredible.

Vanessa Reseland as The Witch sings a powerful yet sorrowful reminder about a mother’s love and loss. Lisa Helmi Johanson as Red Riding Hood and Rapunzel shines with the right balance of childlike wonder and fearlessness. Of course, Tampa’s own Bonne Kramer also delivers an outstanding performance to make us beam from bay to bay. Honestly, each player is as talented as the next and I watched with awe-struck wonder as each scene unfolded and storylines overlapped. 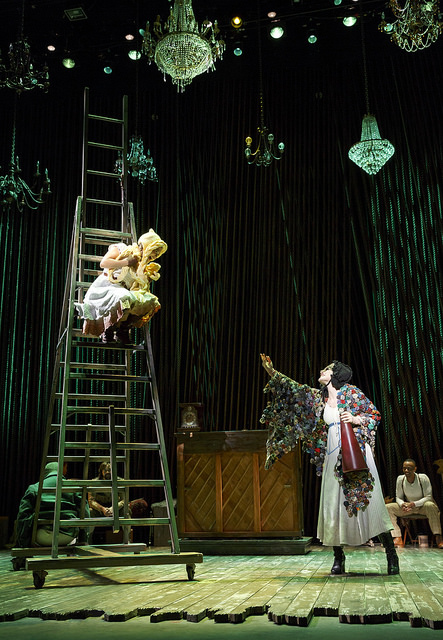 In fact, this particular production and interpretation had me reminiscing of my college days when I read old American folklore featuring themes of the scary dark woods and the fear that characters felt about the unknown and the creatures that lurked deep in the forest. Or the time as a young college student, I studied and compared the themes of Early American Folklore to Shakespeare’s A Midsummer Night’s Dream and then watched the 1982 production of A Midsummer Night’s Dream featuring William Hurt as Oberon. The Shakespearean elements of confusion, the intertwining love stories and the element of the woods portrayed as a character are all resurrected in Into the Woods.

In fact, Fiasco Theater’s Into the Woods elevates this treasured musical to a Shakespearean level far beyond any beanstalk.  Into the Woods is a must-see! 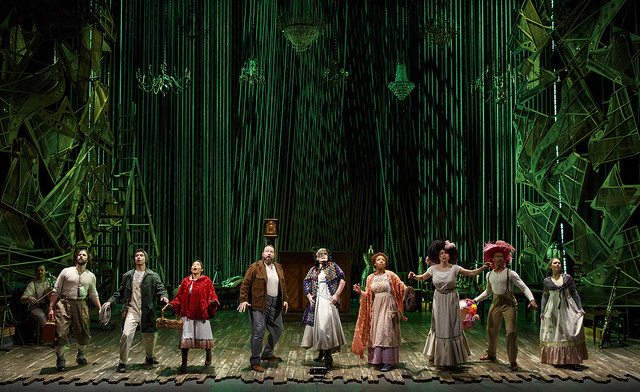 Into the Woods is playing now until Dec. 4th at the Straz Center. Visit www.strazcenter.org for show times and to purchase tickets.

Disclosure: I received tickets to the Into the Woods as opportunity through the Tampa Bay Bloggers and the Straz Center for the purpose of this review. The opinions shared are my own.