I was 18 years old when The Little Mermaid hit the big screens in 1989. The fiery red-head bikini top wearing mermaid was not like the Disney Princesses that came before her. Ariel challenged authority. She was independent. She took chances and didn’t wait around for a prince to save her from her miserable existence. This contemporary Disney Princess knew what she wanted and she went for it.

And most importantly, she didn’t spend her days doing house chores, scrubbing floors or cleaning up after an unruly bunch.

Ariel was a new kind of princess and I adored her for it.

As a young woman coming into adulthood, I could relate to Ariel. Still living in my parents home and under their strict rules, I felt stifled and trapped. I felt like I couldn’t be who I wanted to be. I longed for independence, to escape and explore new places.

As I watched The Little Mermaid, I empathized with Ariel. I just wanted to be recognized for all that I could be. Those young adult, post-high school college days are the worst, aren’t they? You’re not old enough to really do anything, but you feel like you are. You want to be more, do more but you lack the financial security to do it. So, you wish and dream for a day when you can.

Of course, being the jaded, angst young GenXer I was, I never really understood why a girl would change herself to catch the attention of a guy. That always bothered me. And the fact that Prince Eric saved the day by killing the Sea Witch at the end  (spoiler alert)  never sat well with me, either.

Aside from a less than admiral plot, I loved everything else about the movie particularly the music. With a lively contemporary score written by Alan Menken and Howard Ashman, this award-winning duo redefined the sound of a Disney princess and many Disney animated musicals to follow.

In The Little Mermaid, lively musical numbers surged across the big screen and an adorable ensemble of comical characters offered the right balance of comic relief. Plus, the surge of Jodi Benson’s larger than life voice and incredible range delivered a Disney Princess – a mermaid with great vocal depth. Over twenty years ago, I envisioned the entire animated musical playing out as a production on Broadway. Not too mention, I knew all the songs by heart like so many of my other favorite musicals. 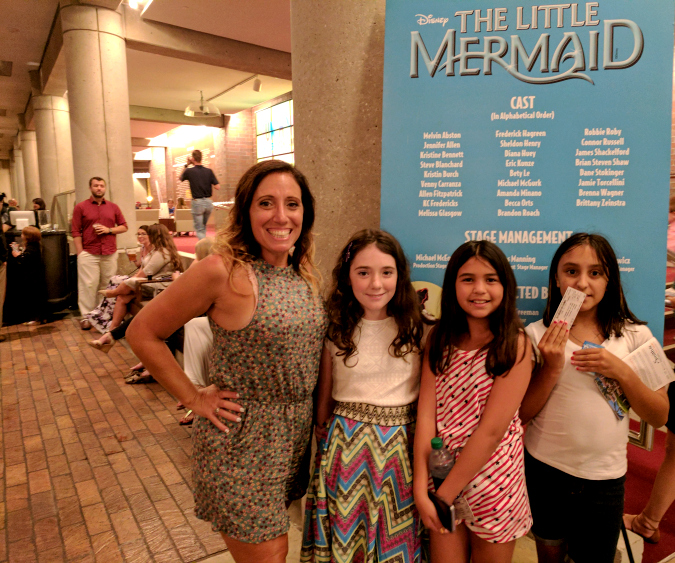 Decades later, thanks to a partnership with the Straz Center and the Tampa Bay Bloggers, I had the opportunity to share the moment with my own princess and her supporting cast of lively, colorful characters. Of course, today’s young girls have grown up with so many strong, independent Disney Princess, but we all know which princes made waves first. 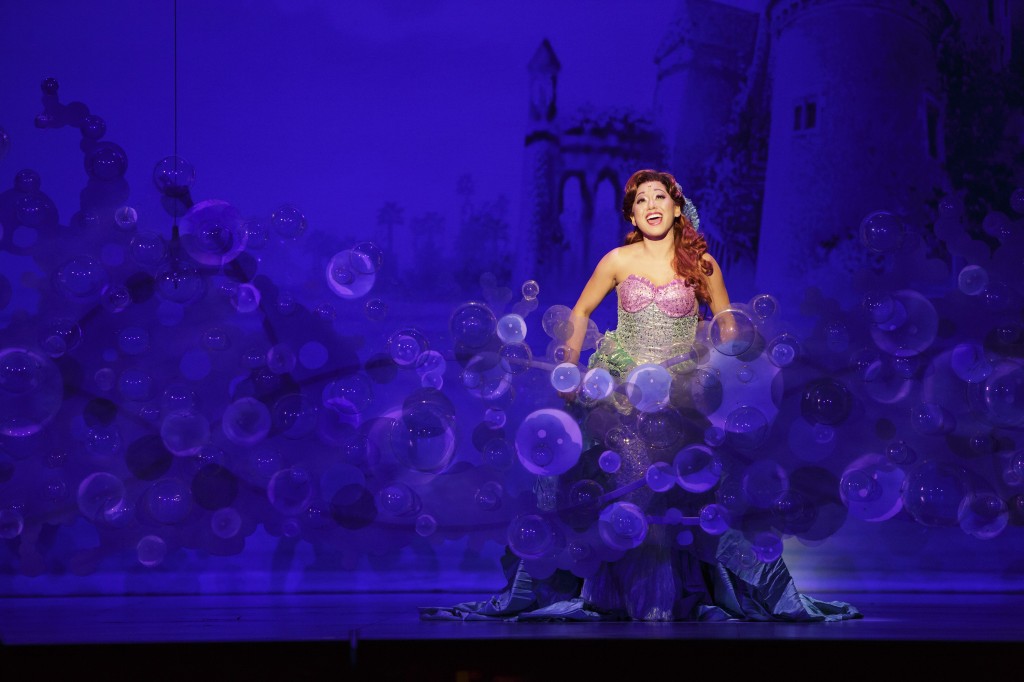 For the hard-core Disney fan, Disney’s The Little Mermaid does not disappoint. Most importantly, Diana Huey (Ariel) delivers an unbelievable performance that must make Jodi Benson beam proudly with delight. In addition, everything you loved about the animated film plays out extraordinarily well on the stage. (Did you ever doubt that?) Much like the style of Disney’s The Lion King, every part of the stage is utilized with the remarkable puppetry. Ursala the Sea Witch’s squid-like body is maneuvered and manipulated by her snarky sidekick eels, Flotsam and Jetsam, who electrify every scene on skates. 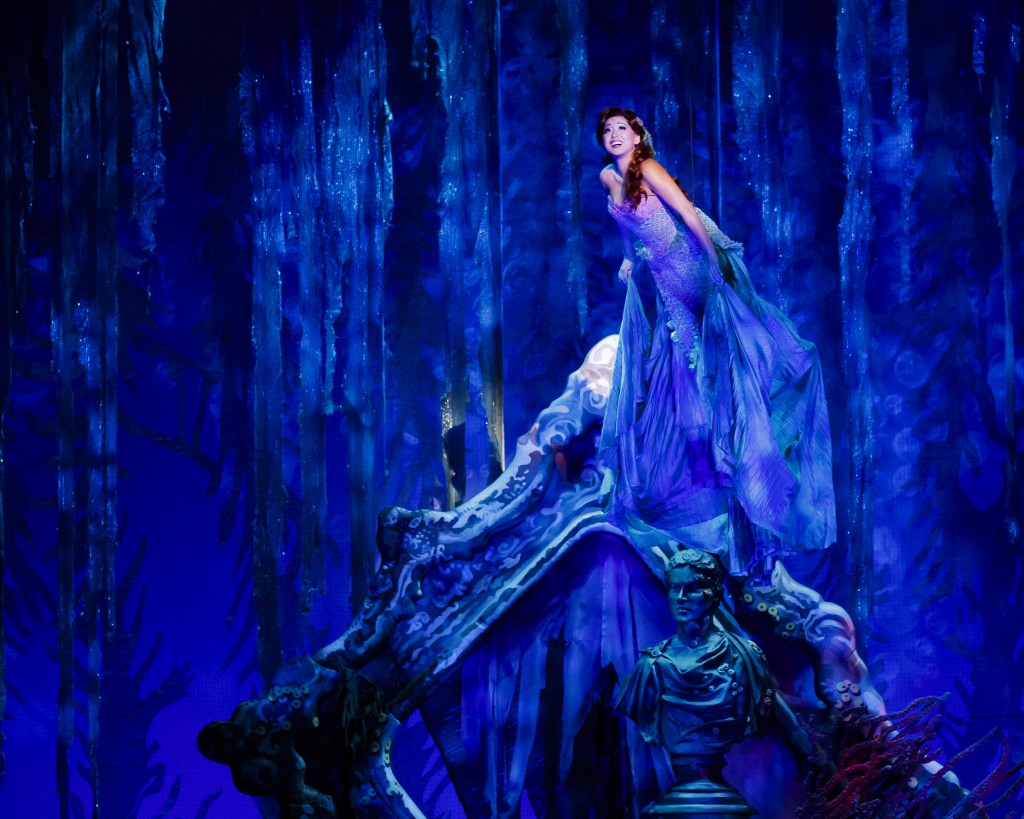 Although Disney’s The Little Mermaid brings to life everything you adore about Ariel and Sebastian, there are a few differences between the animated film and the stage production. Firstly, there are a few extras songs, which completely work and help round out the story. Secondly, Ursala is King Triton’s sister who was banished from the kingdom for not seeing eye-to-eye on how to rule their father’s ocean empire. 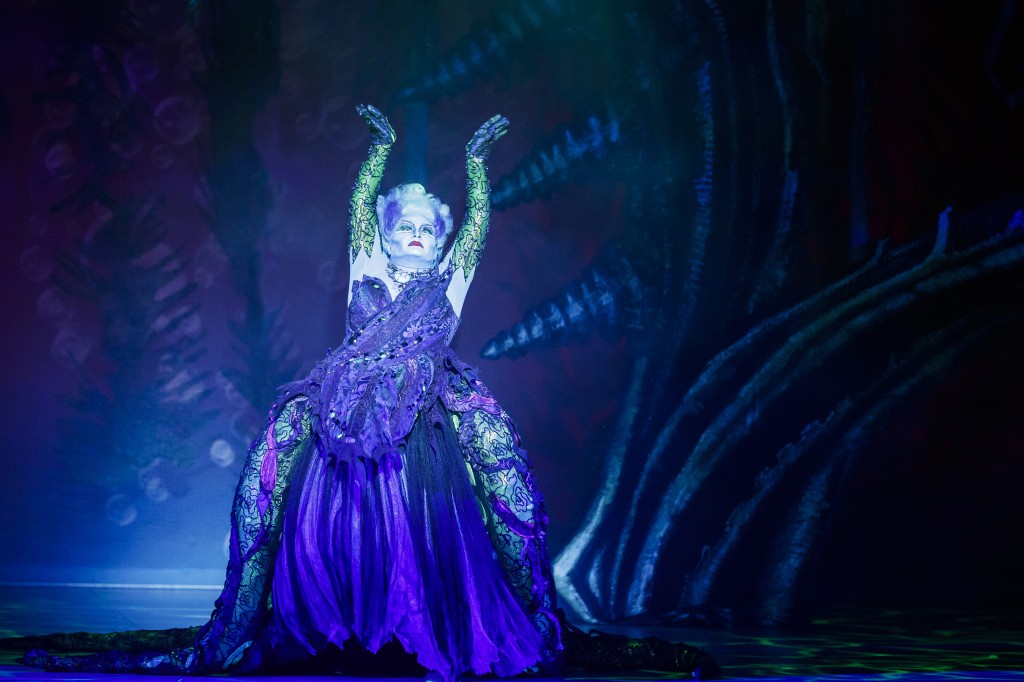 Lastly, the biggest difference (Hold onto your seashells!  Spoiler alert!) Ariel kills the Sea Witch and it wasn’t death by boat. WHAAAAT?!

That’s a solid change I can live with. In this post-Ariel, Power Princess Belle-Tiana-Merida-Ana-Elsa world, the Disney’s Little Mermaid ended the way it always should have.

Disney’s The Little Mermaid is a must see for princesses of all ages, however a warning for young children, much like the movie, Ursala’s rise to power and death scene can be a bit terrifying to young fans.