Disclaimer: My DEH superfan daughter and I received tickets to DEAR EVAN HANSEN as an opportunity through the Tampa Bay Bloggers and the Straz Center for the purpose of this review. The opinions shared are our own and a collaborative effort between my daughter, Allana, and me.

You WILL have an amazing week because you had an AMAZING opening night. 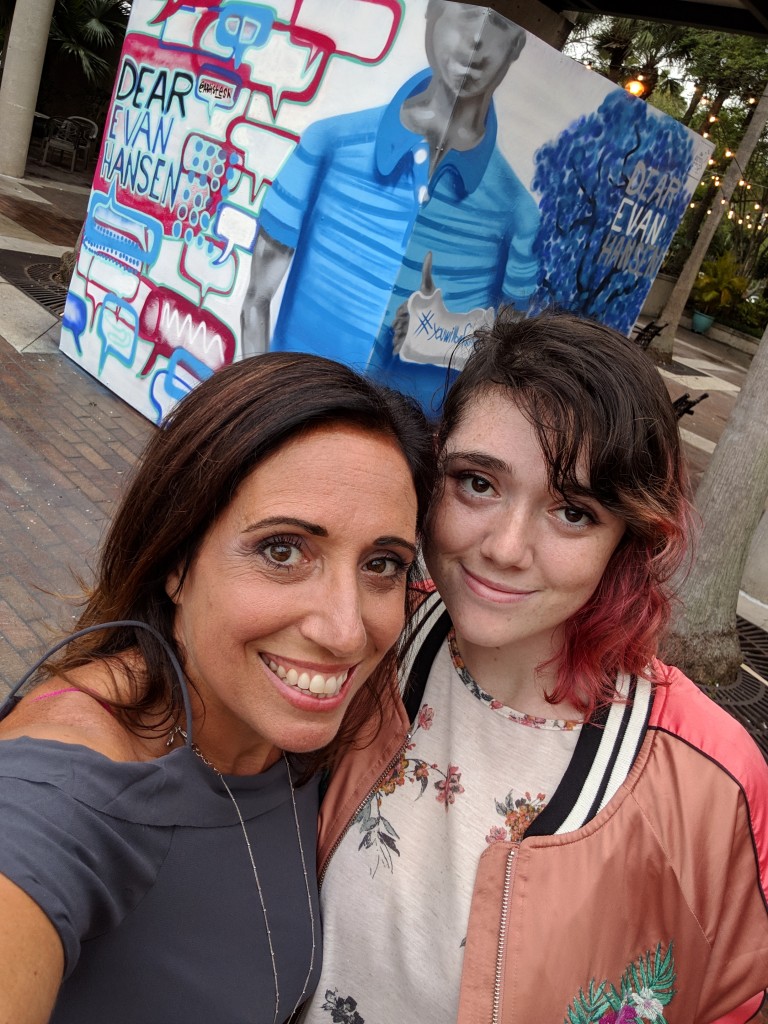 My daughter and Dear Evan Hansen superfan, Allana, and me at opening night performance at the Straz. Allana co-authored this review.

Nowadays, it seems that mental health reports and posts parade through our social media feeds and dominate our screens. As reports of suicide fill our feeds (the most recently being the two Parkland students), mental health awareness has made the population most certainly more awareness.

And yet, the more connected we become through social media channels, we are more alone ever. We’re just more educated about how alone we are.

DEAR EVAN HANSEN spotlights the challenges with mental health and the isolation students (and parents) feel in their silent darkness. It takes a very relevant topic (teen suicide) and demonstrates how longing to feel a sense of belonging isolates a person even more.

With huge video screens filling the space of a modest set, DEAR EVAN HANSEN beautifully illustrates how social media and connectivity can take over the characters’ lives, making the screens and the isolation the focal point. 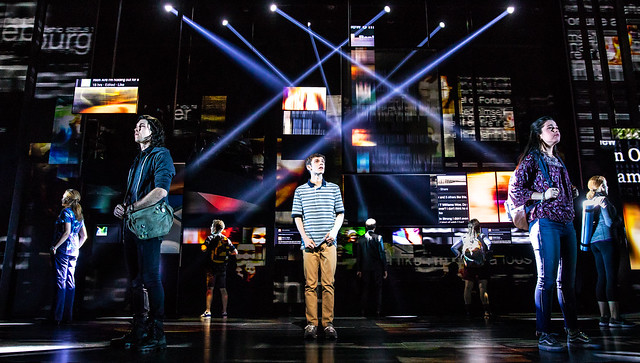 Cue the incredible contemporary soundtrack to be the proverbial salt on the characters’ mental health wounds. You will want to hug each and every last one of them, except maybe Jared Kleiman.

Ben Levi Ross plays a perfect Evan, his performance mimicking Ben Platts incredibly well, down to the hunched shoulders and nervous shirt fiddling. He encapsulates the perfect anxious teen, his stutter not only realistic but almost charming. Meanwhile, Jared Goldsmith is a fantastic—well—Jared, equally charming and witty, with a face you not only learn to love, but have the strongest urge to throttle at the same time.

The entire cast is spectacular, their performance of “Disappear” and “You Will Be Found” sending literal chills down the audiences’ spines. As their melodic voices echo through the theater, you’ll find yourself crying like a fourteen-year-old in high school. But that’s not all—not only is the set wonderfully creative and unique with it’s displays of the internet and viral content being projected directly on the stage in real time, but it gives a sense of reality and relatability to the already heart-tearing storyline.

The pain and anguish of fitting in and longing for acceptance at any age will strike a nerve with you. (Make sure to slide a stack of tissues up your sleeves.) Consider yourself lucky if you never doubted yourself or never felt a drop of social anxiety. 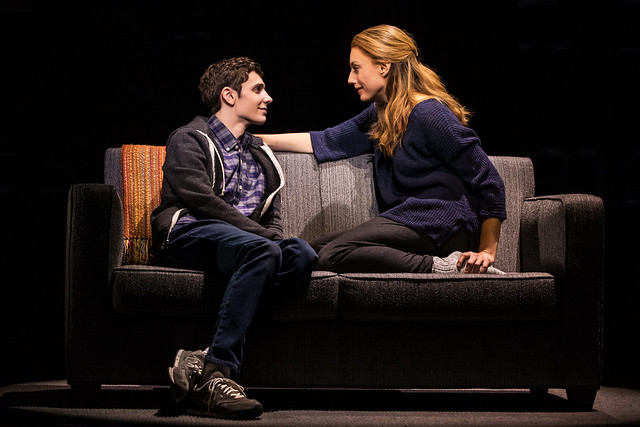 While mental illness is overwhelmingly prevalent in our minds, especially in today’s age, DEAR EVAN HANSEN manages to talk about it directly without making you want to…you know… After watching, anyone who’s ever doubted themselves for even a second will want to book a therapy appointment, and the entire musical feels like someone is speaking directly to you about your own issues. Its an utterly heart-warming, comforting—yet gut-wrenching, slice-of-life teenage coming-of-age story, and you can feel the realness of it all from the moment you see Evan Hansen narrating his first, brief encounter with his long-time crush, Zoe Murphy.

His letters to himself hurt to hear, yet in the end you needed to hear them. Although you know it won’t end perfectly, the ending is ultimately the one its fans needed to see. Sometimes it doesn’t work out in the end and sometimes you want to let go of that branch so high up, but this musical reminds you that if you hold on you’ll end up seeing the most amazing view of your life.

DEAR EVAN HANSEN reminds us that while feeling alone, #YouWillBeFound 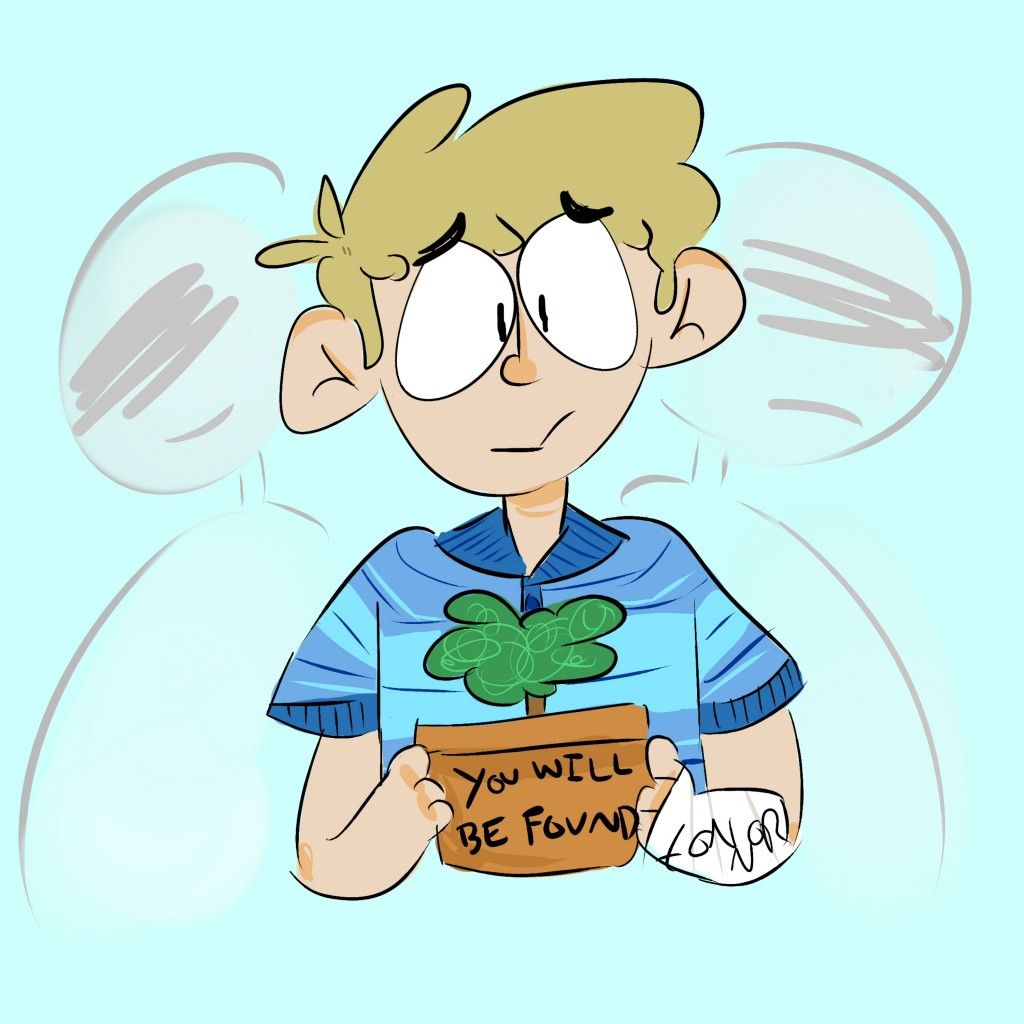 Or, enter the digital ticket lottery at www.luckyseat.com/dearevanhansen for a chance to purchase a limited number of $25 tickets available per performance.