Disclaimer: I received tickets to Come From Away as an opportunity through the Tampa Bay Bloggers and the Straz Center for the purpose of this review. The opinions shared are my own.

For any historical tragedy, people often ask where you were on that fateful day. That morning, I waddled about nine months pregnant in my classroom preparing lessons for my second graders.

For the people of NYC who witnessed the planes crashing into the World Trade Center Towers and watched the towers crumble before their eyes, they share horrific stories of confusion, desperation and loss.

But what about the people who were in flight on 9/11?

Come From Away shares the historical biography of 38 planes with over 7,000 passengers that made an emergency landing on a small island of Gander, Newfoundland. 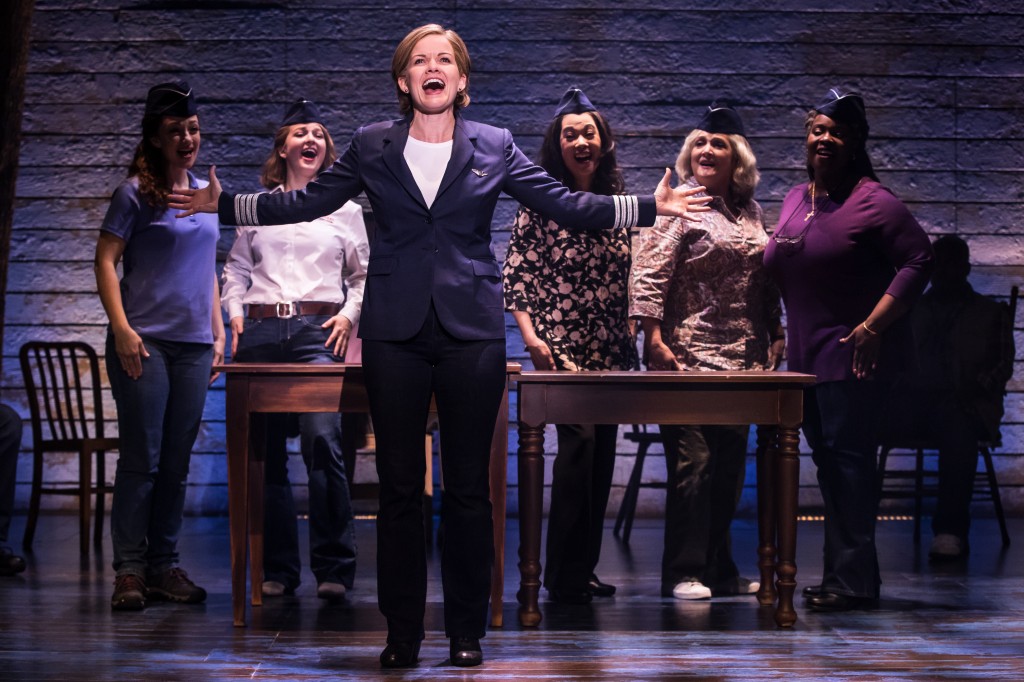 Immediately, the Islanders leapt into action to accommodate the “Plane People” who doubled the population of Gander as soon as the passengers and flight crew disembarked their planes.

On September 11, 2001, over 2,000 miles away from the New York City, the people of Gander became living examples of the famous Mr. Rogers’s famous quote. “Look for the helpers. You will always find people who are helping.” 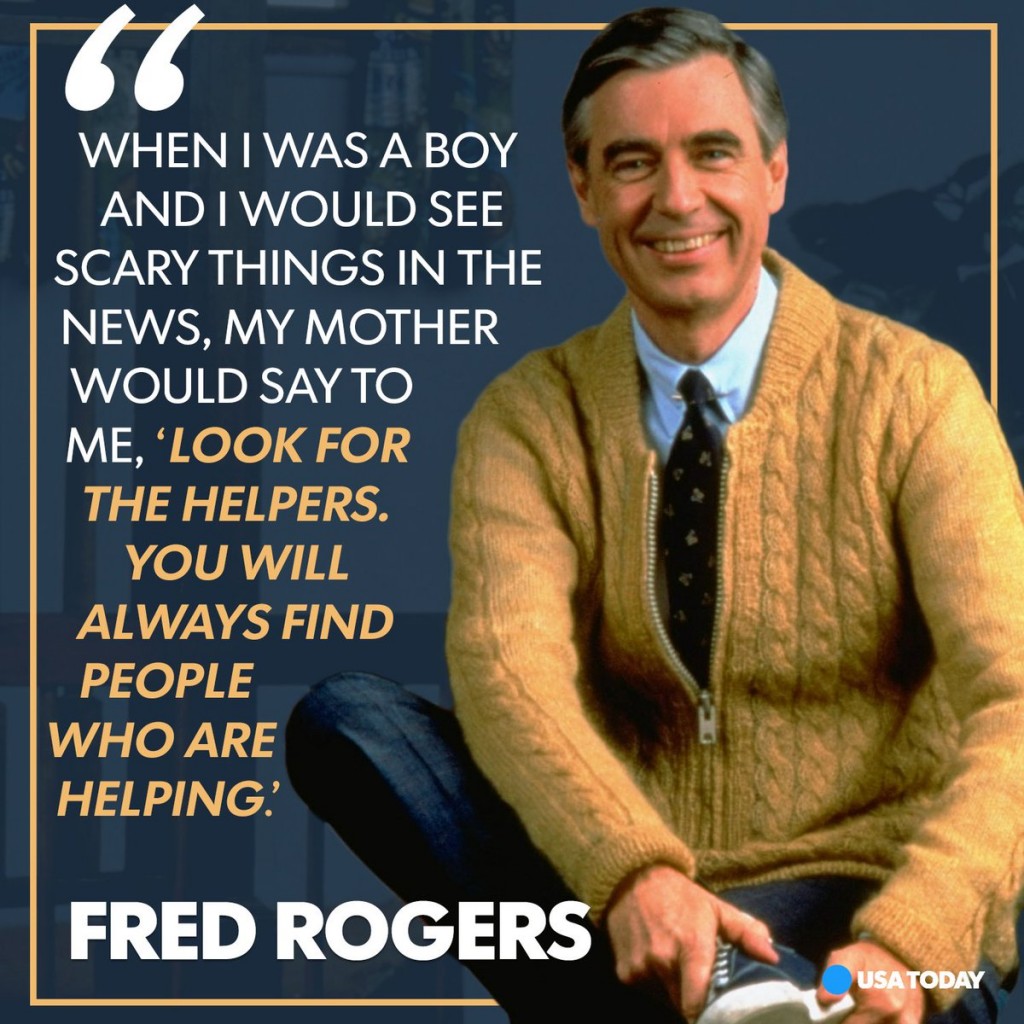 In times of crisis, heroes emerge, but the people of Gander didn’t see themselves as heroes. Instead, they simply did what people do and stepped up to welcome the Plane People into their community and homes. 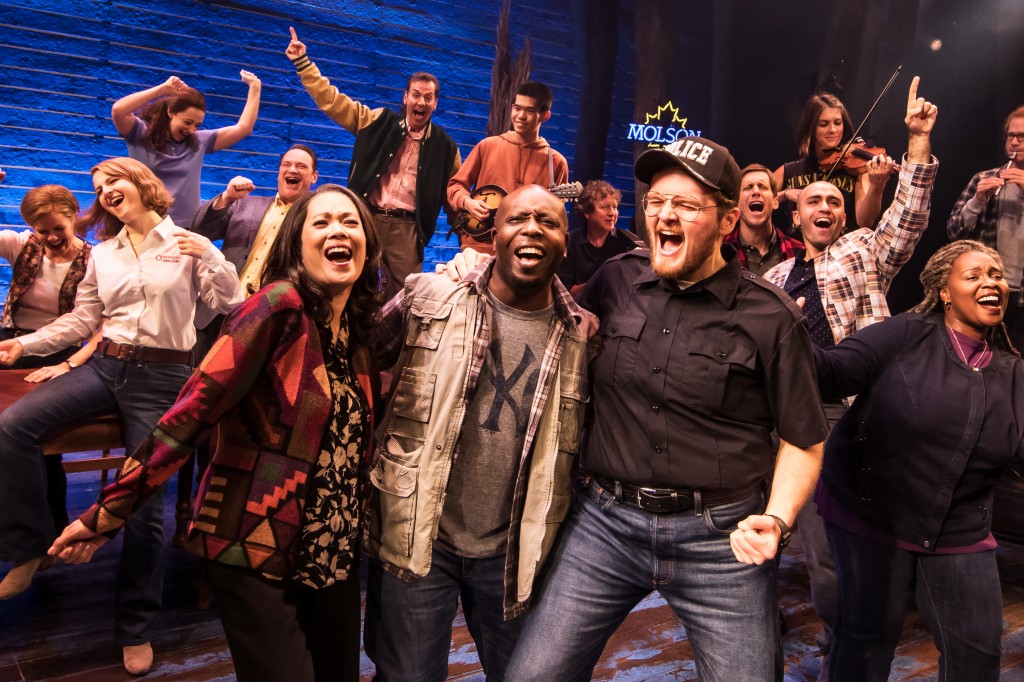 A cast of twelve storytellers share the accounts of the passengers and islanders and how strangers became friends. The cast’s incredible knack for sliding between a Newfoundlander accent to accents from all over the world is truly impressive. Listening to blend of Irish/Scottish/Canadian makes a Newfoundland accent nearly as enjoyable as watching the townsfolk interact with each other and their guests! 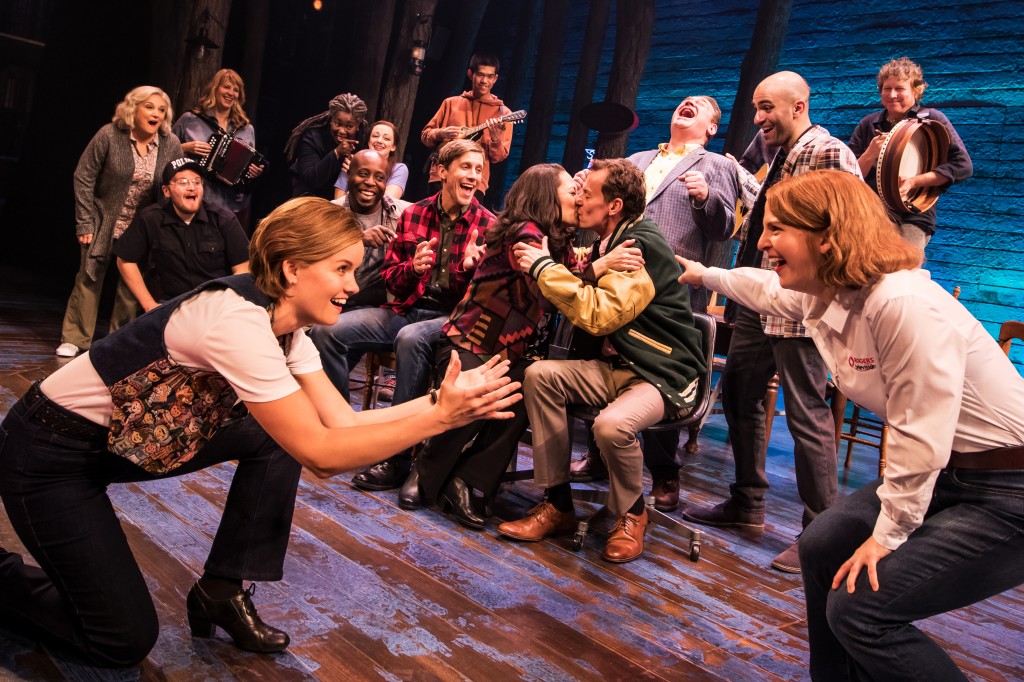 That eclectic Irish/Scottish/Canadian Celtic sound also makes the score of Come From Away so groundbreaking and the music seeps into your soul as the generosity of the townsfolk takes hold of your heart. But that’s just the tip of the rock. There is just so much to love about Come From Away. Given the nature of the historical subject, there are surprisingly many laugh out loud moments weaved into the short 90 minute production.

During one of the most horrific times in American history, strangers became family and offered comfort in the chaos with love and kindness.

It could do us some good to relearn this lesson nowadays…minus the tragedy.

Come experience the stories of Come From Away at the Straz now until Sunday.