Disclaimer: This queen received two tickets to SIX through a partnership with the Tampa Bay Bloggers and the Straz Center for the purpose of this review. All the opinions are my own. Sorry, not sorry for what I said.

When the lights of Broadway illuminated once again after a long hiatus due to the pandemic, SIX was one of the first shows to reopen. On October 3, 2021, the SIX Queens made their royal entrance on Broadway once again.

Last October, my sister and I traveled to NYC for a wedding. SIX topped my Broadway picks and I was royally entertained. 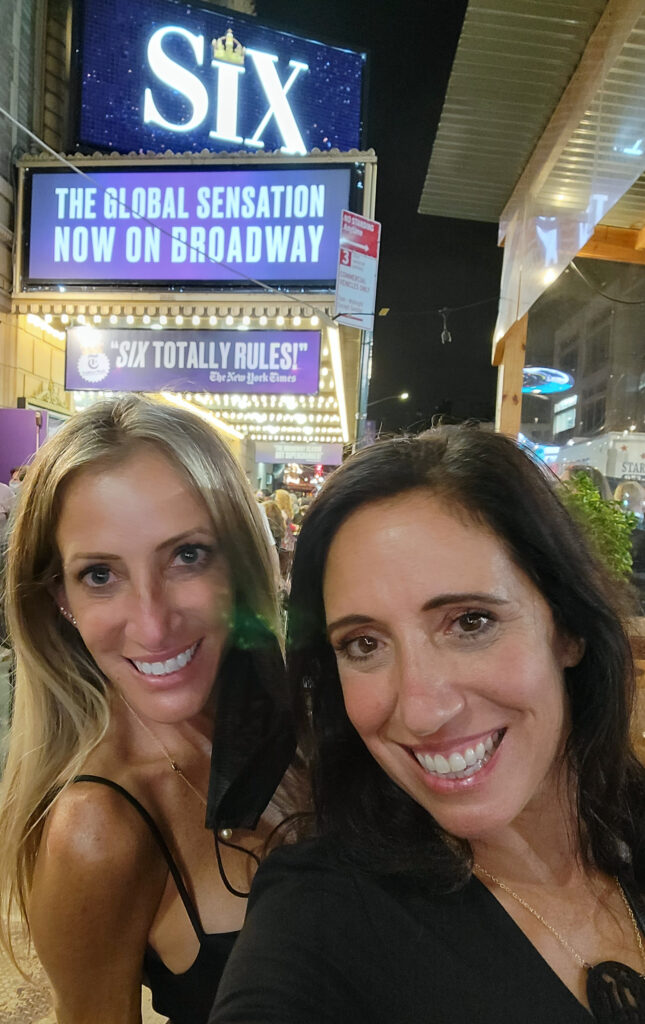 So, when the Straz Center listed SIX as the 2021-2022 season opener, I nearly lost my head! I had to see the Queens again, but this time, I cosplayed to follow suit of the royal SIX fans at the Broadway performance. 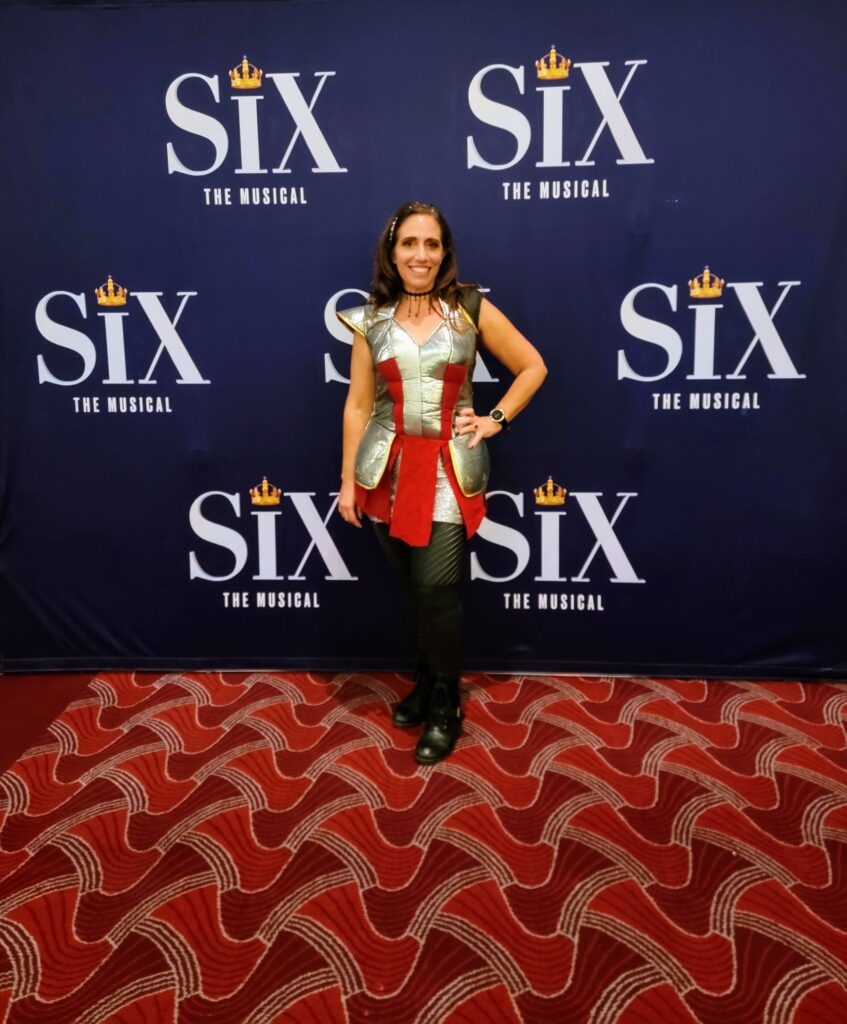 Watch me GET DOWN in my SIX highlight reel on Instagram. 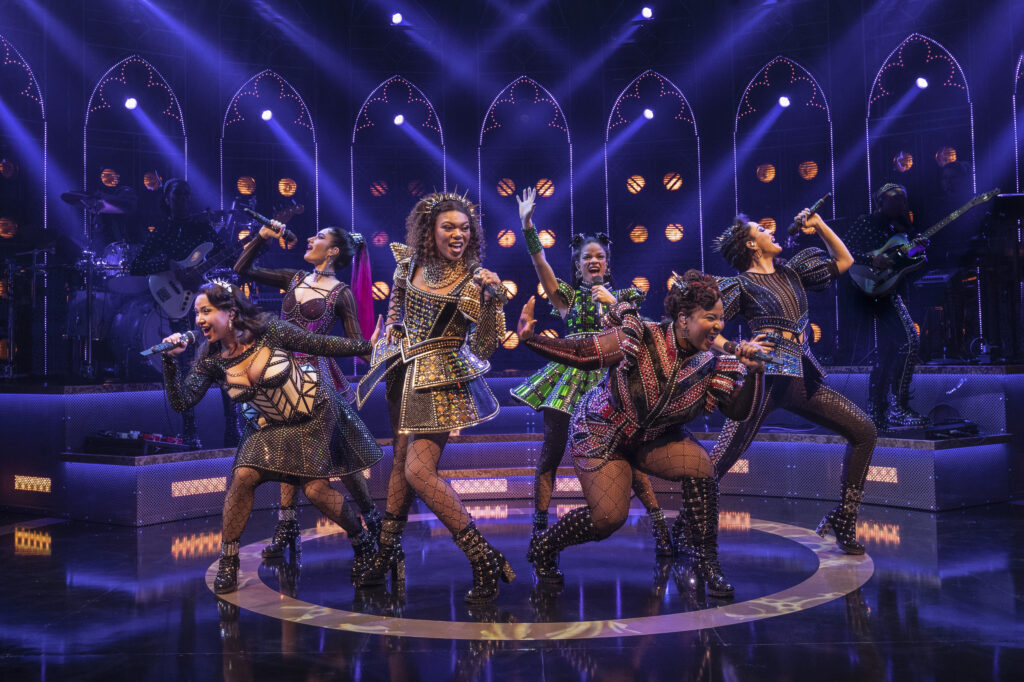 In SIX, the Queens decide to host a contest to see which one suffered the worst fate and compete for the crowning glory through song. This modern iconic musical feels like a concert of all your favorite pop divas- Spice Girls meets Britney with a sprinkle of Queen B with a Tudor twist. 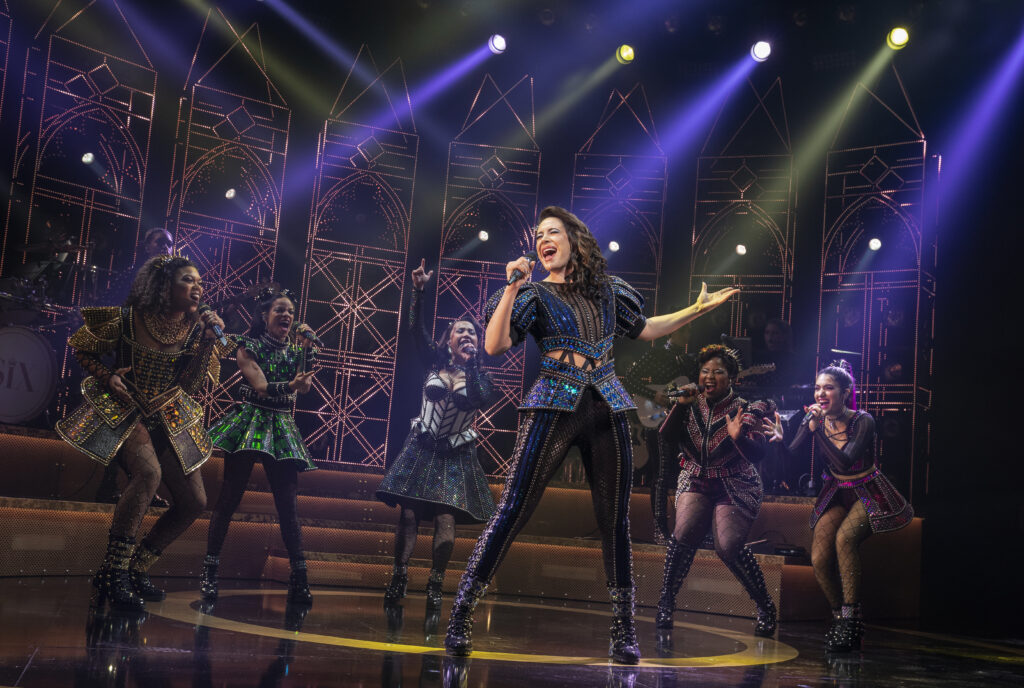 How SIX made its royal entrance on London’s West End is quite an amazing story. As Cambridge students – Toby Marlow (a poetry student) and Lucy Moss (a history student) took on the challenge of creating an original production for the upcoming Edinburgh Fringe Festival. It premiered in the West End in 2019 and the rest is herstory. Even crowning Lucy Moss at age 26 as the youngest director of a Broadway musical. Unfortunately, the show was forced to close on opening night 90 minutes before curtain due to the global outbreak of Covid-19.

But when SIX returned on October 3, 2021, the queens ruled Broadway!

You will GET DOWN.

As the spotlight beams on the Queens in the opening number, you will feel an urge to dance in your seat and there is NO WAY you will be able to contain yourself.

The HER-story you never knew

Through humor and catchy pop songs, SIX makes the commentary on how the world knows a lot about King Henry VIII, but very little about his wives. In 80 minutes, the audience receives a very entertaining crash course of their tragic stories.

The vocals are a crowning achievement.

Each Queen steals the spotlight as they take center stage for their solo number. The vocal range of the SIX stars is truly astonishing. Even Catherine of Aragon (Khalia Wilcoxon) comments on the “High C” she hits during “No Way”. Mesmerized by their sheer vocal talent, I found myself  shouting many woos and applauding throughout the performance.

A show in the style of a live concert could only happen with the Ladies in Waiting, an all-female band. The Queens introduce the band in the opening number – Guitar (Rose Laguana), Bass (Janetta Goines), Keyboards (Jo Ann Daugherty) and Drums (Paige Durr). These truly talented musicians hold court through the entire performance.

The final number, “MegaSix” is a sped up reprise of each of the six Queen songs. Like a true pop concert, the Queens encourage the audience to dance and clap along and the court happily answers to their royal request. The finale ends with a confetti cannon. It definitely leaves you wanting more.

Taking a nod from the old adage, “Girls compete. Women empower”, the Queens realize their collective story tells a more powerful message then just one Queen’s story standing alone. They choose to fight against the centuries old misogynistic narrative about their lives and tell a more empowering, inspiring story.

But here’s the real girl power move. In the 2021-2022 Broadway season, SIX won 23 awards, including a Tony for “Best Original Score” crowing SIX a must-see.

For its comedic timing, earworm dance songs and regal vocals accompanied by a rocking all-female band makes SIX one of my favorite musicals. 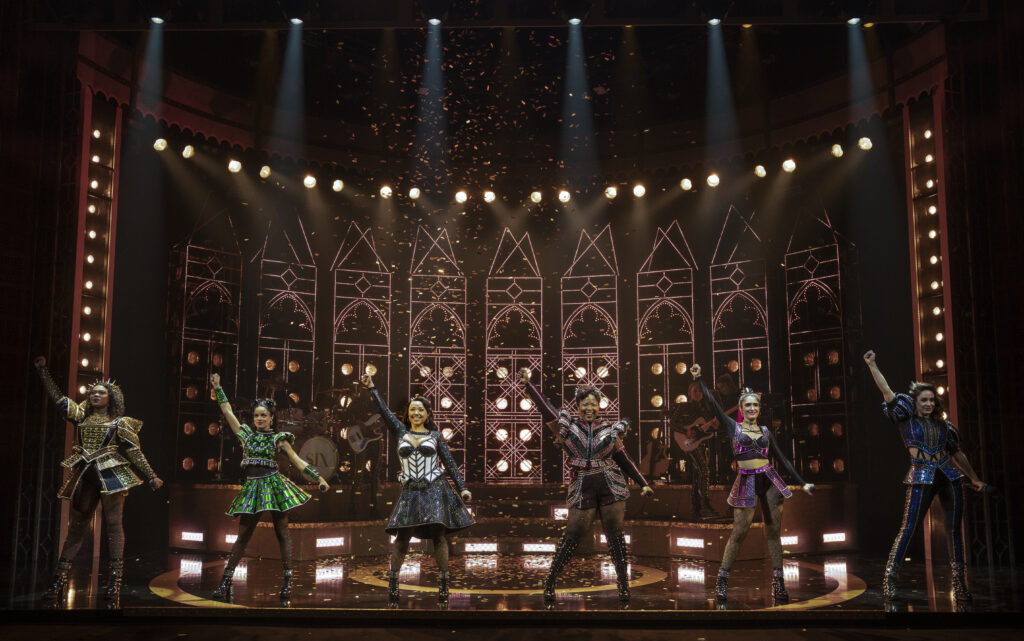 For a sneak peak of SIX #AragonTour, watch the Queens of the US Tour perform a Tiny Desk concert.