Since my friends and I aim to run a race every month to stay motivated to meet our miles, Chrissy found our September race when she stumbled upon the Inaugural 911 Memorial 5K Run/Walk on active.com.  This race would raise funds for Homes for our Troops and the Austin Burchard home build. 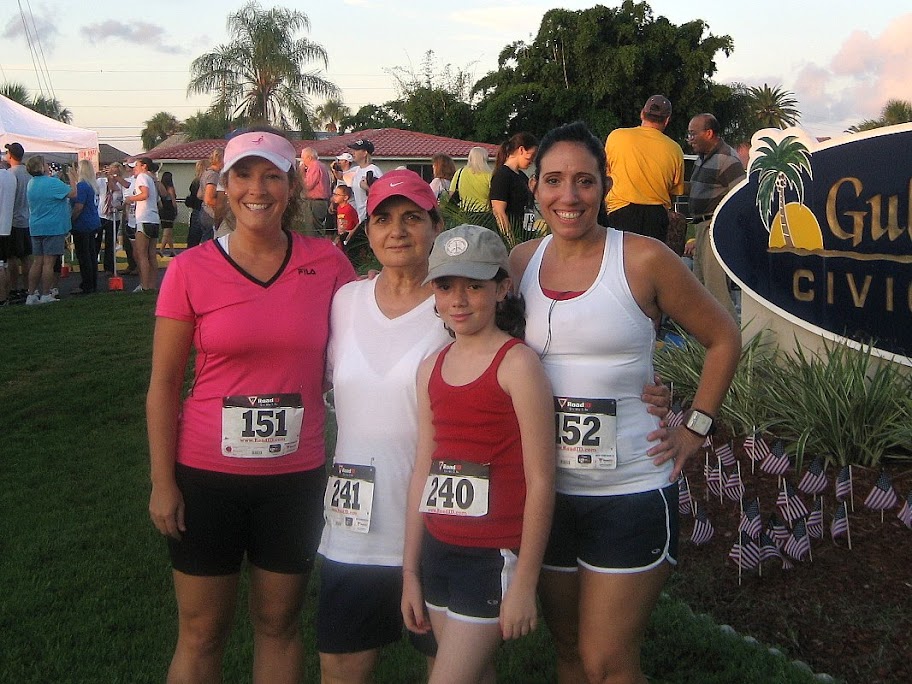 When I mentioned the race to Allana, she wanted to run it with me.  Then, I roped my mom to be part of the event and some other running friends too.  Not before long, many of the Suncoast Striders joined in the fun. 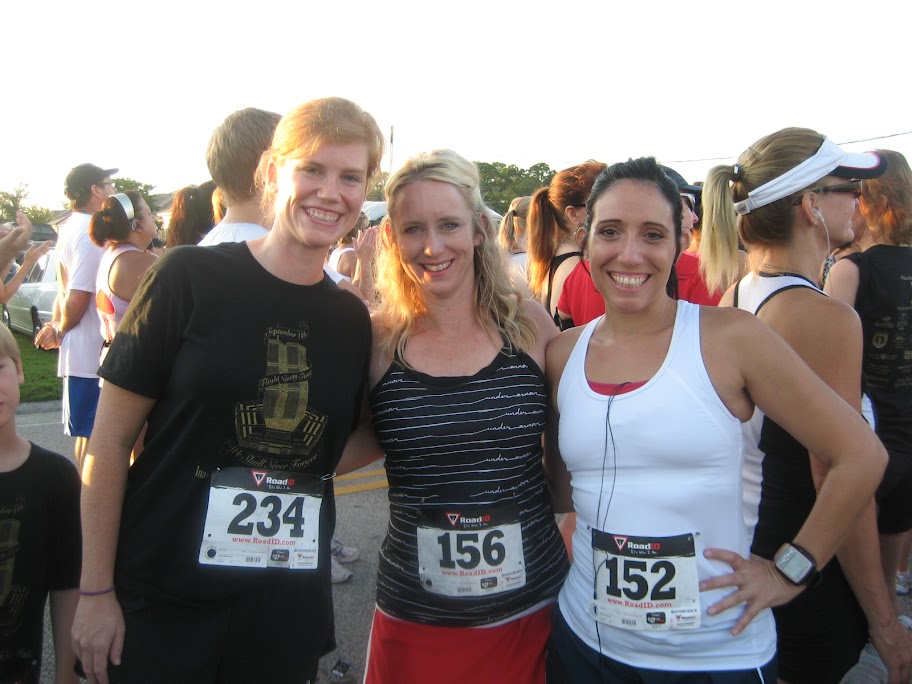 Allana and I decided upon red, white and blue racing attire but several runners wore black with words to remind us the reason behind the race. 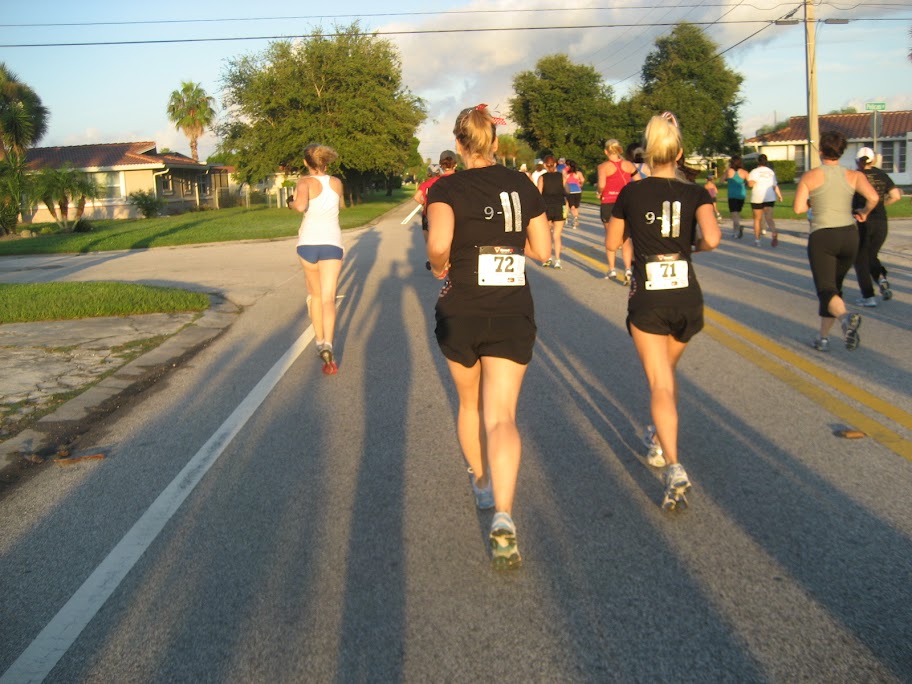 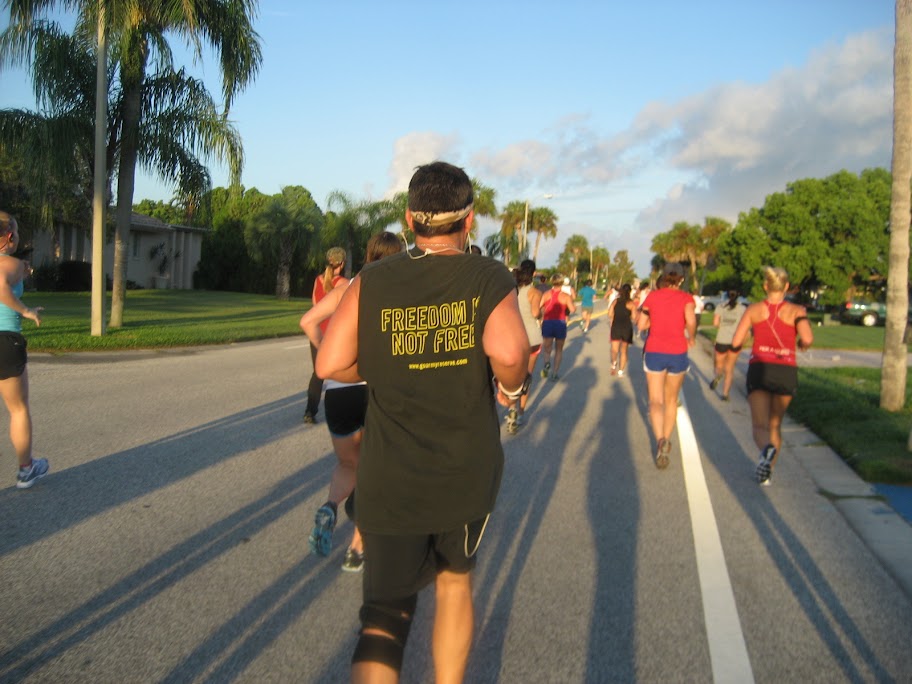 Much like September 11 ten years ago, it was a beautiful day which warmed up quickly.  The race course led us through Gulf Harbors, a waterfront neighborhood in New Port Richey, FL and many spectators waved their flags and cheered as we ran past their homes.

I started the race ahead of Chrissy and our friend Larisa, but that was short lived.  I desperately wanted to reach a new PB, but with the September heat, it was not in the cards for me.  Although I was defeated by the heat, Chrissy shaved two minutes of her time and earned a new PR, 32:24.  (Chrissy also wanted me to mention in my recap that she ran a faster average pace than me.) 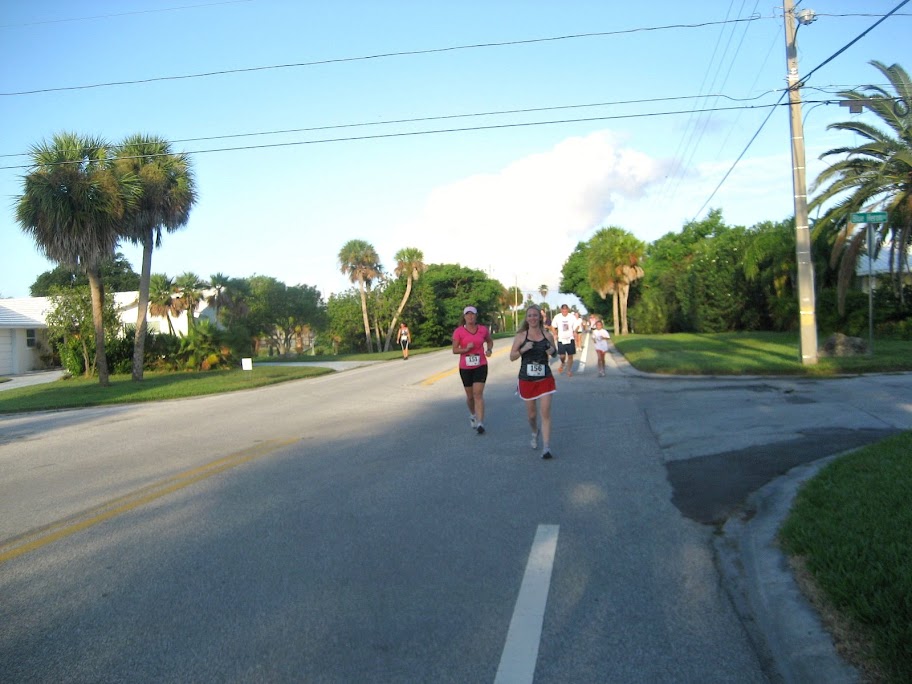 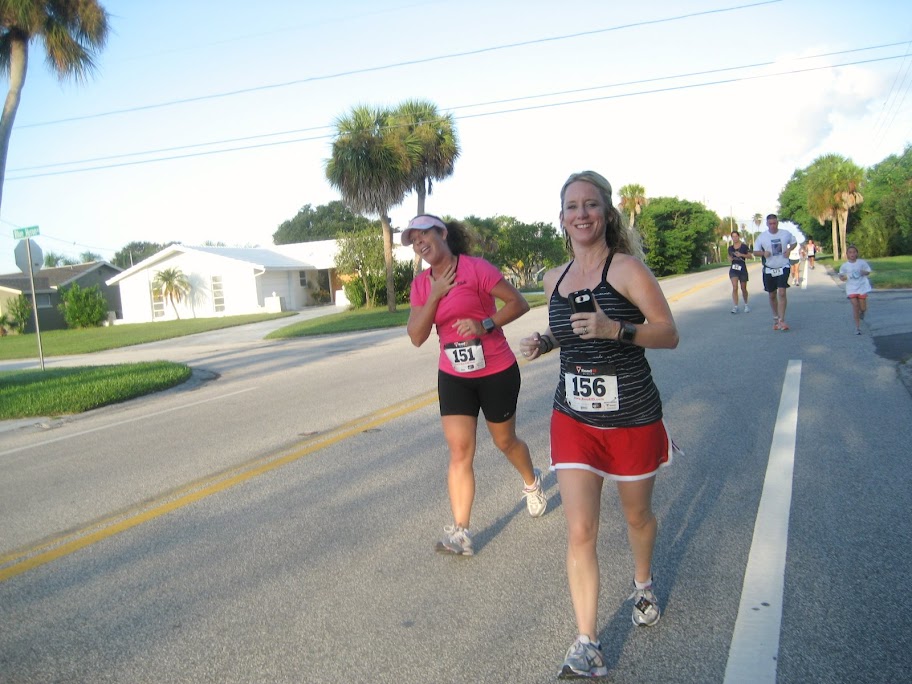 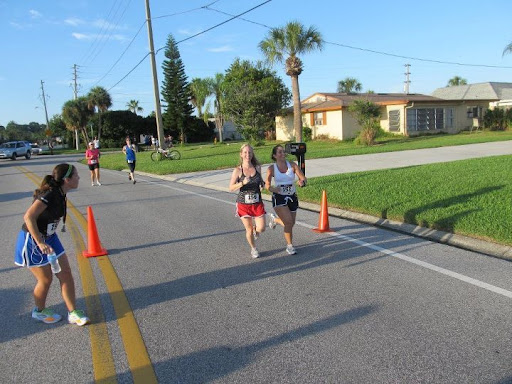 But that final push, pushed me over the edge and I felt like would vomit, which I have never felt after any 5k. 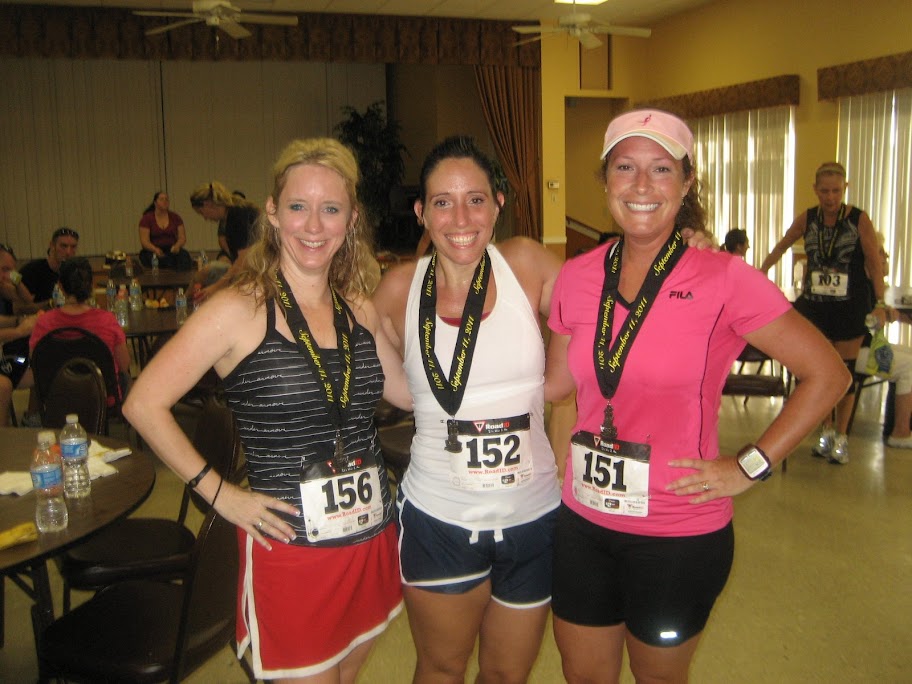 While trying to cool down in the restroom, I met a fellow runner blogger, Clare of Clare is Running.  We exchanged stories and plans for future races in the hopes to meet again soon. 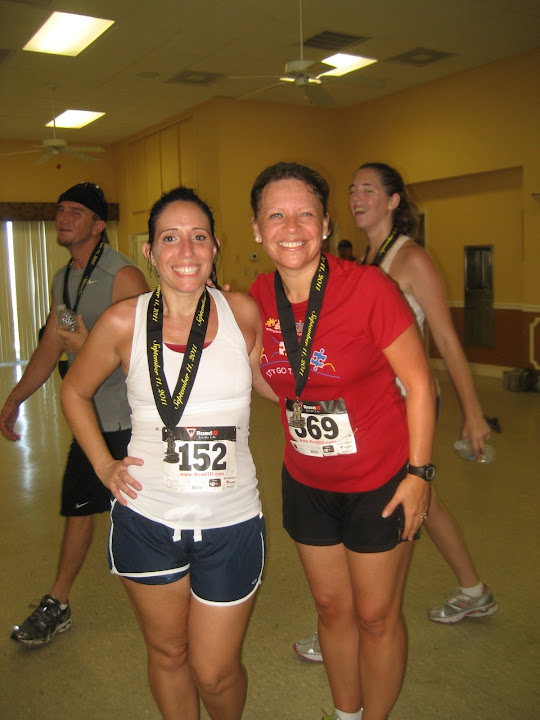 Twenty minutes after Chrissy, Larisa and I finished our 5K, my mom and Allana crossed the finish line.  My mom also earned a PB and her first medal EVER for finishing third in age group. 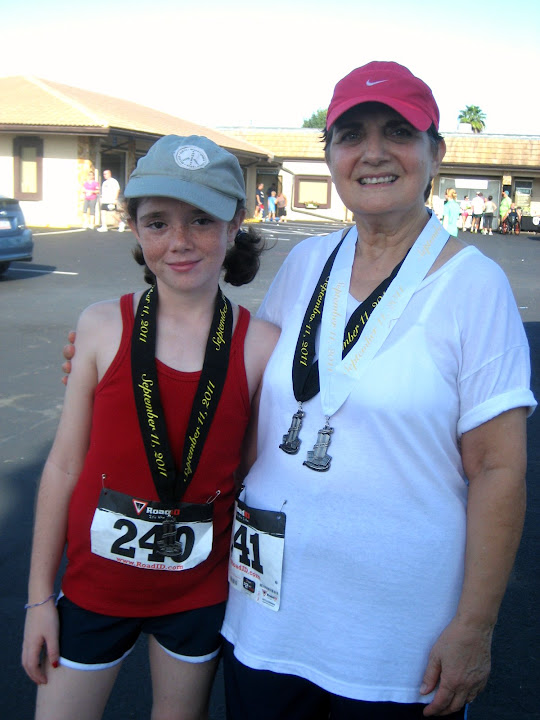 Despite the heat and getting pushed around by Larisa, I enjoyed this race and the feeling it gave me to do something good on a day that typically causes such sadness.  And I loved having my family and friends with me there too. 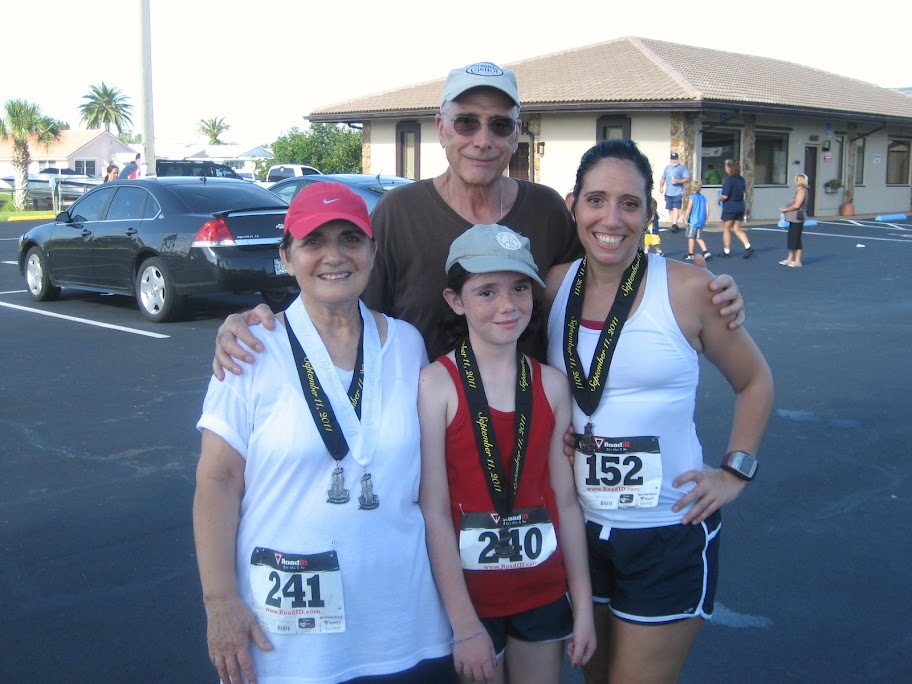 Allana loved being part of it too and earning a real medal, but knowing that we helped the troops is the real reward. 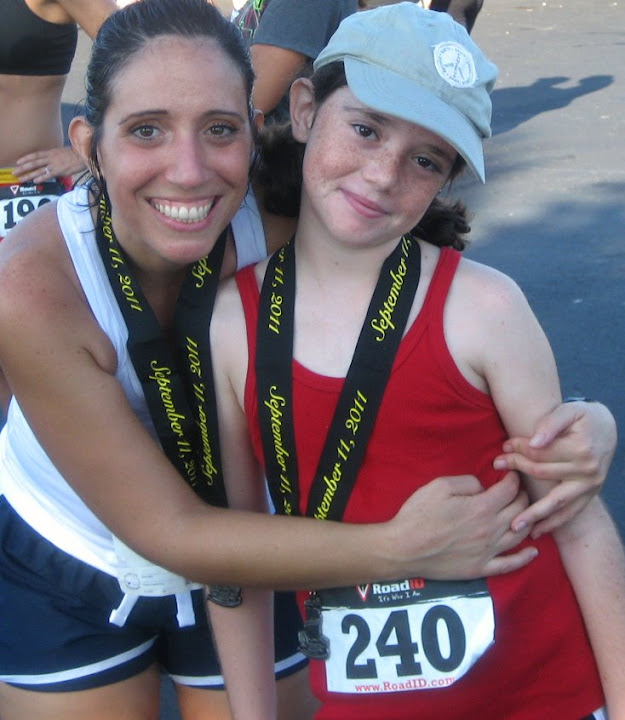