Argggh!
There be a pirate invasion once again in Tampa. 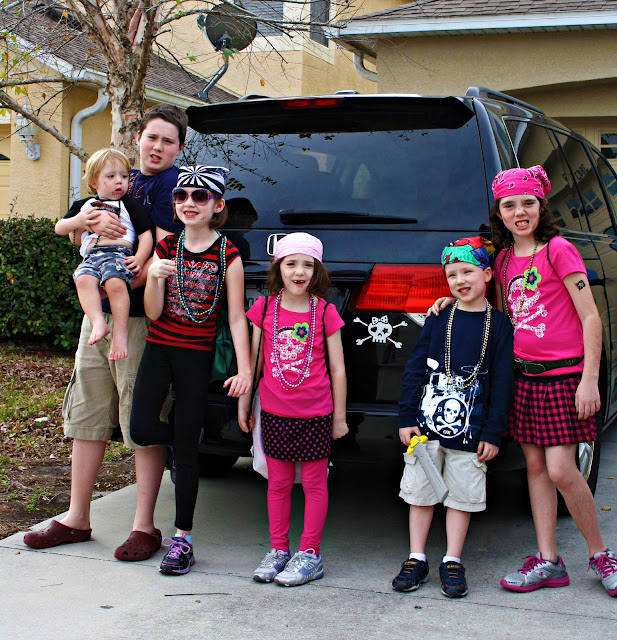 Aye, wearing snarls and yielding swords, me krewe set sail upon the Black Pearl in search of treasure known as The Great Bead Booty. 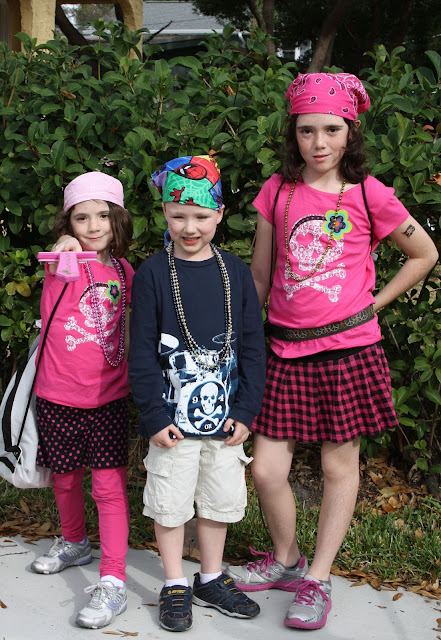 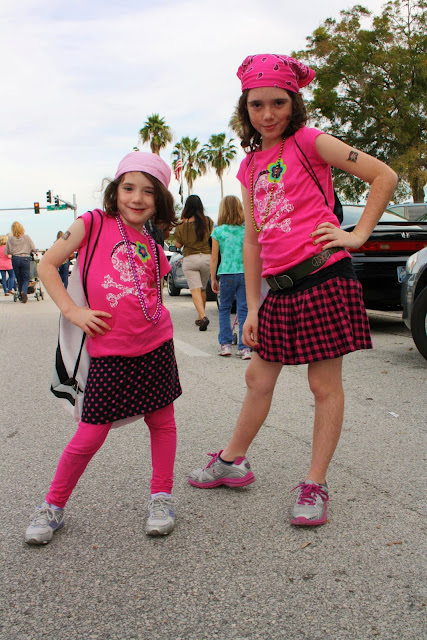 The Great Bead Booty be the gem of all the scurvy pirates at the Gasparilla Children’s Parade.  The secret, me hearties, is to keep ye good eye on all that is casted from the krewes that sail along Bayshore as ye never know what treasures lie in front of ye. 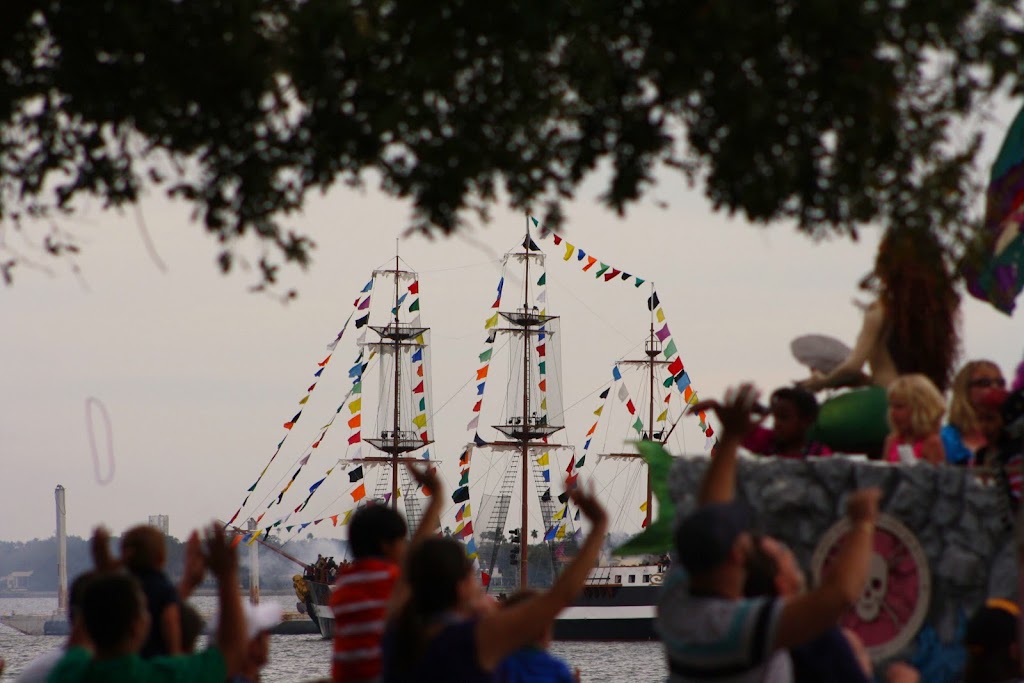 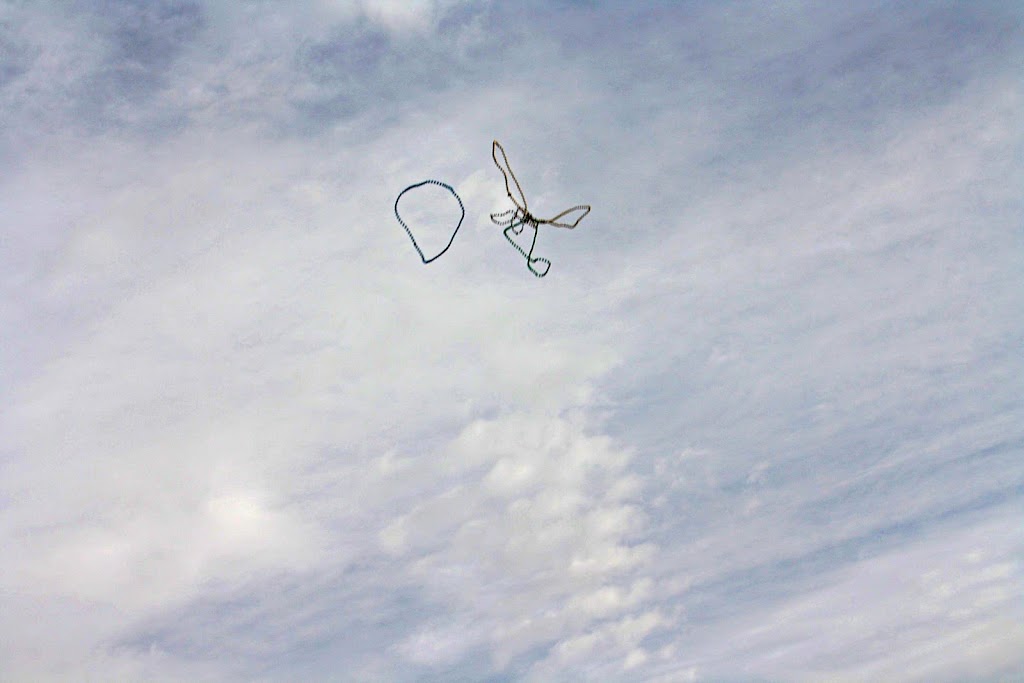 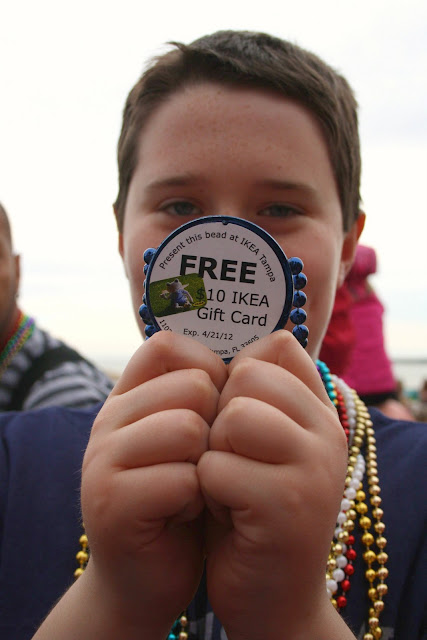 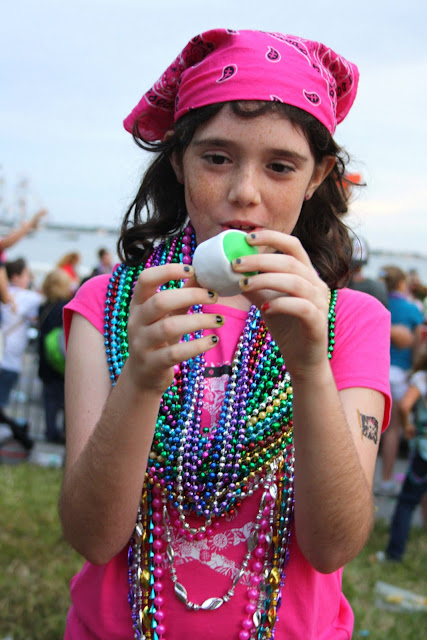 Be it beads or candy, scurvy pirates need to be ready. Aye, that be the story of how   some pirates lose an eye and are forever cursed to wear a patch. 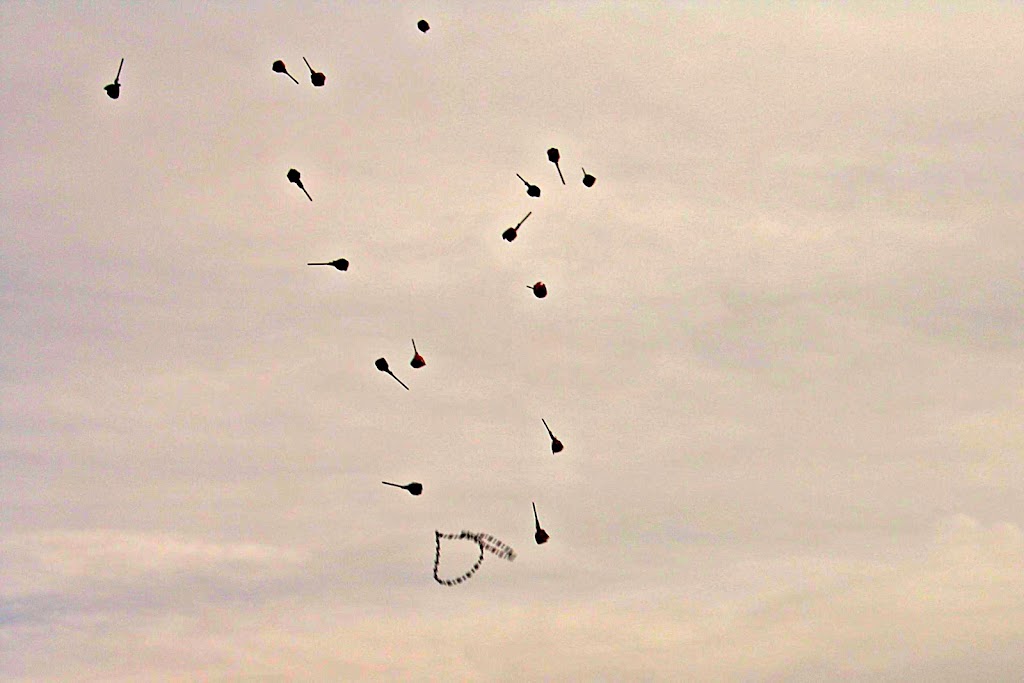 Even me youngest scallywag found treasure… 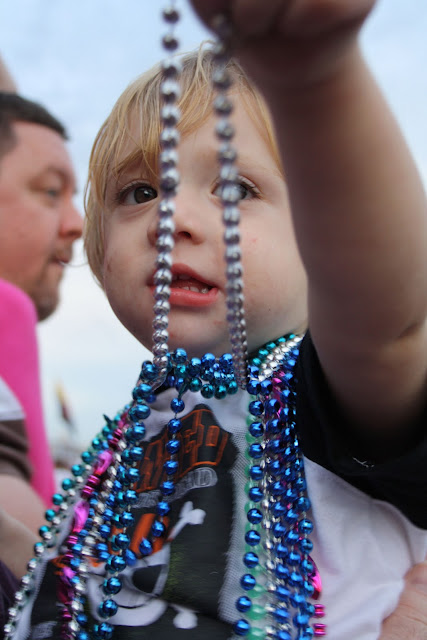 …and tried to steal some more. 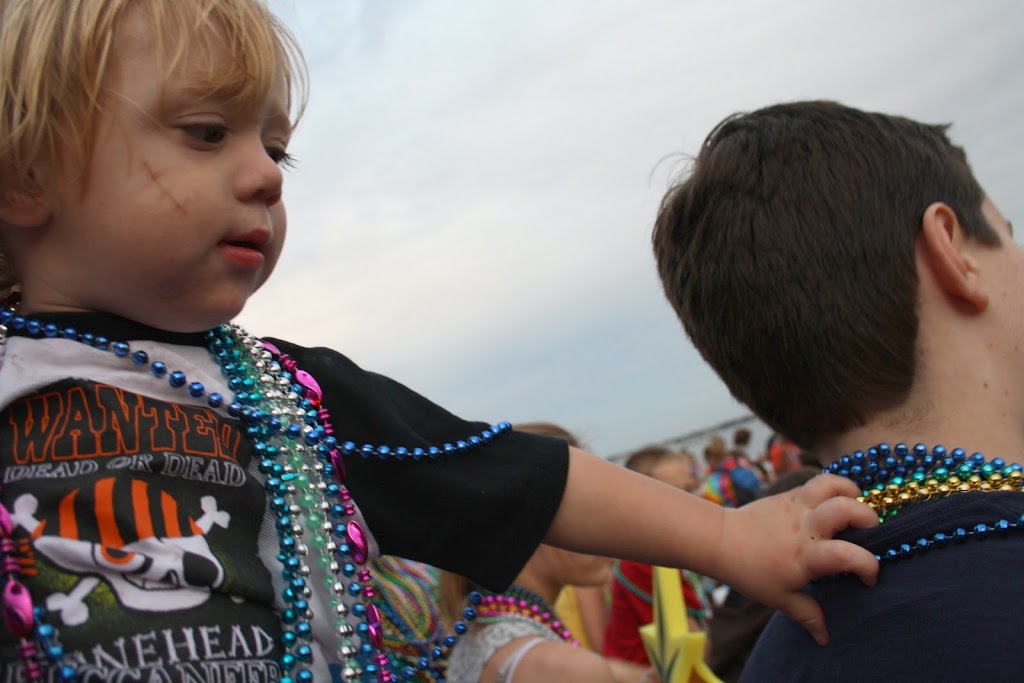 Legend tells, some pirates hunt for treasures of giant burritos. 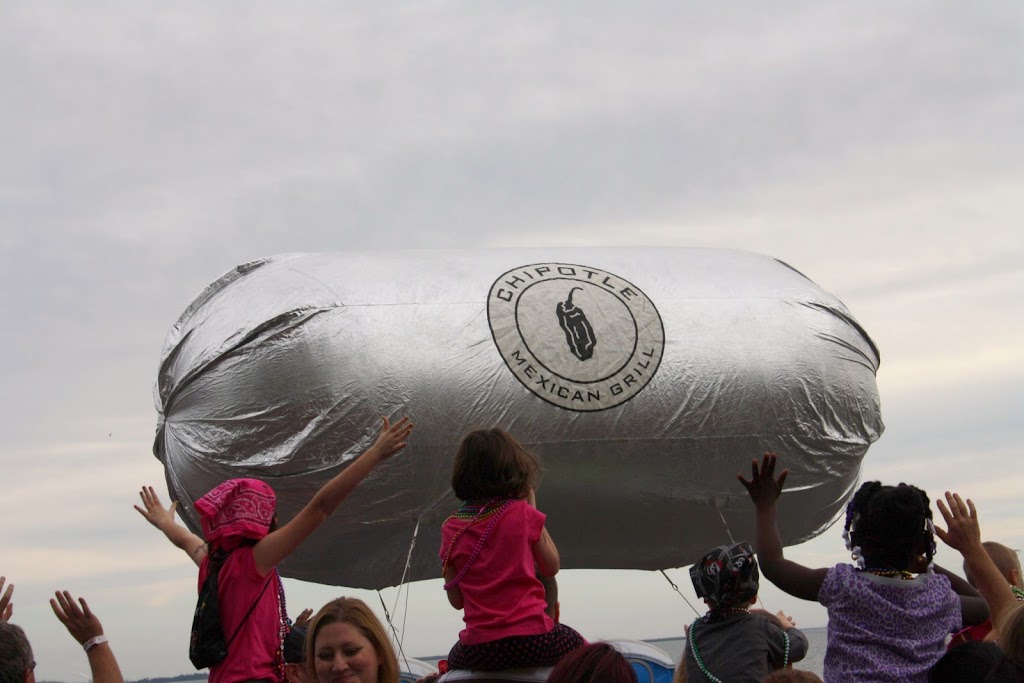 But one scallywag set her sights on cotton candy only to have her plan foiled when Mean Captain Madre grunted, “No” and threatened a long walk off a short plank if she didn’t become a jolly pirate. 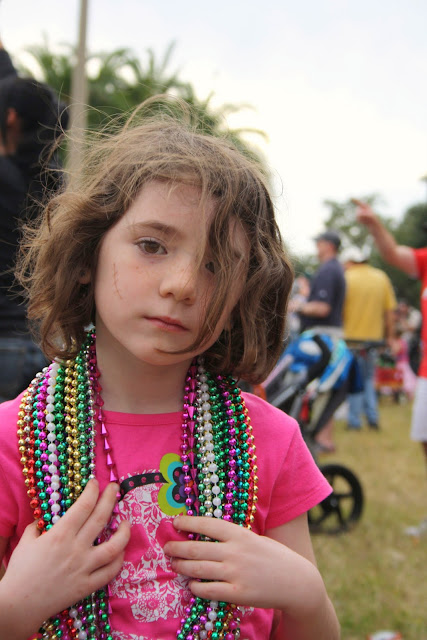 Then, a loud thunderous boom shook the land as Jose Gaspar’s ship invaded and began firing cannons.  But we did not withdraw, me hearties!  Aye, the Great Bead Booty was still ours for the taking! 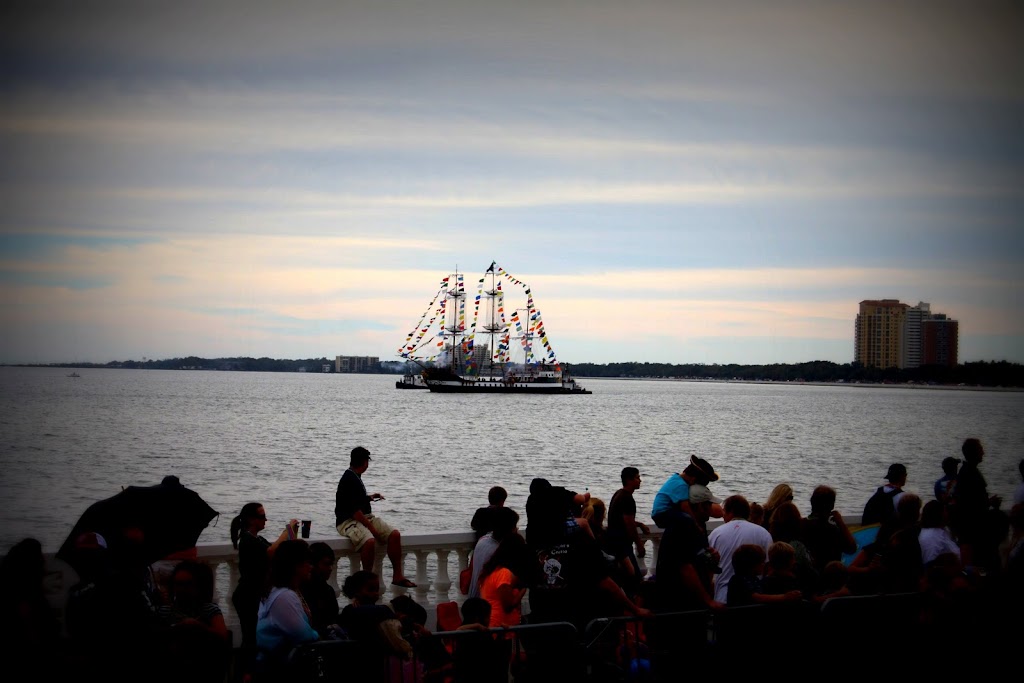 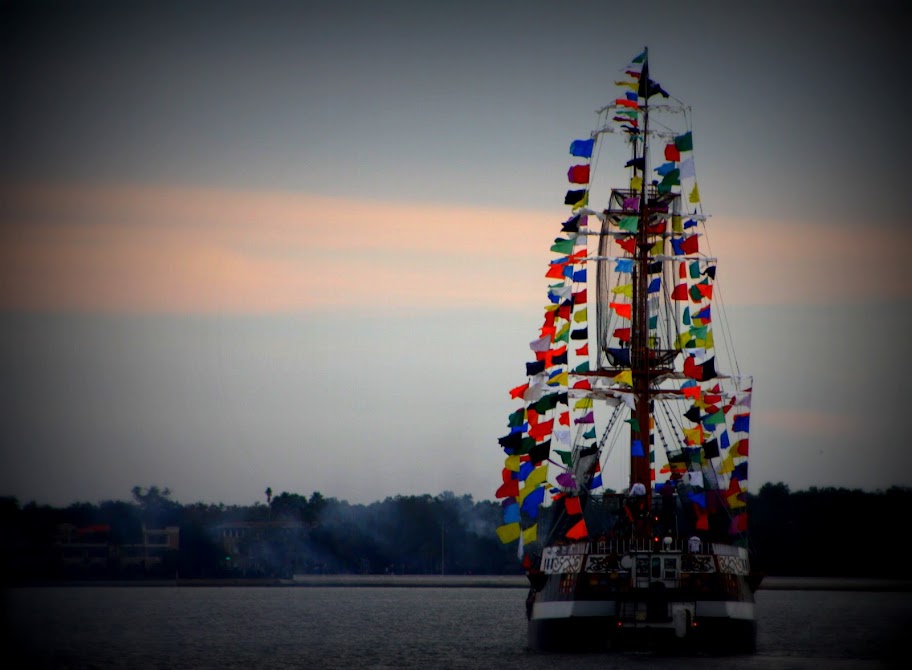 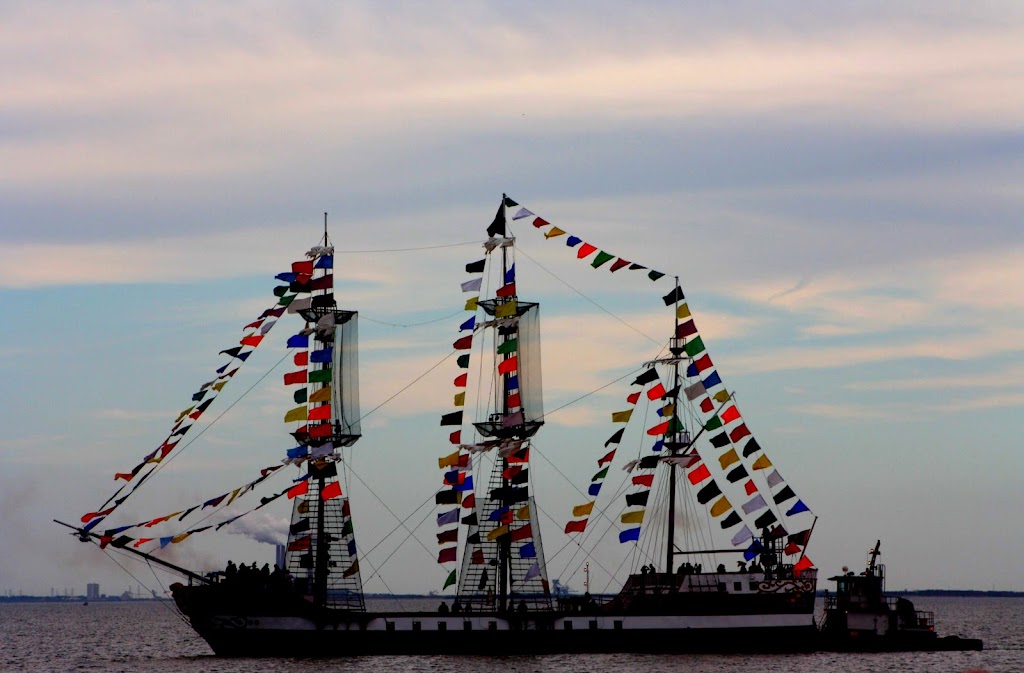 After hours upon the bay, our voyage had ended and the time had come to find a new destination to feed me hungry krewe. Aye and motley krewe we be. 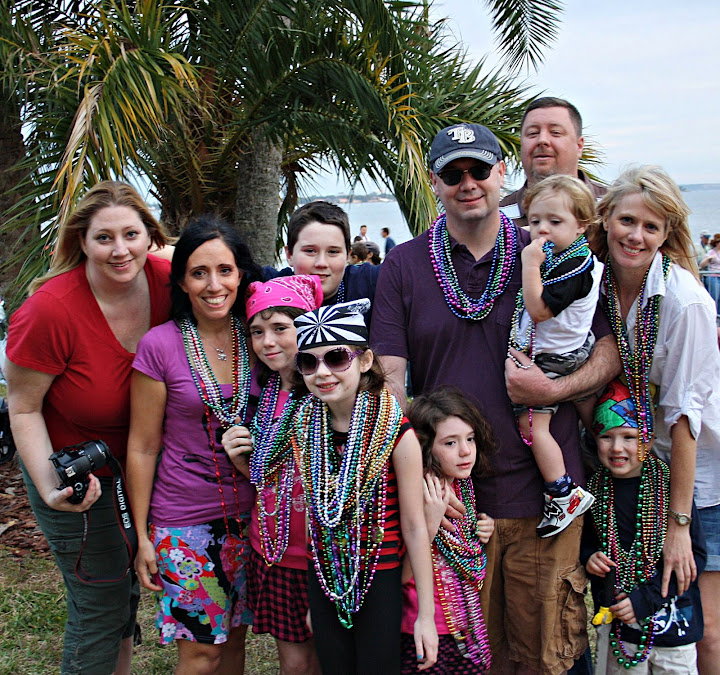 Until next year, Gaspar!  ARRRRRRGGH! 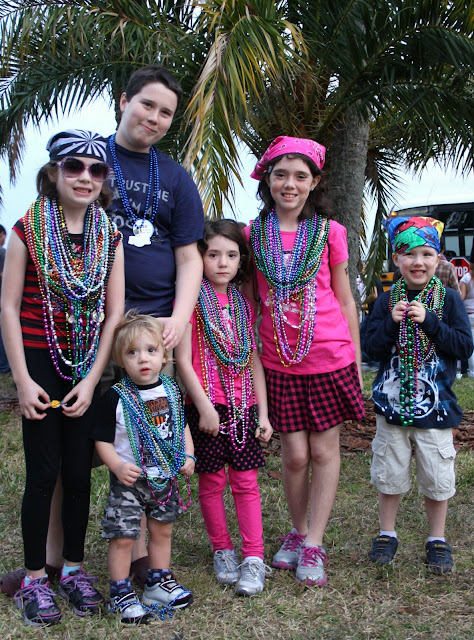