However, it wasn’t until about a week before the race that I actually even thought about making a tutu.  I found a how-to on Pinterest but I thought it would be too time consuming and I’m so not crafty. Between making dinner and homework and blogging and Facebooking and tweeting, when would I have time to tie a bunch of tulle?  So I put the princess tutu idea on the back burner.

Then, I met my new blogger BFF Ricole Runs through a stumble upon runner reader.  Not only is Ricole wickedly funny, but she blogged about running the Princess Half in a tutu.  Ricole encouraged me to make one that very night because it was THAT easy.   She also warned me that I would totally regret not wearing a tutu if I didn’t do it.

So, I went to JoAnn’s to buy 8 yards of tulle and some elastic (without a 40% off coupon).  Of course, at this point, I still didn’t know which Disney Princess I would dress as (Belle or Tianna), so I bought both yellow and green (8 yards of each color).  Even without the coupon, the whole lot cost under $20.00.

Funny enough, there was a homemade tutu on a mannequin near the cutting counter.  So, I inspected the knots craftsmanship. 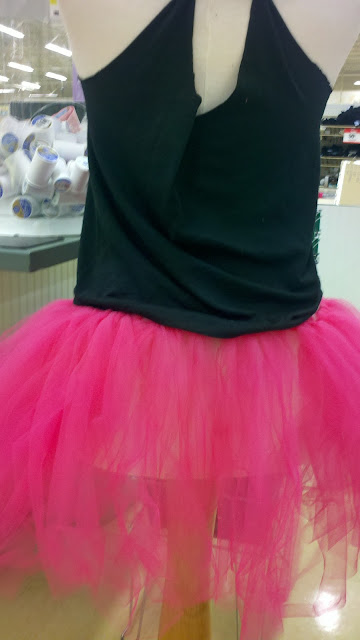 I followed Ricole’s step-by-step tutu how-to instructions because her how-to works for grown ups.  Since I don’t sew, the scissors I own were quite dull which made it difficult to cut the tulle, but I managed to make the strips I needed even if they were a bit jagged and ratty looking.  They would be hiding under poof so it didn’t matter. 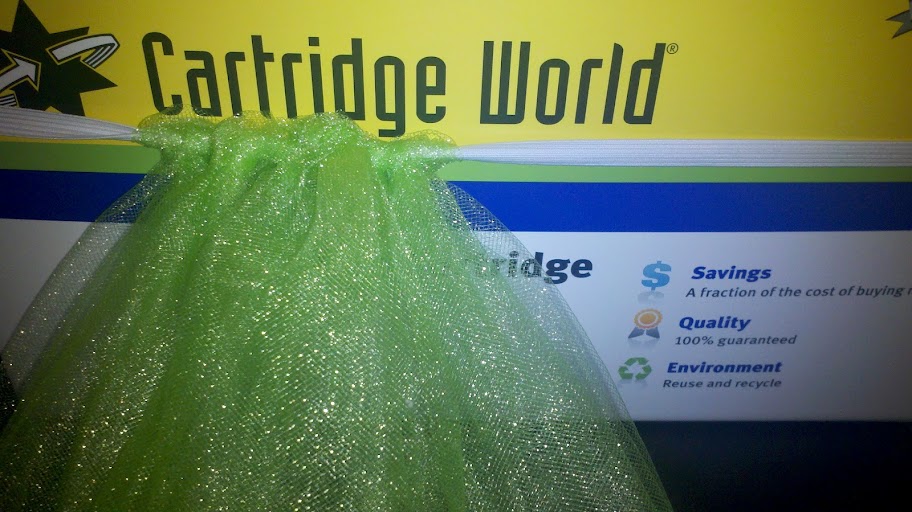 Besides realizing a need for sharper scissors, I also learned not to make the knots too tight as it overstretches the elastic.

In about 60 minutes, I had a brand new green tutu.  And then I made a yellow tutu.  In the end, I decided to be Belle for the Disney’s Princess Half Marathon and wore the yellow tutu.

I saved the green tutu for St. Patrick’s Day. 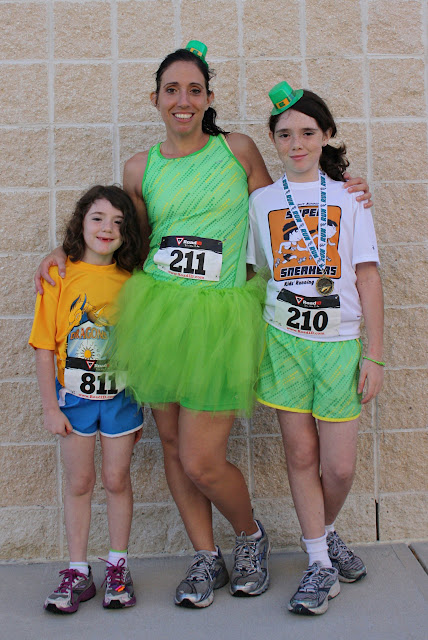 Ricole was right on all accounts.  It was THAT super easy and after seeing all the fun running costumes at the Princess Half, I would have regretted not wearing a tutu.

Ricole was also right about wearing costumes while running to be fun. Tutu skirts are not annoying.  They don’t chafe or itch and you won’t even remember you’re wearing it until someone compliments your handiwork.

I need to wear costumes more often.  My wheels are spinning.  The tutu possibilities are endless.  I’m definitely going to make red, white and blue tutu for an Independence Day race.  Maybe I’ll use blue tulle with silver stars.  But, first I need to buy some sharp scissors.