At 5:00 p.m. two hours before the start of the Oldsmar 5K, terrible thunderstorms began rolling into the Tampa Bay area.  It was ugly.  Sporadic flashes of lightning lit up the gray skies and rain drops like Christmas lights.

As much as I don’t like running in the rain, I’ll suck it up for a race, but lightning is a whole other story.  Then, I heard word about a flooding watch in the area and I began to worry about soggy shoes.  “I have another race in the morning.  What if my shoes don’t dry out and I have to put them in the dryer.  What if they shrink?”

I must have looked so worried because my friend Mike asked what was wrong with me.  I believe his exact words were, “D, what’s your deal?”  Later I learned Mike was already three beers into the drinking portion of the evening.  I should have started drinking when I saw the lightning to help calm my nerves.

I decided to distract myself by reading the quotes on the back of the t-shirts included in the race bags.

“Beauty is in the eye of the beer holder.”

“I drink to make people interesting”

“You can never buy beer, you just rent it.”

Then ten minutes before the start, the race officials canceled the race due to inclement weather. Oh thank God!

Given that news, we found a dry spot inside the House of Brews and officially began the beer run part of the program by running back outside, dodging through drops of rain and jumping over puddles to wait in lines for beer and food.  We ate and drank as if we ran a race and worked up an appetite.  Well, we were really thirsty and hungry.

Rumor has it that a group of runners ran the race despite being canceled.  It must be true because results and photos have been posted online.  The rebellious runners all finished under 20 minutes.  I wonder if the lightning made them run faster?

However, yours truly was not one of them.  I was too busy stuffing my face with beer mug-shaped sugar cookies, which I enjoyed more than the free beer.

It just goes to show you.  Race or no race, my friends and I always have a great time. Have party.  Will travel.  Rain or shine. 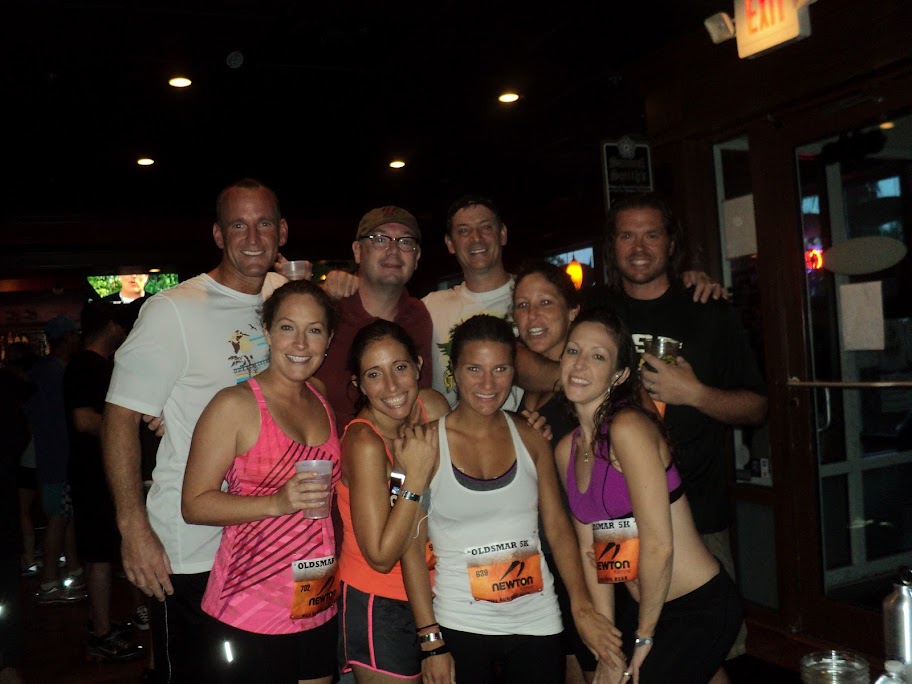