When assembling an Avengers birthday party, begin by asking the birthday boy or girl what he/she envisions.  I guarantee the birthday girl and her party planning older sister have some very specific ideas. 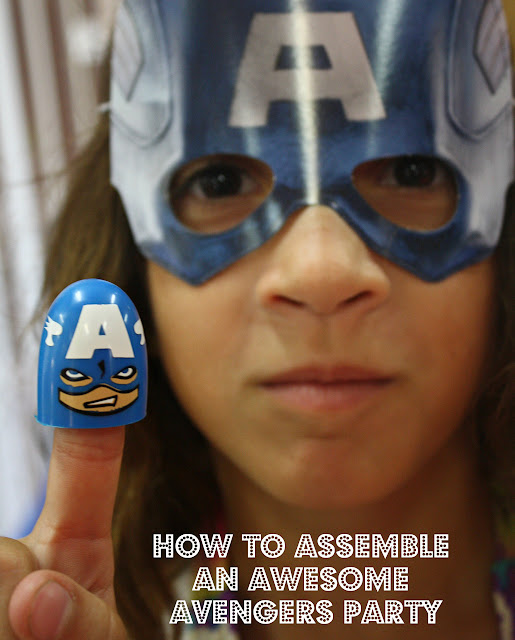 Upon arrival, guests were directed to play our first game Take the Hulk Down where they took turns aiming a bow and suction cup arrows at an Avengers movie poster hanging behind a sliding glass door.  Each hit was recorded by our lead party planner and prizes like Avenger frisbees and punching balloons were given to the children who hit the Hulk. 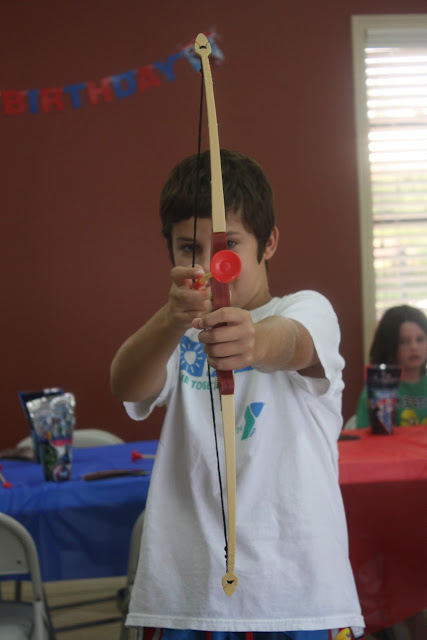 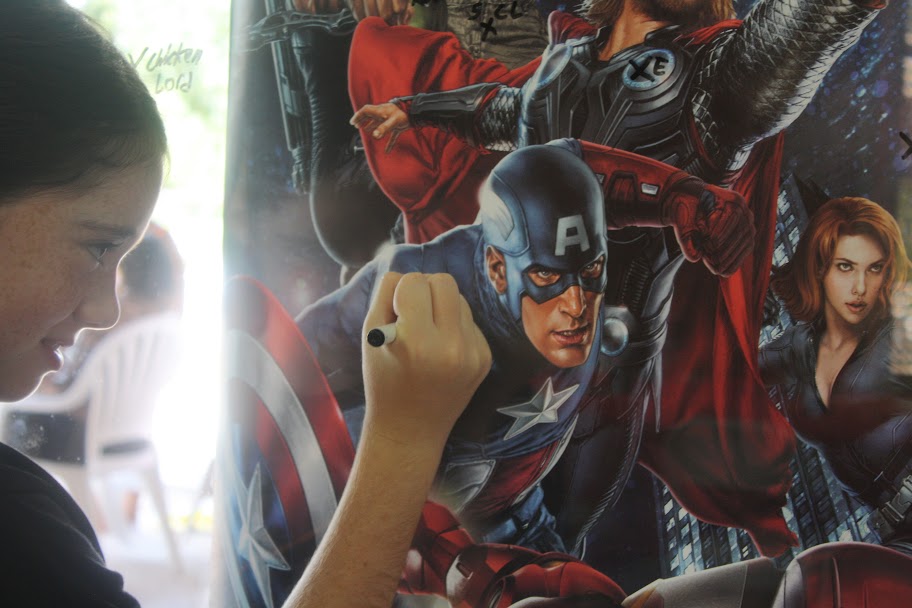 We also played Pin the Shield, a pin-the-tail-on-the-donkey type of game discovered at Party City.  Once again, prizes were given to the children who placed their stickers closest to Captain America’s shield. 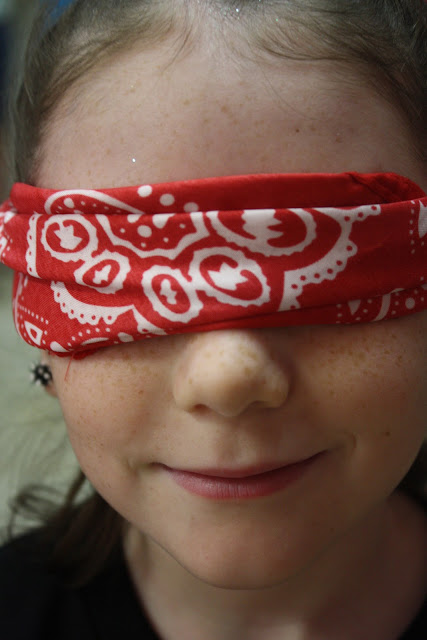 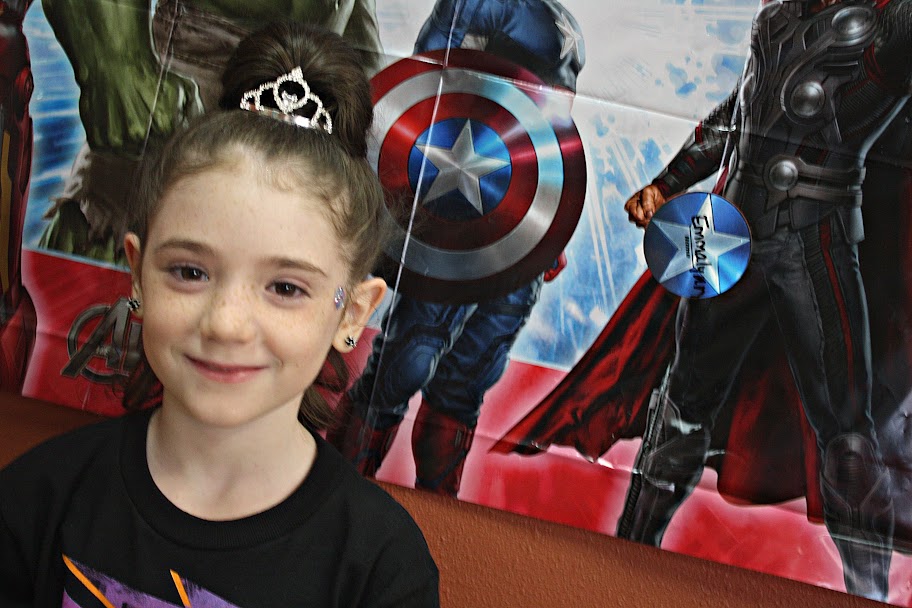 Of course no party is complete without a piñata, but for our Avengers party, we played Hulk Smash the Piñata with some Hulk fists we borrowed from our friends.  As the children punched the piñata, the Hulk fists of furry would yell phrases like “Hulk smash!” and “Don’t get my angry!” 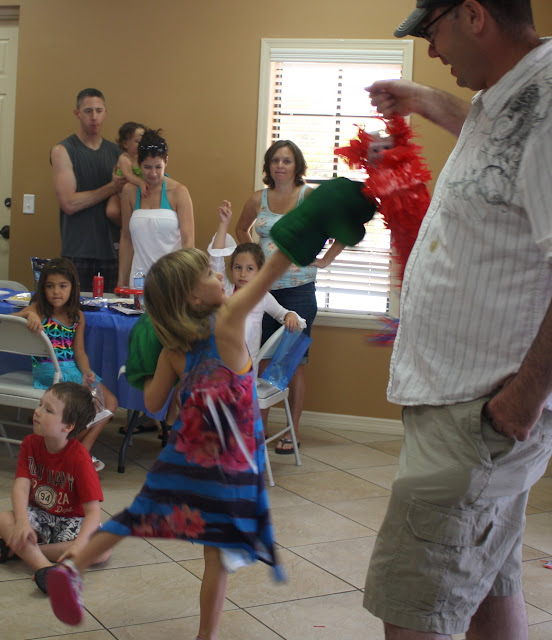 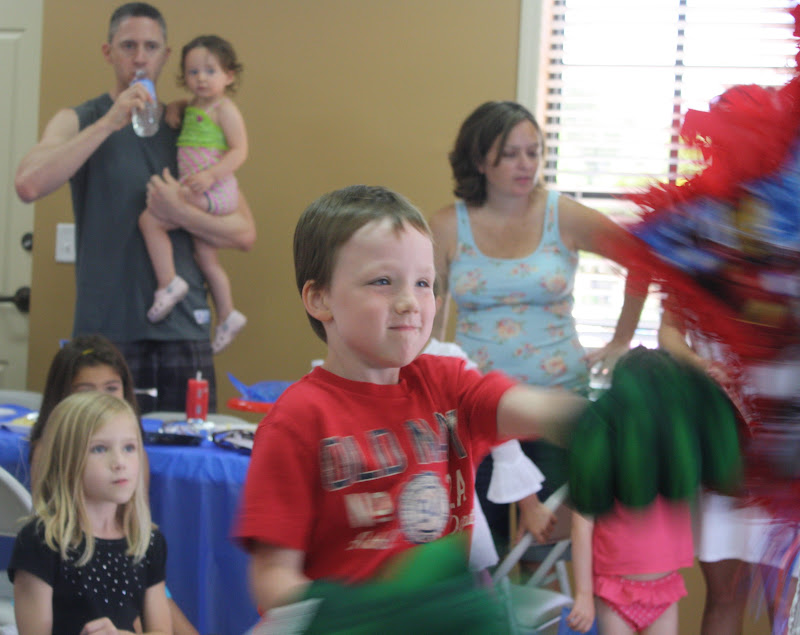 As for the party favors, each child received a plastic Avengers cup filled with a coloring set, a Marvel Super Heroes Thumb Wrestler, some Avenger tattoos and an Avengers bracelet.  The cups were set on the tables next to Avengers masks, which many of the children our little superheroes guests wore during the party. 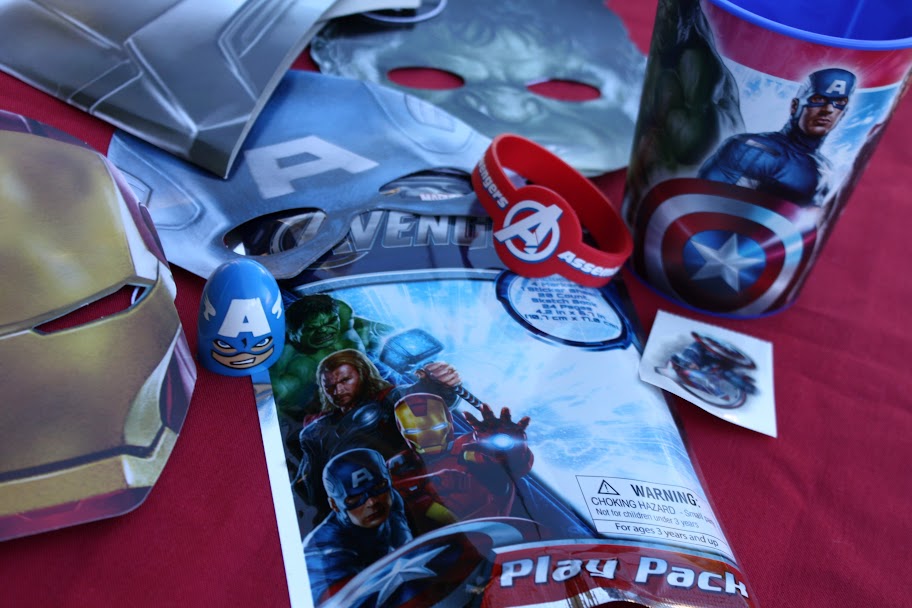 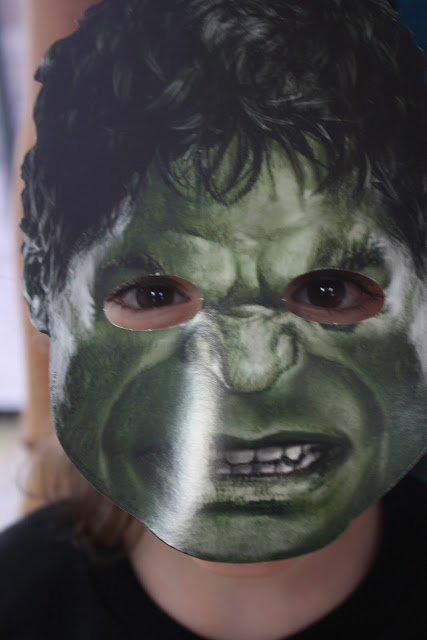 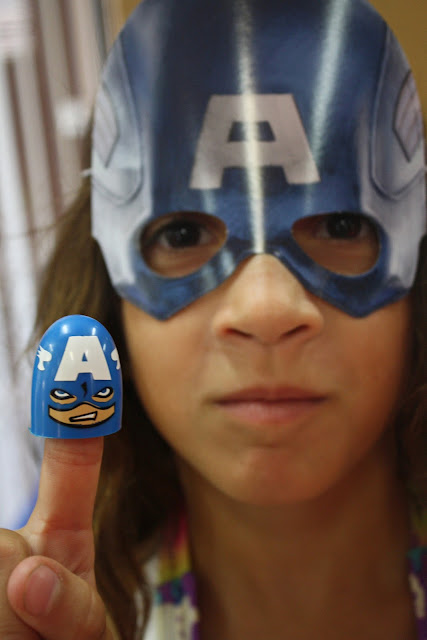 Thanks to my super party planners, our Avengers party was kid-approved, mom-approved and definitely a smash to everyone. 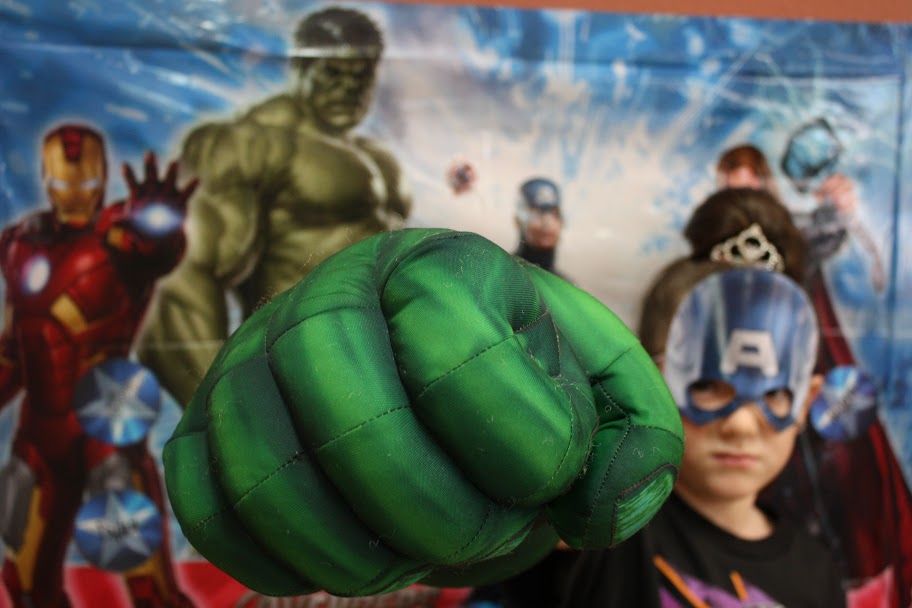 In case you’re wondering about the birthday girl’s princess superhero hairdo, you can read about that here. 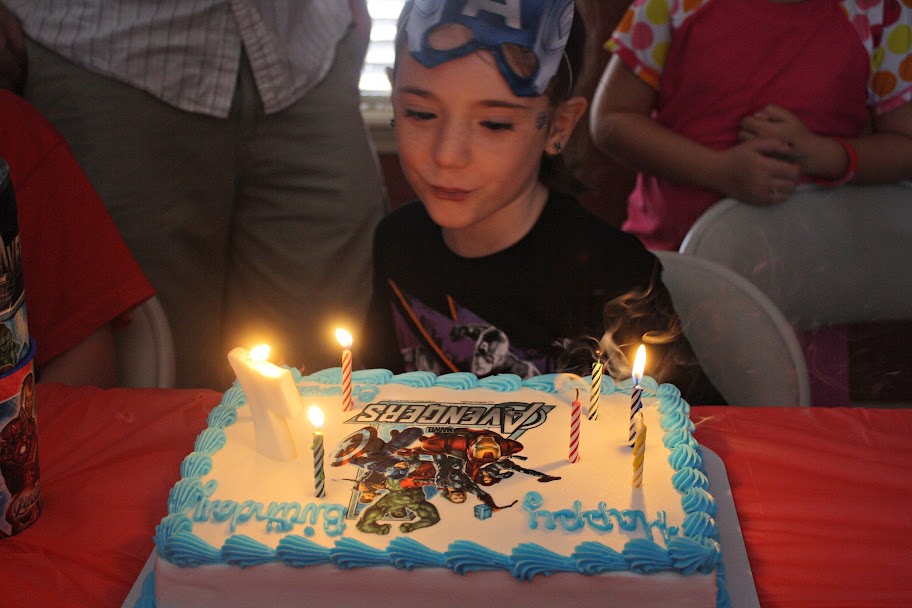