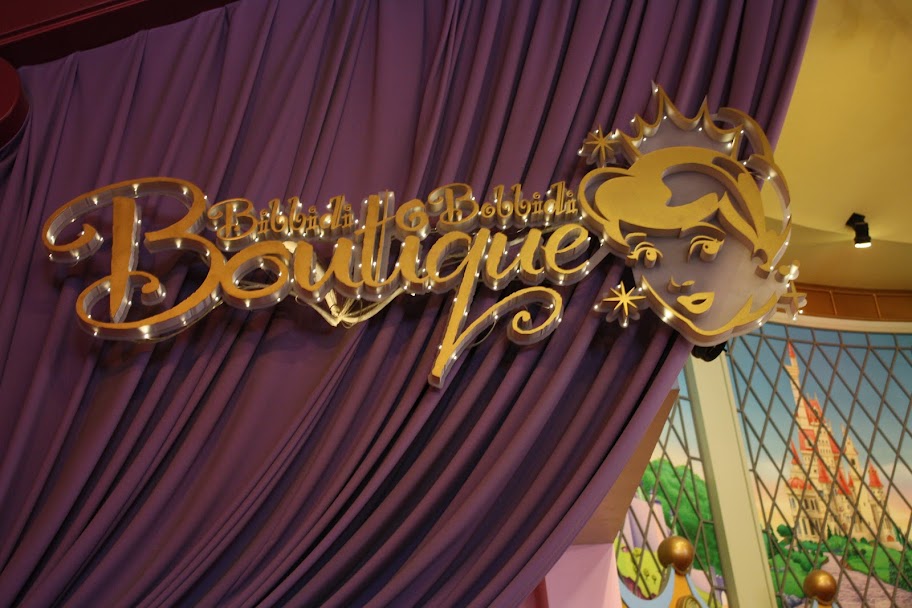 Emmalynn rarely asks for anything.  So when she asked for princess hair from the Bibiddi Bobbidi Boutique for her birthday, I was happy to oblige.

I scheduled her “crown package” appointment on her actual birthday, which would included makeup, nail polish, princess sash, face gem and a princess cinch bag.  Because it was a Thursday afternoon, we didn’t have to wait long for her appointment, which seemed pretty lucky for summer time in Orlando.

To save some money, I bought her Merida dress at the Disney Store instead of opting for the “castle package” or purchasing one at the World of Disney in Downtown Disney. (I also stumbled upon a Hot Topic offer for 25% off any purchase for the Disney Store.)

With the crown package, Emmalynn could pick from three hair styles: Fairytale Princess with a bun and a tiara, Disney Diva with colored hair extensions or the Pop Princess with a rocking colored up do.  She chose the bun with a rhinestone tiara, which really surprised me.  I totally expected my wild child princess to go for a crazy colored punk hairdo.

Our Fairy Godmothers in Training were gracious and meticulous.  Both ladies engaged Emma in conversation as they took time pampering my little princess.  (I want to be pampered like that.)

As Emmalynn anxiously awaited for her big princess reveal, I captured her excitement and giddy anticipation.  Her grin made me giggle as I snapped photos. 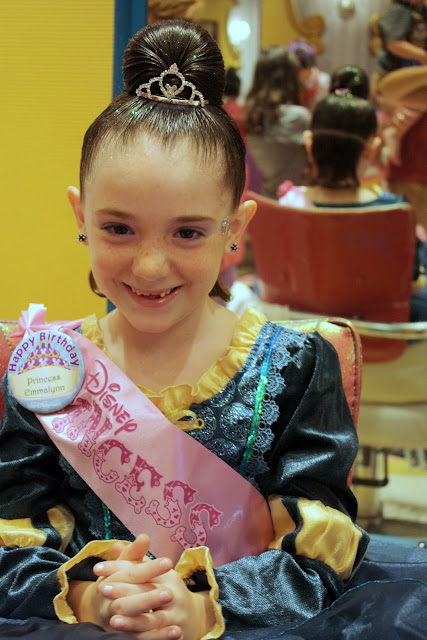 Seeing Emmlaynn’s reflection in the mirror once her Fairy Godmother in Training spun her around was simply priceless.  Her smile sparkled brighter than the fairy dust in her hair. 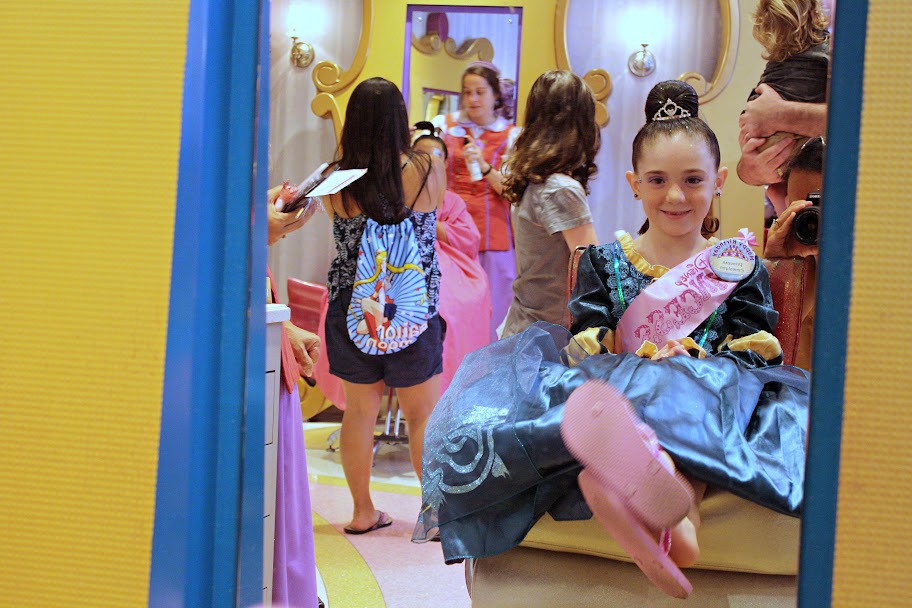 Upon our exit, Emmalynn signed the boutique guest book, but the fun did not end there. 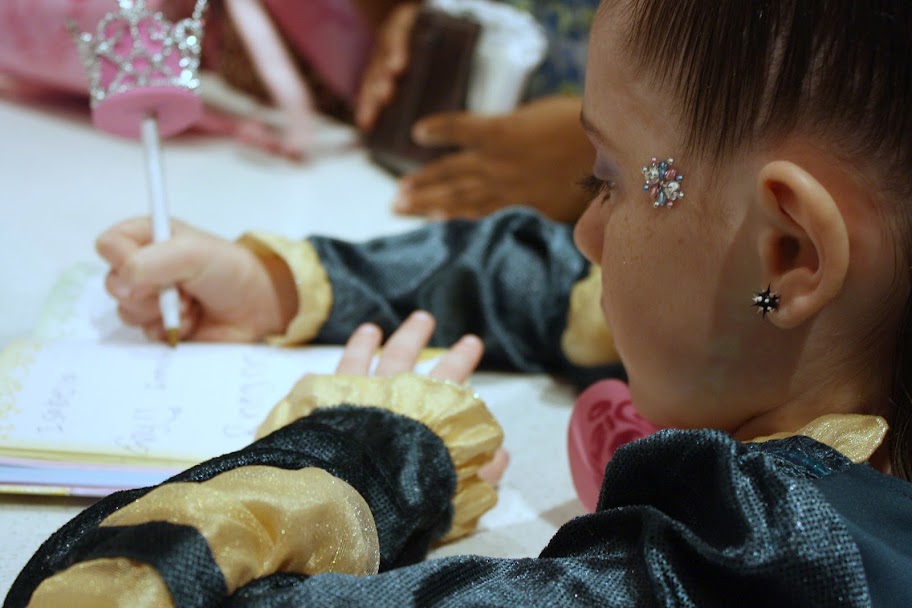 As we left the World of Disney store, we stumbled upon a Princess Parade just about to begin. 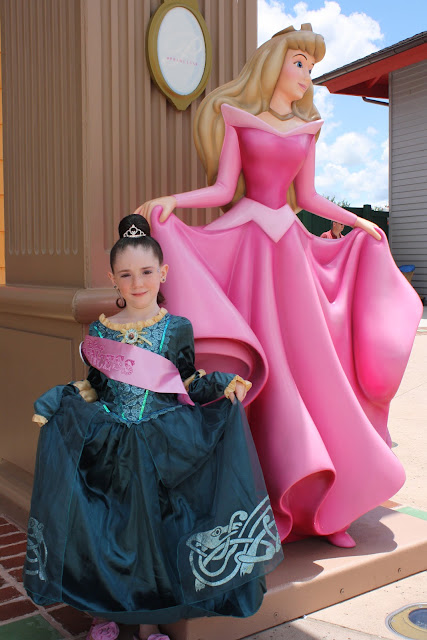 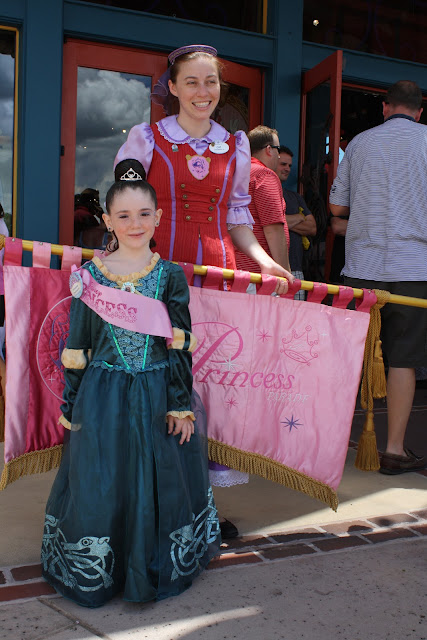 Do you want to join our Princess Parade?” asked another Fairy Godmother in training, though she didn’t look like she needed any further training.  She looked the part.  Emmalynn was thrilled to be part of the parade. 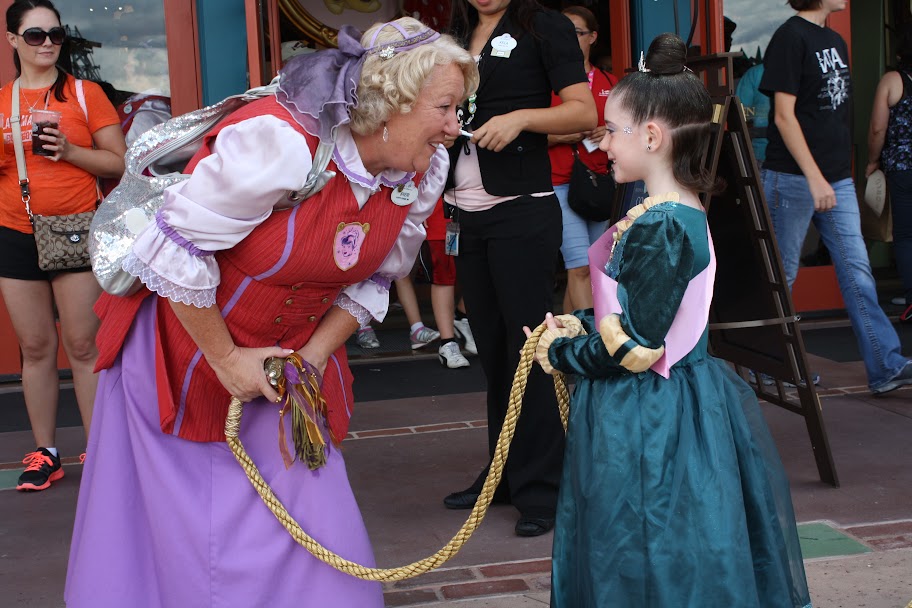 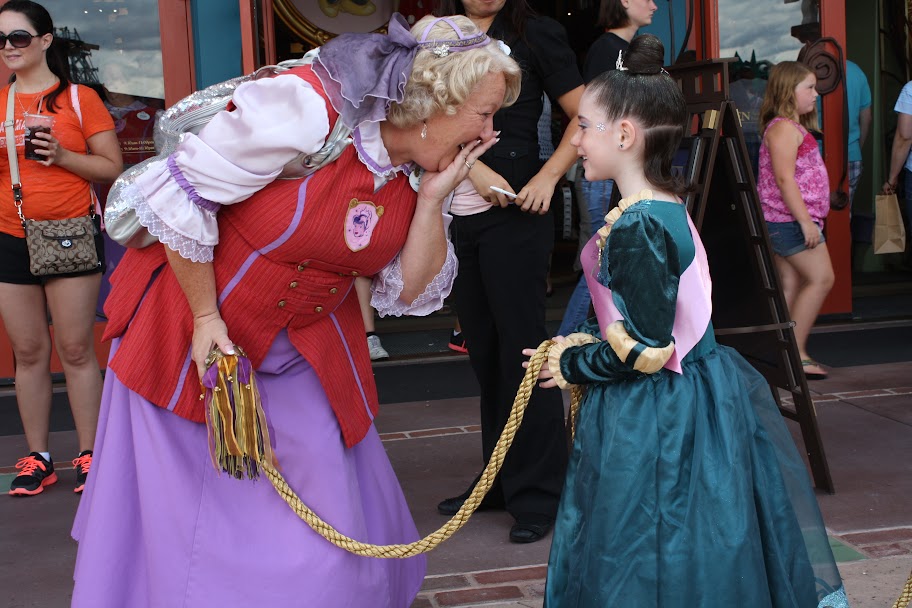 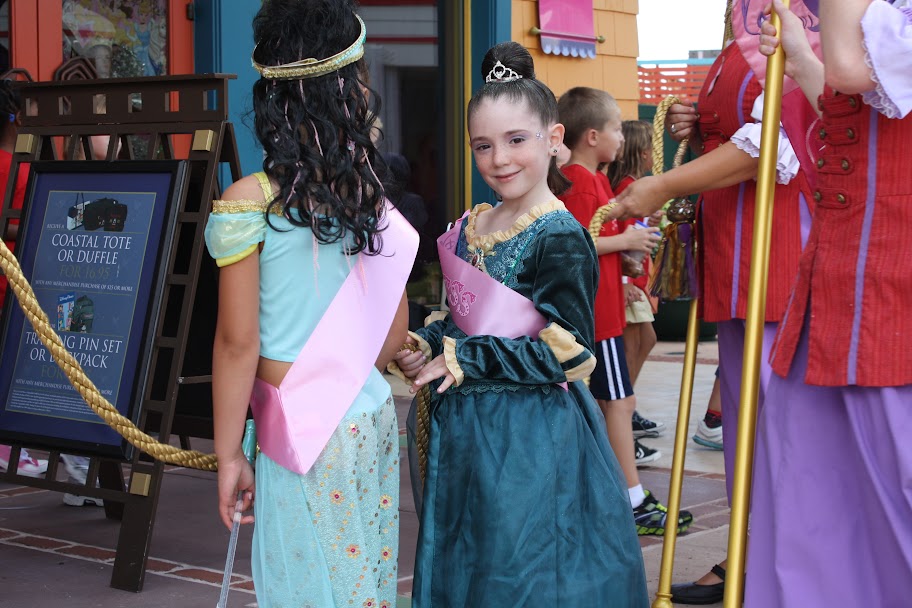 Before the parade began, the Fairy Godmothers in Training taught all the new princesses the proper parade etiquette.  “You must remember the princess parade wave.  It’s elbow, elbow, wrist, wrist.  Always smile and blow a kiss.” 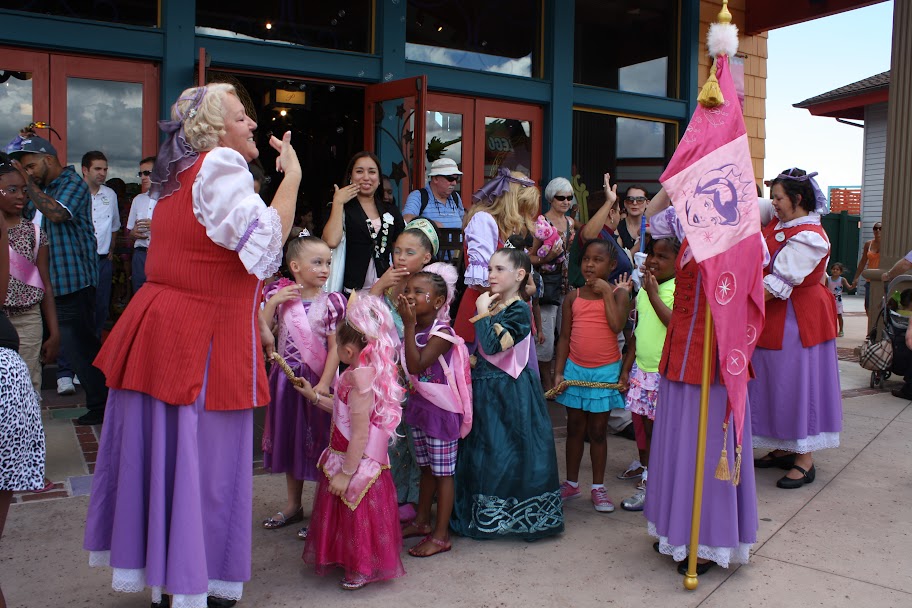 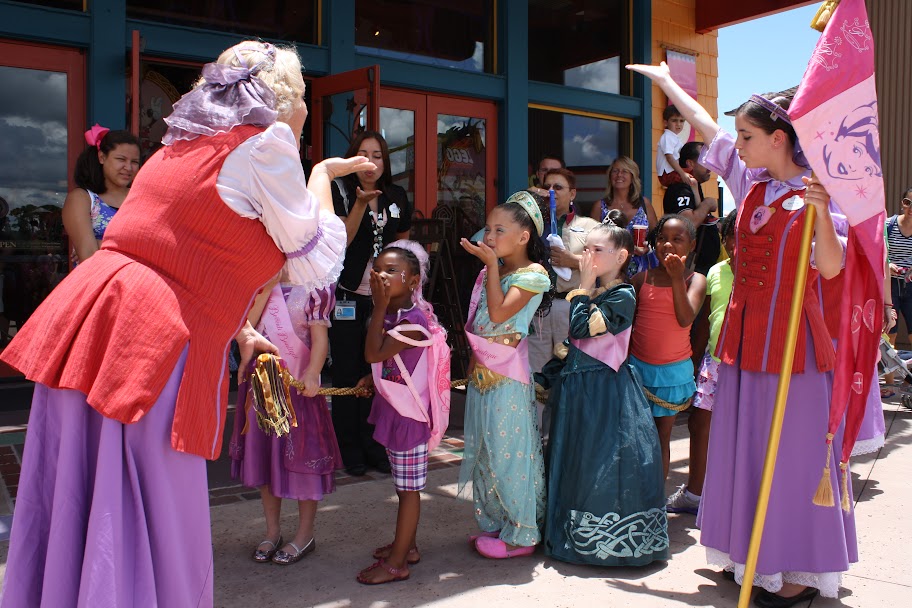 With a few magic words, the music began and the Princess Parade was underway.  Princess Emmalynn took the role very seriously. 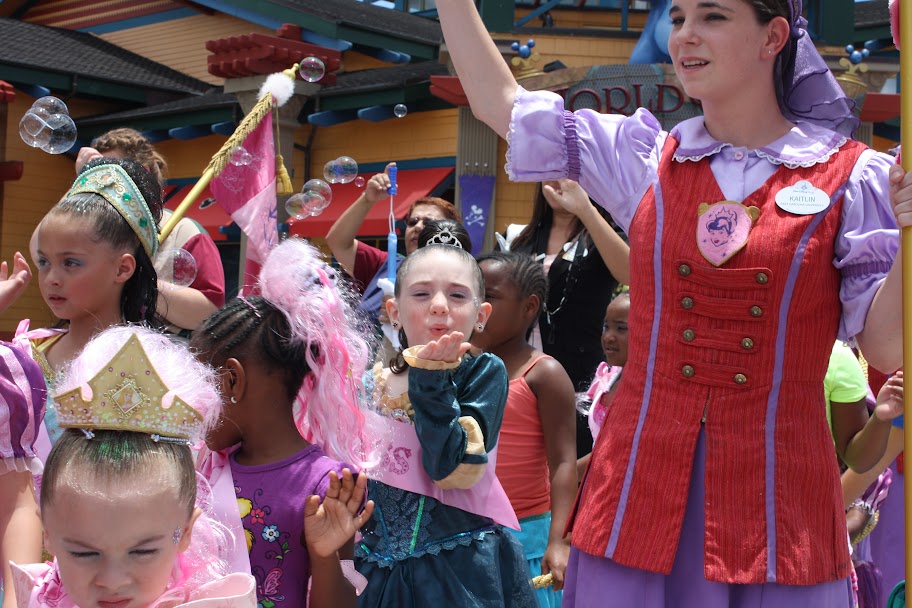 The Fairy Godmothers in Training led the princess through the Downtown Disney Marketplace.  Team Mickey cheered as princesses passed by.  Like spectators at a race, the cast members held signs to keep everyone’s princess spirits up. 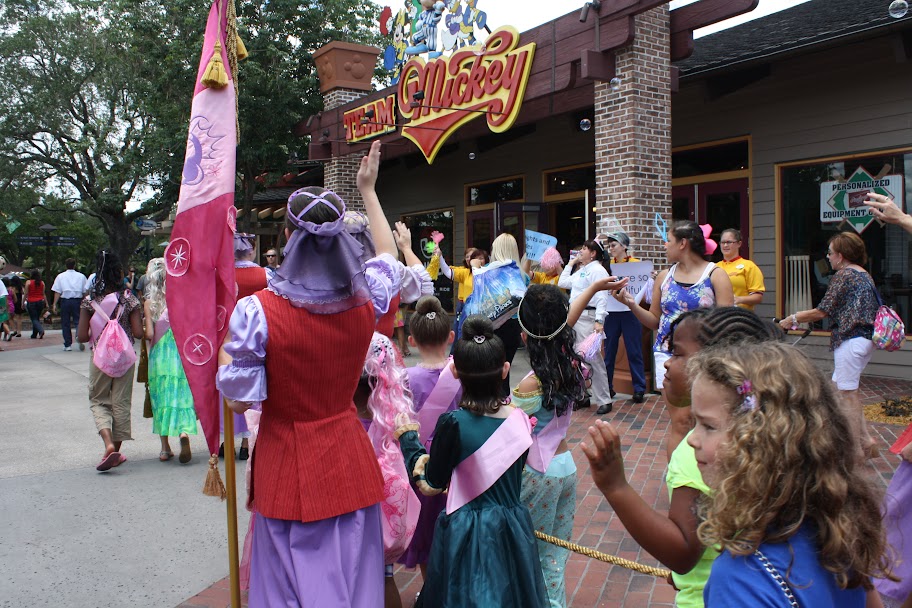 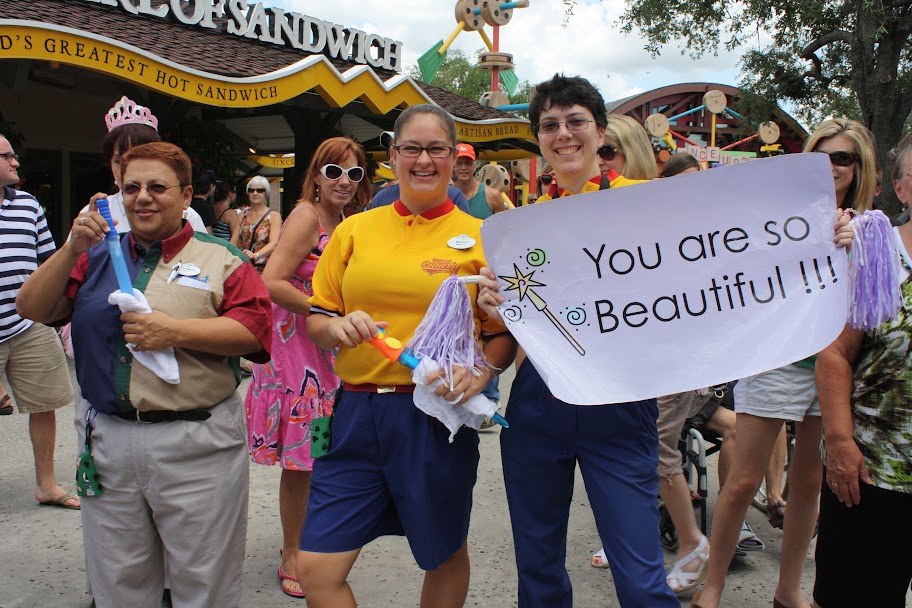 The Fairy Godmothers in Training led the princesses to their awaiting carriage: the carousel (which they rode for free).  All the princesses looked so precious on their ponies. 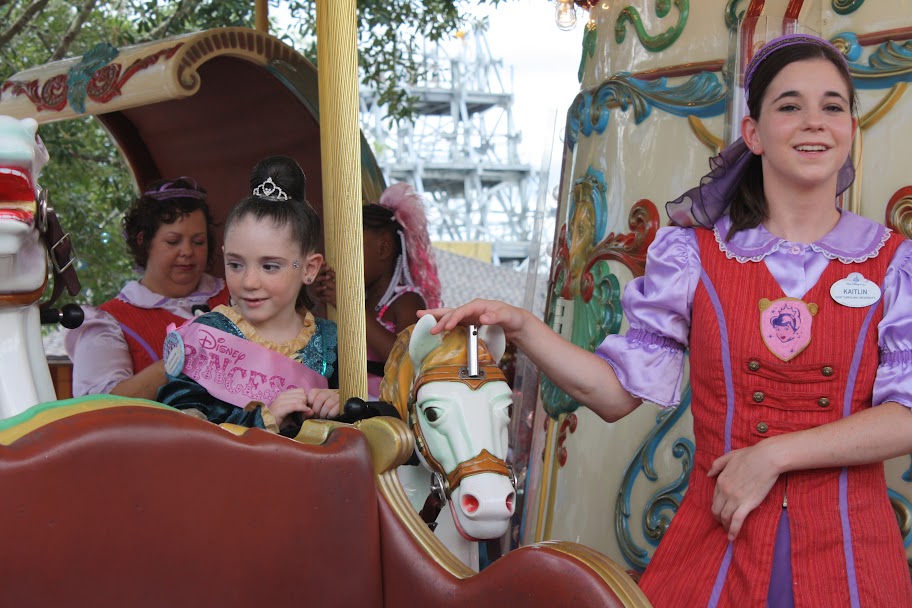 It was a birthday to remember and a truly magical day.  For one day, the girl who rarely asks for anything became a princess who experienced a gem of a day where dreams come true. 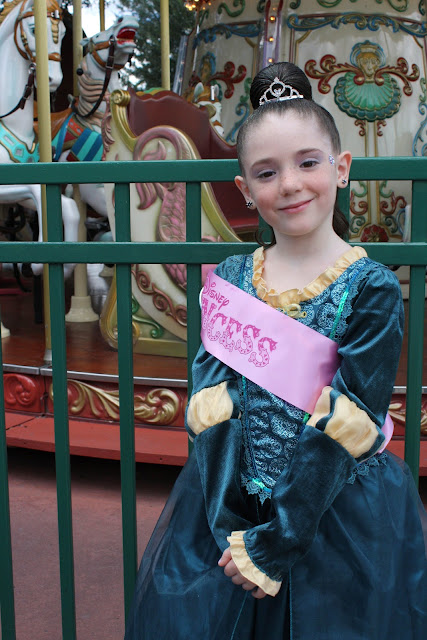