Despite being shattered from a long week and camping with the Girl Scouts the night before, I conjured enough strength for our annual adult Halloween party and I’m so glad I did.  As usual, the party was a real treat. 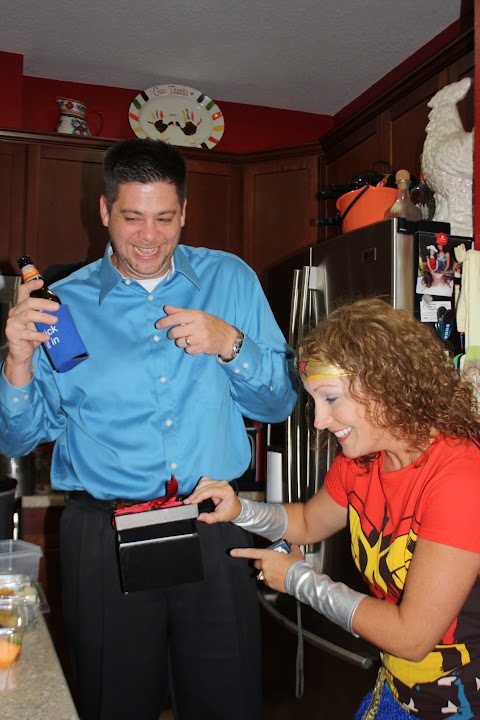 It seems we weren’t the only ones with crazy a schedule this year, because our party was a lighter than normal, but that didn’t stop it from being a truly bewitching time. 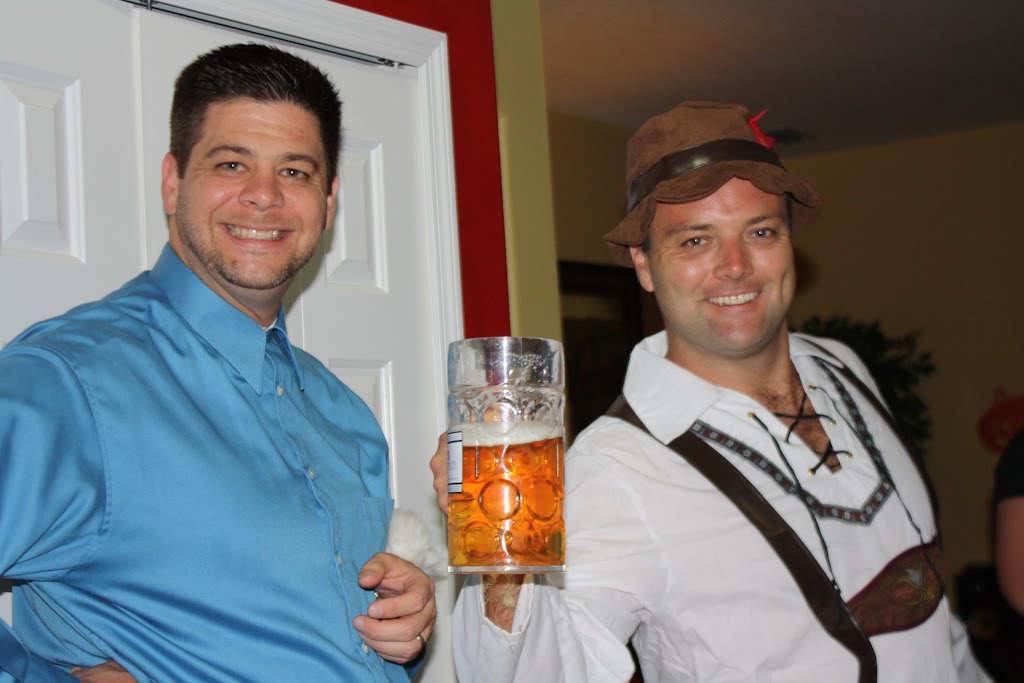 Like previous years, most of the costumes were creative and fun, although Marcia needed a little help with hers.  During the party, Marcia confessed to not liking Halloween or dressing up even though her husband Patrick loves it.  I told Marcia, “You have to find an angle to make Patrick’s costume work for you.  You work around his costume.   For example, you could be his hostage.  You just have to think outside of the costume box.” 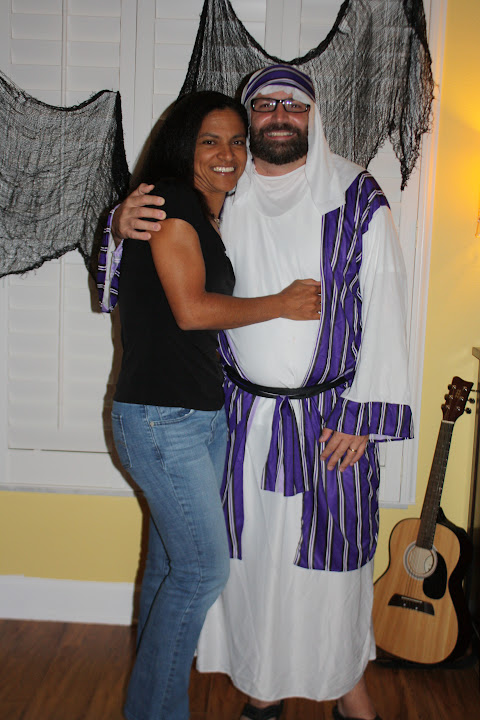 Speaking of thinking out of the box, no one knew what I was supposed to be until I explained it to them, which only made my costume more comical.

My iCarly inspired sushi costume was so cheap and simple to throw together starting with a white cami and skirt for the rice.  The maroon throw pillow, which was meant to resemble raw tuna, was wrapped and pinned to dark green ribbon and finished with a pair of Chinese restaurant chop sticks.  The ginger and wasabi were rolled scraps of material hot-glued to a dollar store headband. See, so simple and cheap!  Allan’s psycho sushi chef costume ordered from amazon was the costly costume! 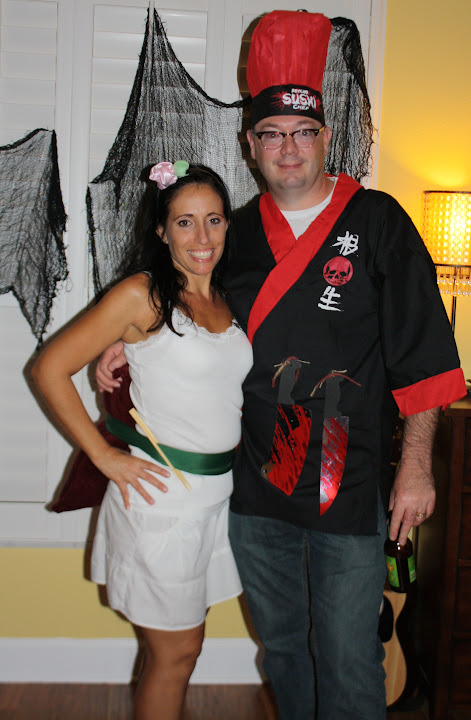 Plus, my sushi costume was almost as comfortable as last year’s Amy Winehouse ( minus the wig, of course).  It’s funny how my costumes get more and more casual each Halloween.  This sushi costume was so comfy that I’m totally weating it trick-or-treating with the kids.  I wonder if anyone will know what I supposed be then?