Like many Americans, I will be so glad when this election is over, however, I don’t believe it will end tomorrow at midnight.  With the popular vote being so close, I predict many states will call for a recount and America will be waiting for weeks to learn the name of our next president.  I also predict that Obama will win the electoral vote nationally but Romney will take Florida based upon a quote printed in the Tampa Bay Times from former Governor Jeb Bush:  “As Pasco goes, so does the state of Florida.”

It’s been such an ugly election and possibly even worse living in the swing state of Florida in the I-4 Corridor but the ugliness wasn’t limited to the TV or radio airwaves.  The spew of negativity and discontent from either side has been plastered all over my Facebook newsfeed.  I had several liberal friends complaining about Obama signs being stolen from their yards, however, ironically no Romney friends reported any such acts but perhaps not so surprisingly since Romney held a rally here last Saturday.

Then I spotted a defaced Obama sign outside my early polling precinct. 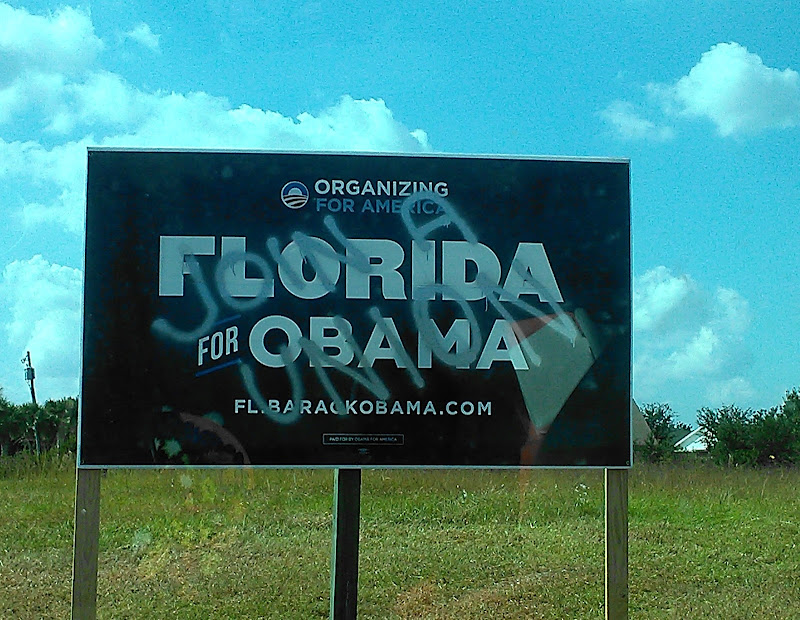 On Saturday, the last day of early voting, I waited in an hour and a half to cast my vote for Obama in sea of Romney supporters wearing buttons and t-shirts.  I should have worn my Obama tube socks. 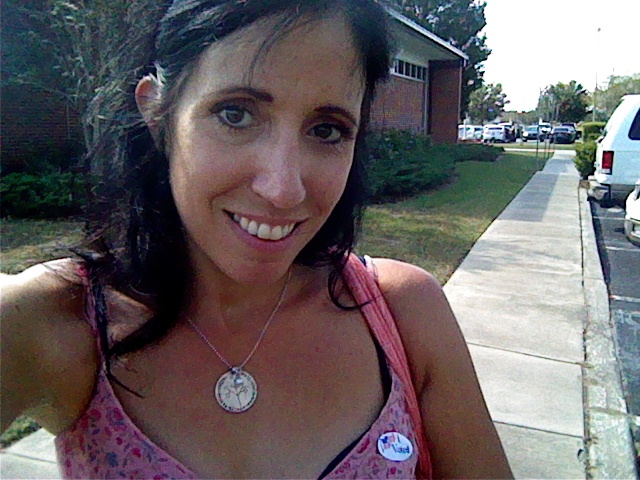 Four years later, I’m still an Obama Mama.  Yes, Mr. President, I’m ready to move forward, past all the ugly partisan politics and get back to work fixing the economy and making America prosperous again.