When I heard about a free 5K held on 9-11, I immediately signed up for the race.  Although the event was held early Tuesday morning in Spring Hill and would interfere with my family’s morning routine, I really wanted to be part of the memorial race.

The event page announced a start time of 6:30, but that’s when the race formalities and memorial service started.  The ROTC presented the flags accompanied by the national anthem sung by the YMCA children’s program director.  Then, local figures, the YMCA CEO and the Hernando County Sherriff, offered a few words followed a prayer led by a local minister. 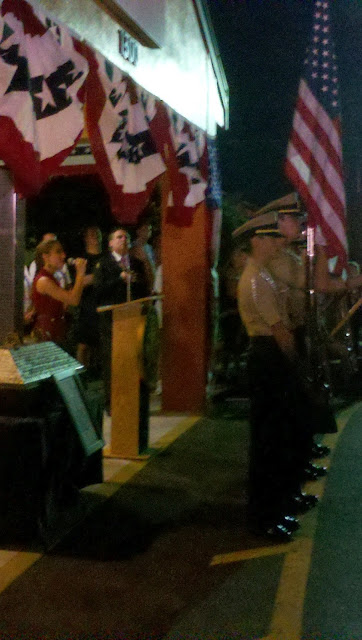 The race director also mentioned the Twin Towers artwork on display had won national recognition for its design. 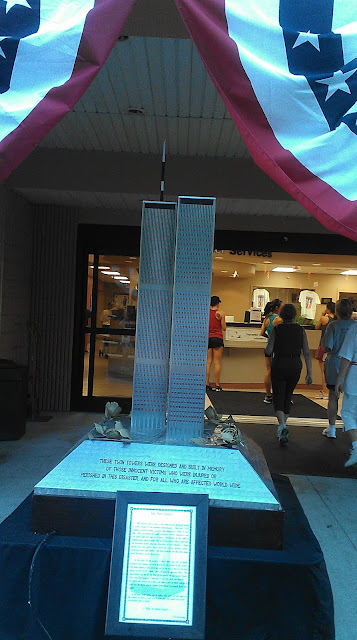 Around 7:00 a.m. we were told to move the start line and instructed to follow the fast runner with the flag.  With a crowd of a few hundred participants, I wanted to be as close to the start as possible and I found a spot behind some young male high school students. 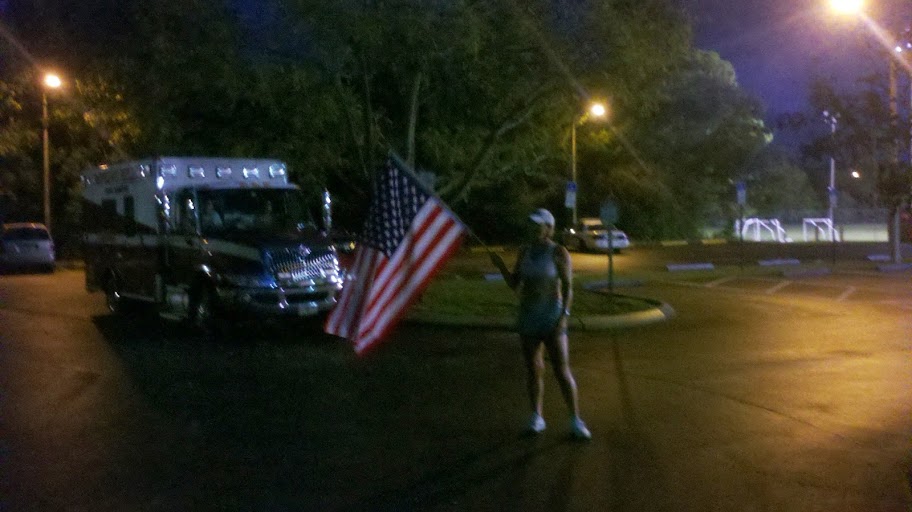 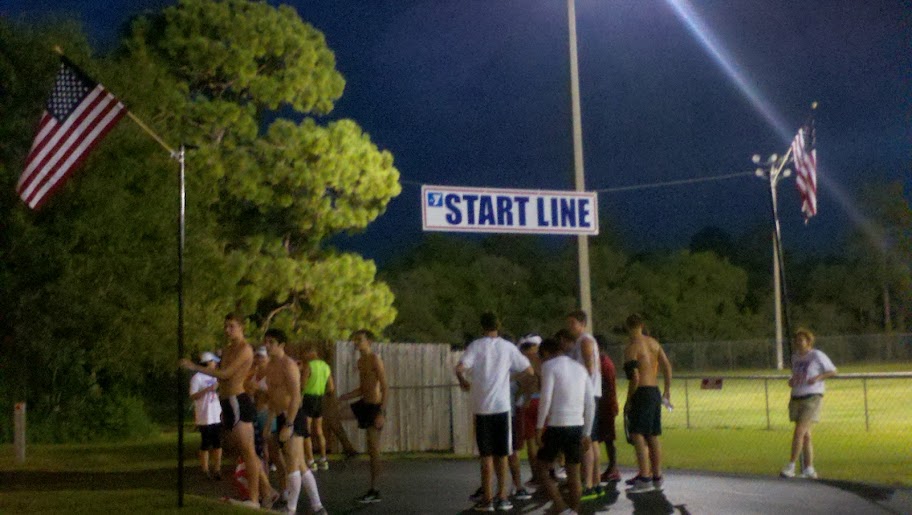 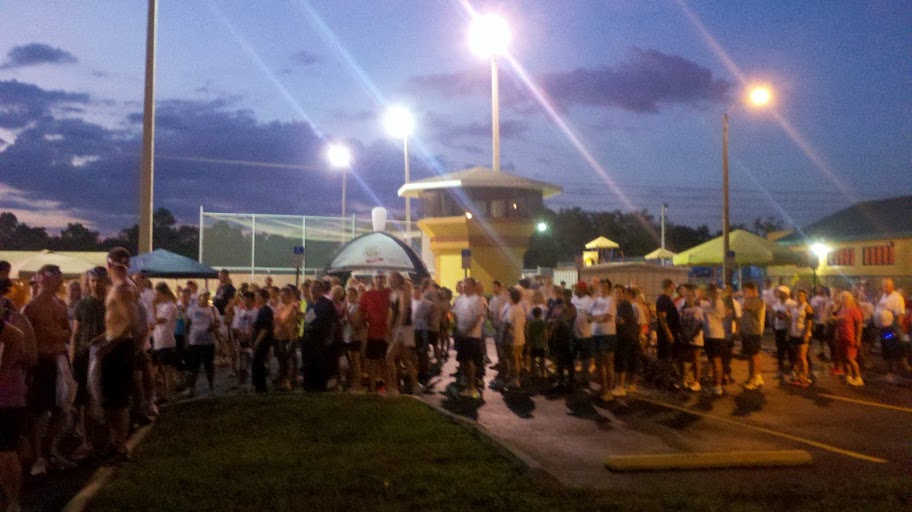 Surprisingly, not many participants wore red, white and blue although many people wore the race shirt from the event.  However, I was the only one wearing a tutu and Obama tube socks and since I made such a spectacle of myself, I had to prove I was a real runner. 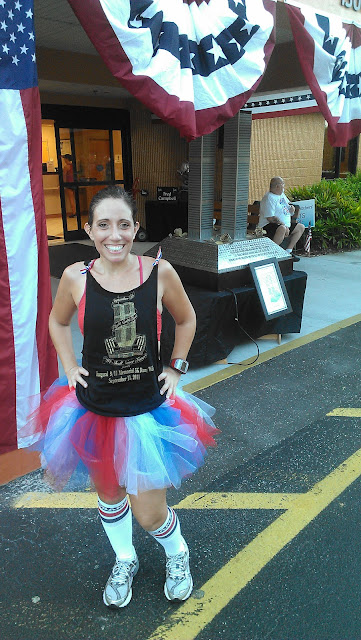 At the gun, I started my Garmin and followed the flag through the streets of Seven Hills.  That is not just a charming neighborhood name.  There are actually hills in Seven Hills.  Those steep inclines were pretty intense, but I stayed strong.  At one point, I even passed the young high school boys. 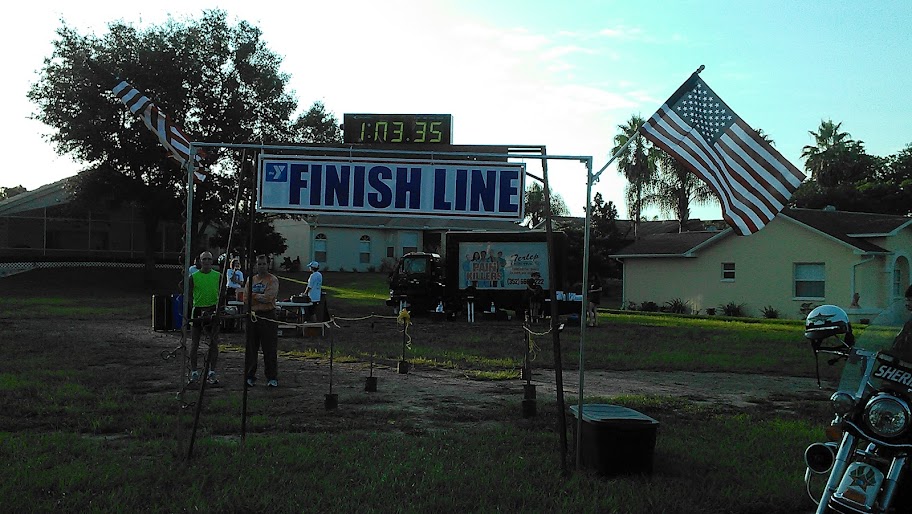 At the 1.5 mile water station, I took a very brief walking break to drink some water and then I quickly returned to pushing it up those hills.  One last large hill before the finish line and I sprinted the last quarter mile.  (After all, it was Track Tuesday.)  Even with all the hills, this was my fastest 5K post-baby.

Afterwards, we were rewarded with juice and doughnuts for our efforts.  Actually, the free continental breakfast after the race was an unbelievable spread of juice, coffee, pastries, bagels, granola bars and fruit.  Thank you to the Hernando YMCA, all the volunteers and sponsors who made this wonderful free event possible. 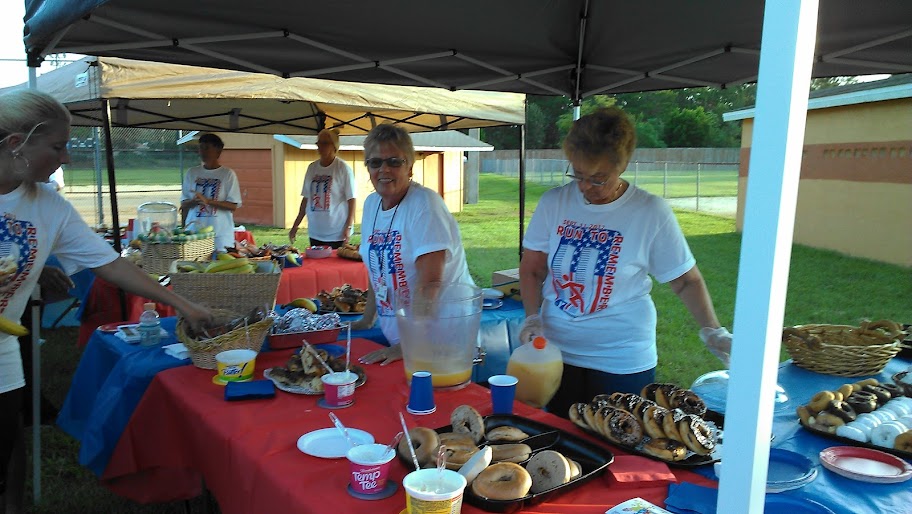