Prior to the Time Lord Fest, I had never been to a Comic Con or any type of cosplay event, therefore, I had no earthy idea as what to expect.  Now that I have been to one, I know that the costumes are as varied and endless as the universe.

This Tampa Time Lord Fest was organized to honor the 50th Anniversary of Doctor Who and its soon World Premiere Global Simulcast episode, “The Day of the Doctor”, which will air on November 23 simultaneously all on BBC networks on 2:50 p.m.

For the Time Lord Fest, Allana wanted to wear the TARDIS dress and Emmalynn crafted a costume that resembled a small Amelia Pond, the 11th Doctor’s companion.  Since Amy is Scottish, a kilt seemed an appropriate choice. 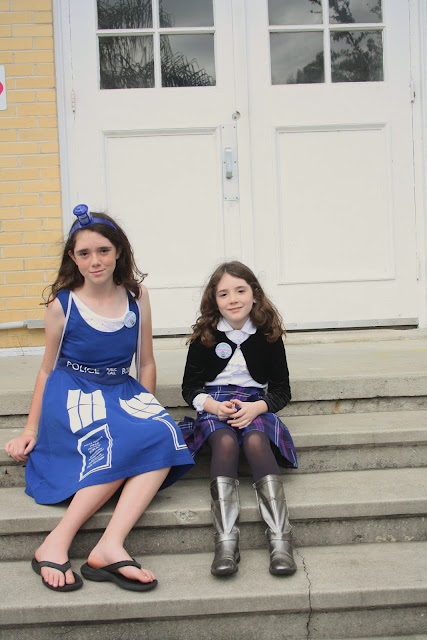 The costumes truly went beyond our wildest Doctor Who imaginations, such as one lady dressed as a cat-nun.  Lots of ladies dressed as blue TARDIS, a few in human form and one that was even bigger on the inside.

We also spotted a few scary characters such as the Silence, a Weeping Angel… 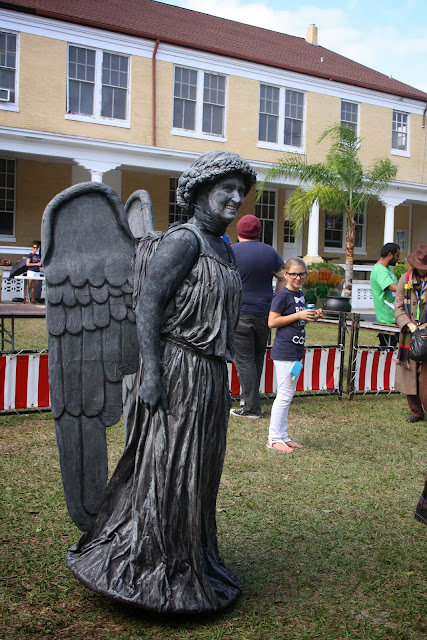 There were many companions including River Song, Rose and many Amy Ponds and all varieties of Doctors.  The grounds were crowded with 10th Doctors (my favorite) and 11th Doctors, because bow ties are cool and a few 4th Doctors with his trademark scarf but only one with a K-9. 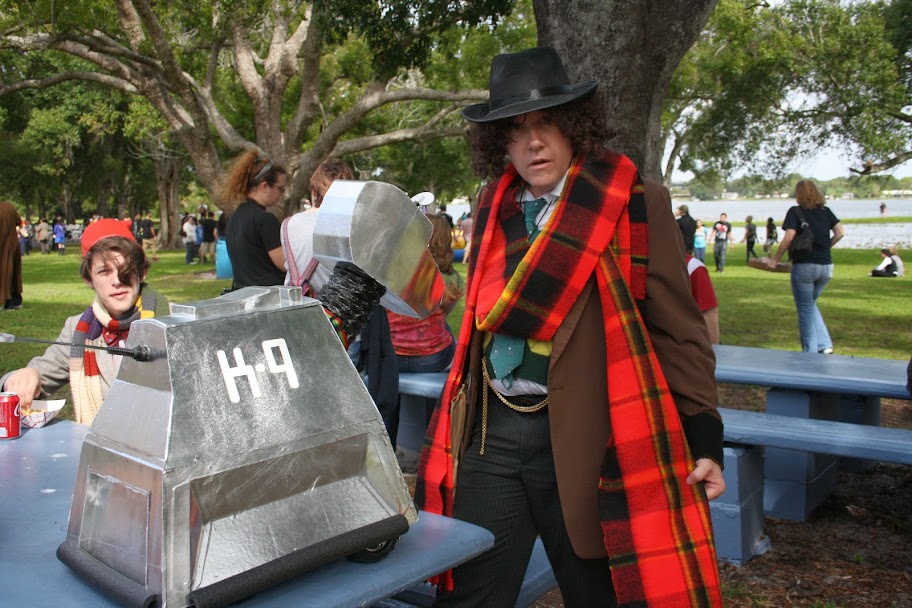 No matter which Doctor they portrayed, they all carried sonic screwdrivers. 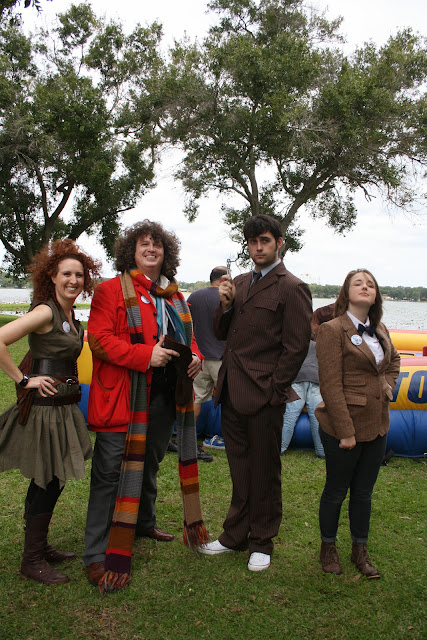 Emmalynn’s kilt caught lots of attention.  Many people recognized her to be little Amelia Pond.  She beamed with pride over the popularity of her costume. 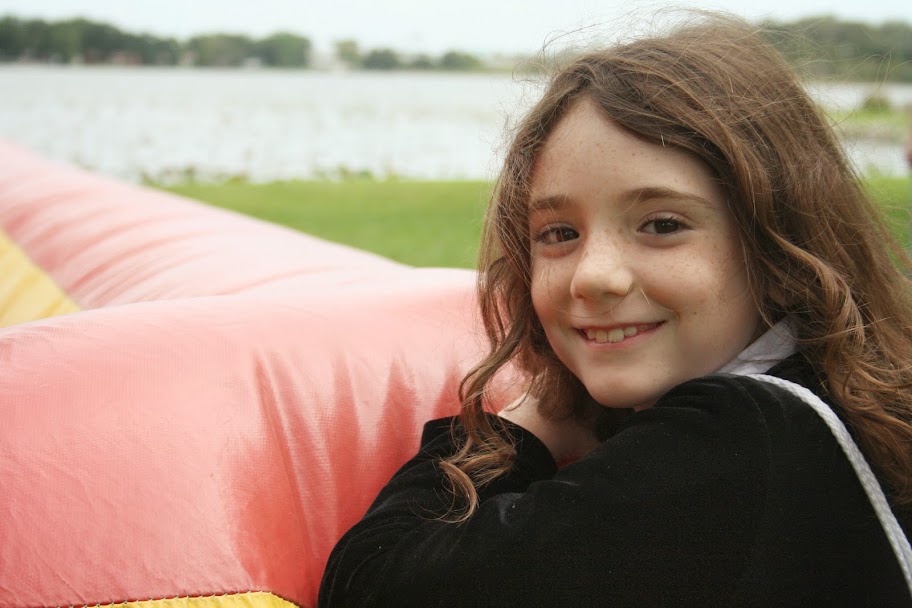 Then, a little Roman Rory spotted our Amelia.  “Hey!  You’re my girlfriend!”  He hollered at her.  She smiled wide and blushed over little Rory’s affection.

Although the girls and I loved looking at all the costumes, Liam liked the games more. 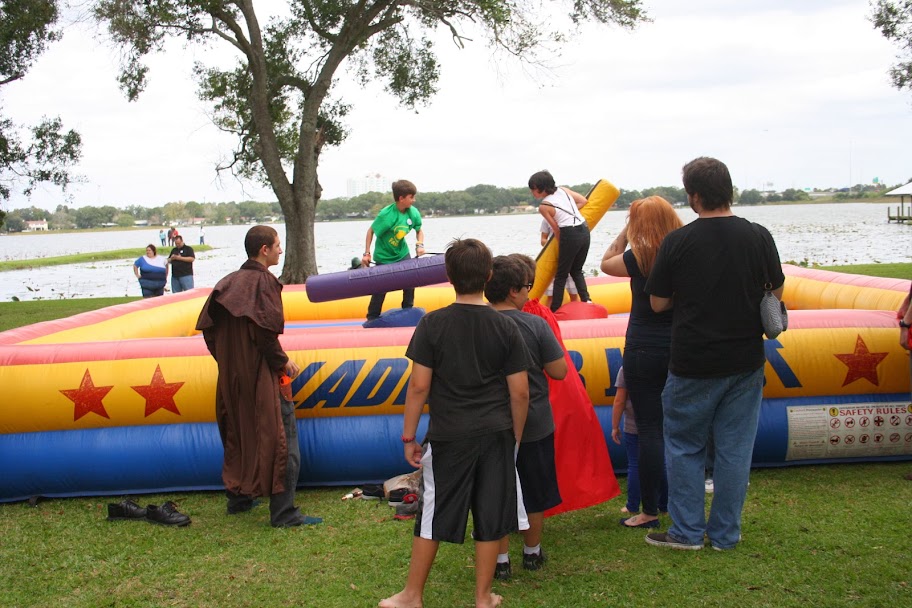 As the main attraction, a life-size TARDIS stood inside waiting for guests.  We couldn’t leave without a photo with Sexy, of course. 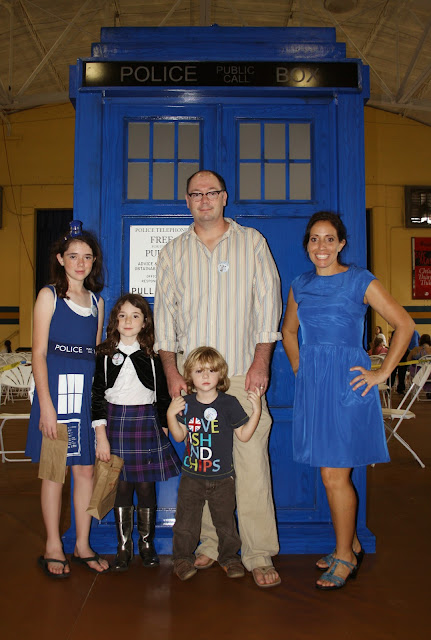