Disclaimer: The Straz Center provided me with three tickets to Jersey Boys in exchange for my honest review. The opinions shared are my own.

Since my parents grew up on similar streets as the main setting of Jersey Boys, I dragged them to the opening night performance. I knew they would relate to the storyline and love the show, but more than similarities, my parents were part of the storyline.

The story is told from the perspective of each of the Four Lovers Four Seasons: Tommy DeVito, Frankie Valli, Bob Gaudio and Nick Massi. Each player spins their own version of the musical journey of four guys that stood under a streetlamp dreaming about making it big.

Tommy DeVito discovers a young and green Francis Castellucio with “a voice of an angel”, who transforms into Frankie Valli because an “i” looks more appealing and more Italian than a “y”. Years of playing bowling alleys and lousy lounges brings little luck for the Four Lovers until a young Joey Pesci (yes, THE Joe Pesci) introduces the guys to Bob Gaudio, best known for his one hit wonder Short Shorts”. 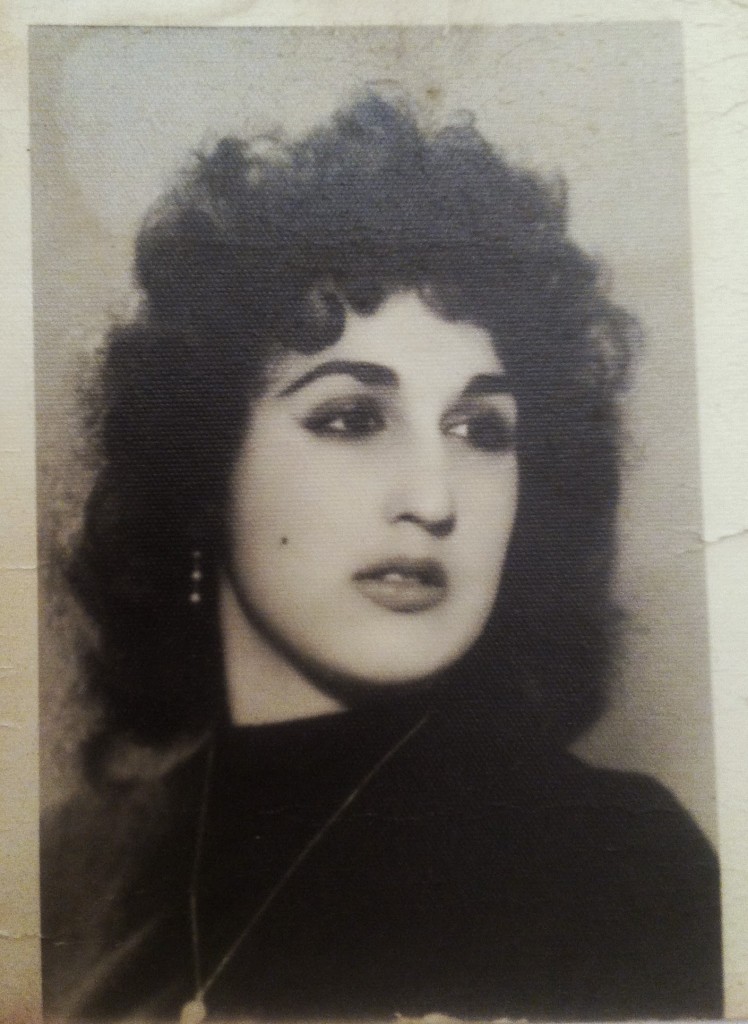 That’s where my family’s bizarre connection (a Jersey Boys six degrees of separation, if you will) comes into play. My mom knew Diana from The Royal Teens. For one fleeting moment, the musical became more about Woodside Women than Jersey Boys.

Obviously, this musical wasn’t about one hit wonders, although Bob Gaudio worried that he would wear that label for the rest of his life rather than actually land a record label. Once Sherry enters the scene, Gaudio realizes his talent for writing hits and the rest is musical history.  His songwriting magic combined with Frankie Valli’s distinct sound puts the Four Seasons on the pop charts repeatedly.

As with any story about a star’s rise to fame, there are always egos, struggles, conflicts and lots of girls. But through it all, there was always the music. As the story unfolds, the audience finds themselves enthralled with the characters and singing along with the cast. 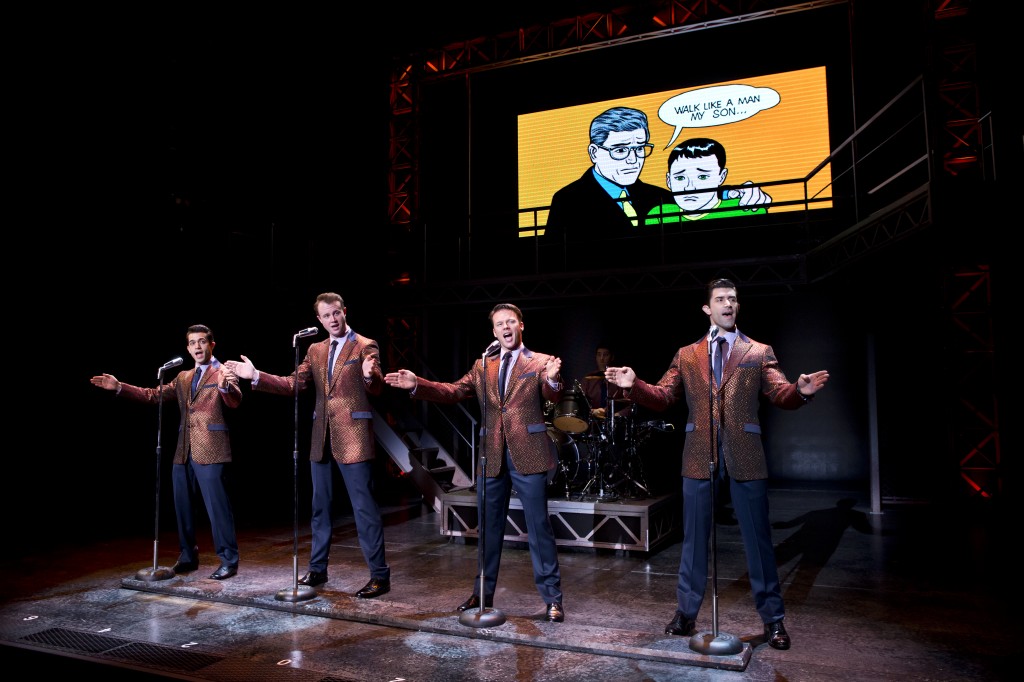 For this production, the cast plays multiple roles as well as multiple instruments. With the absence of an orchestra, the cast sings and dances while strumming a few bars on the guitar. Even a full horn section finds its way on stage for Can’t Take My Eyes Off of You (a song that almost never saw the light of day). 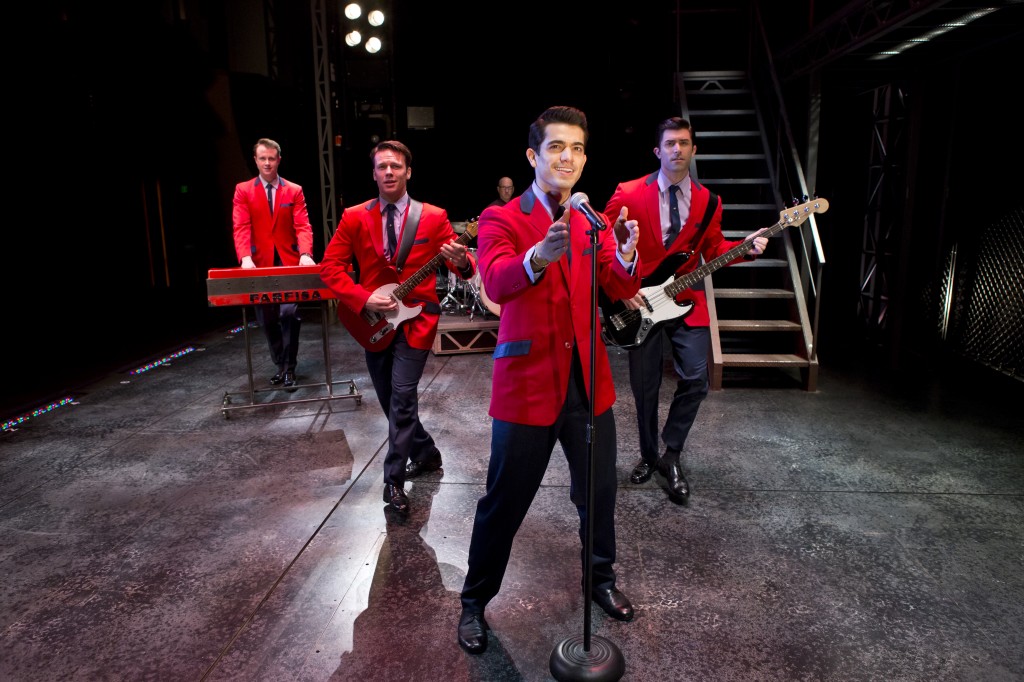 To my surprise, I thoroughly enjoyed the musical biography of Jersey Boys, but you can’t wrong with a musical rich with Jersey mob-like finesse and f-bombs.  Much like the accents and explicit language, the songs seamlessly weaved into the story line without appearing too forced into place and like the Gaudio-Valli partnership, it just worked. 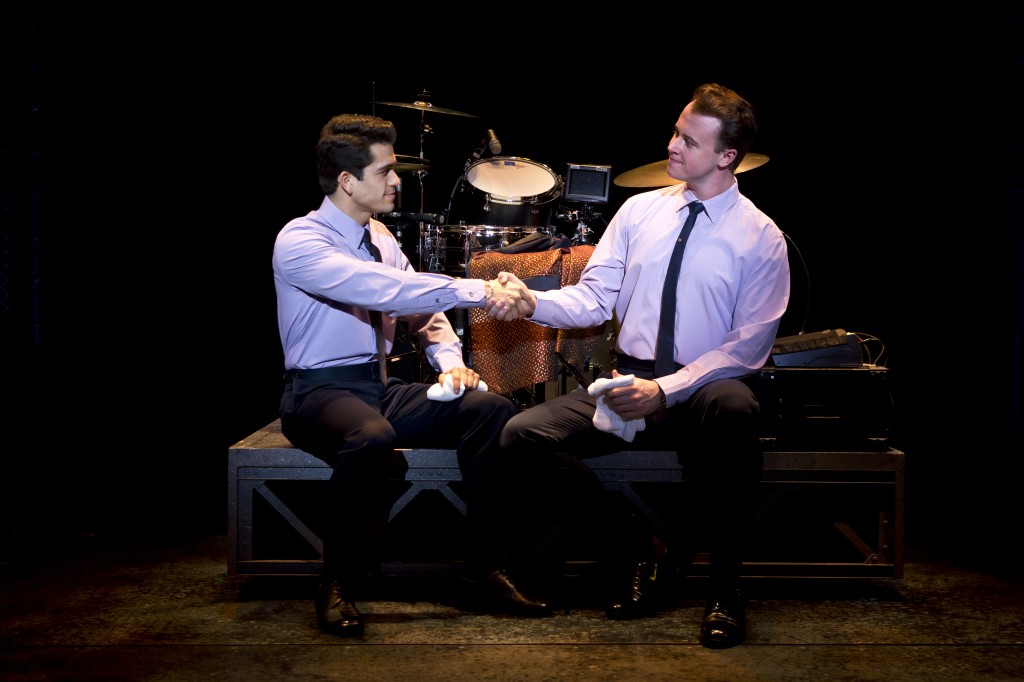 Experience the just too good to be true Jersey Boys and Tampa’s own Hayden Milanes as Frankie Valli now at the Straz Center April 8 – 13, 2014. Tickets available online at www.strazcenter.org.