Last Monday, my heart and thoughts were in Boston. I wanted so desperately to be there to cheer for my friends as they demonstrated “Boston Strong” to world, but I couldn’t make it happen.

Instead, I ran 2.62 miles on the treadmill and I cheered from Florida to show my support.  Later that morning as the 118th Boston Marathon played on my TV, I also stayed glued to Facebook to read updates on my friends as they made history. 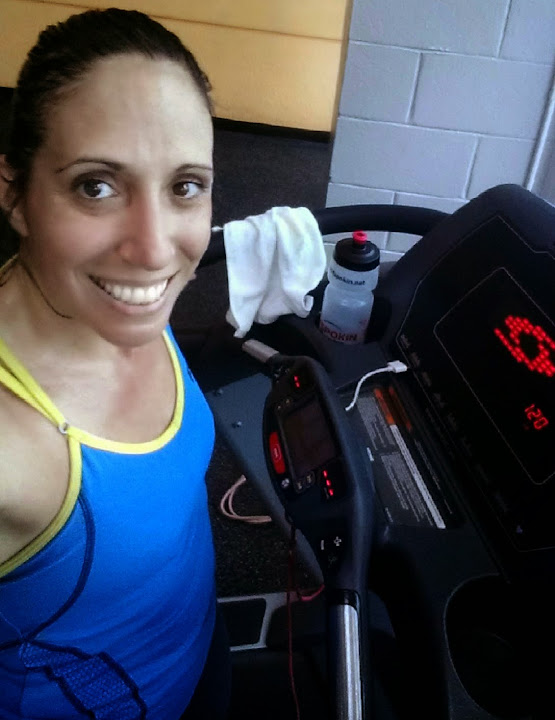 From runners to spectators to the friends and family that stood by runners, NBC News reported over one million people visited Boston for last Monday’s marathon and I knew a handful of them. 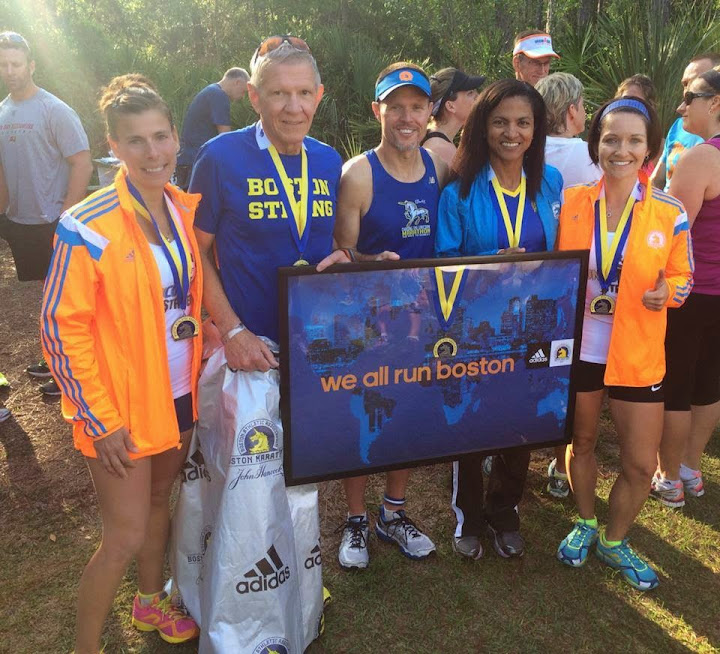 Over the past year, I witnessed the astounding athletes in my running circle train their way back to Boston with a few others training to qualify just to prove they could be Boston Strong. 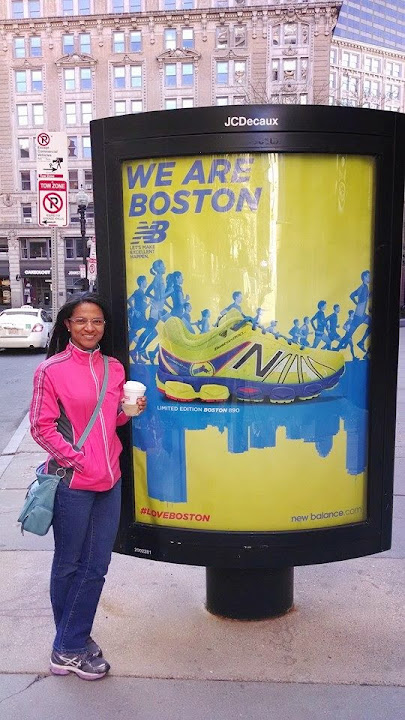 Not only did these runners exemplify the spirit of a runner, they reflected it great with pride and strength and these remarkable runners did it with the support of friends and family around them and the world cheering for them every step of the way.

Andrea returned to Boston with her two running partners, Melanie and Beka. Even with the infamous Boston bottlenecking, crowds and difficult course, these marathon maniacs redefined Boston Strong by finishing close to their qualifying times. 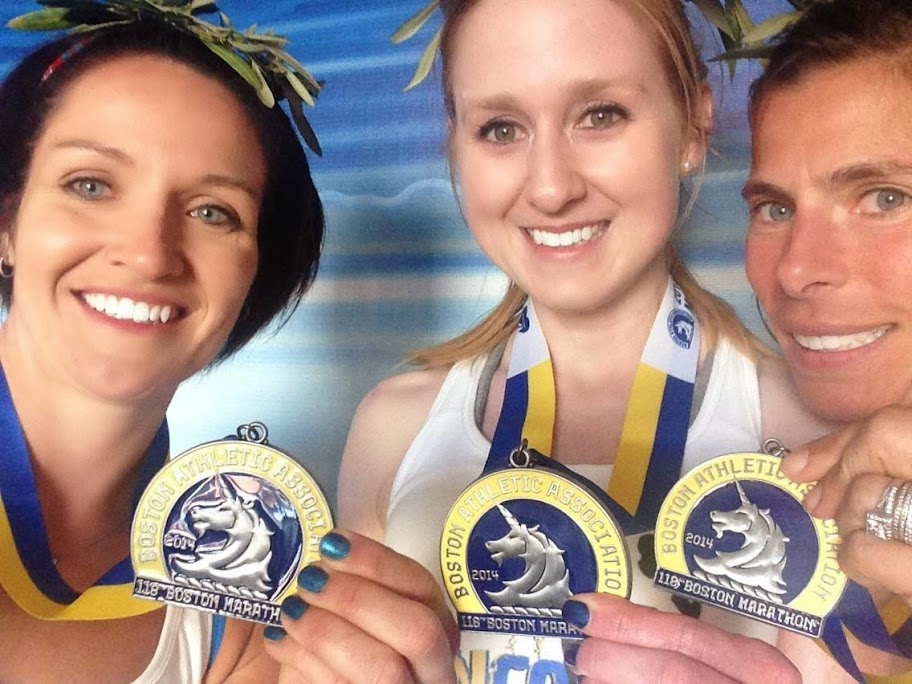 With minor runner-related injuries, Marcia and David returned to Boylston Street to claim a finish stolen from them last year.  Though their injuries forced them to finish longer than their normal speedy BQ times, they proved to themselves and the world that nothing will stop the will of runner. 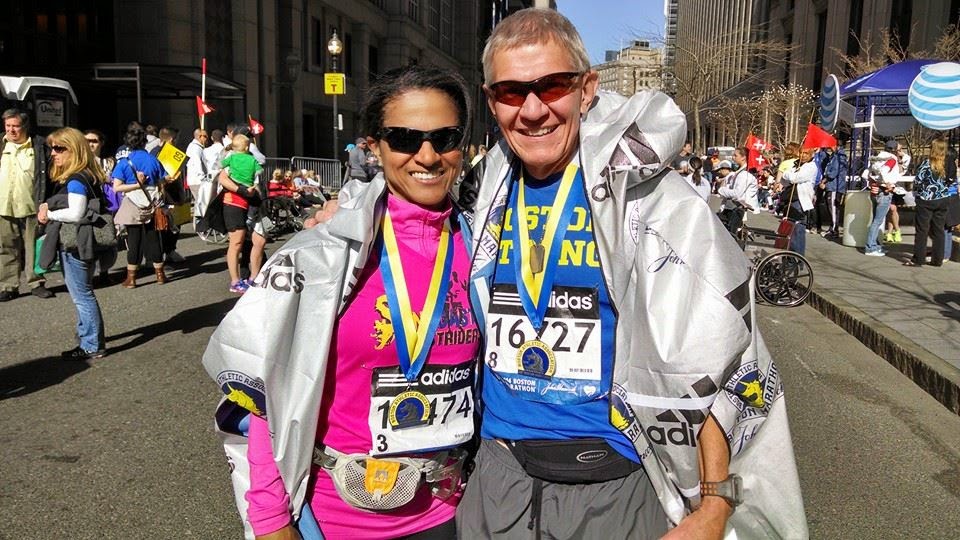 But the true testament to American pride and the will of a runner came from Meb Keflezighi, the first American male to win the Boston Marathon since 1983 in a finish time of 2:18:57. 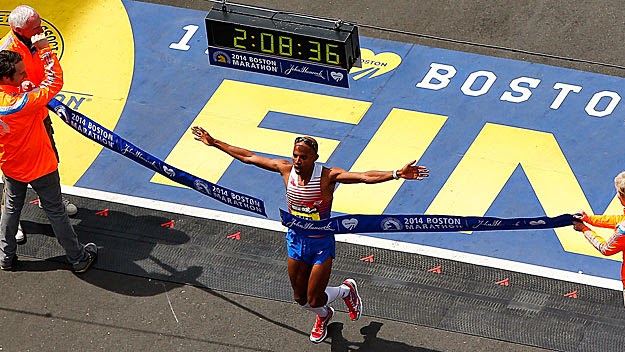 As Meb’s images splashed across social networks and television, and he instantly became a hero and a legend. His victory embodied the soul of this year’s marathon. 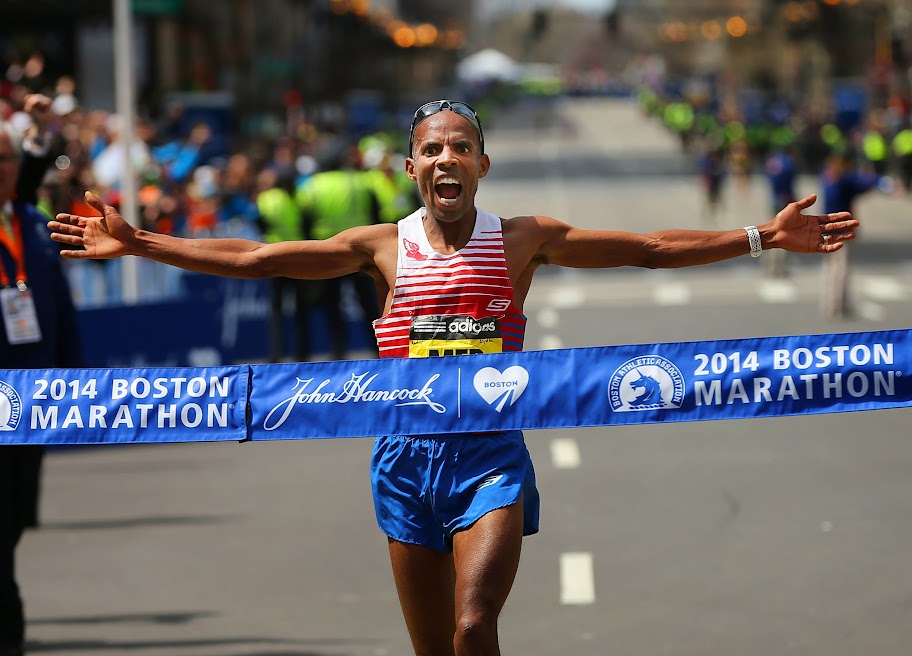 Last Monday the world cheered for Meb and all these amazing athletes which once again inspired a new breed of runners to take on Boston.

Someday, I’ll be there. I have my own struggles and hurdles to face before I can Boston Qualify. But I hope to one day toe that yellow line and be Boston Strong to earn and my own blue and yellow unicorn. 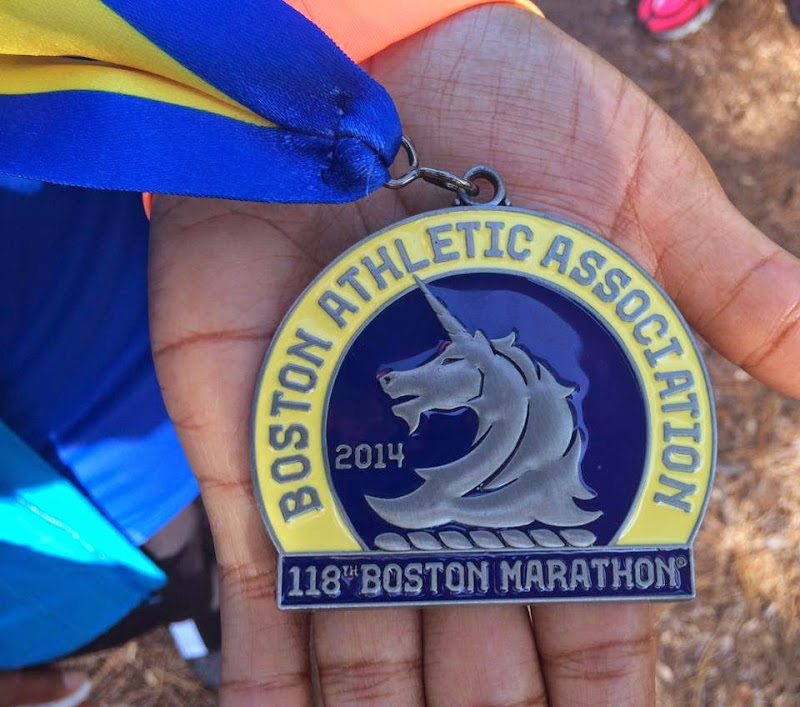 Until then, I will continue to train as hard as I can, cheer for others and celebrate in my own blue and yellow Boston Strong way with a bit of gold Presecco while I chase down that dream. 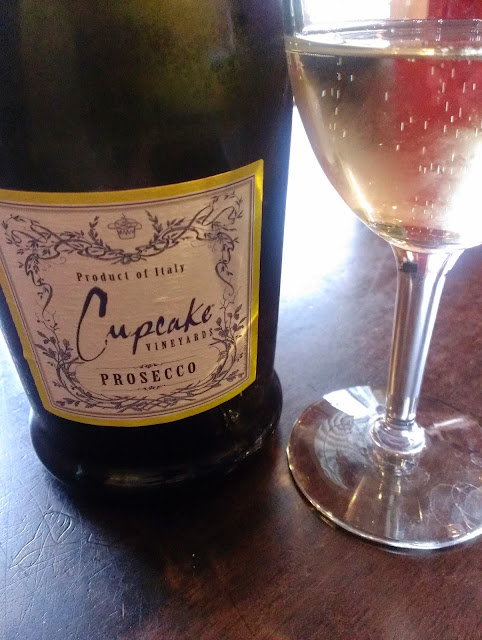