Disclaimer: My family and I received tickets for Disney on Ice: Let’s Celebrate in exchange for my honest review. The opinions shared are my own.

As my almost nine year old daughter delicately teeters on the edge of life between princesses and pre-teen, my almost four year old boy is entering the Toy Story age.  My almost thirteen year old thinks she is too cool for Disney, but once she witnessed the joy on her siblings’ faces, she learned to love the magic of Disney on a whole new level. 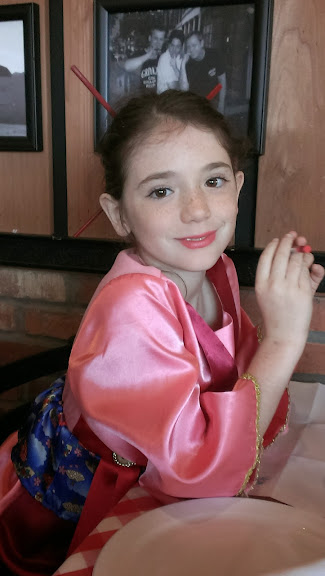 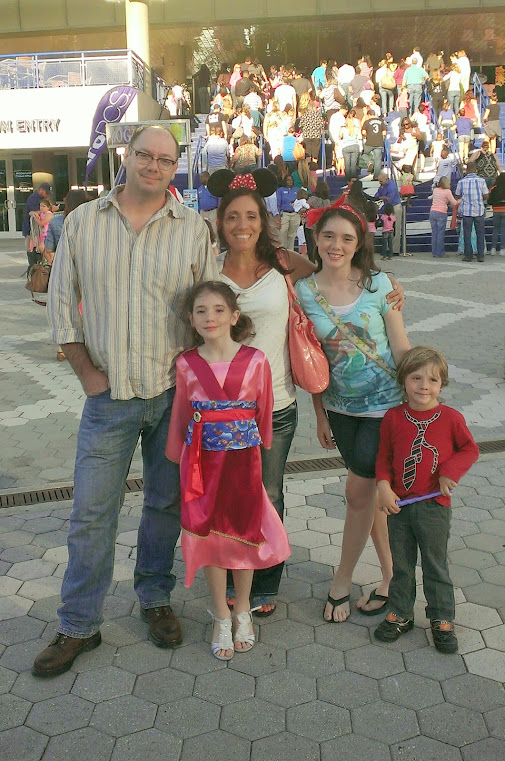 Once again, Feld Entertainment delivered the magic of Disney to Tampa with its most recent production company tour,  Disney on Ice Presents Let’s Celebrate! As each enchanting character skated across the stage, it was as though we were watching our favorite Disney movies come to life.

From the villains you love to hate to the Disney Princesses to your favorite classic Disney and Pixar characters, they all shared the ice.  As the show unfolds, we learn that Mickey and Minnie and the clubhouse gang want to plan a celebration like no other and the first scene opens with Alice and the Mad Hatter suggesting A Very Merry Unbirthday Tea Party. 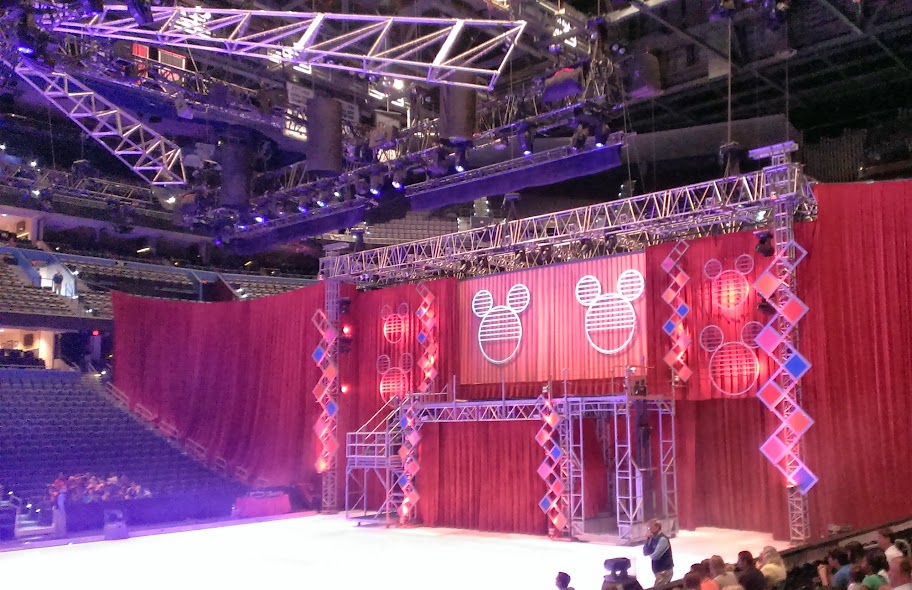 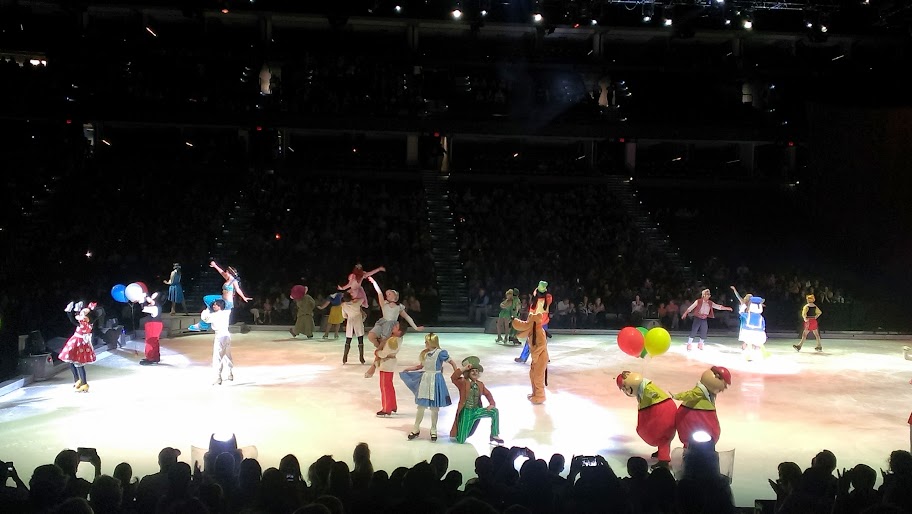 An impromptu tea party leads to Mickey Mouse cleaning up the mess as the beloved Sorcerer Mickey and his dancing mops. However, not much cleaning is needed when the dirtiest, scariest and spookiest character plan a Halloween party led my Jack the Pumpkin King and the villains. 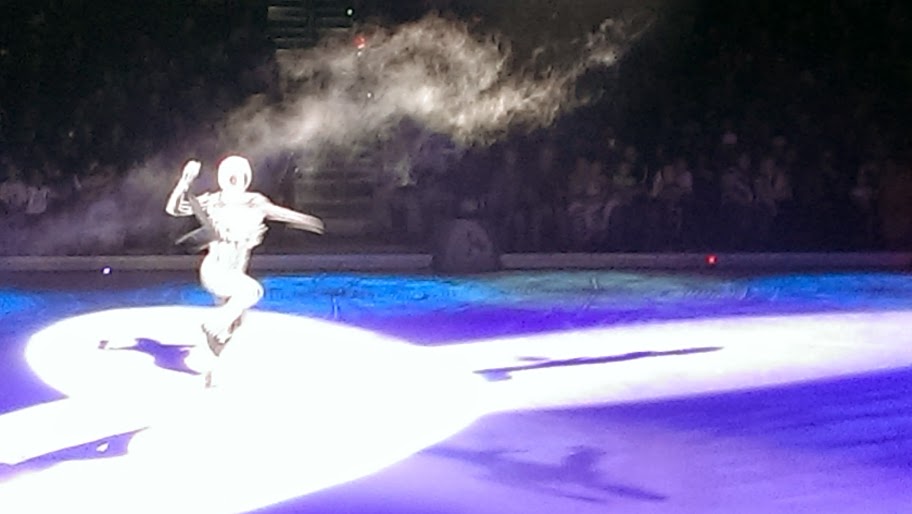 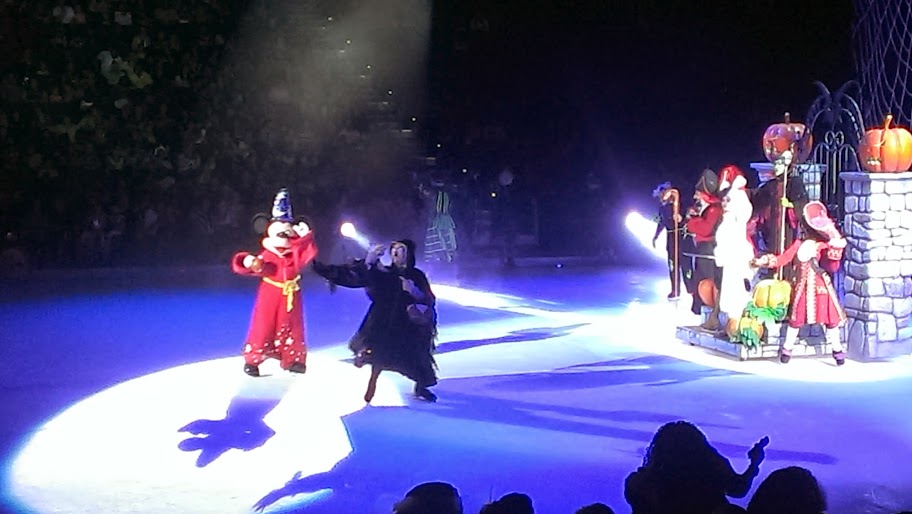 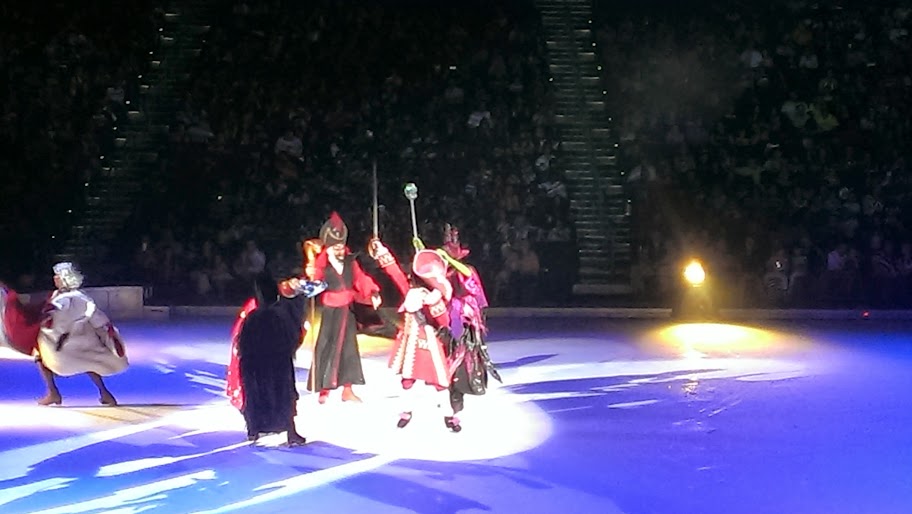 A few of Mickey’s friends dressed as ghosts chase them off and the place is polished over for the princesses.  As Minnie searches for her true love prince with the help of Fairy Godmother, all the princesses (Ariel, Jasmine, Mulan, Cinderella, Tiana, and Belle) skate to their own soundtrack with their princes in numerous  routines until intermission. For a princess finale, they all skate to “That’s How You Know” from Enchanted. 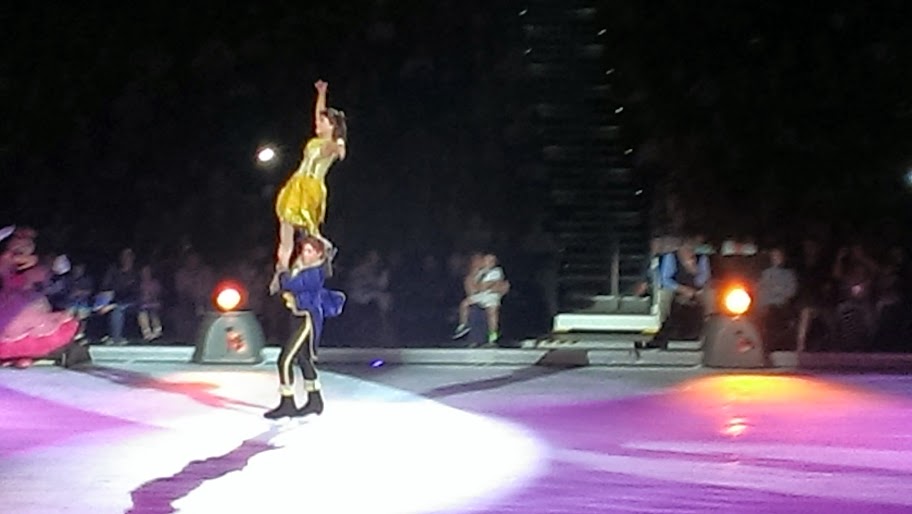 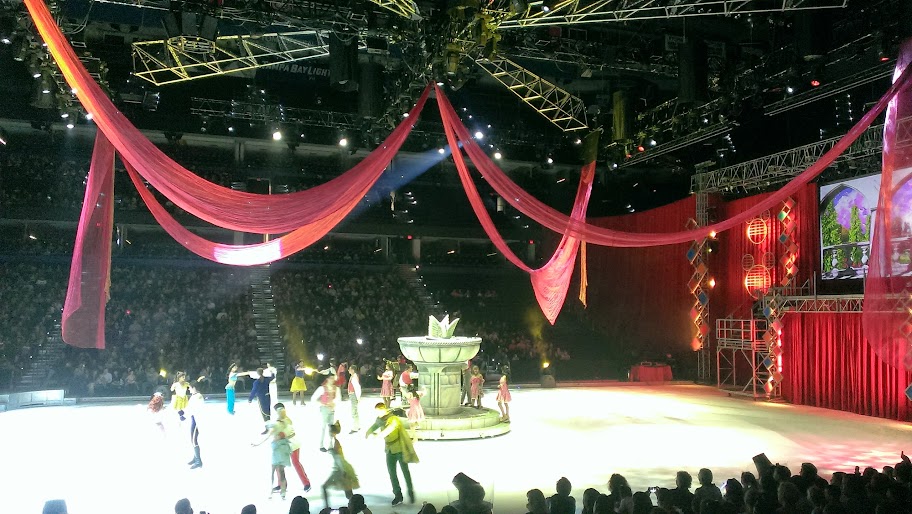 After intermission, the celebration leads us Hawaii for a luau with Lilo and Stitch complete with a ring fire and my favorite song, “Hawaiian Rollercoaster Ride”. 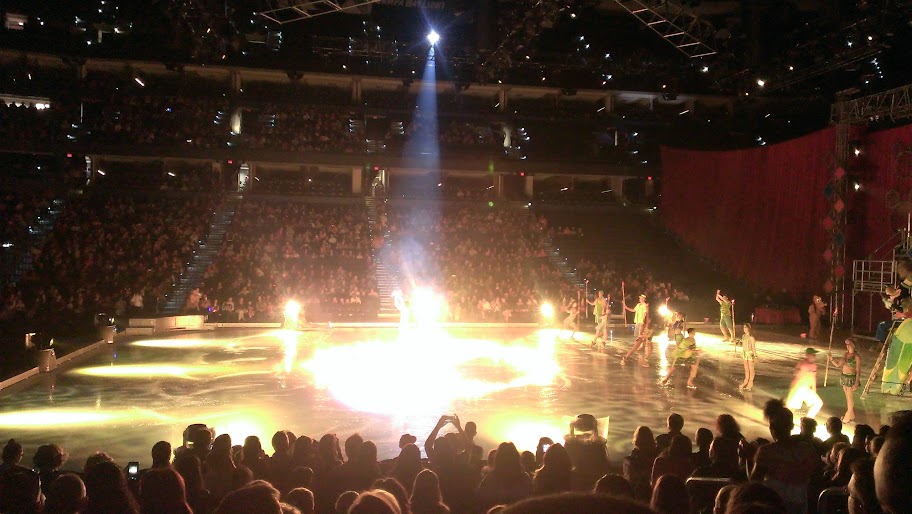 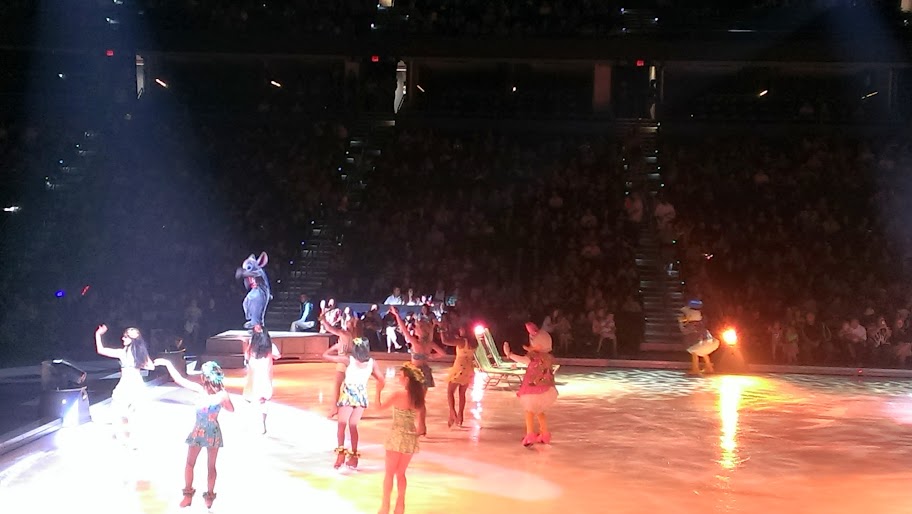 We travel the world a bit and revisit a few of the princesses again. 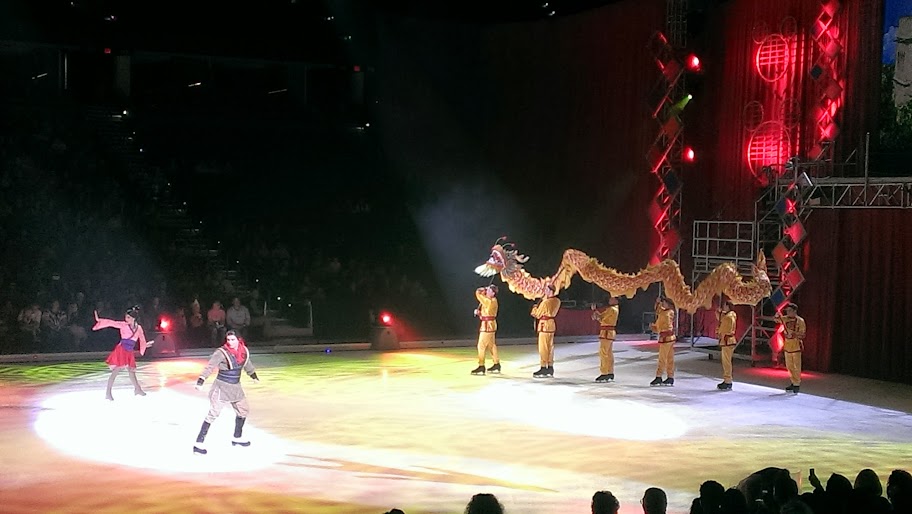 Shortly, the toys were back in town for a wrap up party in time for Christmas Winter Wonderland. 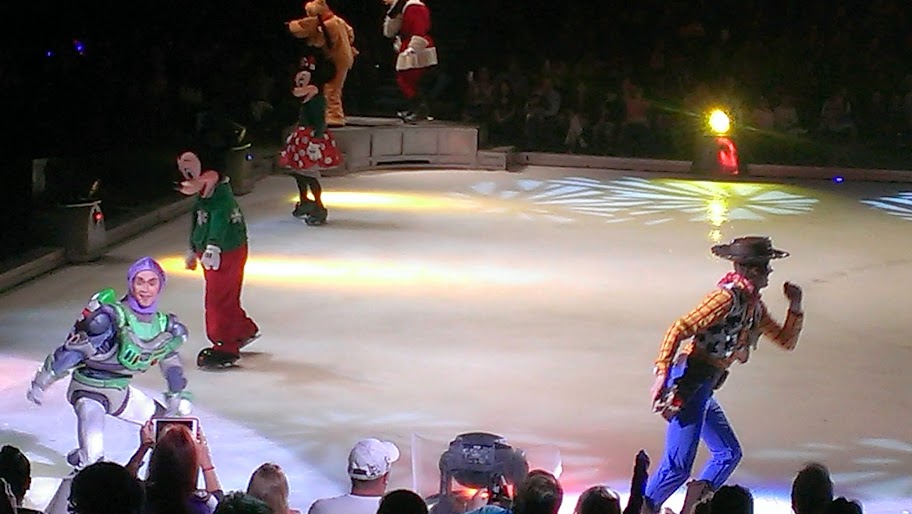 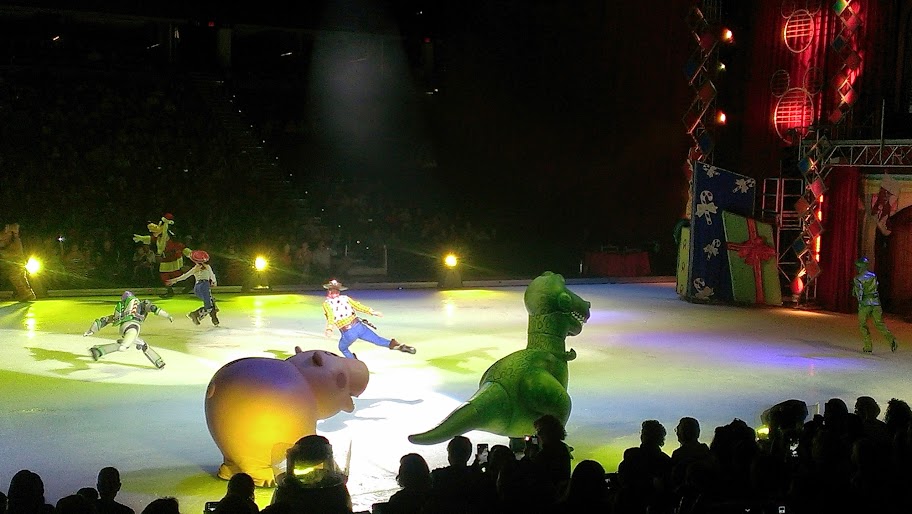 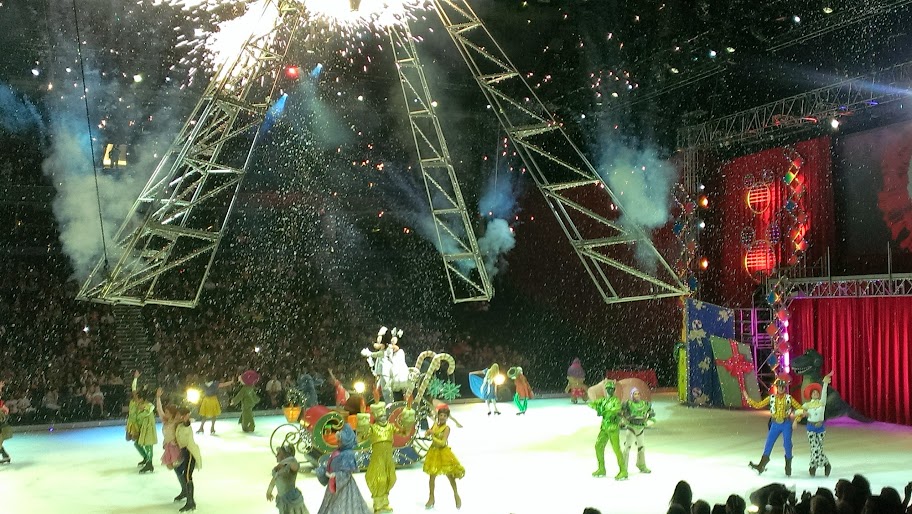 Throughout the entire production, my kids were mesmerized by the lights, the fireworks and the performers that skated flawlessly. I loved that there a little something for all different Disney fans. The production wasn’t entirely princesses and it wasn’t all classic Disney. It was a good mix of the Disney magic and a show of three of my kids enjoyed. 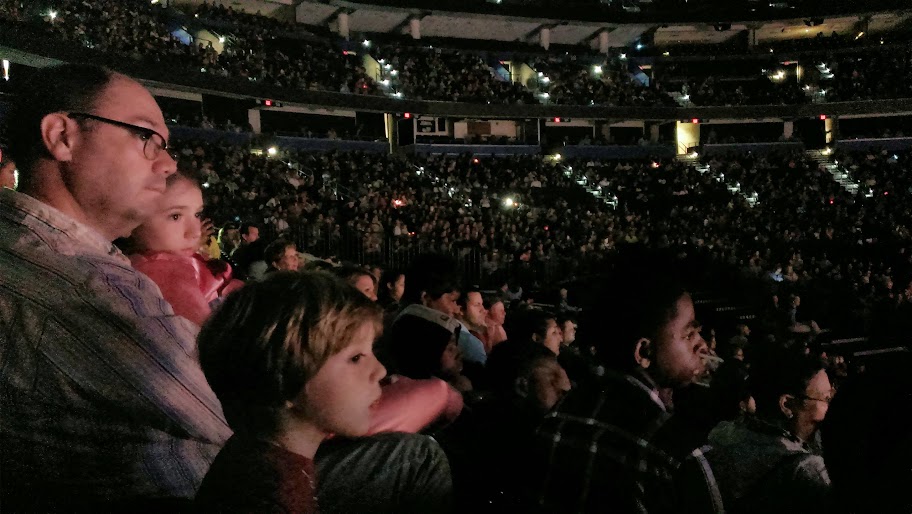 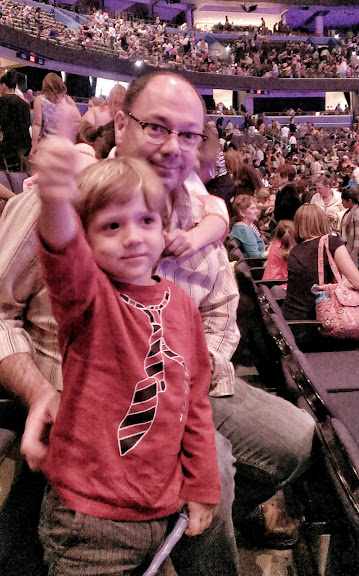 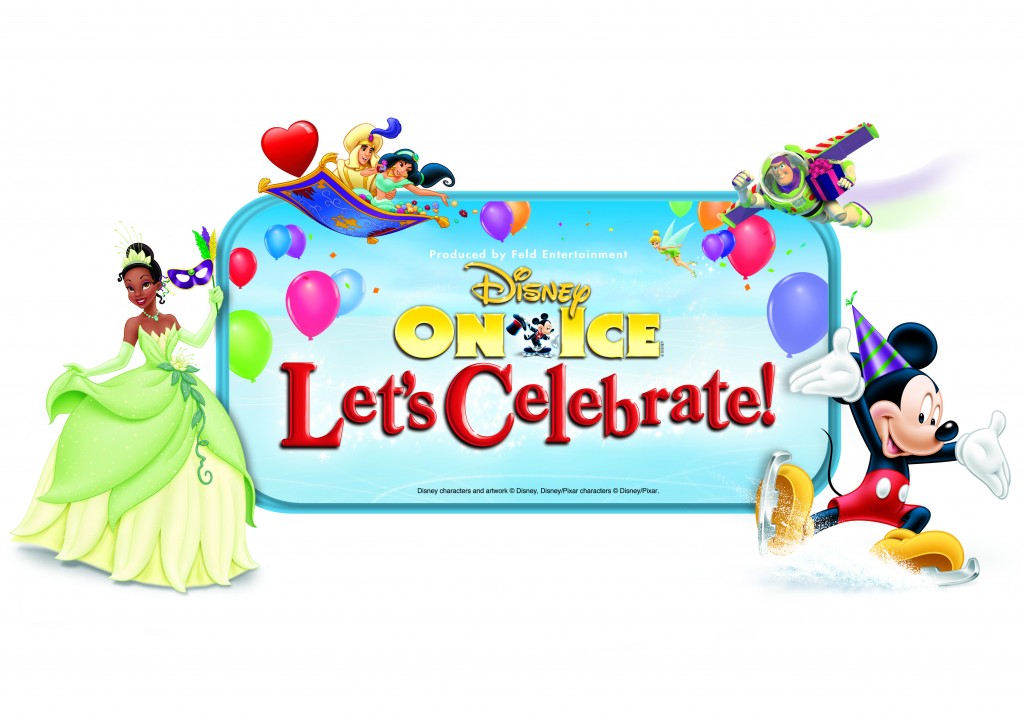