Disclaimer: I received tickets to CHICAGO as an opportunity through the Tampa Bay Bloggers and the Straz Center for the purpose of this delicious review. The ol’ razzle dazzle opinions shared are my own.

“I’m going to need my own exit music from now on,” I leaned over and whispered to my sister during Act II of CHICAGO for opening night at the Straz. 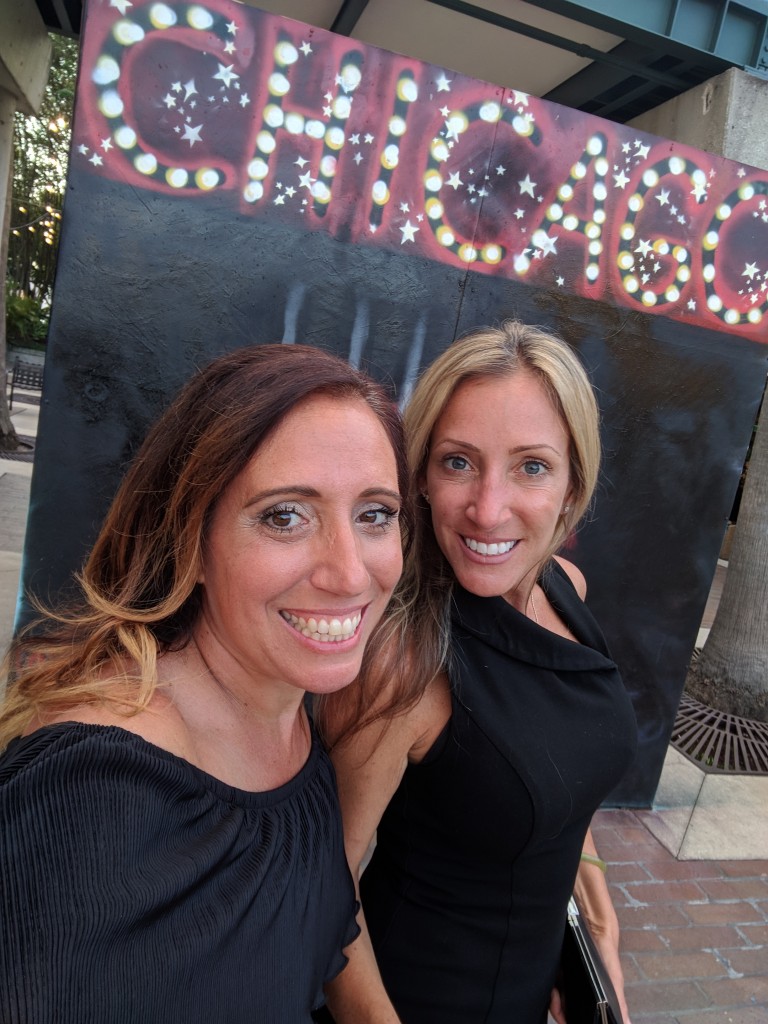 The latest production of CHICAGO shares a common theme in many of the other revivals, such as Cabaret. As these late 60s – early 70s productions move into the millennium, they begin incorporating many modern production styles such as the orchestra moving from the pit onto stage and the entire ensemble remaining on stage during each number instead of waiting in the wings back stage like classic Rodgers and Hammerstein productions.

CHICAGO for a new millennium also lets the music and choreography tell the story without relying on oversized elaborate sets and outlandish colorful costumes. With the orchestra arranged in stadium seating, the set resembles a big band in a smoky jazz night club, the perfect backdrop for the seedy murderous stories of the ladies of Chicago in the roaring 20s.

But can we talk about the choreography? Seriously, I want the CHICAGO belly busting and leg workout DVD because the performers had bodies to die for. Maybe I’m channeling my inner Roxie, but I would kill for those dancers’ legs. 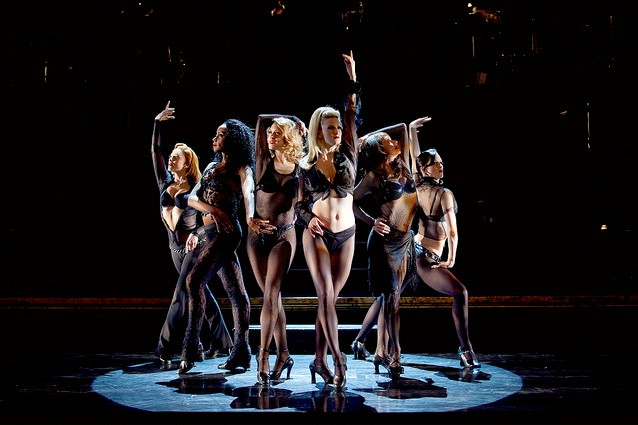 Upon reading the Playbill, I soon discovered that Ann Reinking choreographed the National Tour Production in the style of Bob Fosse. According to Ms. Reinking, “We felt [the revival] should be done with Bob Fosse’s style and musical concepts of Fosse, Kander and Ebb.” So, if CHICAGO the revival feels slinkier and sexier than you ever remember, it’s a nod to Fosse.

As for CHICAGO, it was hard not to compare the stage production to CHICAGO the 2002 movie starring Catherine Zeta-Jones, Renée Zellweger and Richard Gere. While the film may be my only point of reference, I truly enjoyed the stage production more. I loved the raw talent, Fosse-style choreography and understated set. For me, the vocals and dancing were a winning verdict. 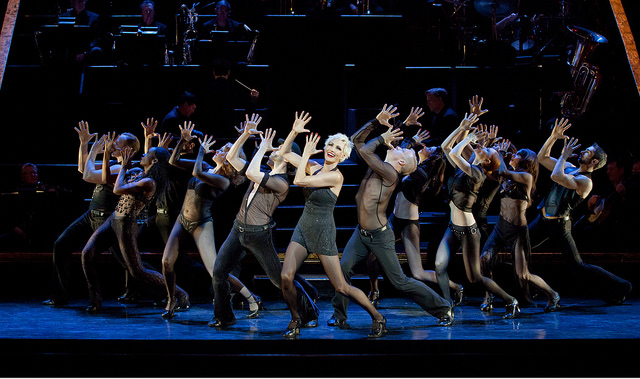 The show opens with “All That Jazz” featuring Amra-Faye Wright (Velma Kelly) and company which perfectly sets the tone for all the frisky fun about to unfold before your eyes. “Cell Block Tango” (Wright and Company) played out more beautifully than I envisioned and “When You’re Good To Mama” (Jennifer Fouche) slayed.

The chemistry between Dylis Croman (Roxie Hart) Amra-Faye Wright (Velma Kelly) and Peter Lockyer (Billy Flynn) feels right for a story line that is so wrong. While the theater is always a great escape from reality, we are reminded in CHICAGO that art still indeed imitates life. 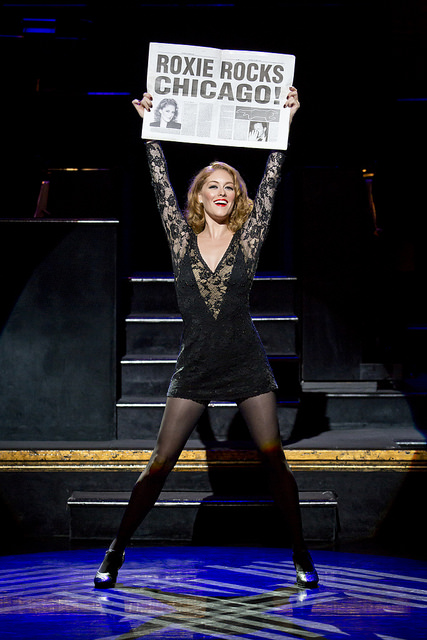 In fact, nearly a hundred years later our judicial system looks pretty much the same in this “if it bleeds, it leads” reality world shit show we live in. It’s all about retweets and ratings with TV executives crying out, “Give them the ol’ razzle dazzle, boys!”

While crimes of passion and musicals may seem like strange bedfellows, CHICAGO demonstrates the mixture with some Fosse flare will produce a six-time Tony Award winner.