Disclaimer: My family and I received tickets to The Lightning Thief: The Percy Jackson Musical as an opportunity through the Tampa Bay Bloggers and the Straz Center for the purpose of this review. The opinions shared are my own.

Percy Jackson is kind of a hero in our house. For my little dyslexic almost nine year old son, he can relate to Percy’s struggles in school. Percy’s difficulty to read words that dance around a page is something my son knows all too well. 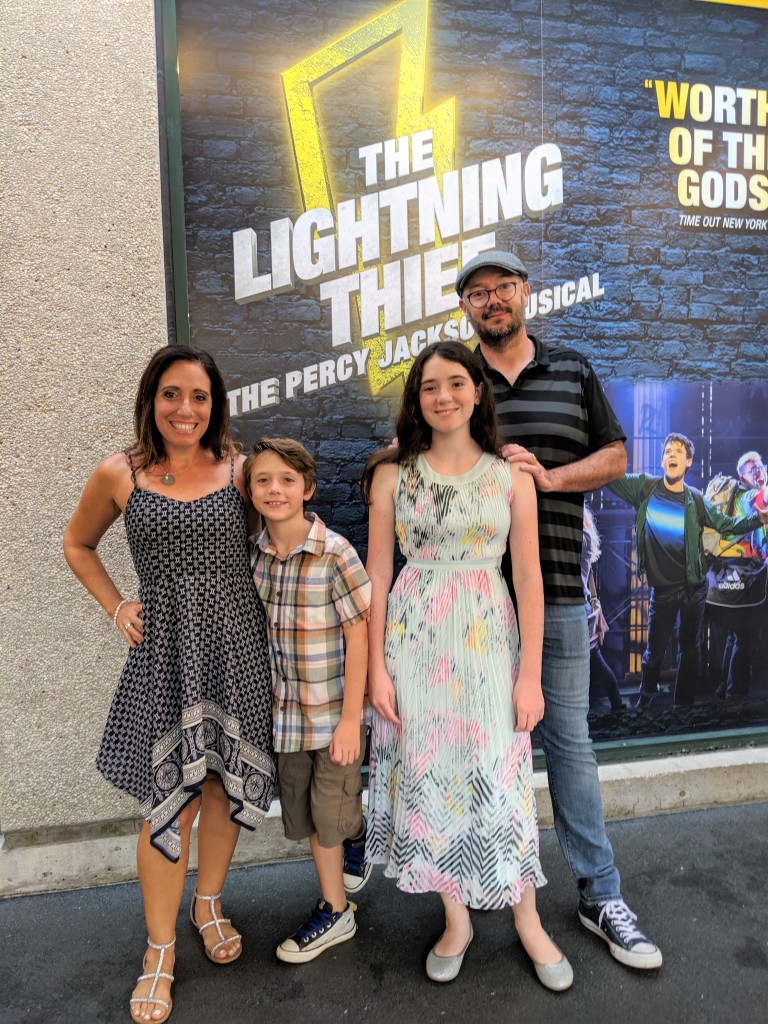 My family and I attended the opening performance of The Lightning Thief.

When I learned The Lightning Thief: The Percy Jackson Musical would make its way to the Straz this summer, I made the audible version of The Lightning Thief by Rick Riordan our summer road trip read. Watching Liam’s face as he listened to Percy talk about his struggles with reading due to dyslexia was such an endearing moment. “Hey mom, he’s like me!”

“Yes, baby. Dyslexia is your superpower.”

After listening to the novel, my kids and I were excited to see the book come to life on stage and hoped it would be nothing like the movie. 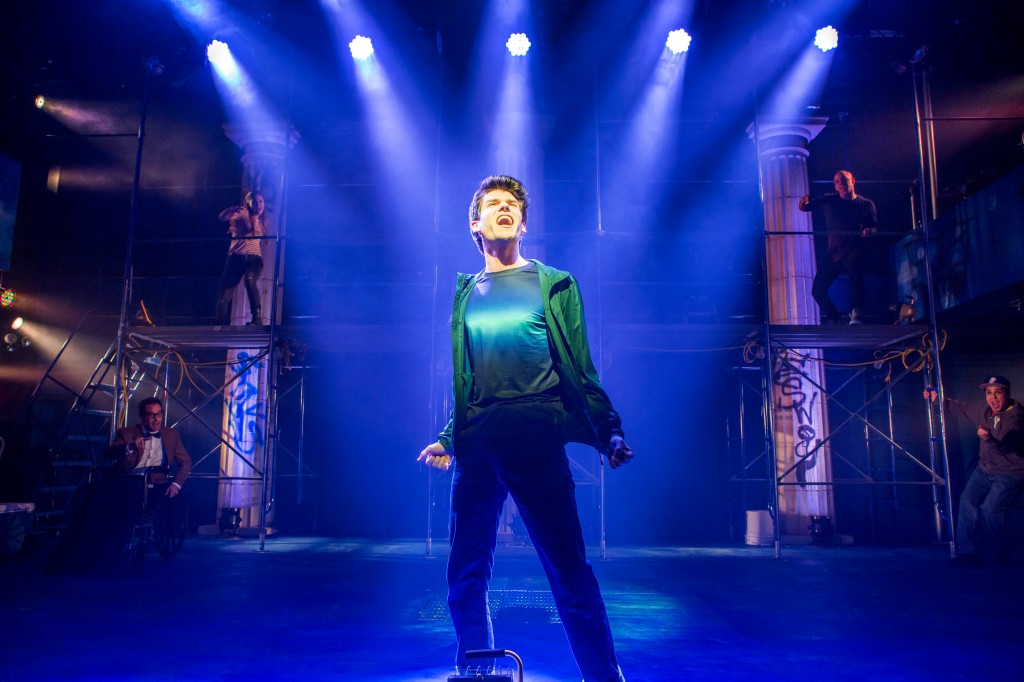 Praise Zeus, the musical production tells the story of a coming of age hero marvelously with the same humor and endearing qualities we love about the novel. In true Off-Broadway style, the limited cast plays multiple characters through clever props and a bare-bones set.

The creative use of props beautifully illustrates as well as heightens the creativity that most dyslexic kids have, another dyslexic superpower; seeing and using everyday objects in other ways than they are intended, such as unraveling rolls of toilet paper representing a surge of waves.

The scaffolding reminds us that Percy begins his self-discovery in New York, however, the scaffolding transforms into multiple backdrops as Percy, Grover and Annabeth trek across country from a bus in New Jersey to a tractor in the heartland.

In true storytelling fashion, the incredibly talented cast seamlessly plays multiple parts to tell the tale of many characters that Percy, Annabeth and Grover encounter along their quest. Chris McCarrell, who originally played Percy Jackson in the 2017 Off-Broadway production, joins the cast for its national tour to produce the same electrifying spark to bring Percy to life. Kristin Stokes also returns to her role as Annabeth and joins Jorrel Javier (Grover) to assemble the perfect vocal team to accompany Percy. 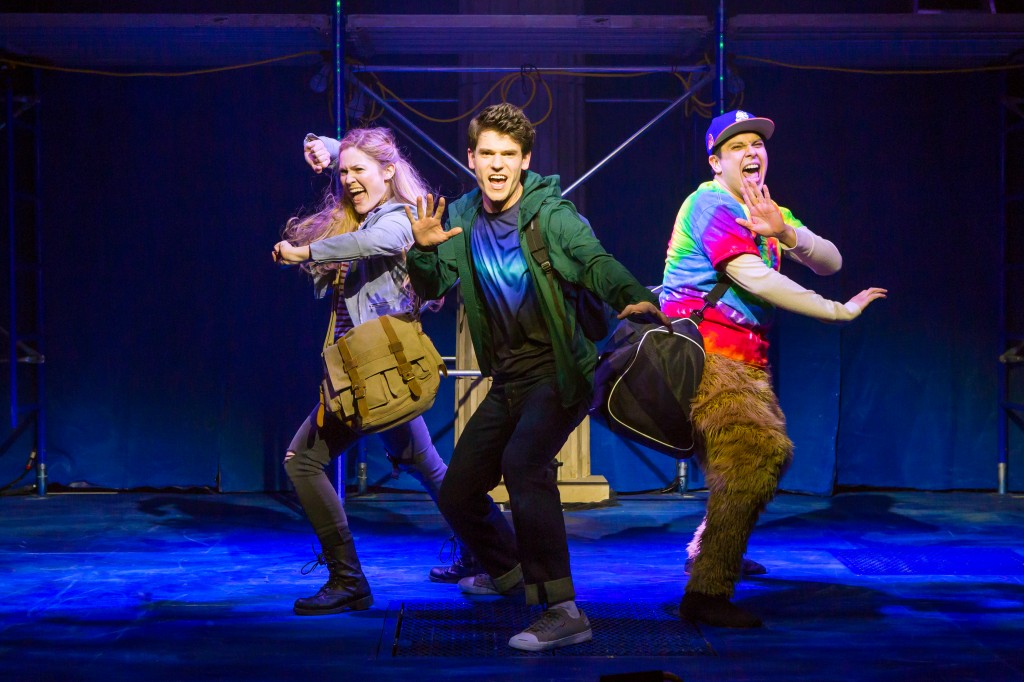 Even the music makes The Lightning Thief: The Percy Jackson Musical an enjoyable adventure. The show opens with Percy singing the Prologue/The Day I got Expelled which beautifully introduces Percy and his struggles as well as a quick lesson in Greek mythology and Percy’s first confrontation with a fury. Although a very modern musical, the eclectic mix of numbers acquaints a younger audience to many different genres of music. I will be adding The Lightning Thief: The Percy Jackson Musical soundtrack to our summer road trips. It’s the perfect companion to the novel.

So many elements in this musical make it electrifying fun for the whole family. The gods must be smiling! Forget the summer blockbusters. Make The Lightning Thief: The Percy Jackson Musical your summer must-see!

Or, try your hand luck with the pre-show lottery beginning two and a half hours prior to each performance where 20 tickets will be available at $20 per performance at the Ticket Sales Office. Visit www.strazcenter.org or call the Straz Box Office for details at 813- 229-STAR (7827).