Disclaimer: I received tickets to Once On This Island as opportunity through the Tampa Bay Bloggers and the Straz Center for the purpose of this review. The opinions shared are my own.

Attending Once On This Island immediately transports you to another world. Walking into the theater is like walking into a portal leading you to the shores of Caribbean island in the French Antilles. The hustle and bustle of busy islanders begins the performance as the audience enters the theater.

Like tourists watching street performers, a small audience sits on bleachers upstage right as the scene unfolds like a pop-up storybook and the storytelling begins before curtain call.

The set beautifully reflects island life with so many dimensions, depths and complexities, which foreshadows the complexity of the folklore about to unfold. Everyday items become props to enhance the storytelling and the costumes preserve the everyday island attire with some flare to depict character roles as the storytellers share the tale of Ti Moune. 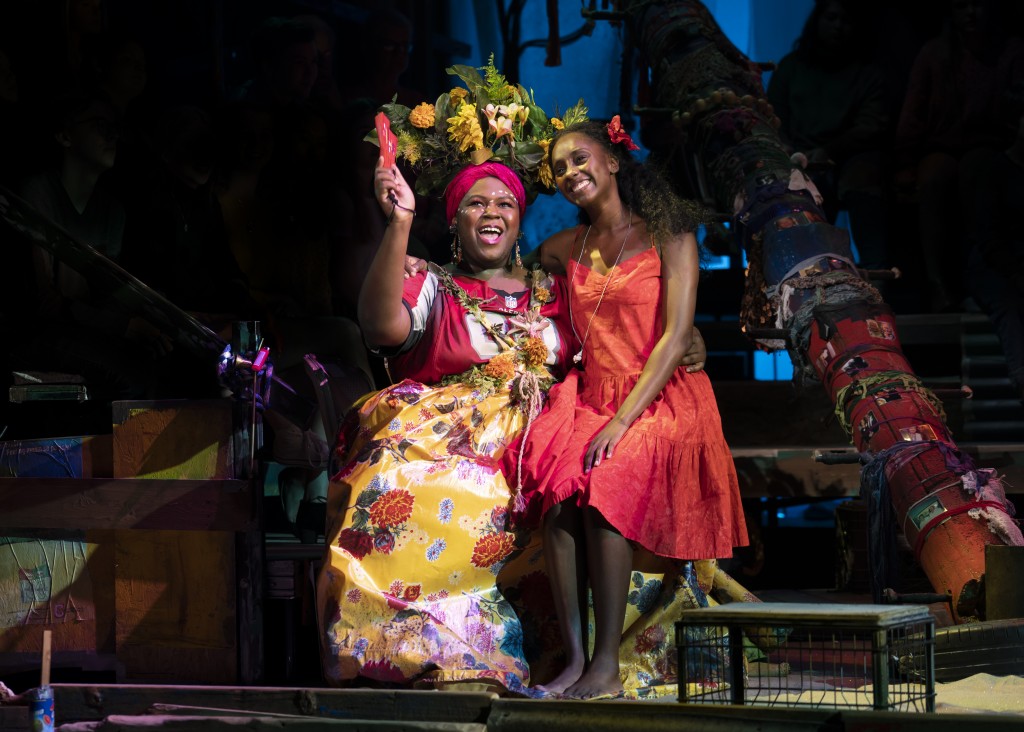 Kyle Ramar Freeman as ‘Asaka’ and Courtnee Carter as ‘Ti-Moune’ in the North American Tour of ONCE ON THIS ISLAND
Photo credit: Joan Marcus.

The tale of Once On This Island is told mostly through song and dance which can be hard to follow if you are not familiar with Caribbean or African folklore, however, the choreography mixed with the vocals of the entire cast will enchant and captivate you. For those lost along the way, the musical transition as Ti Moune travels to the city to find her love, Daniel, beautifully depicts two worlds within one island. 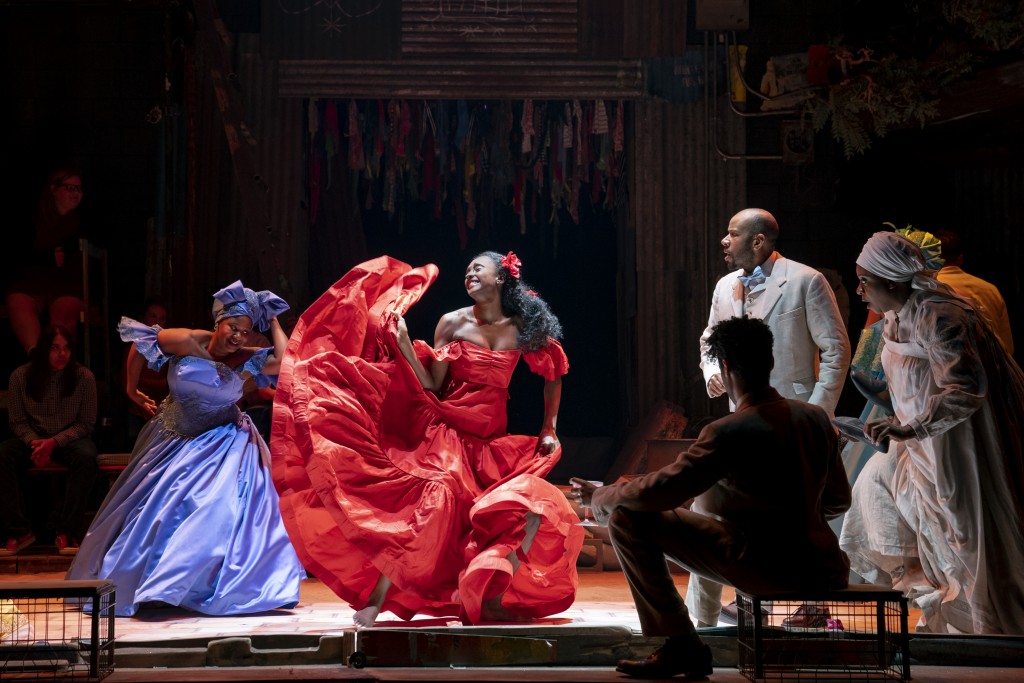 The Company of the North American Tour of ONCE ON THIS ISLAND
Photo credit: Joan Marcus.

Based on the director’s notes in the CenterBill, the creative team definitely did their homework to reflect a poor island village while incorporating all the components of Haitian culture when producing the revival of Once On This Island.

As Michael Arden, the director stated, after a visit to Port Au Prince “it became clear to us that we rebuild not only a hammer, nail and whatever materials are available, but through the healing power of storytelling. After being invited to take part in a Voodoo ceremony and witnessing this incredible religion firsthand, we realized how vital it was that this production honor the island’s beliefs and traditions as accurately and respectfully as possible both in design and execution to create a responsible as well as magical evening of theatre.” 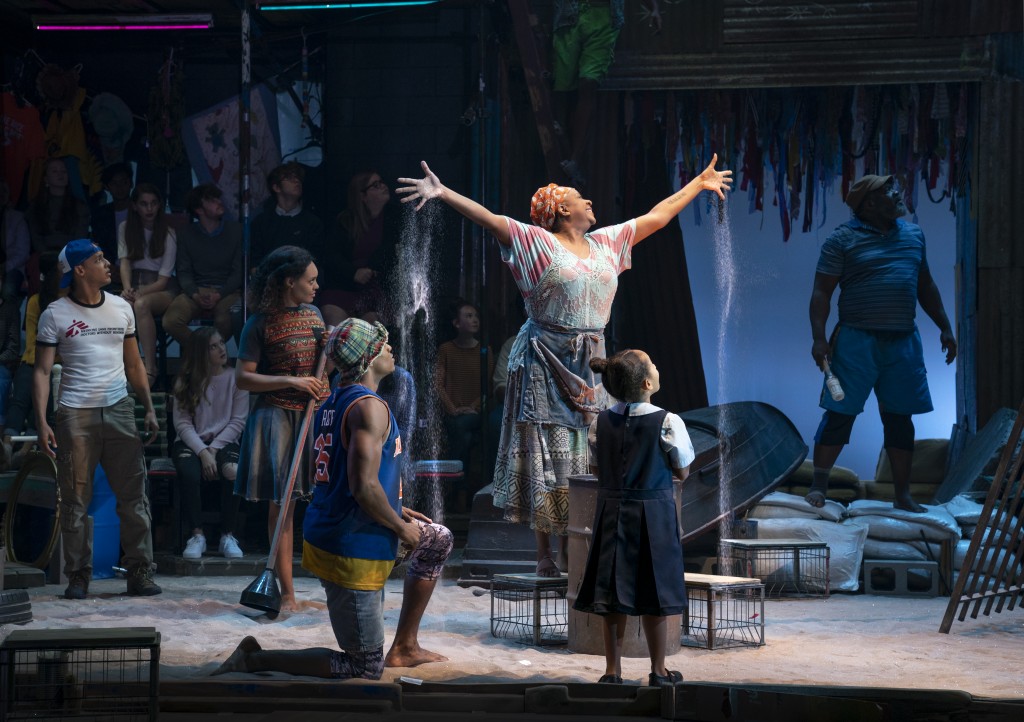 In this revival, the creative team most certainly nailed it. For me, Once On This Island definitely delivered a magical evening of theater on opening night making this performance a must-see!

Experience the magic of Once On This Island now until Sunday, November 24.