Last Saturday, our scurvy crew loaded into The Black Pearl for a voyage to beautiful Bayshore Blvd, Tampa for the Gasparilla Children’s Parade.  For Grandma Elizabeth, Papa Rusch, Uncle Erich and Cousin Meghan, this would be their maiden voyage as they had never experienced a Gasparilla Parade before. 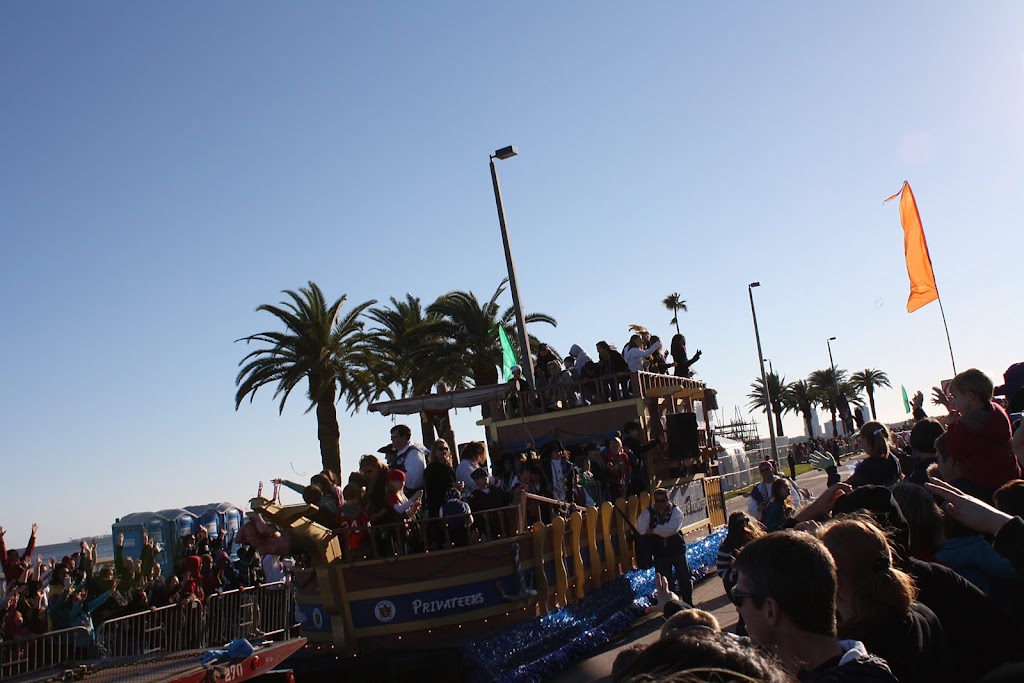 The parade forecast was freezing by Florida standards, therefore, warm winter coats covered all our pirate apparel, but Meghan’s hook and dress were still visible. 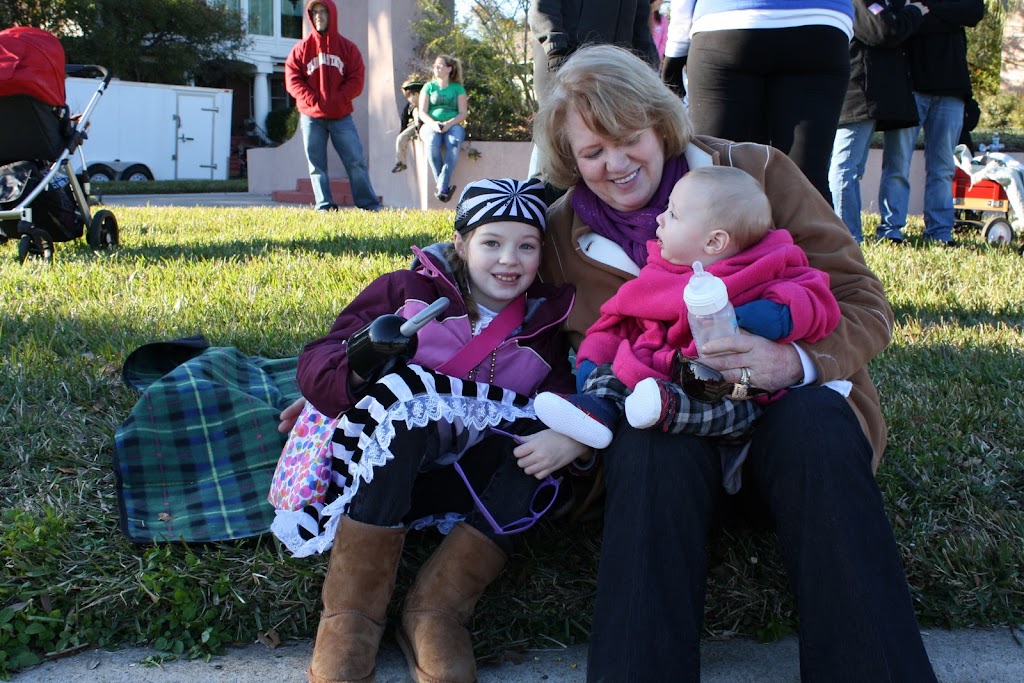 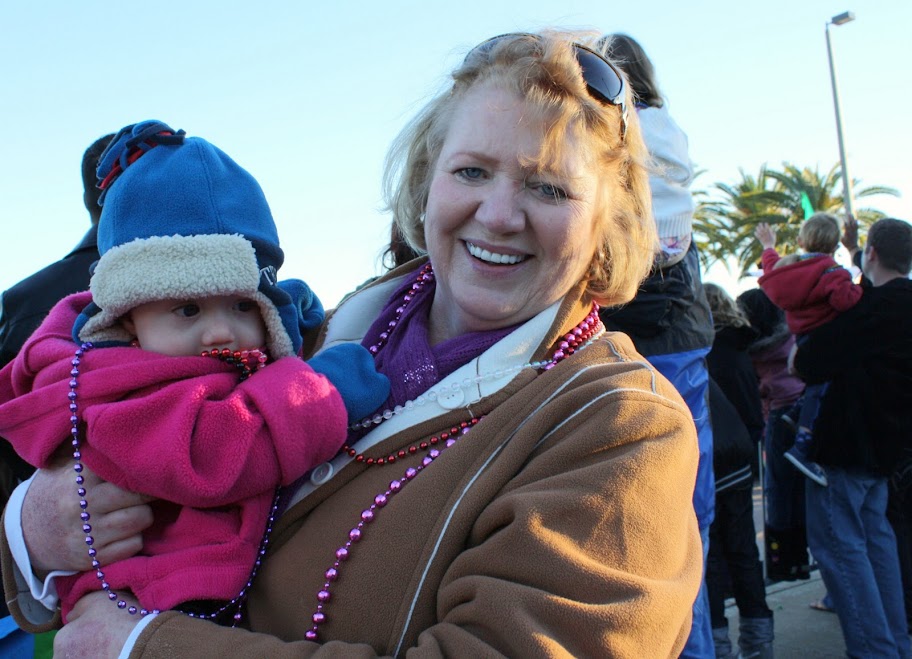 Our new pirate recruits quickly caught on that the Gasparilla Parade is all about the beads. 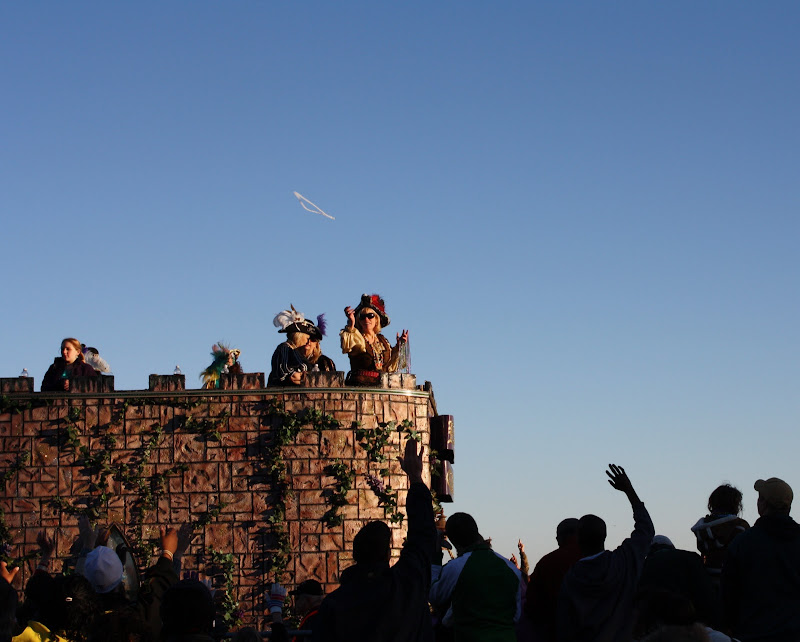 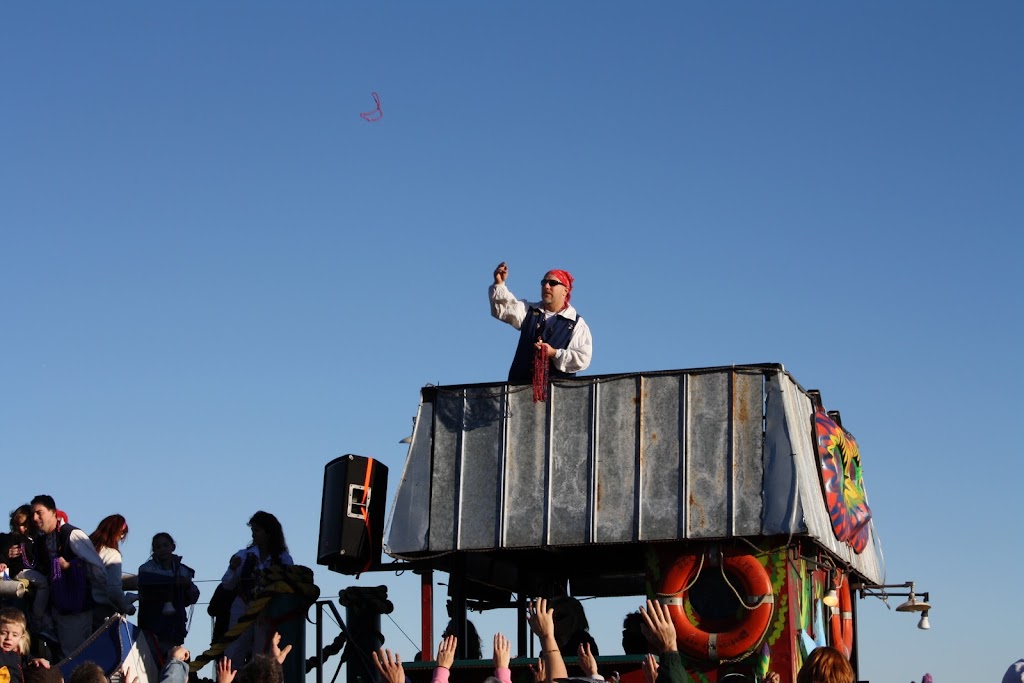 Grandpa Rusch and Allana tucked in close to the railing, however, Emmalynn and Meghan had an unfair advantage sitting on their Daddy’s shoulders.  Even Grandma and Liam tried their hand at catching a few beads. 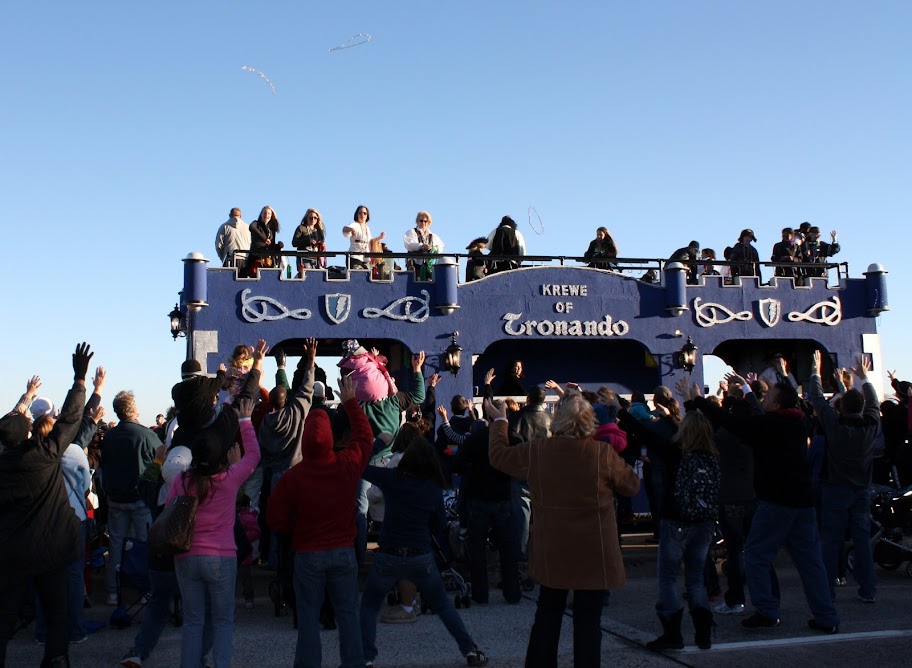 Although the girls decided they’d collected enough treasure, the Dads and Grandpa decided they need just a few more beads. 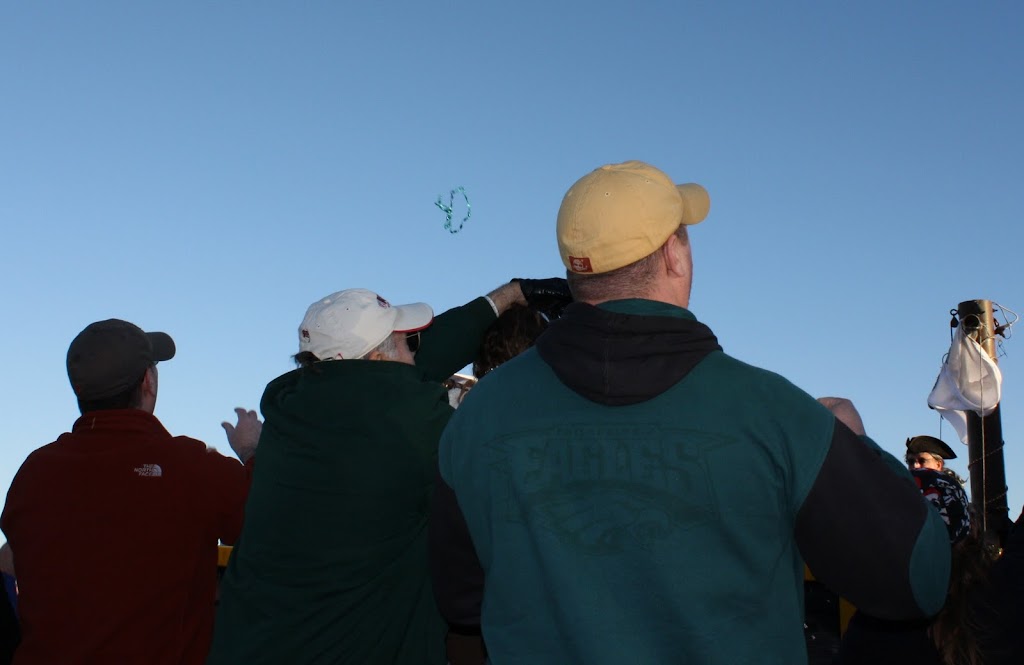 At the end, the girls proudly posed with their new found treasures. 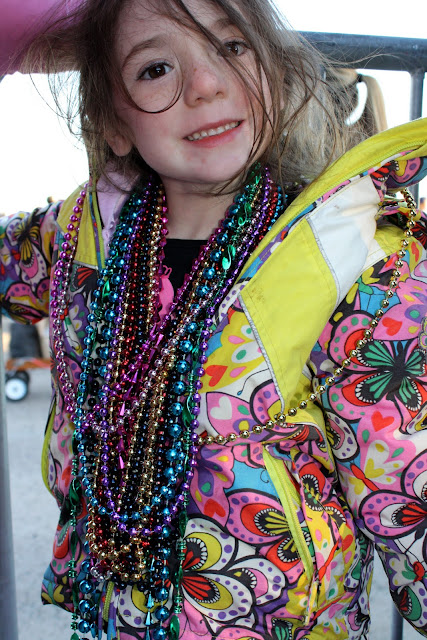 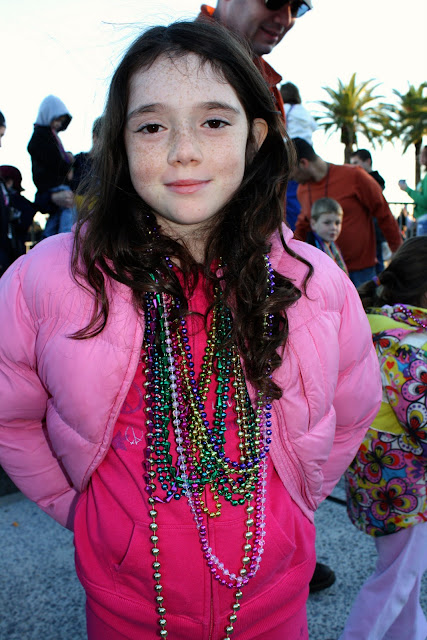 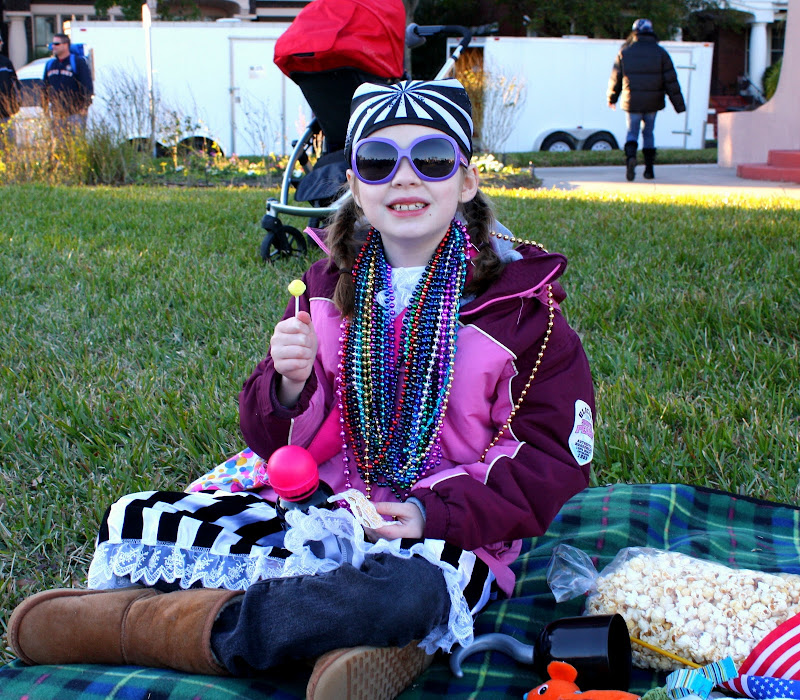 Even Liam licked liked his booty. 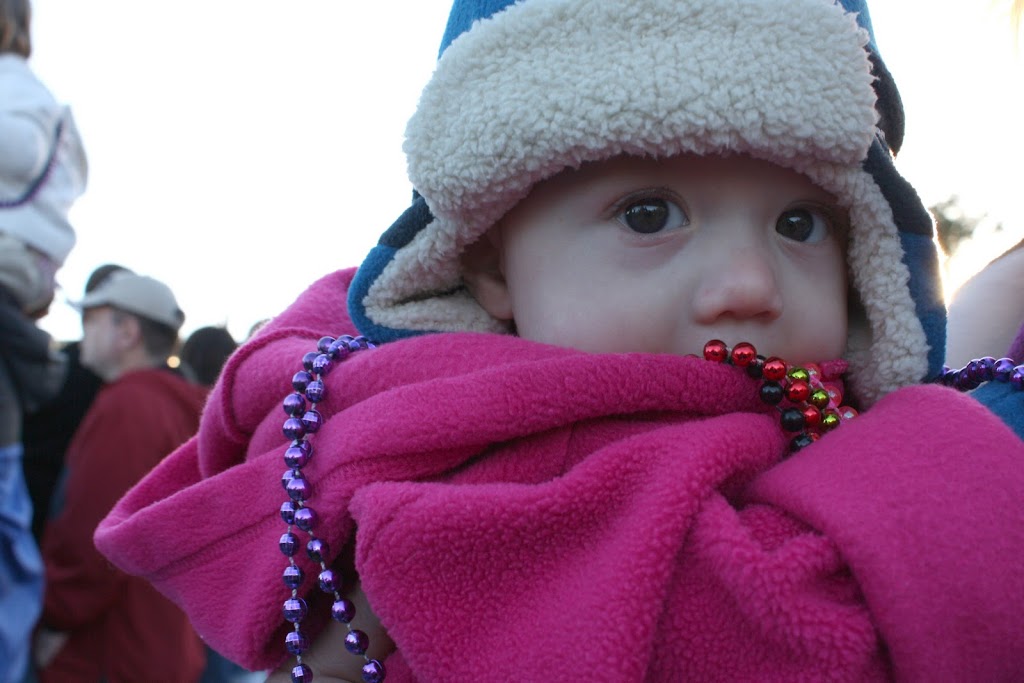 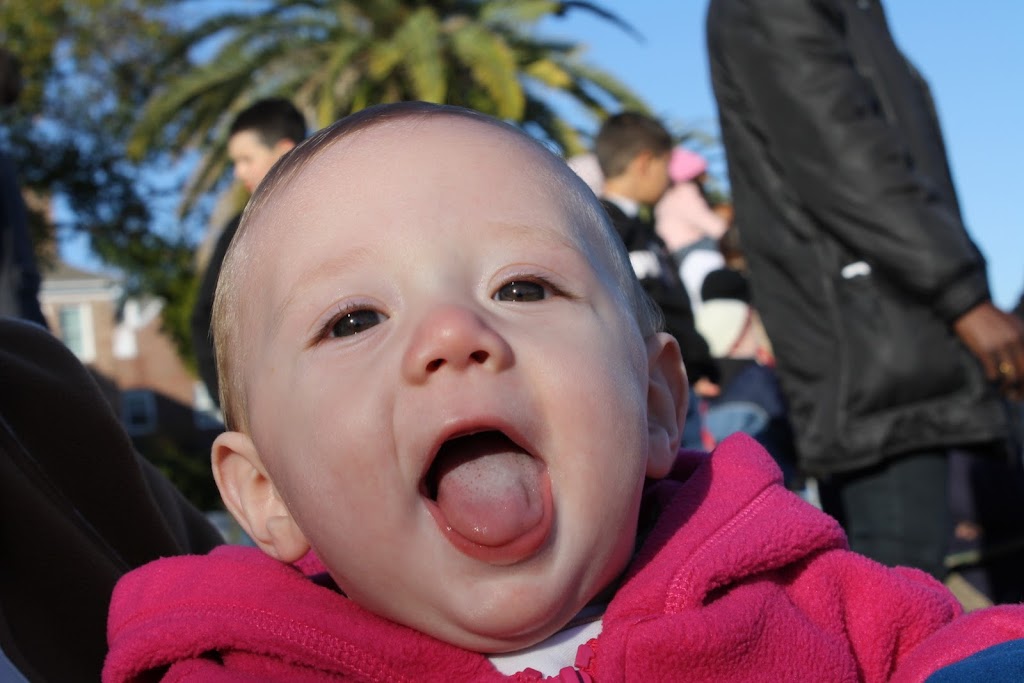