Iron Girl was a huge disappointment beginning with my race shirt.  I requested a size small, but it fit more like a youth large, which should have been my first clue that this race would have its challenges.

Our race packet instructed us to arrive at the Iron Girl remote parking lots where a shuttle service would bring us to the start line with the last trolley running at 6:15.  The morning of the race, my friends (Chrissy, Kathleen and I) arrived at the parking lot at 5:45 but we waited over an hour for a trolley. While waiting in line, we snapped a few photos to kill the time and that’s when I realized I had forgotten the memory card for my camera.  Although I was sad about my dilemma, I knew Jackie would be pleased that I would actually be running and not stopping for Kodak moments. (Just for the record, Jackie…I take photos while I run.  So there!)

When my friends and I finally arrived at the beach, we were told, “Two minutes until the start”.  Upon hearing that, Kathleen and I sprinted to the start line.  Although I desperately needed to pee, I just wanted to get to the race.  By the time we reached the start line, it was nearly 5 minutes into the race and I never got the chance to take my potty break.

When we reached the start line, the 5K runners were already lining up at the start.  Kathleen and I shoved our way through the 5K ladies to get to the chipped start.  Once we reached the start, an Iron Girl volunteer tried to stop us, but I yelled “We’re half runners!”  We didn’t wait for his approval and kept going.  Kathleen and I quickly caught up with the half marathon walkers and dodged our way through that frustrating obstacle course.  With all our weaving in and out, I eventually lost sight of Kathleen but I spotted the 3:00 pace group.

“Aw hell-to-the-no!”  I grunted to myself.  “I am NOT getting stuck behind the three hour pace group!”  I kept darting through the crowd and soon I reached the Clearwater Memorial Causeway.  Although I knew I should have slowed my pace to climb the steep hill, I just wanted to get past the walkers and get ahead of the crowd.

A gorgeous sunrise glowed as I came over the Clearwater Memorial Causeway and I wished I hadn’t forgotten my memory stick.  Once over the bridge, I spotted the 2:30 pace group and let out a sigh of relief.  I had caught up with peers close to my pace.  Feeling like I had finally made up for lost time, I now attempted to keep ahead of the2:30 pace group but I still needed to pee.

The night before, I studied the race course and knew there were water stations approximately every two miles with port-o-potties through the course.  What I didn’t take into account that this was a woman’s race and how there’s always a line to the ladies restroom except now I couldn’t sneak a squat in the men’s room.  There were plenty of trees along the race route but I have performance anxiety when it comes to peeing in public.  Prior to the race, I had joked with Chrissy about relieving myself while running and cleansing myself in the Gulf after the race, but that seemed less of a joke now.  So, I held it mile after mile until mile 7 when I couldn’t hold it any more.  At this particular potty, there were only two women waiting in line for a pair of port-o-lets and it was now or never.  When I exited the port-o-let, I saw the 2:30 pace group pass by.  I quickly gulped down two cups of water and chased after the pace group.

Again, I made up for lost time but it wasn’t easy for all the “hills” along the race route.  I had hoped for a more flat scenic view along the beach.  Instead we ran through a residential area with lots of hills and huge beautiful homes with waterfront views.  With each incline, I cussed myself out for not being more prepared and I should have anticipated “hills” from previous races through Clearwater, like the Turkey Trot.

Soon after mile 7, the Belleair Causeway came into sight and I called out, “Make it burn, ladies!”  No one was amused.  I decided to walk this hill out and have a Cliff Shot snack break when the 2:30 pace group passed me again.  Between the pace group passing and the sight of the enormous causeway, I felt defeated.  Once over the hill, I tried to get my groove back and catch up with the 2:30 pace group, but they only appeared further and further away with each step, like I was moving in slow motion or even backwards.  For the remainder of the race, the pace group sign became a mirage.

When we reached Gulf Blvd, I was exhausted and overheated and it was difficult to appreciate the flat course portion of the race.  However, as in any race, I did appreciate the volunteers (like the Girl Scouts) who handed us water and the spectators who cheered for us (like the blonde girls in yellow, the gentleman on a bike, the Coast Guard and the Firefighters).  One nice volunteer even offered to pour water on me to cool me down.  I really must have been a sad sight.

Around mile 10, I had one more hill to conquer: the Sand Key Bridge into Clearwater Beach.  I didn’t even try to run it and my legs and glutes showed their gratitude by not giving out before reaching the finish line.

When I reached the bottom of the bridge, I only had two miles remaining.  In a race, I typically conserve my energy for the end so I can pick up the pace to cross the finish line.  But this time, I didn’t have it in me and I just tried to finish with a smile.

Once I crossed the finish line, I heard the announcer shout, “Welcome home, Denise!”  Even though I didn’t make it under 2:30, it felt good to be home and to finish 39.3 miles before my 40th birthday.

As for my friends, Jackie placed second in her division for the 5K (22:41 – a new PR for her) and received an Iron Girl pendant for her achievement.  Kathleen finished the half in 1:56:16 and Chrissy finished the 5K in 34:09.  All great accomplishments! 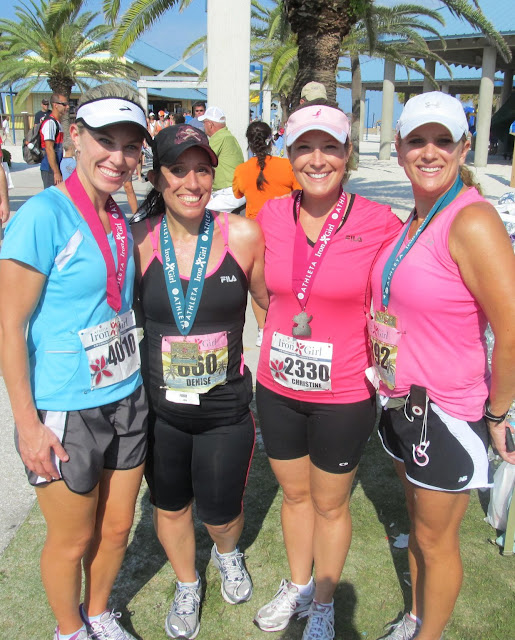 Three days later after Iron Girl, I’m still sore.  Climbing the stairs hurts.  My pelvic muscles are killing me and my ass…well some things are just better off not said.  Let’s just say that I’ve become good pals with a tube of Preparation H and Preparation wipes and I’ve been popping ibuprofen to reduce some of the pain.  After almost four years of running, this the first time I’ve ever had to take pain reliever after any race or had to deal with any ass issues.   I’m not sure if it had something to do with the “hills” or my postpartum out of shape body.  But then, I guess they don’t call it Iron Girl for nothing!

Proudly submitted to Stacy Uncorked, because when I blog about my races, it’s usually pretty random. 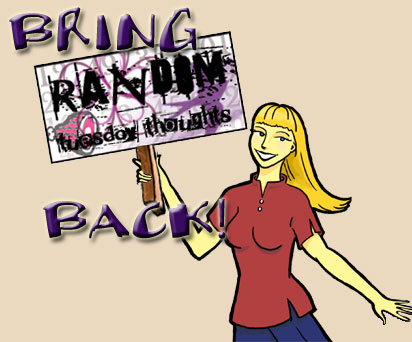