“So what’s your goal for this race?” Coach Jackie asked.

In its 6 years, Miles for Moffitt had a record registration with approximately 6,000 participants at last Saturday’s race.   For the past few years I’ve wanted to run this race, but something always conflicted with the date.  It felt good to be part of the 6,000 people supporting such an outstanding organization like Moffitt. 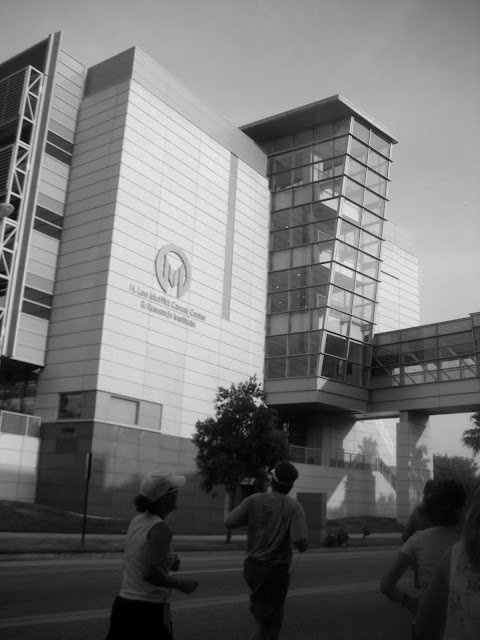 As I looked around the crowd corralled at the start line, I wondered “How many people’s lives had been touched by cancer.  How many people were here running in a loved one’s memory?” 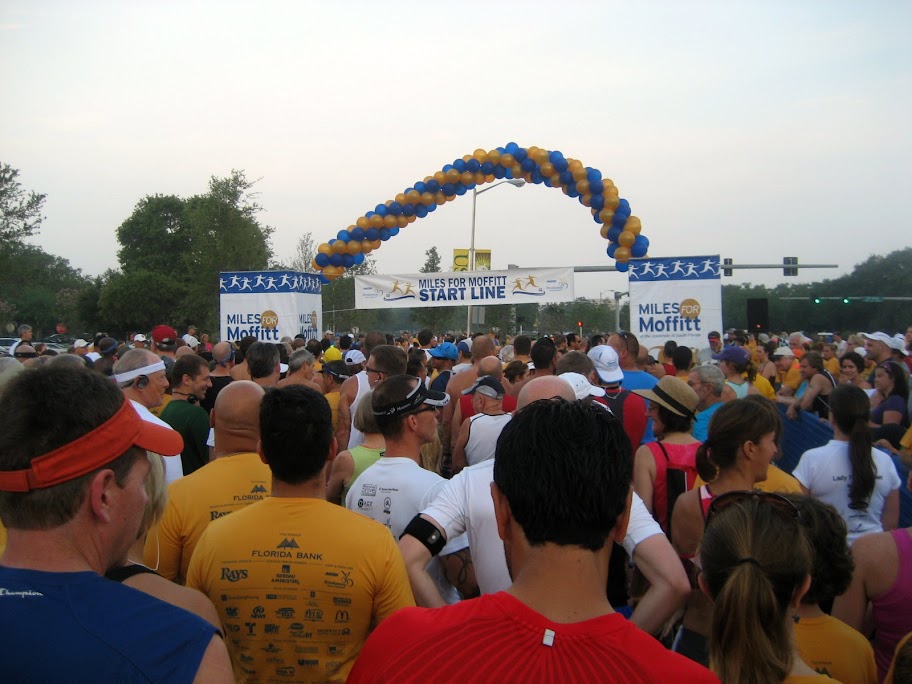 As I pondered over the statistics of cancer impacting each participant, I recognized a face in the crowd.  A woman I had taught with years ago was at the start line supporting her daughter, who was running 5 miles for Dad.  Her husband had recently been diagnosed with Leukemia and had been receiving treatment at Moffitt.  Since the race about to start, I gave her a quick hug along my sympathy and the promise many prayers.  And then the race started.

The race route led us through the University of South Florida campus and it was such a strange feeling to be running through the streets of my alma mater.  I walked these streets many times during my college days, but I never ran them unless I was late to class.  And at that moment, I really wished I was a runner back in college. 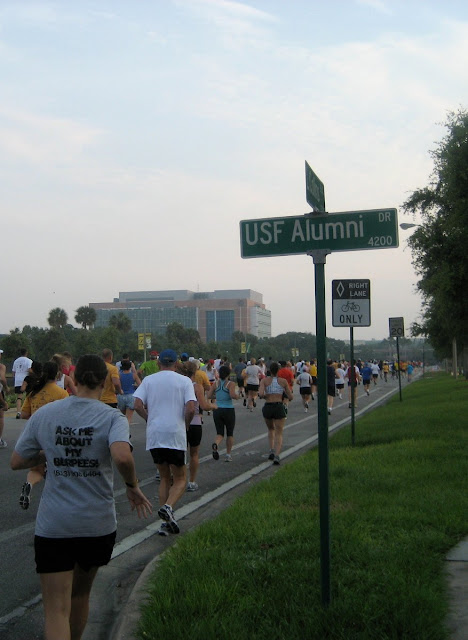 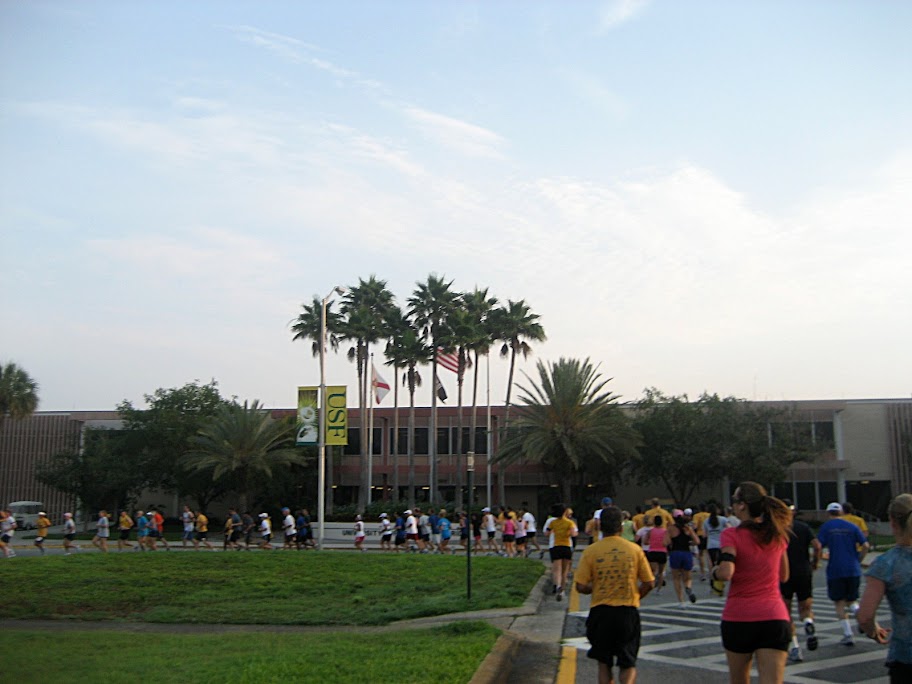 If I ran when I was a student at USF, I would have known about the “hills” and prepared for them.  Funny, I remembered the speed bumps mountains but I don’t remember the streets having such a steep incline.  Those hills were TOUGH.  Not Iron Girl tough, but still pretty tough and tough enough to make my hamstring start acting up again. 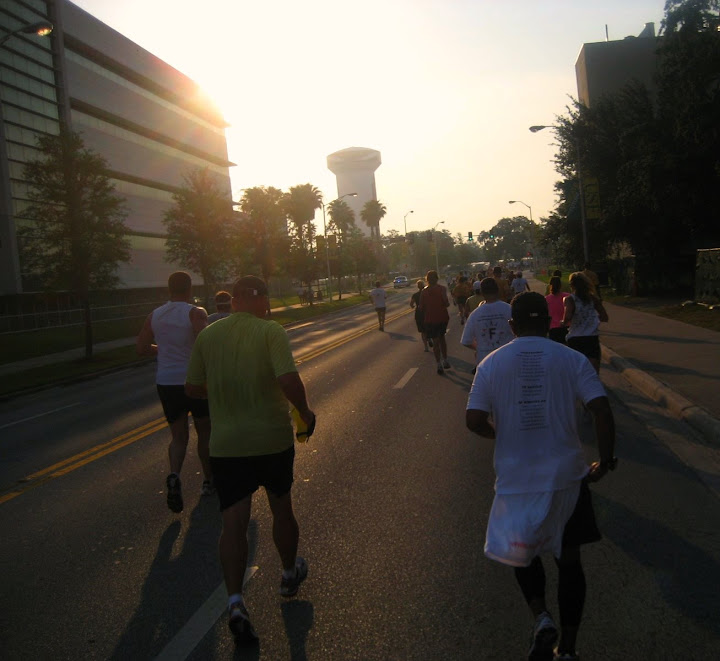 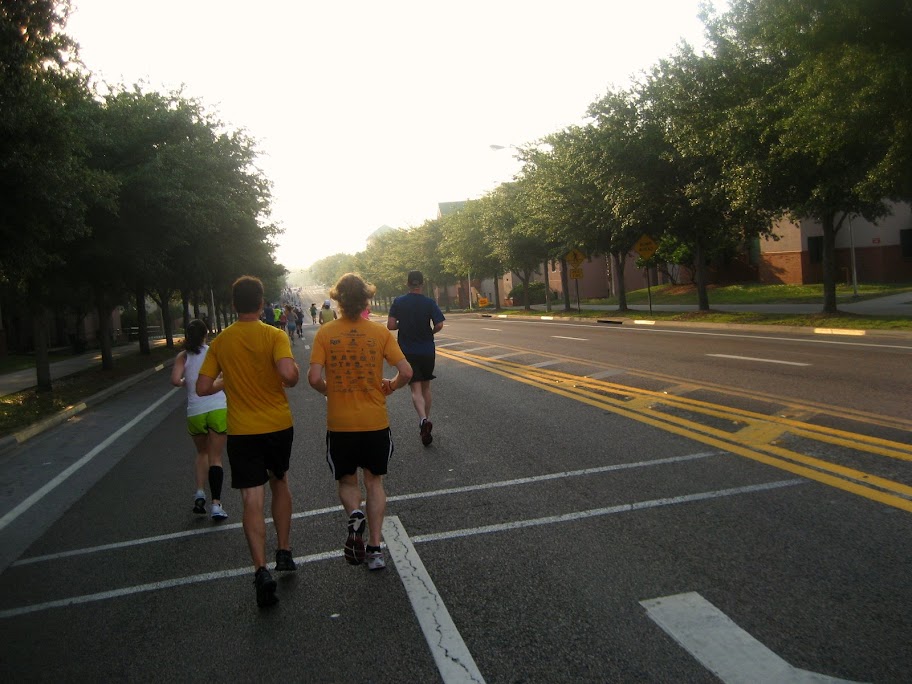 Around mile 3, I passed David of the Suncoast Striders, who was still smiling and running alongside of Coach Jackie.  Poor Jackie looked like she was struggling with the heat and hills too, but she still had a killer pace going (7:30). 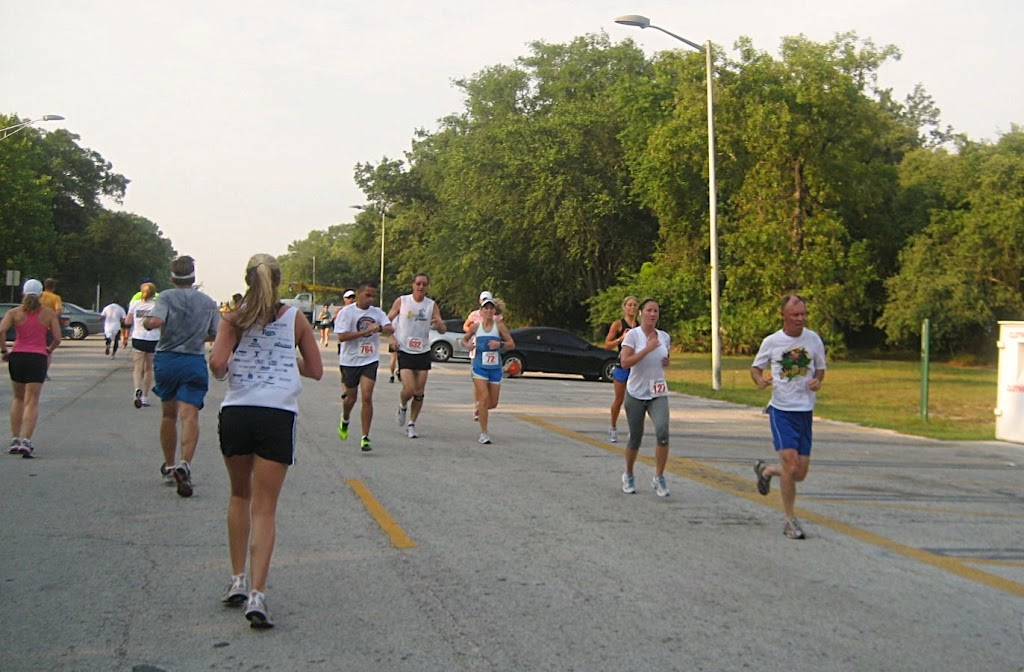 After mile 4, I tried to push it, but the heat and hills were getting the best of me.  I just wanted to finish.

Finally, I spotted the gold and blue balloons and I knew I was getting close.  But then, I realized those were the balloons over the start line and I still had another 500 feet to go.  UGH! I hate it when that happens!

Although I struggled with the heat, the hills and the last 500 feet, somehow I finished right where I wanted. 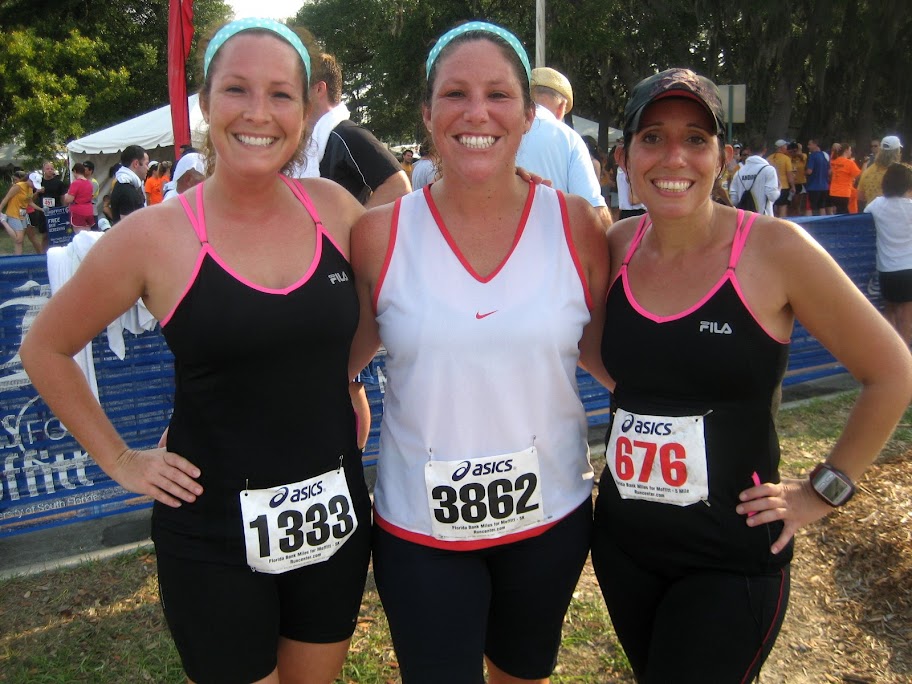 My friend Chrissy (We totally didn’t mean to match.) and her sister, Angie, ran the 5K and Chrissy finished with a new PB.  We celebrated by chowing down on some food at the post-race tent.  But somehow we accidentally slipped into a sponsor tent and scarfed down McDonalds Egg McMuffins, oatmeal and guava pastries from the Columbia restaurant before we realized we didn’t belong there.  Whoops. 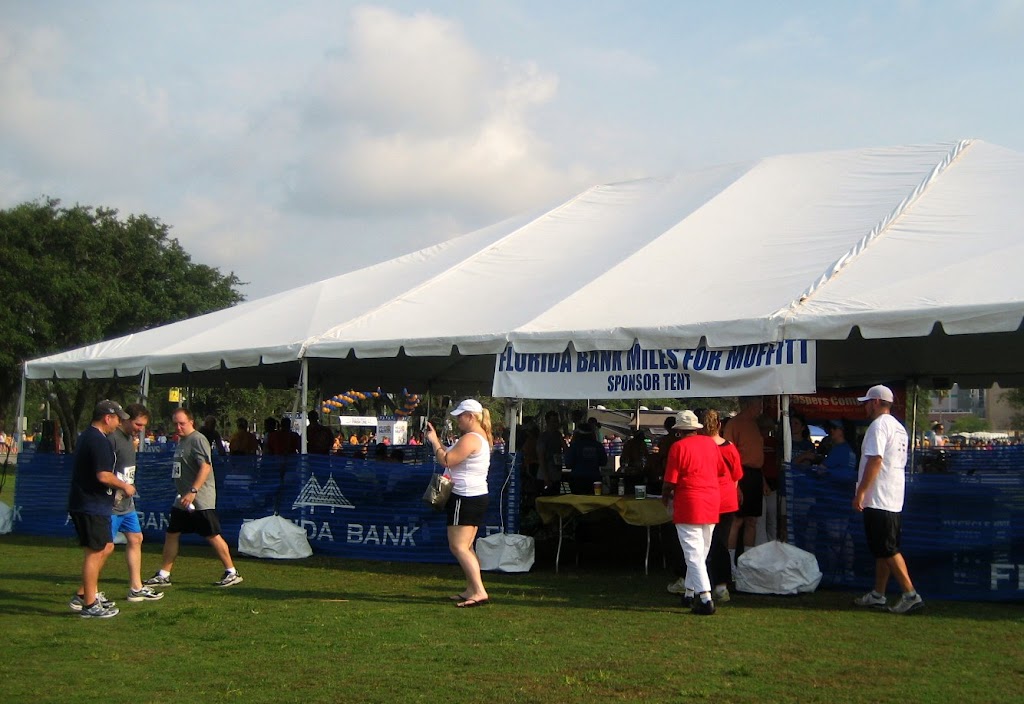 Once we realized our mistake, we immediately left but not before our bellies were full.  Like Chrissy said, at least it wasn’t the cancer patients’ tent.  That would have been some really bad karma.  But man, those guava pastries were so good. 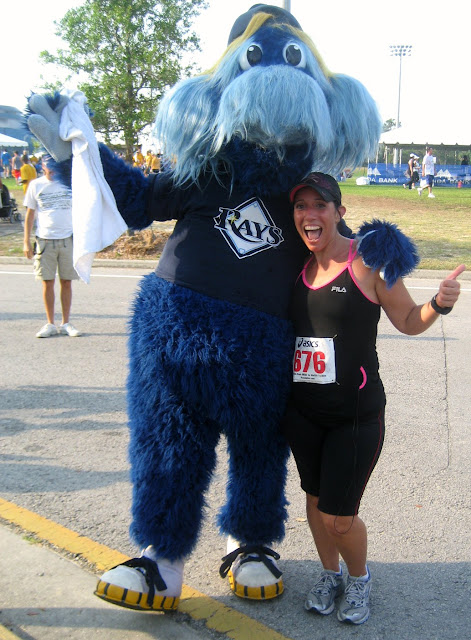 I ran 5 Miles for Moffitt in memory of my Aunt June.  You are deeply missed, Aunt June.