My kids constantly crave French toast for breakfast.  I don’t know what it is about this egg-soaked sweet cinnamon bread that they love so much, but they always request it.  And of course, Iron Chef Allan happily obliges, because it’s his favorite breakfast food too.

However, on one such occasion, Iron Chef Allan realized there was not enough leftover Cuban bread to make a decent batch for breakfast.  But, we did have a stock pile of Thomas cinnamon raisin English muffins, thanks to a recent Publix BOGO deal.  So Iron Chef Allan got a little creative in the kitchen and decided to substitute the usual crusty bread with cinnamon raisin English muffins.

The results were better than you could imagine.  English muffins are like little sponges and the nooks and crannies soaked up loads of the sweet egg batter.  Each bite was a squishy explosion of flavor.

Gotta give it to Allan for thinking outside of the bread box!  It was quite a delicious idea. 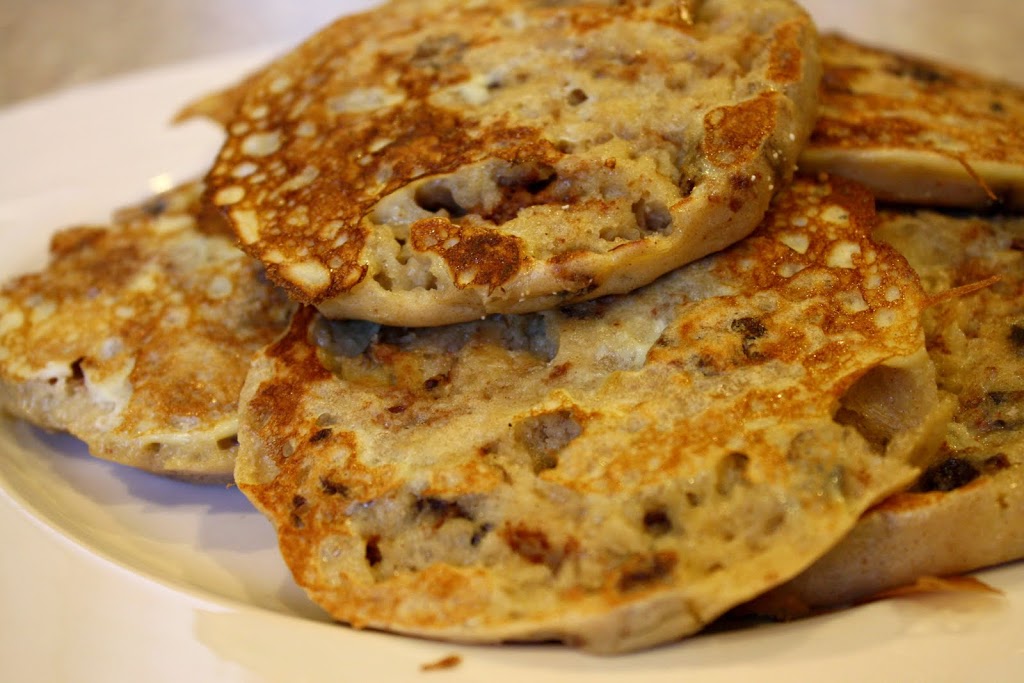 French Toast
(Adapted from the Joy of Cooking. Iron Chef Allan also said that it depends on his mood as to which ingredients he adds.)

Directions
Whisk ingredients in a bowl. Soak each slice of bread in the egg mixture. Using a skillet set to 350, brown the bread on each side. Serve with maple syrup.