I married a snob, but I knew he was a snob when I married him.  He’s been turning his nose up at Dunkin’ Donuts coffee for years and when it comes to beer, only craft beer will pass his palette.  Like I said, I’ve known this for years, however, I only recently discovered that he is a shortbread snob.

When I told him about this Martha Stewart shortbread recipe I found on Pinterest, he immediately replied, “Well that won’t be good.”

“Because it’s Martha Stewart.  She can’t just do traditional shortbread.  She’s got to change somehow.”

“Well, she does use brown sugar instead of white sugar.”

I have to admit.  I was a little nervous about this recipe.  I’ve never made any Martha dishes before this one.  But before I began baking, I had to learn why she used coarse salt.  So with a quick Google search, I stumbled upon Baking Bites which explained the reason for the substitution.

Of course, I immediately reported my findings to Iron Chef Allan.  “Coarse salt is just Kosher or sea salt and it adds contrast to the sweetness of the dish.”

He continued grumbling over Martha Stewart as I began to bake her shortbread.

I originally found this recipe around Halloween as an clever way to use leftover Halloween candy.  Since I have piles of Easter candy in my pantry, I decided to add some springtime flare to the recipe. 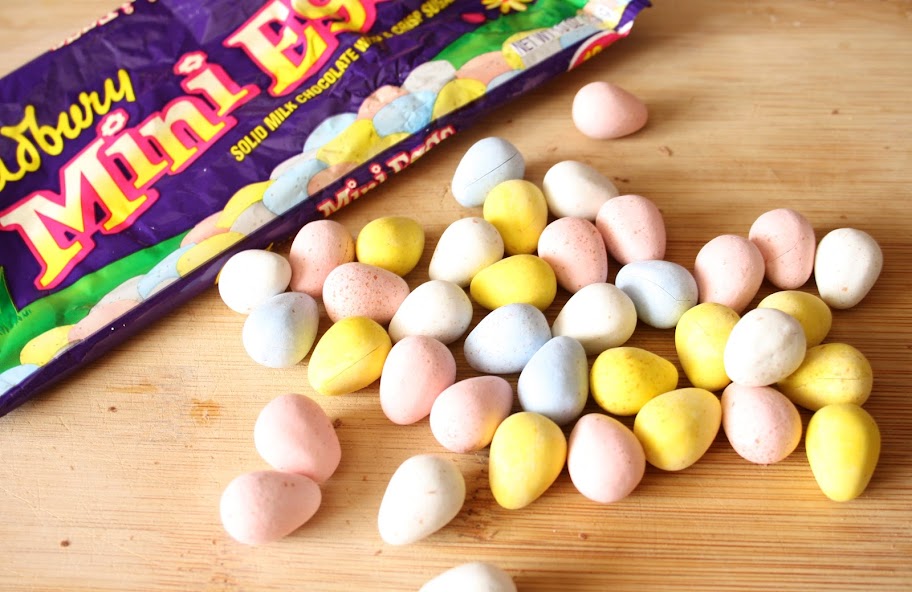 For the baking portion, I followed the recipe as is, however, I got a bit more creative with the toppings.  I used my kids’ chocolate bunnies for the chocolate spread. 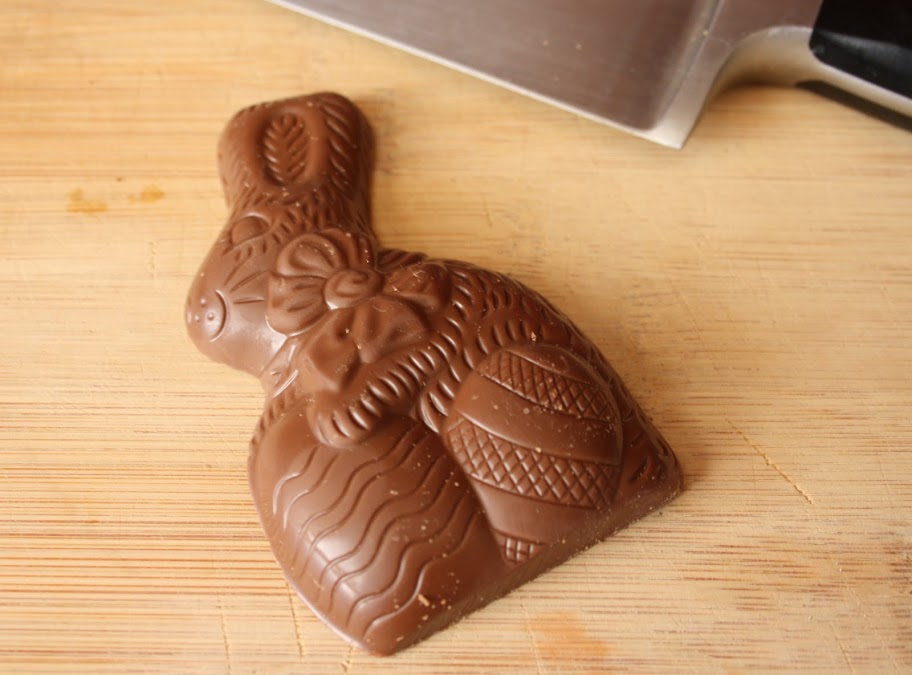 By doing so, I believe I may have traumatized my children in the process. 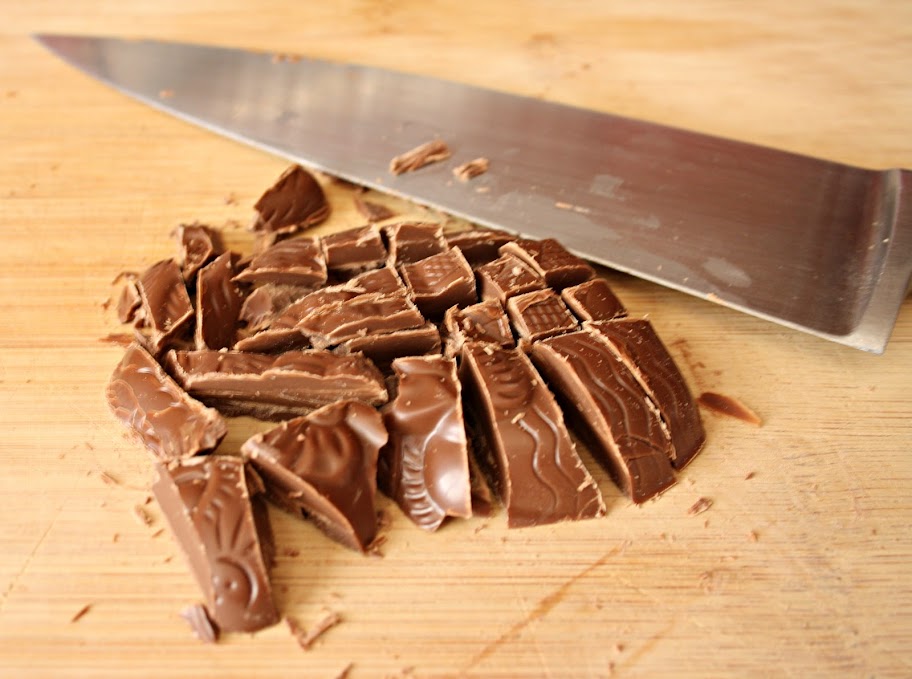 Yep, I boiled the bunny.  Using a double boiler, I melted their bunnies to create a chocolaty layer to spread over the shortbread. 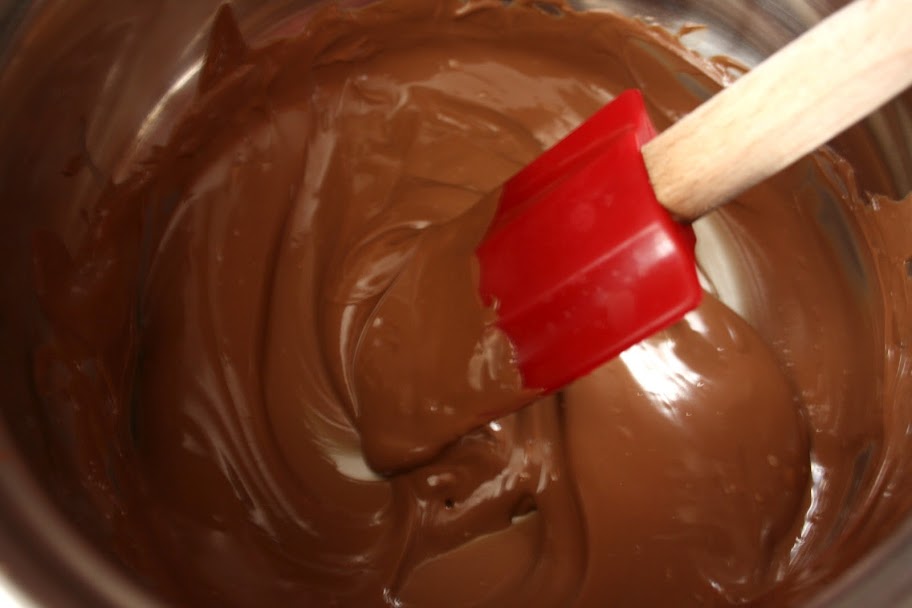 Then, I smashed some Cadbury Mini Eggs and sprinkled them on top. 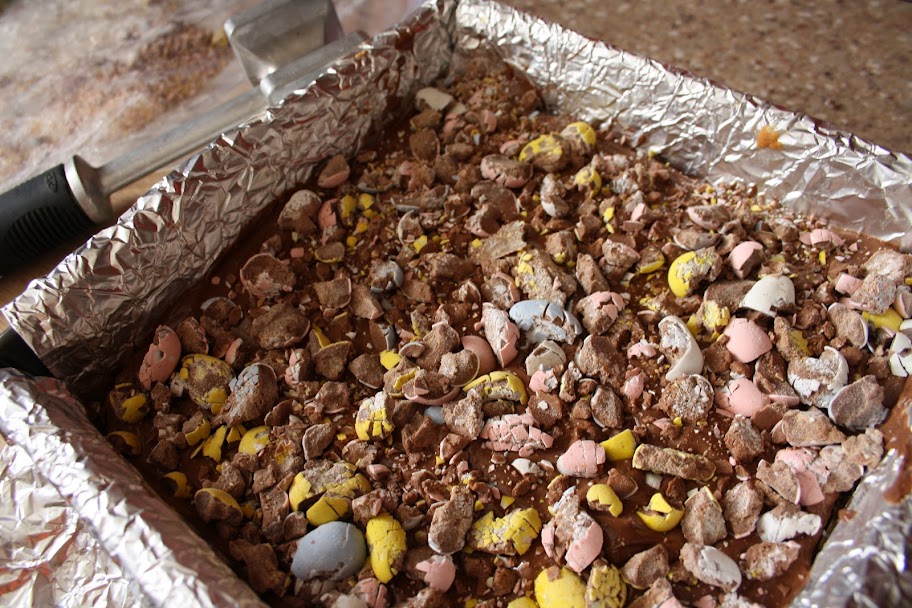 The results were surprisingly delicious and the coarse salt really was nice contrast to the sweetness.  BUT, it doesn’t taste like traditional Scottish shortbread.  These bars have a blondie-like texture and therefore, they did not pass the Iron Chef Allan taste test.

Whatever.  They are incredible and all mine. 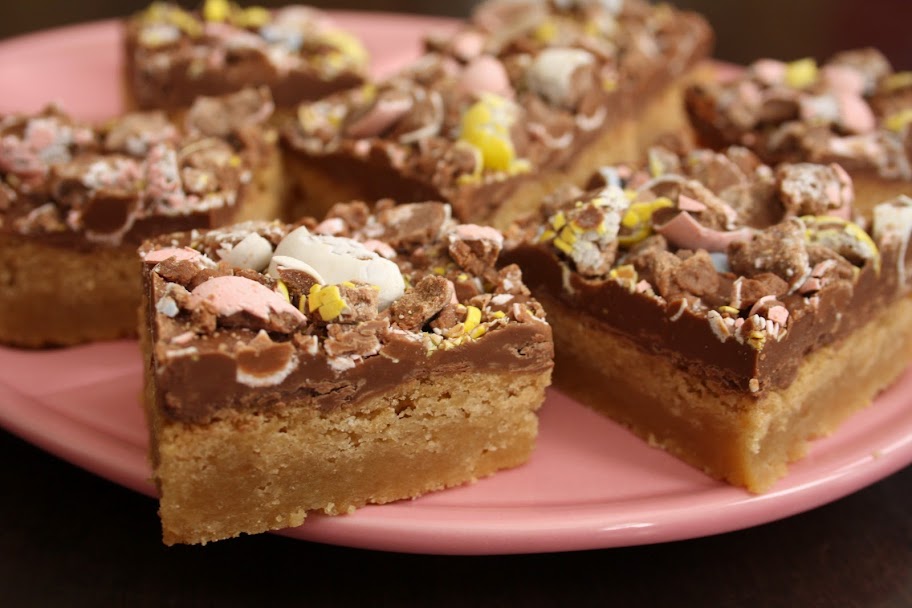 Using an electric mixer, beat butter, brown sugar, and salt on medium-high until light and fluffy, 3 minutes. With mixer on low, add flour in three additions and beat until combined (dough will be crumbly).

Press dough evenly into prepared baking pan. Bake until golden brown and firm, 30 to 35 minutes.  Remove from oven a set on cooling rack.