Thanks to Kristi’s Summer Daze Photo Challenge, my children have been obsessing over root beer floats as well as foil dinners and snow cones.  I should have never printed out that checklist.

For the purpose of the Summer Daze Photo Challenge, I tried to capture photos of my kids enjoying their summer time treats, but they always slurped them down with such speed.  Is there some kind of root beer float competition like the Nathan’s Hot Dog Eating Contest? I could win money with these kids.  After all, they have certainly trained like professional contest eaters.

I had such dreams and aspirations of snapping photos of my kids slurping on their icy treats in an old fashioned ice cream shop complete with black and white tiled floors and retro bar stools with squishy vinyl swivel seats.  But that never happened. 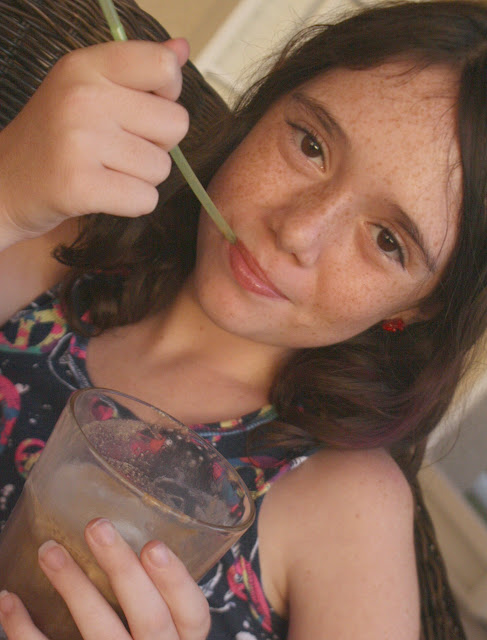 Instead I have my porch as a backdrop and empty glasses in their hands.  Such is the life of a suburban mom living in cow country with several Targets and no town center with an old fashioned soda shop. 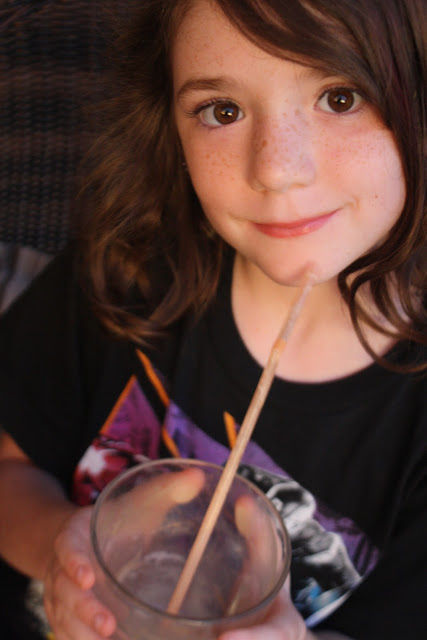 Now, that’s pretty darn creative and very clever.  And with today being my birthday, I decided to whip up a batch.

You can lick the screen if you want.

Or try and tap it with a straw.

Either way, you don’t want to miss out on this treat. 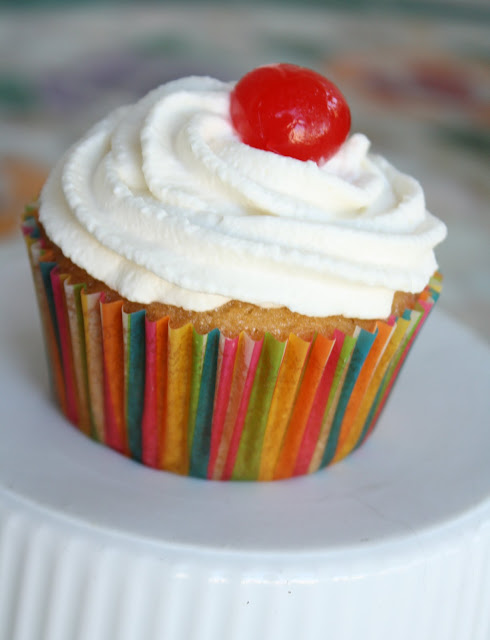 In a standing mixer, cream the butter and sugar until well blended.  Add eggs one at a time, mixing well after each.  Add vanilla.

Once completely cooled, ice cupcakes with whipped cream.  Rinse and pat dry maraschino cherries with paper towels.  Top each cupcake with one cherry.

In a small bowl, whip heavy cream with a handheld mixer until soft peaks form.  Add vanilla and powdered sugar and mix until stiff.