What do you get when you mix some of the best food in the bay with some of Tampa Bay’s best bloggers?  You’re guaranteed conversation and food that leaves you craving for more. 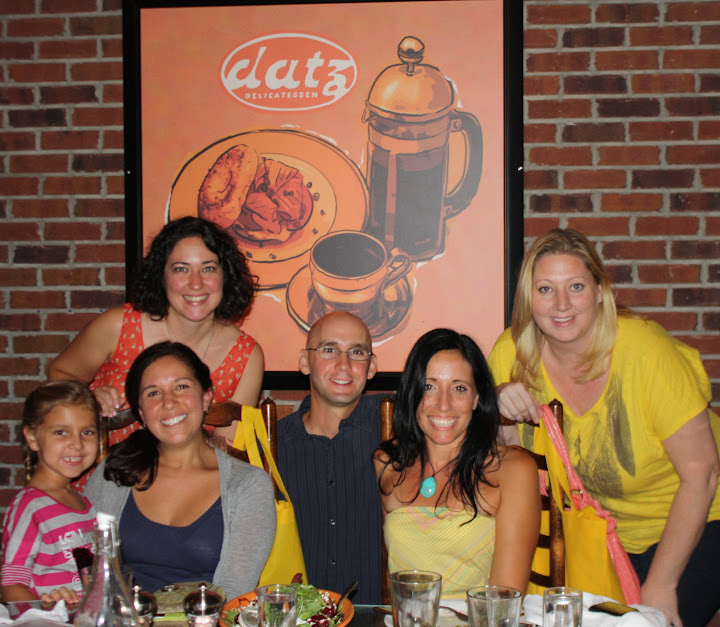 Last Saturday, the Tampa Bay Bloggers (Top left to right Running Betty, Gone Bananas, Fit Kids Playground, Digital Running and Run DMT) met to share blogging conference experiences and current projects.  Though everyone always learns so much from our meetups, the food truly set this meetup apart from all the others as Chef Jason of Datz created a special menu full of fall flavors just for us.

Our four course meal started with Butternut Squash and Apple Bisque topped with a five-spice froth, an item not currently on the menu.  The froth melted before any of us could capture it, however, capturing everyone’s expressions as they sampled the soup (or “Fall in a Bowl” as we coined it) would have been equally momentous.  Surprisingly less sweet than anticipated, the spices added an unexpected and pleasant savoriness  to the soup.

Next, Chef Jason served us family style platters of Figgy Piggy Salad followed by equally ginormous portions of Roasted Beet Salad.  The combination of the dried mission figs and the pumpkin seeds of the Figgy Piggy Salad offered such an unusual crunch and texture to salad.  Try as we might to replicate Chef Jason’s creation in our own kitchens, we would need to learn the secret to his warm bacon vinaigrette first.

The peppery arugula topped with pickled onions offered such a lovely tartness to of the Roasted Beet Salad.  The goat cheese and the balsamic glaze added just the right sweetness and balance to finish the salad. 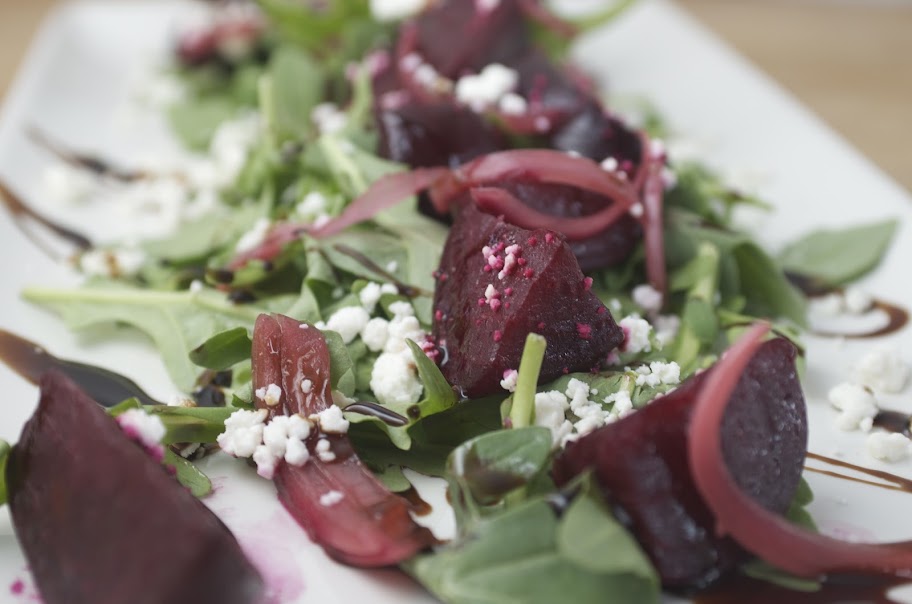 For our final course, Chef Jason presented his newest addition to the Datz fall menu, Harvest Ravioli.  Pillows of squash raviolis served with sage and brown butter sauce and shaved parmesan are the finest of fall comfort food and Chef Jason highly recommended trying the raviolis with scallops, which sounds unbelievable.  Unfortunately, I had to take everyone’s word as to how wonderful the raviolis were because they contained walnuts and an epinephrine shot would have really ruined the evening.

Since I missed out on the raviolis, I ordered the famous Datchos, a pile of Datz homemade potato chips served with chili, cheese, jalapenos, sour cream and blue cheese drizzle and scallions.  I added pulled chicken to my pile of Datchos, a suggestion from our server, Maite, whose knowledge of craft beers and food pairings made an already spectacular meal even better.

We couldn’t end the evening without sampling some dessert, such as the Peanut Chocolate Explosion and a Seven Layer Chocolate Cake.  Two large slices of rich, heavenly cakes shared between us because apparently someone in the bunch had a chocolate craving. 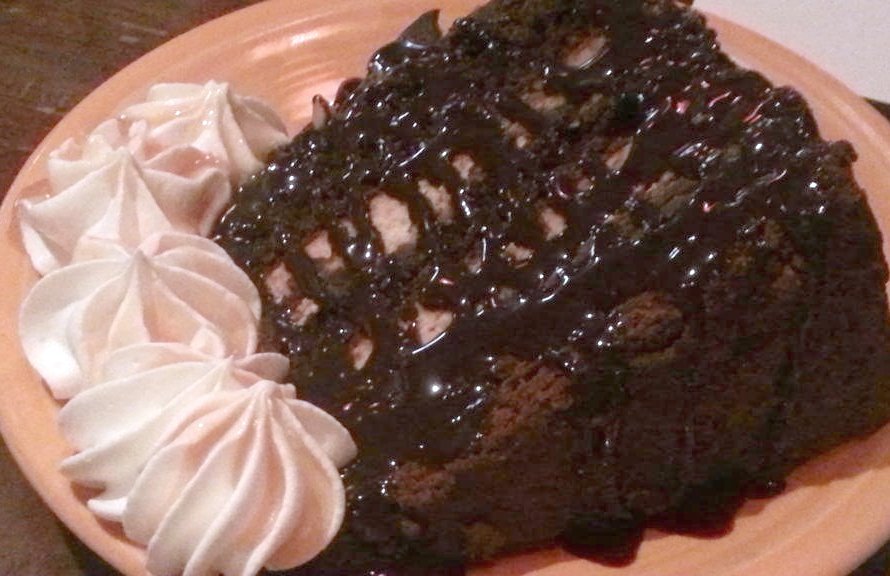 *Photo by Kirsten of Gone Bananas*

My only regret is that we didn’t have a larger turn-out for the event but I’m blaming it on the FSU/USF game and not the location nor the food.  Hopefully, Datz and the Tampa Bay Bloggers can team up again.

In the meantime, I’m asking Santa for more Datz during the holidays.  Is it too soon to add Datz to my Christmas wish list?  Because nothing says Christmas like a Figgy Piggy pudding Salad from Datz!

Tweet @datz4foodies to tell Datz you fell in love with the fall menu and you read about it via Run DMT @denisermt.

For inquires or reservations, visit Datz at datzdeli.com.