Like most toddler boys, Little Lion Man is obsessed with trains.  Although when my oldest daughter was his age, she loved trains too.  In fact, because she loved Thomas and trains so much, we saw The Polar Express in the cinema when she was close to his age, however, she was a timid toddler and a few of the scenes frightened her.

But it didn’t frighten my Little Lion Man.  He hollered out, “Whoa!” when he watched the Polar Express cascade down the mountainside like a roller coaster.

Since Little Lion Man loves locomotives, we boarded the 7 ½ gauge CP&G Railroad at Crews Lakes Wilderness Park for a ride on the Christmas Train to the “North Pole”.  When Little Lion Man spotted the little engine chugging down the track, he had a similar reaction to The Polar Express. “Whoa!  Mama, it’s a train!” 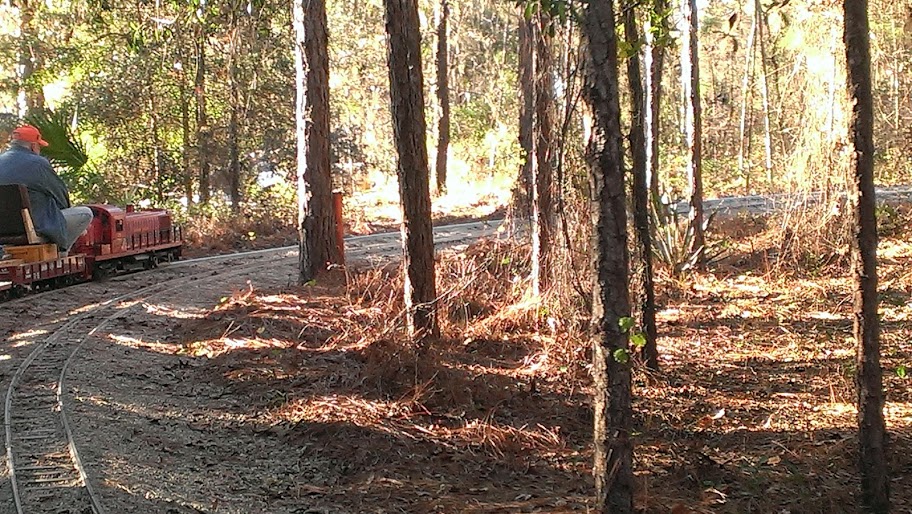 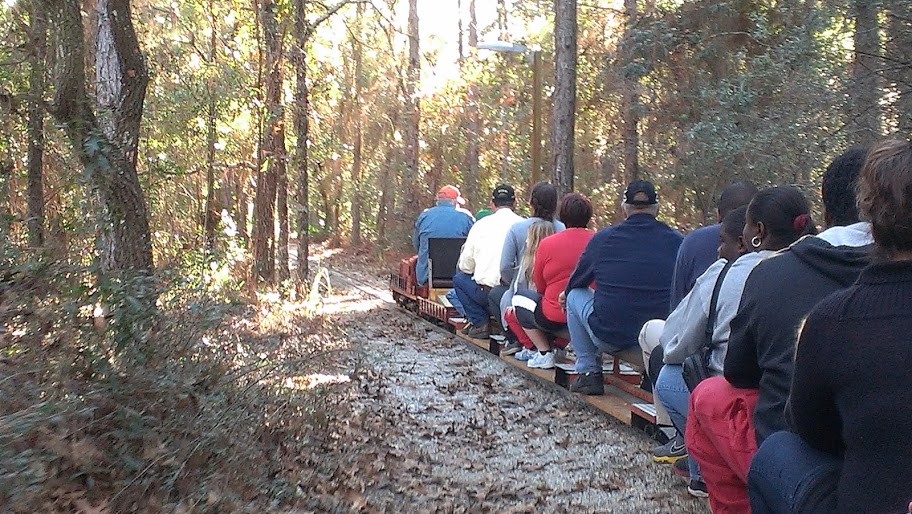 Winding along tracks through the woods, reminded me of a similar train in England years ago.  On that train ride long ago, Allana met my friend, Suzie, her mum and Father Christmas. 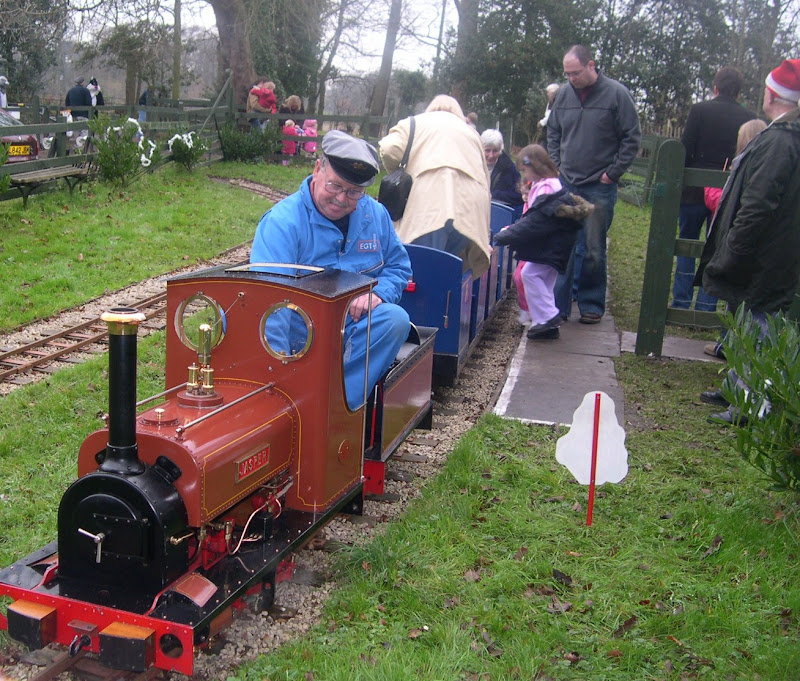 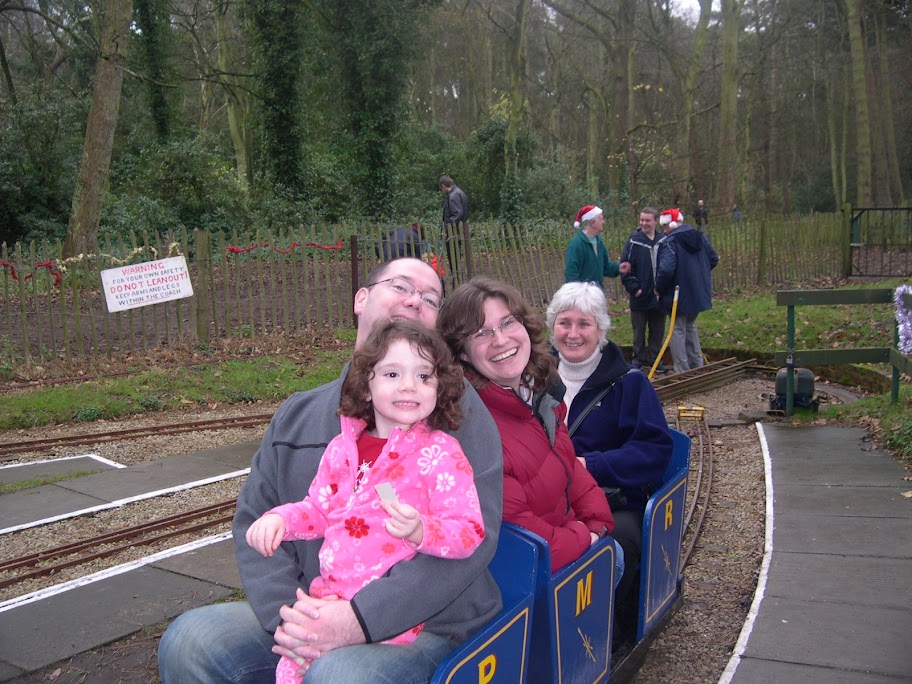 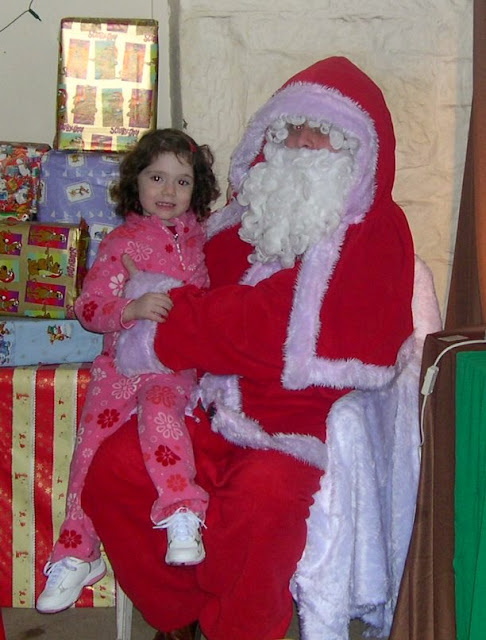 Over the track and through the woods to Santa Claus we go went, but Little Lion Man wanted nothing to do with the big man in red.  He preferred to watch the trains arriving at the station. 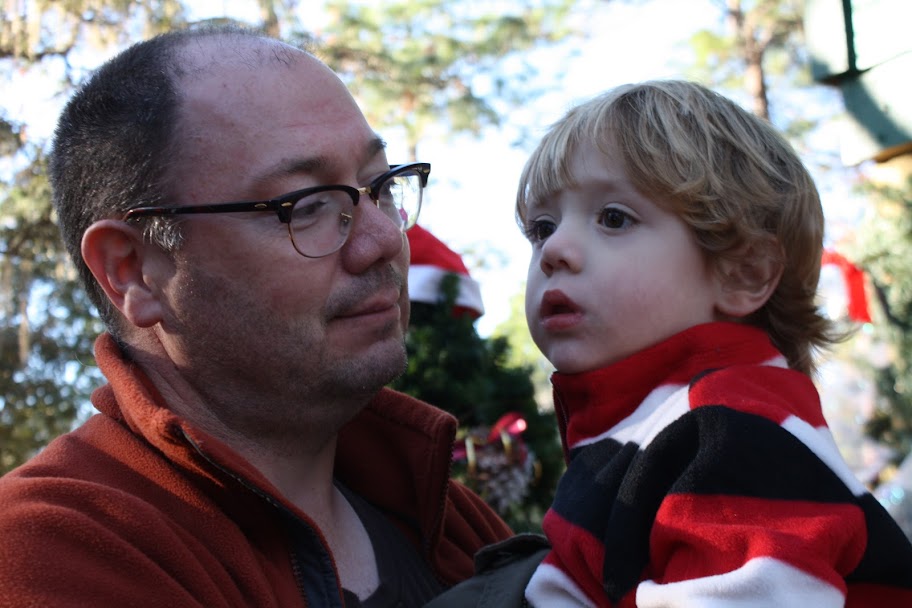 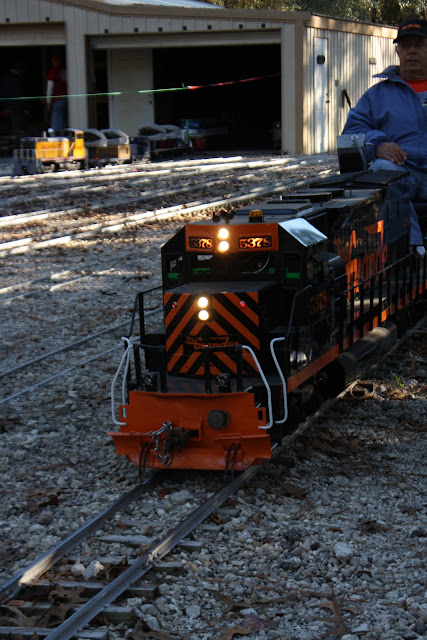 After a quick photo opportunity and an even quicker word with Santa to remind him of the toys to bring, we were back on our way home. 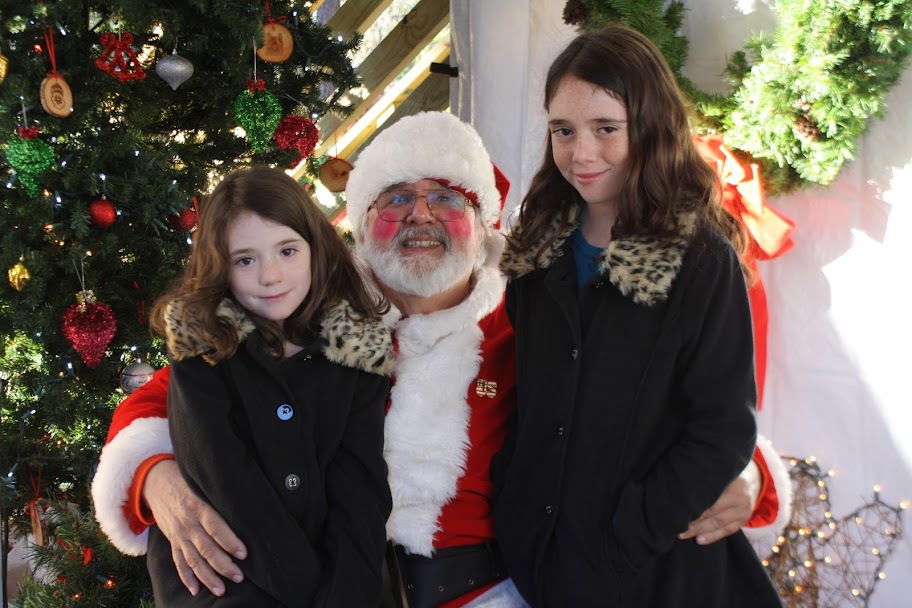 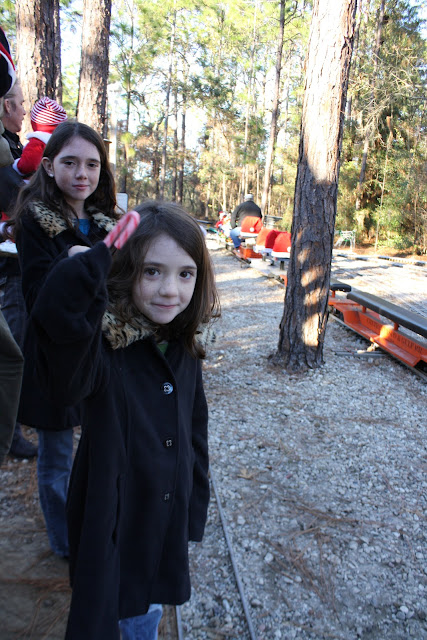 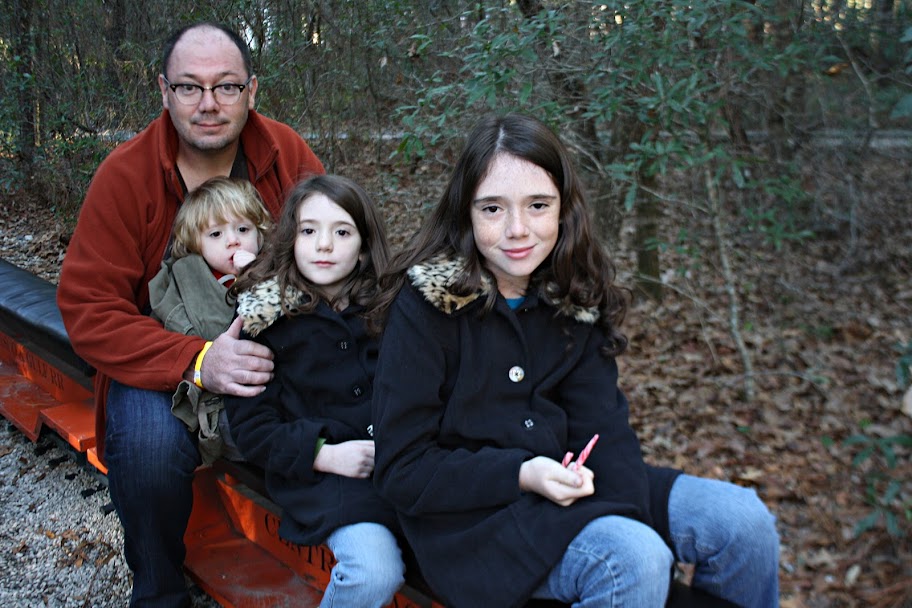 At the end of the day, that little train ride brought a great deal of joy to one little boy. 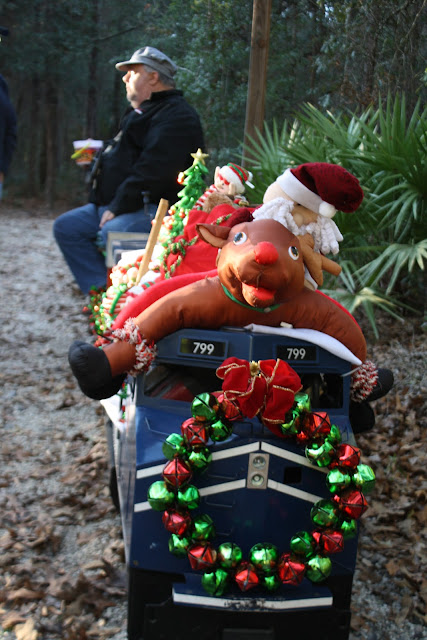 And the rest of us had fun too. 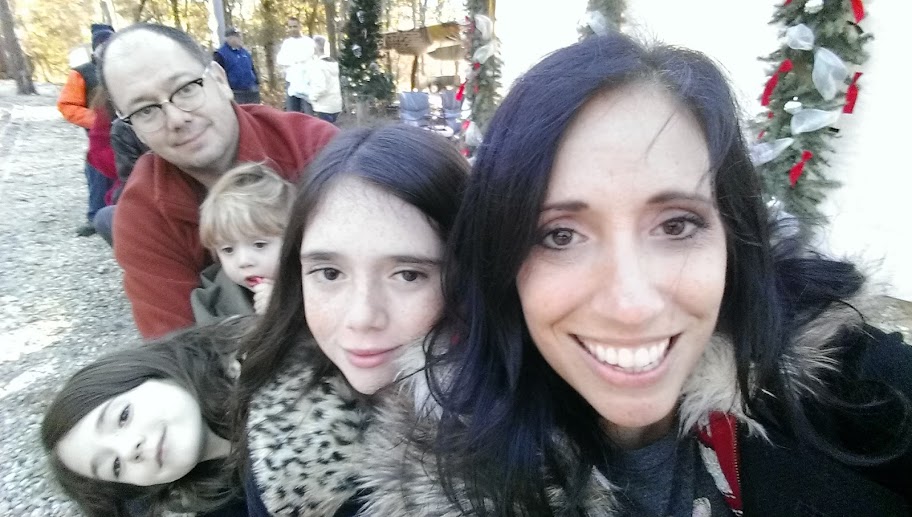 What Christmas music is moving you this season?