In all the years I’ve participated in the Gasparilla Distance Classic Weekend, the weather for the half marathon has always been rainy and cold.  This year, with temperatures hitting the high 70s, the Gasparilla Distance Classic faced record highs which prompted the race director to send out emails encouraging participants to drink water and stay hydrated to combat the heat.

Then on Friday evening, in unfortunate twist of fate, the City of Tampa alerted its residents to drink boiled water in response to a burst sewage pipeline.  The Gasparilla Race Director sent a second email to ease everyone’s concern about water on the course.  All the water distributed would be bottled Zephyrhills water. 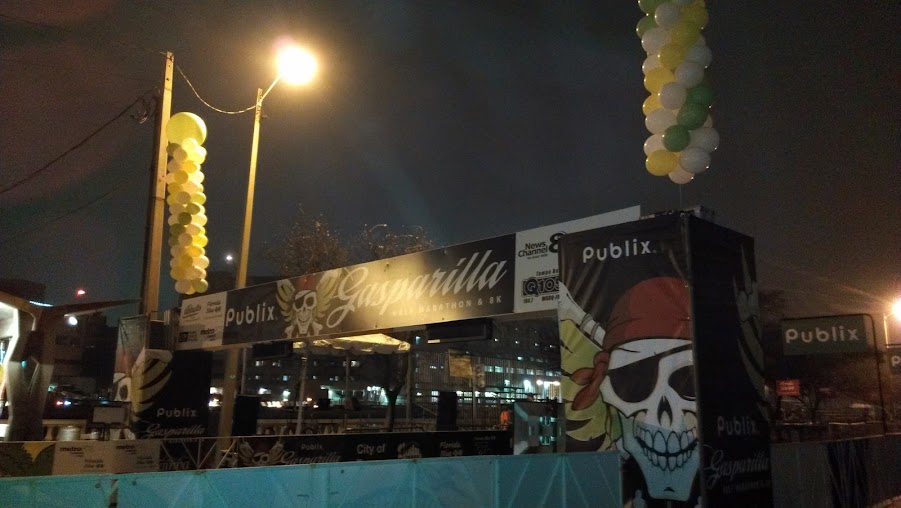 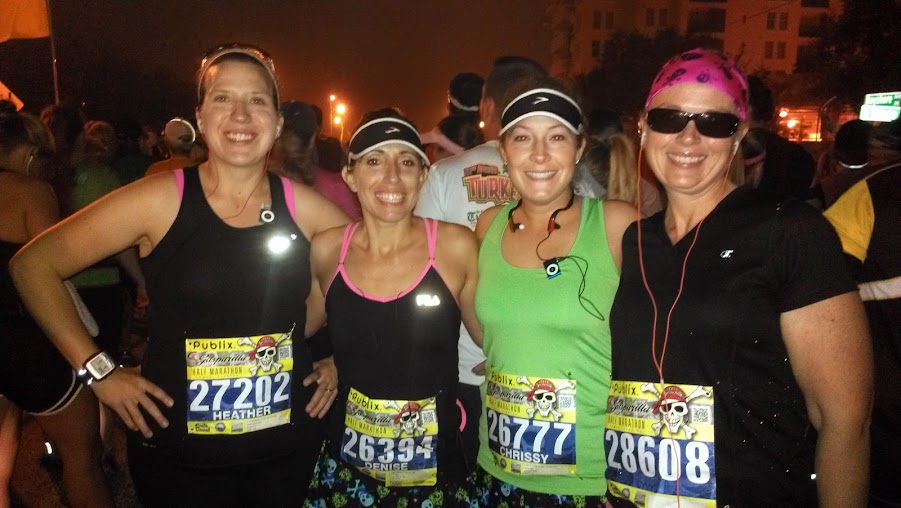 Chrissy and I started off together, even walked the David Island bridge bottleneck together,  but I lost her around the 3 mile mark.  She was determined to PR and I just wanted to finish without a heat stroke.

I kept an easy 10:00 mile pace and just enjoyed the course.  I bumped into quite a few of my running friends along the way.  I found my friends, Beth and Marie, cheering for me at mile 5. 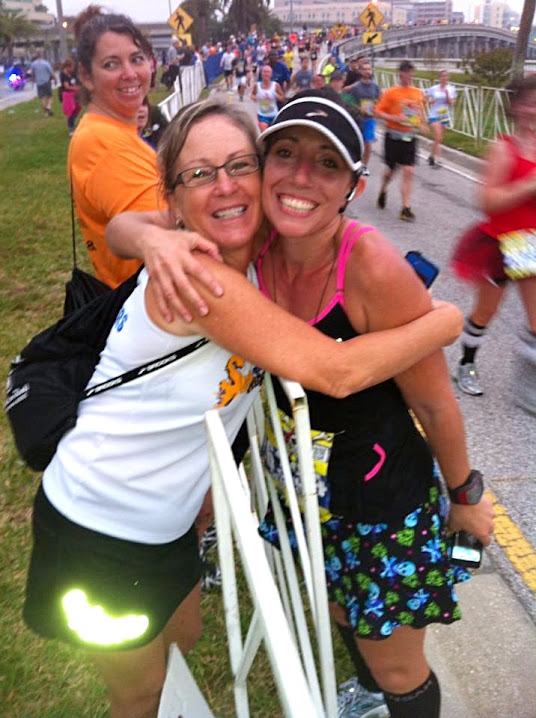 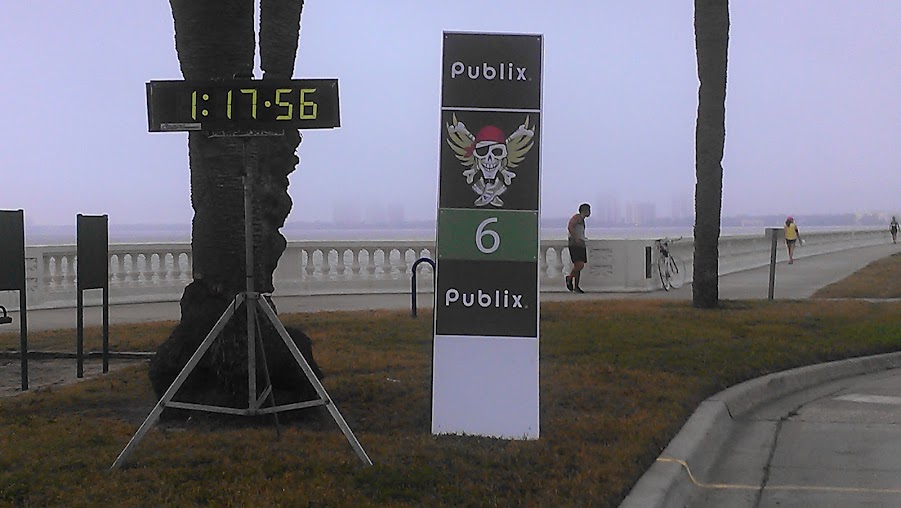 I love running along Bayshore Blvd, but I always forget how incredibly long this part of the course feels.  Thankfully, Heather caught up with me around mile 7, and but then, the sun decided to join to come to the party.  Though the humidity hung around like an uninvited guest, at least the heat stayed away for the first half.

As in previous years, misters cooled off the runners as they ran along Bayshore Blvd.  With the water boiling advisory, I avoided the “shitsters”.  They were as unwelcomed as the heat and the humidity.  I chose to dump Zephyrhills bottled water on me instead. 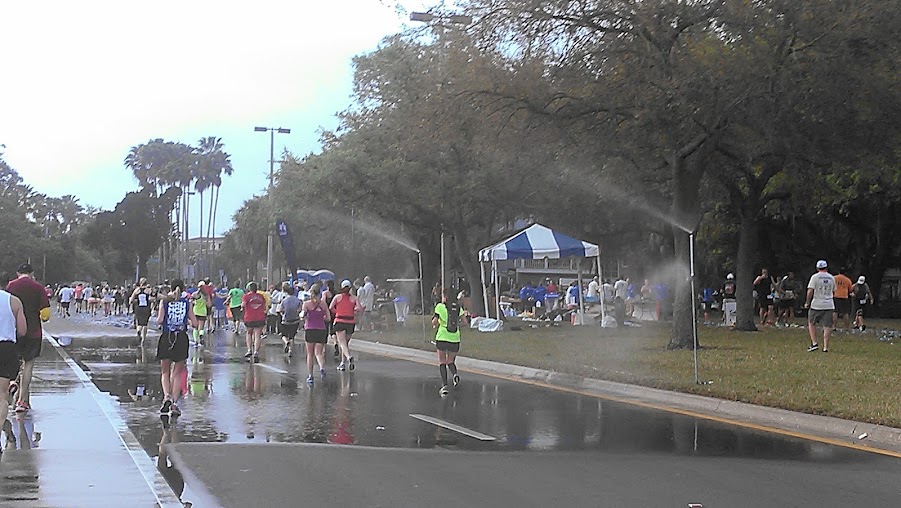 Much like Disney Marathon, I stayed hydrated by drinking water and Gatorade at every water station.  Around mile 8, Jessica of Cuban Running Crisis handed me water.  I couldn’t resist the water and a photo opportunity. 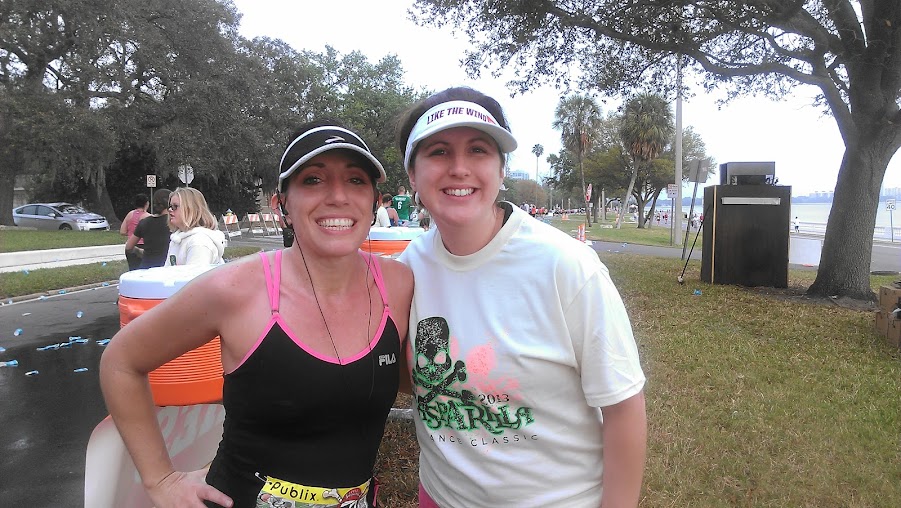 Just a little after mile 9, we turned for the homestretch back into Downtown Tampa.  At mile 10 with only 3.1 miles left to run, I worried that I wouldn’t beat my time from two years ago. 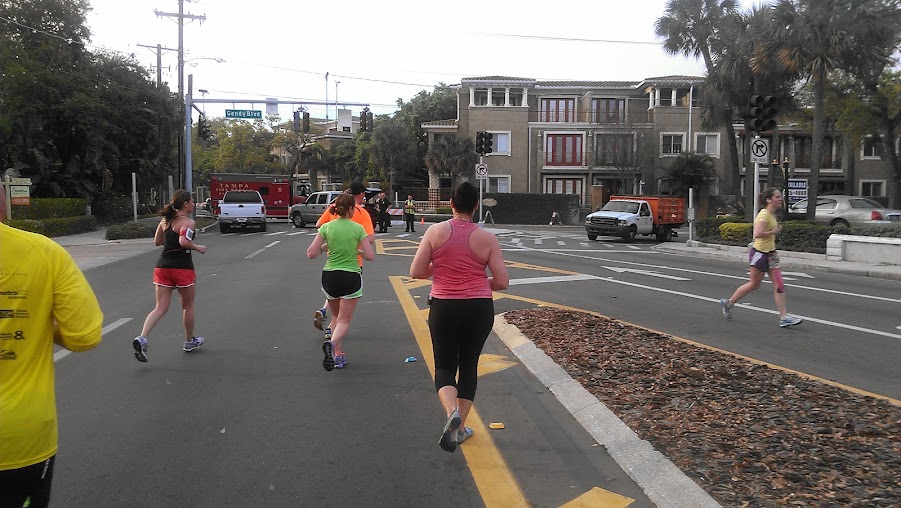 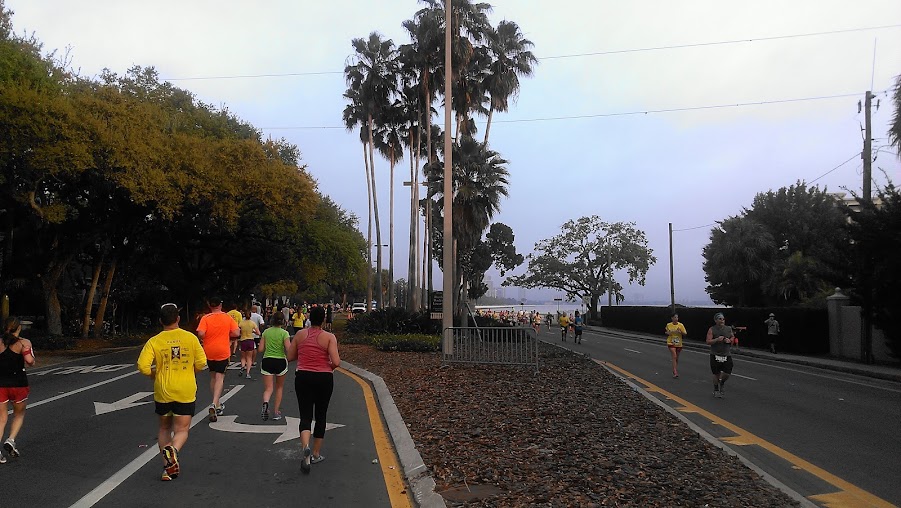 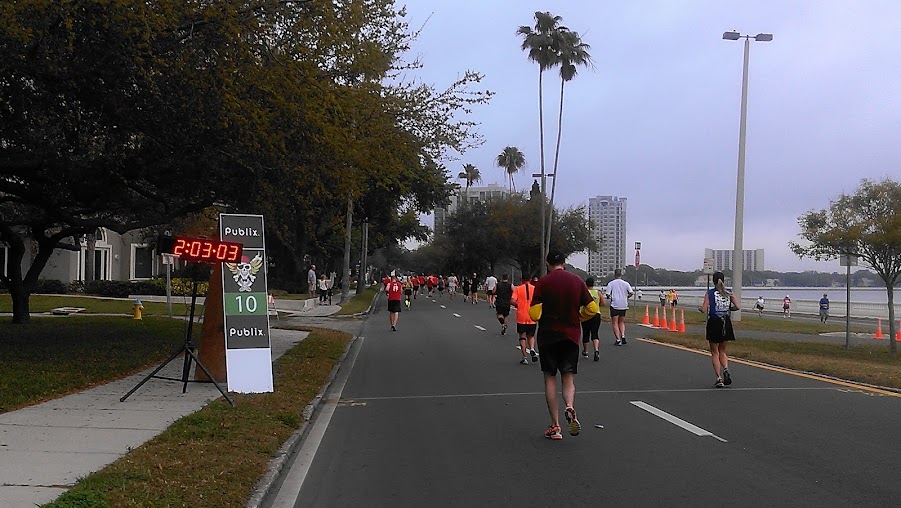 But none of that mattered when I reached the cheering section at mile 11.  A few hundred screaming children cheered and shouted out our names as we ran past.  The sound of their cheers and the sight of their smiling faces brought tears to my eyes.  Hearing hundred of children yelling my name humbled me. 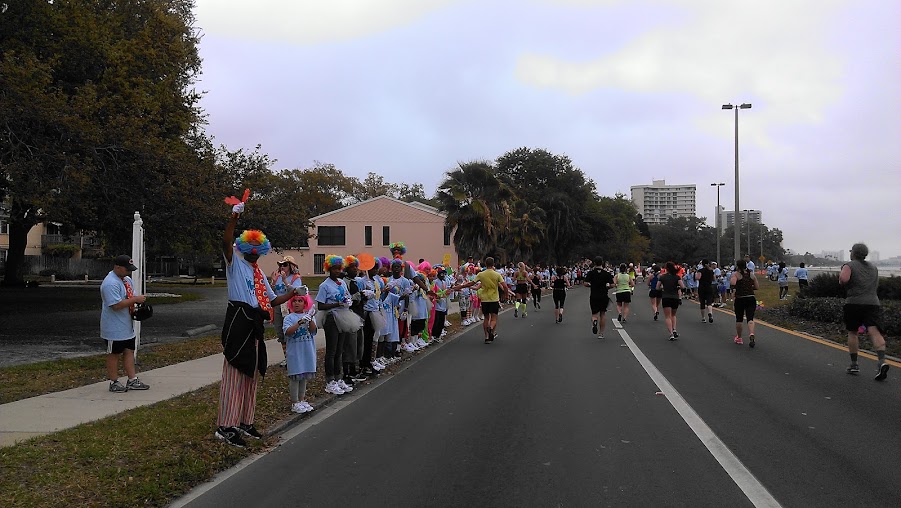 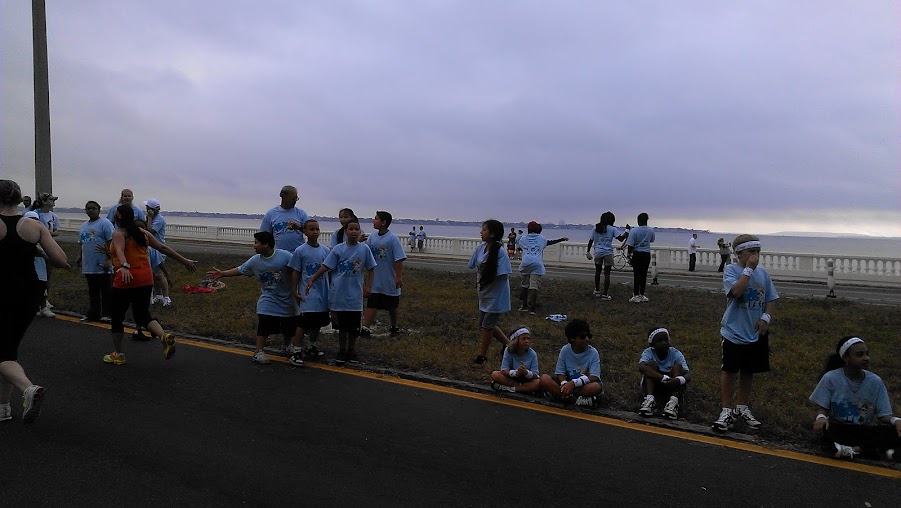 As I stopped to take photos, I hollered back.  “Thank you for being here!  You ROCK!”  Then, I read their shirts and I realized how true those words were.  These children represented the Gasparilla Kids Running Program, a program to encourage kids to stay in school, stay healthy and maintain positive attitudes.  We need more people in the world like these kids! 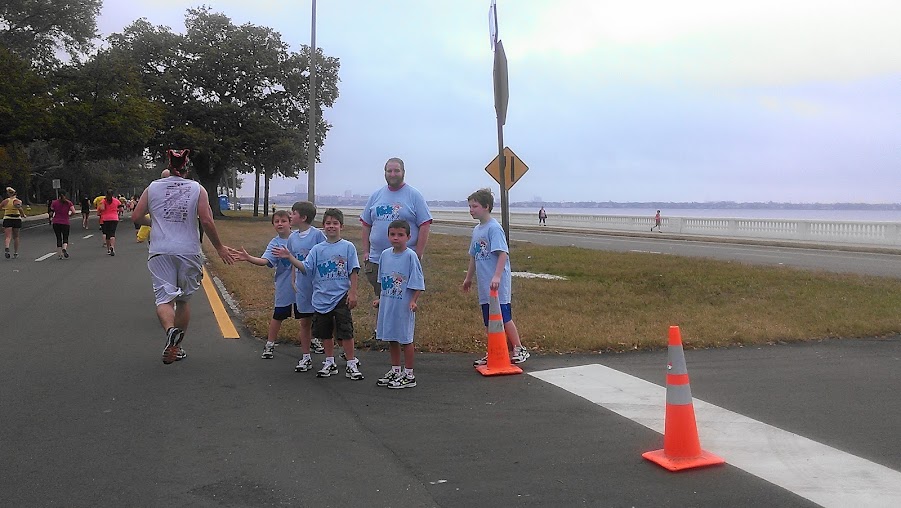 With only two miles left and just inspiration I needed to run, I picked up the pace and concentrated on finishing strong. 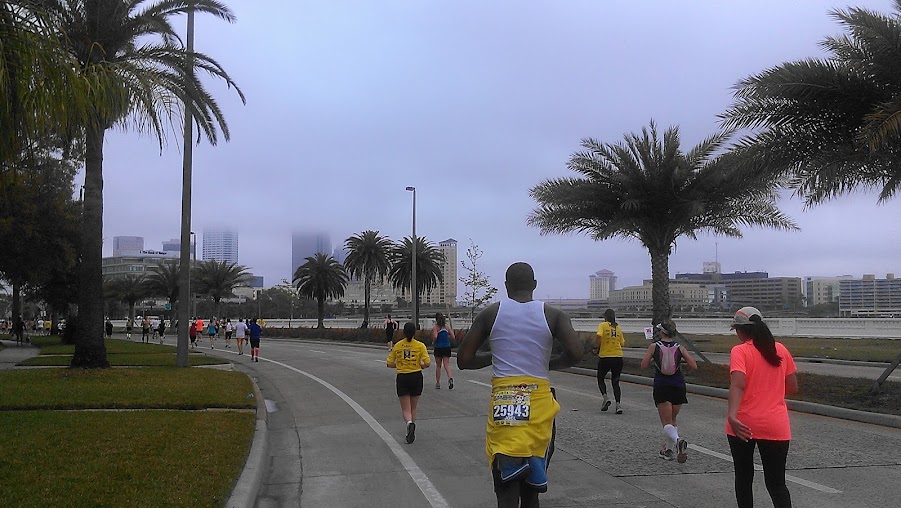 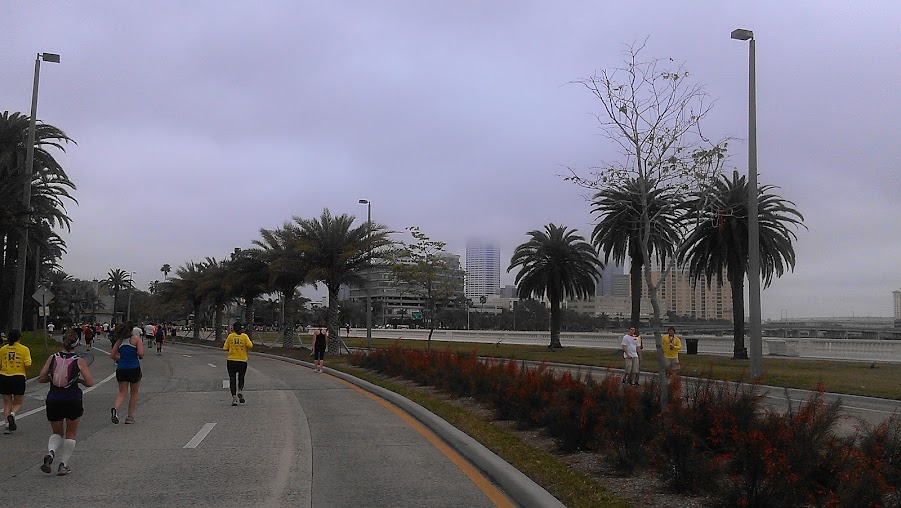 I sprinted with a smile across the finish line… 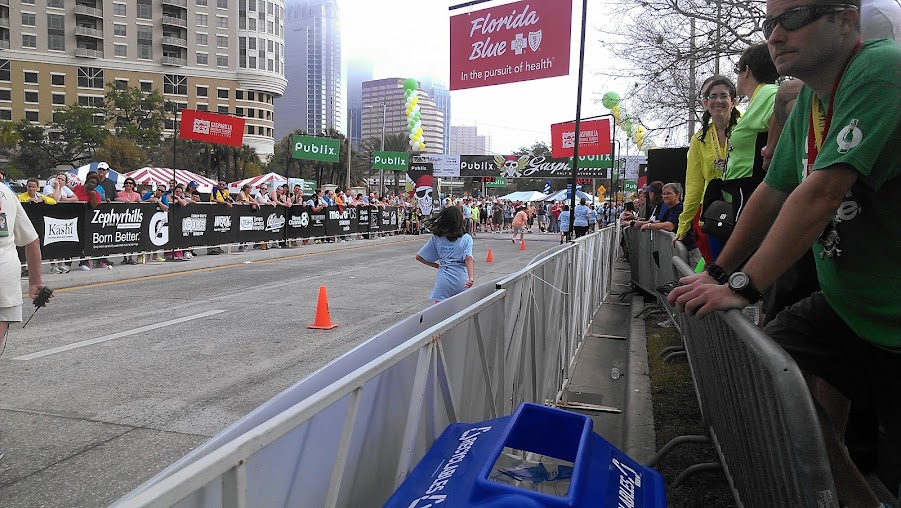 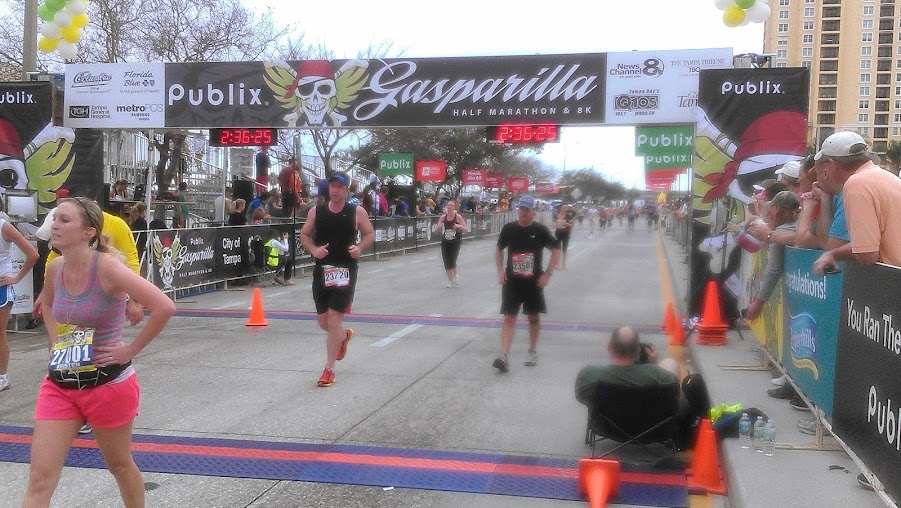 ….and I even beat my Gasparilla Half Marathon time from two years ago by nine minutes.

Of course, I couldn’t leave the race without the traditional finisher’s pirate photo… 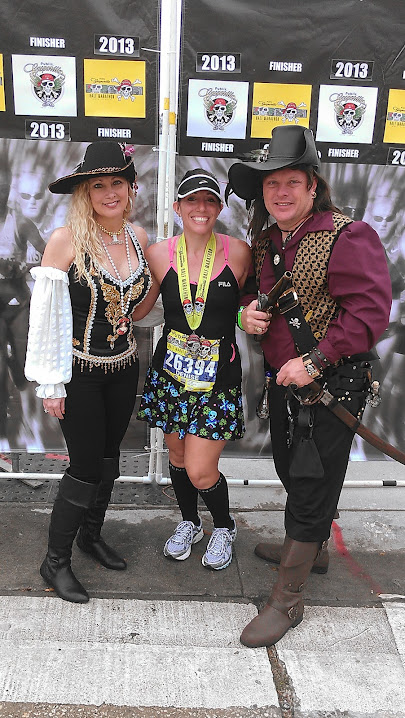 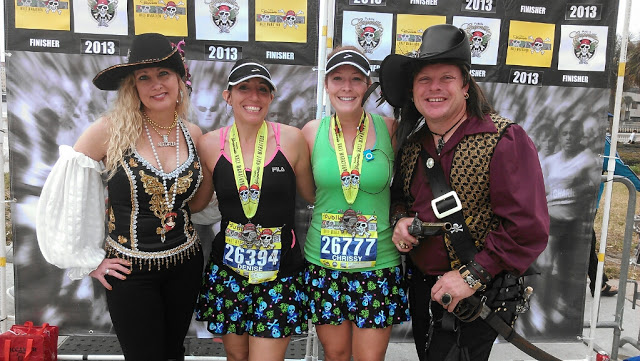 …and a shot in front of the Downtown Tampa skyline…. 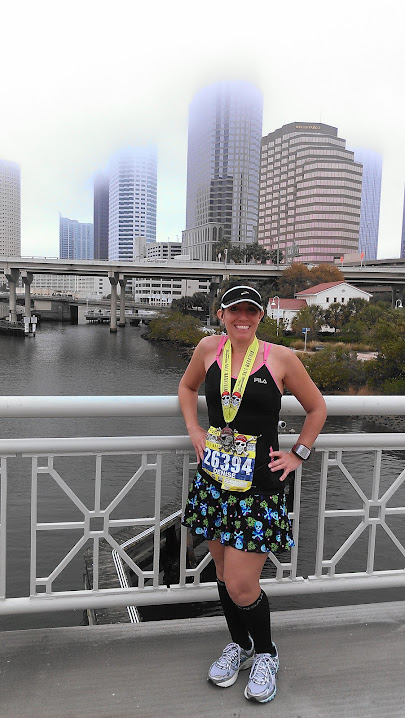 …and a shot with the Best Damn Race gang, Brad, Nick and Beth. 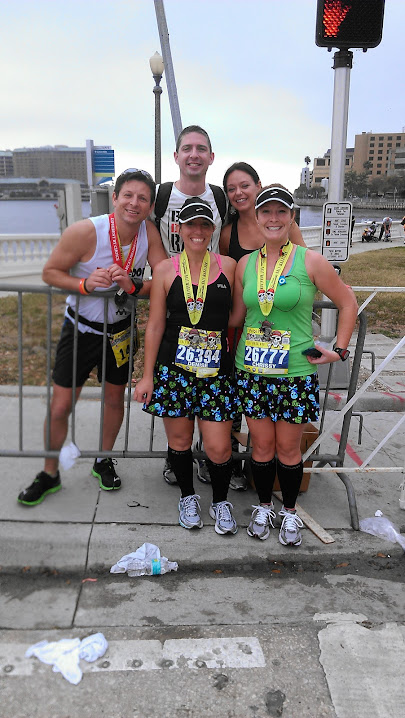 Chrissy PR’d by one minute and by doing so, she missed Marie on the course, but we had our Kodak moment after the race. 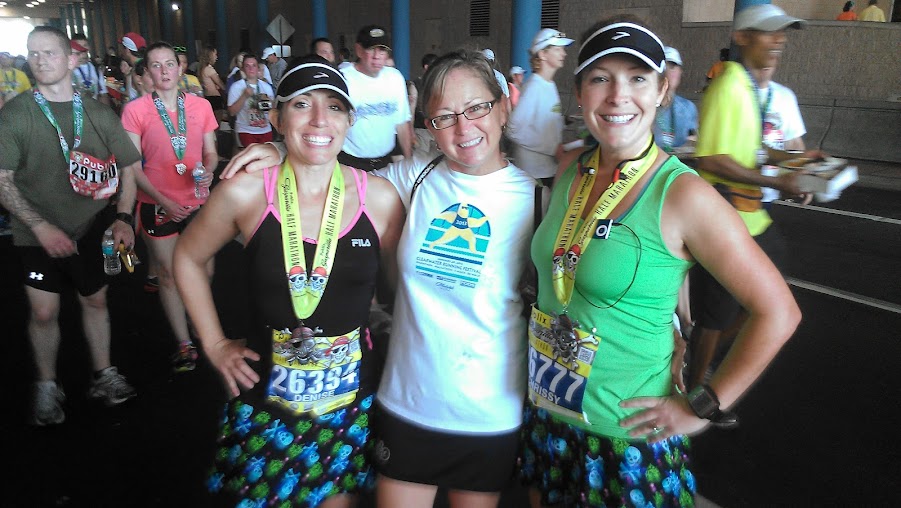 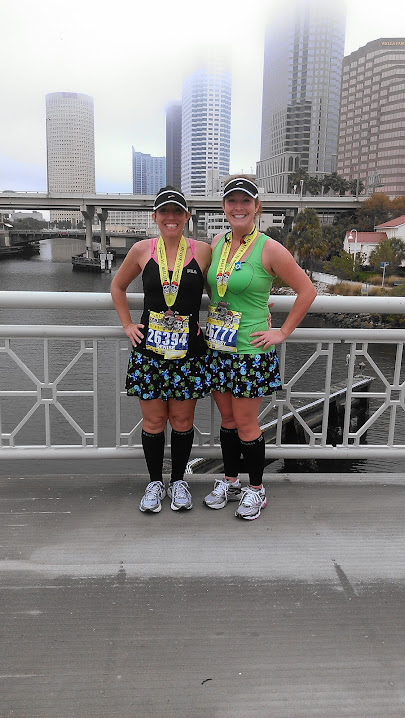 Heather finished a few minutes after me and Jenny finished around 3 hours. 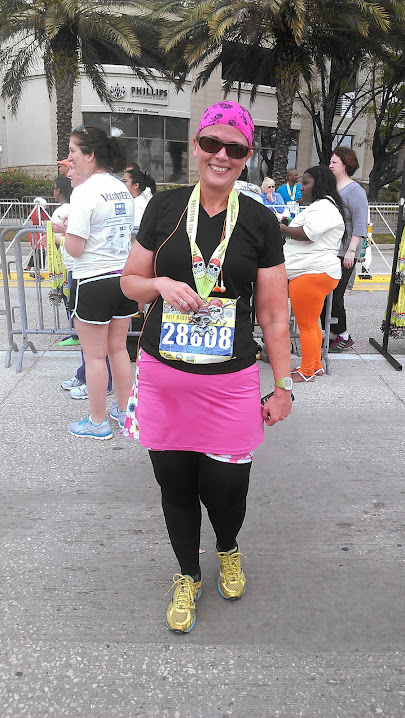 Despite the heat , we all sailed through another successful Gasparilla race. 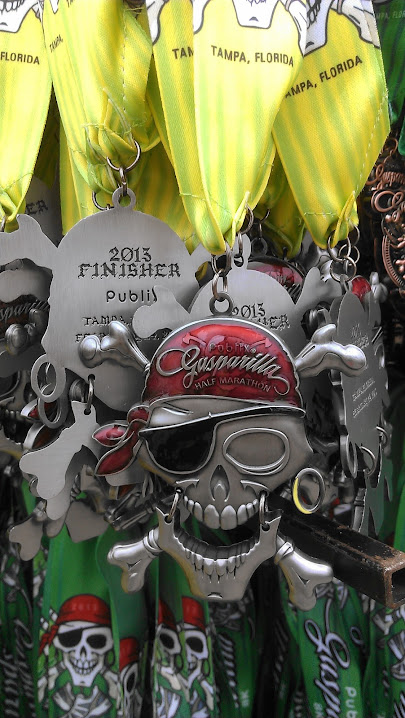