At the ripe old age of three, Little Lion Man finally understands the concept of trick-or-treating.  Knock on door and in a very cute way say, “Trick-or-treat!”  It also helps to look absolutely adorable in an airplane costume.  You get extra candy for being ridiculously cute. 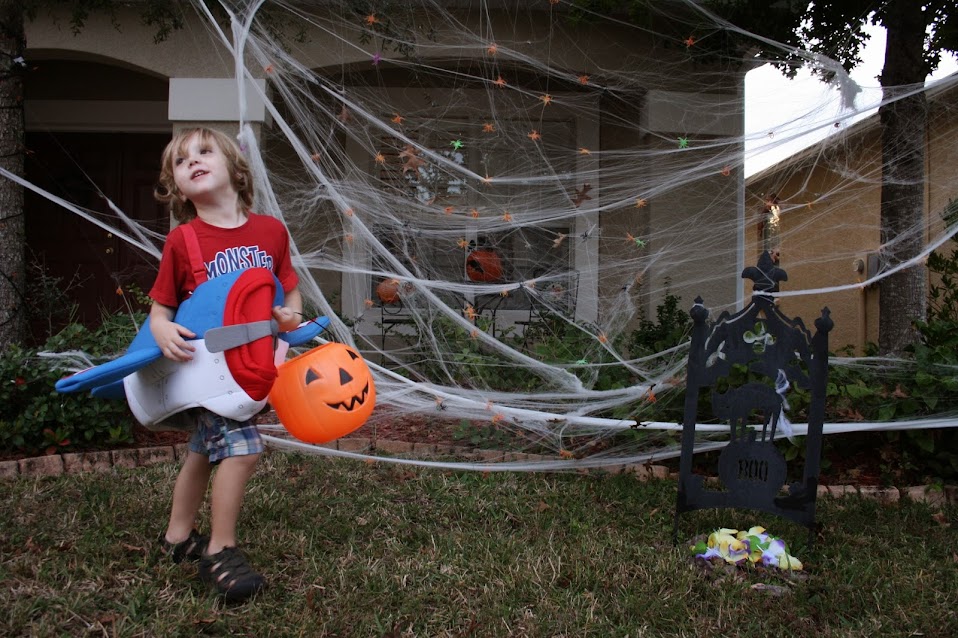 Yes, Little Lion Man worked the Halloween system.  He’s a very wise three year old.  Now if only we can have him to pose for photos or to stop saying “CHEESE” with a grimacing smile. 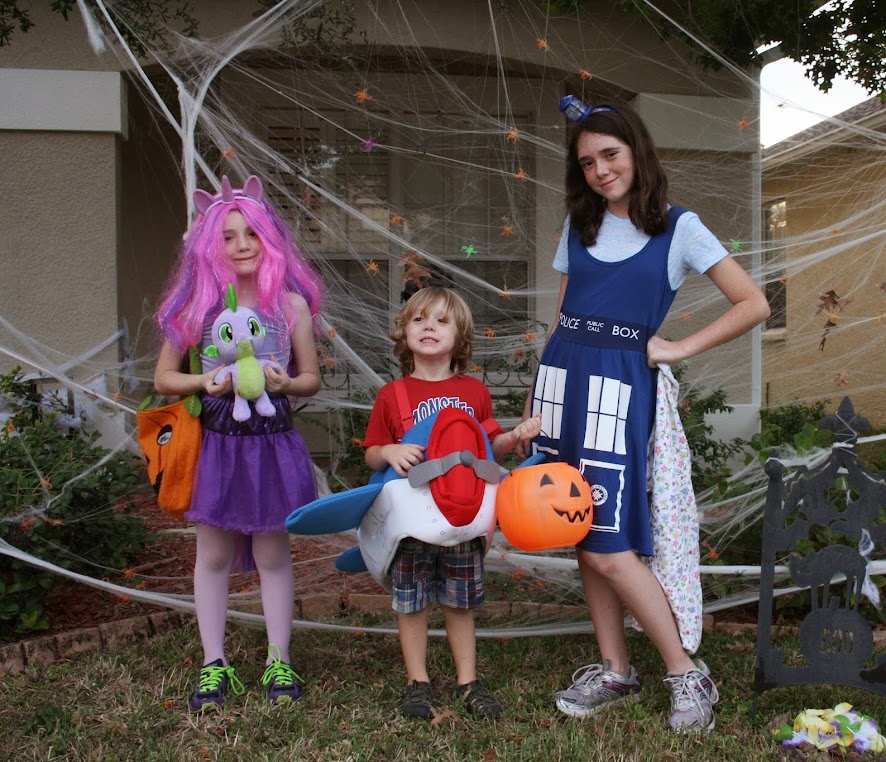 This year, Halloween had an added bonus at preschool.  Liam strolled through the halls with his preschool and high school teacher friends to trick-or-treat.  They visited classrooms where other high school students teachers offered candy to all the tiny trick-or-treaters. 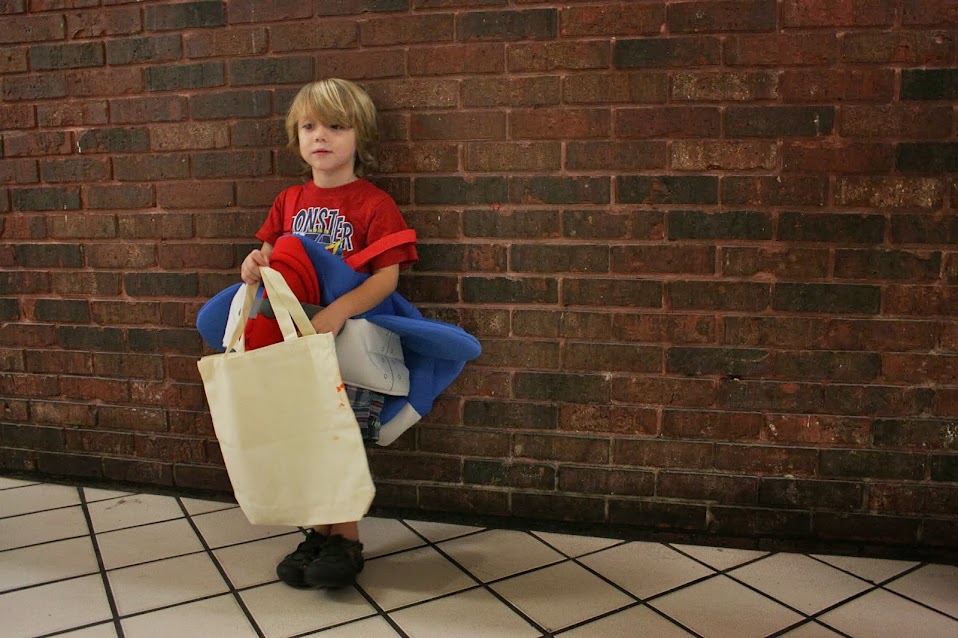 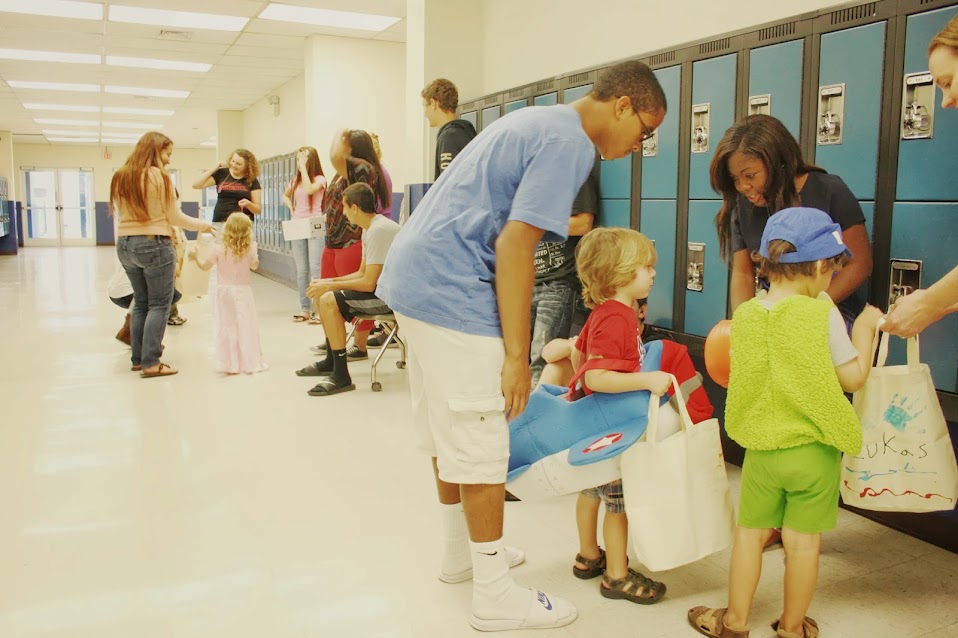 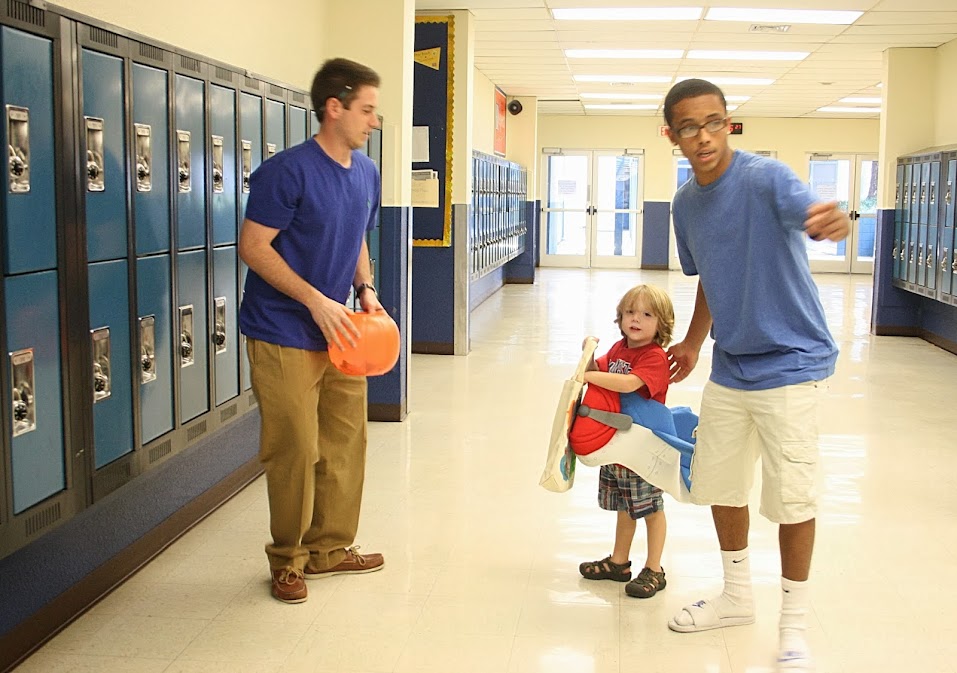 My clever Little Lion Man attempted to explore rooms off the trick-or-treat route for extra candy. 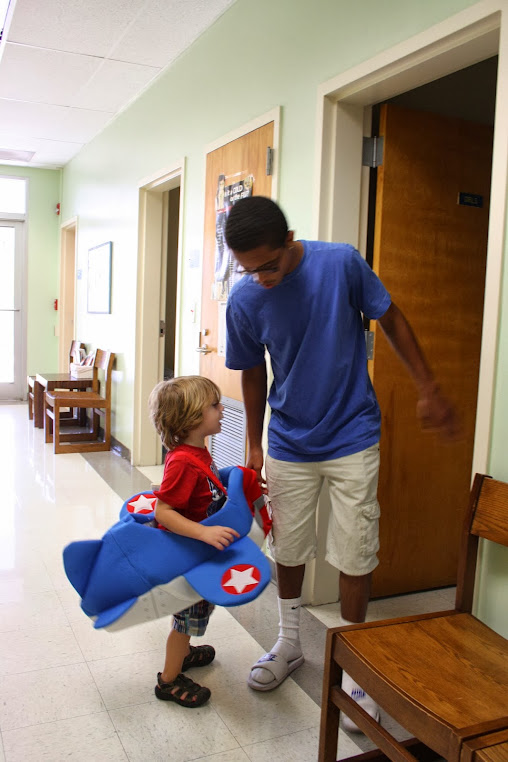 After preschool, we visited his sister’s school for the annual character costume parade.  There we found our own purple My Little Pony Emmalynn galloping by as Twlight Sparkle.  Middle school students don’t participate in the character parade which made a little sad to think our little preteen big sister, Allana, missed out on the fun. 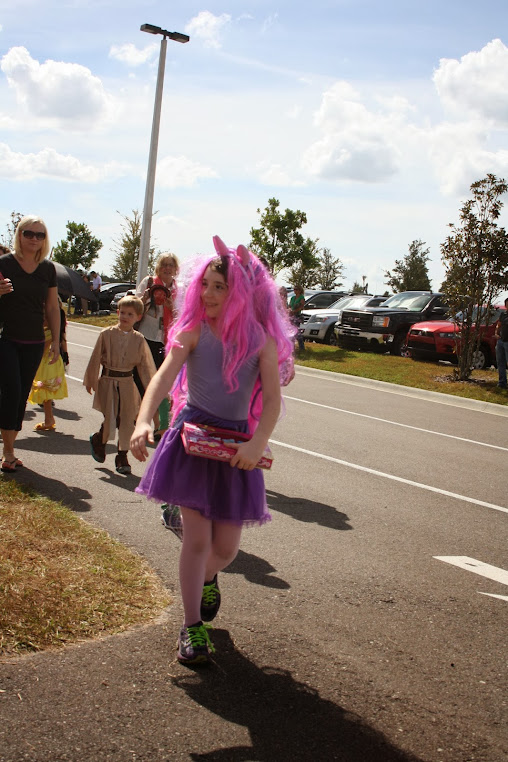 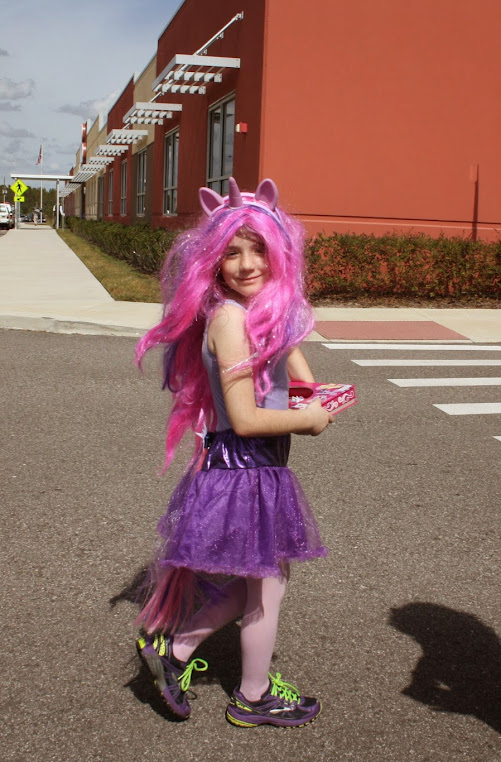 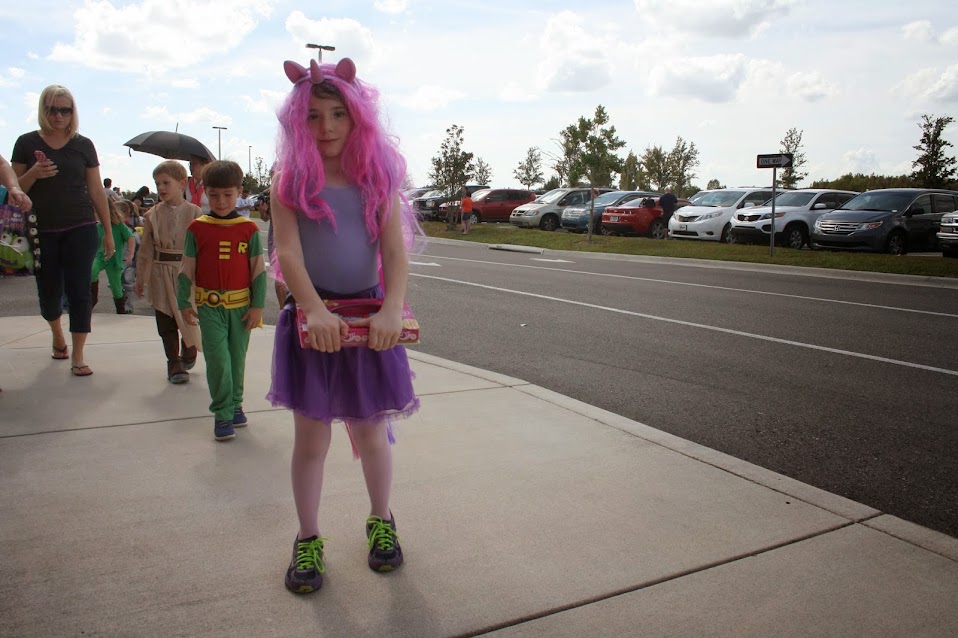 At the start of the character parade, someone released balloons.  We’re still not sure if that was an accident or to kick off the fun. 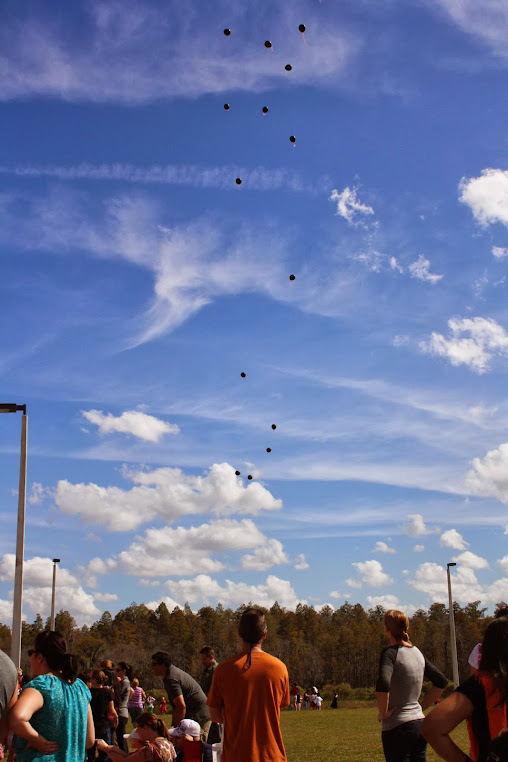 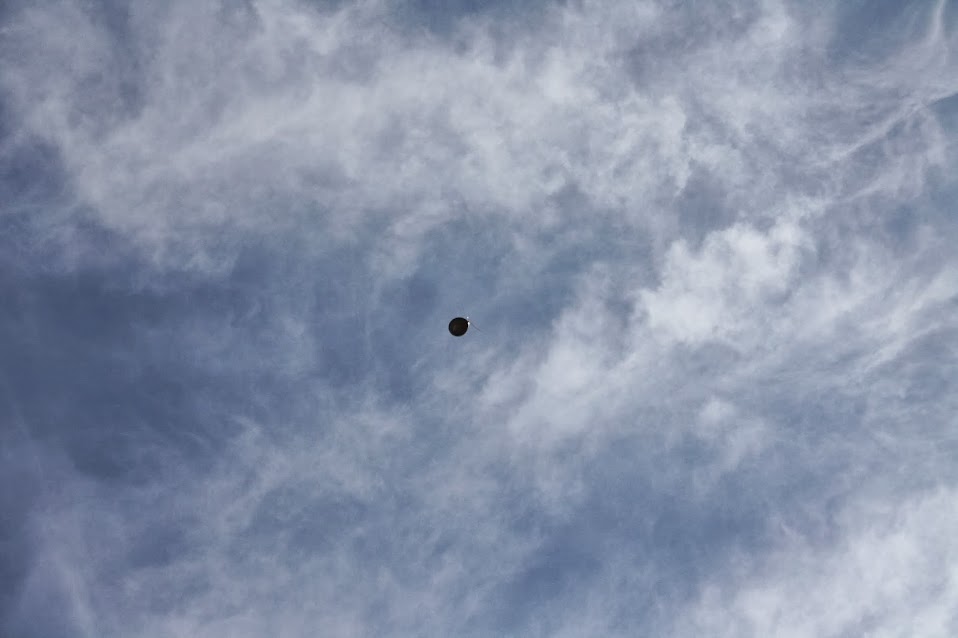 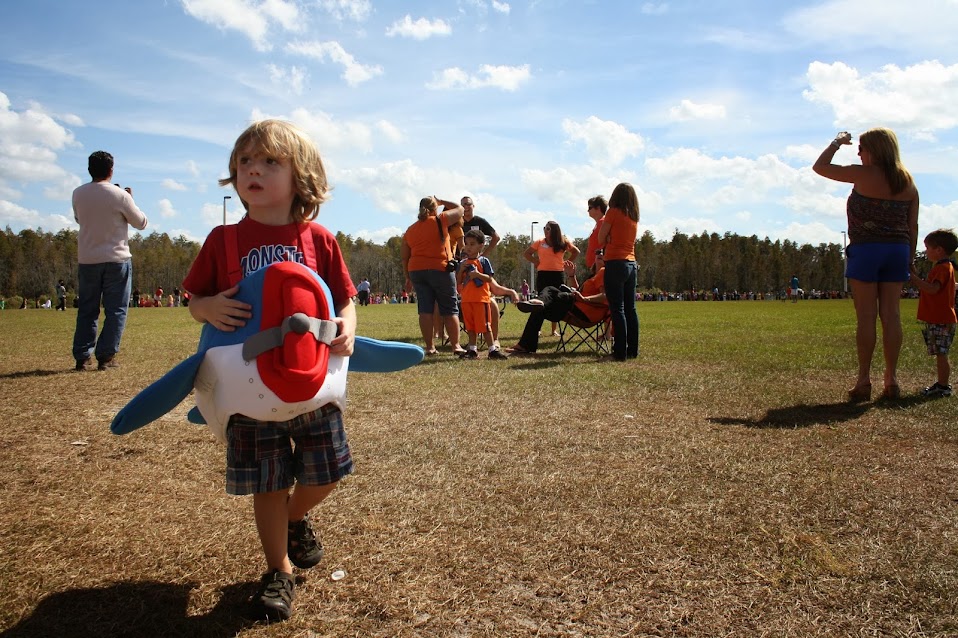 Later that night, we hit the streets for the real trick-or-treating.  Emmalynn tossed the wig and Allana decided to use a pillowcase for her loot bag, because “that’s what all the teenagers use.”  Yes, she’s all grown up.  She’s too old for character parades and too old for plastic pumpkins. 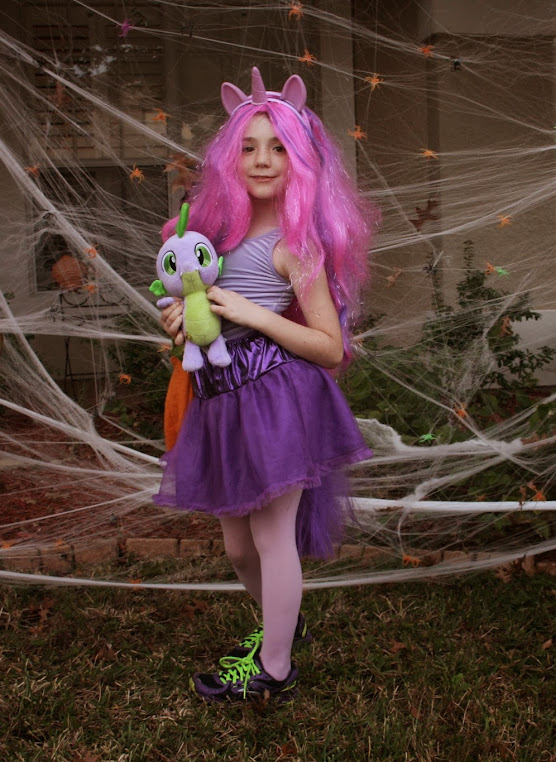 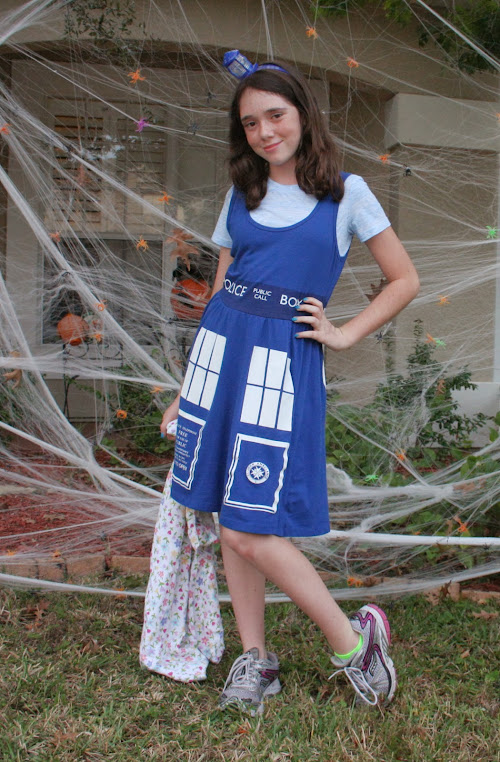 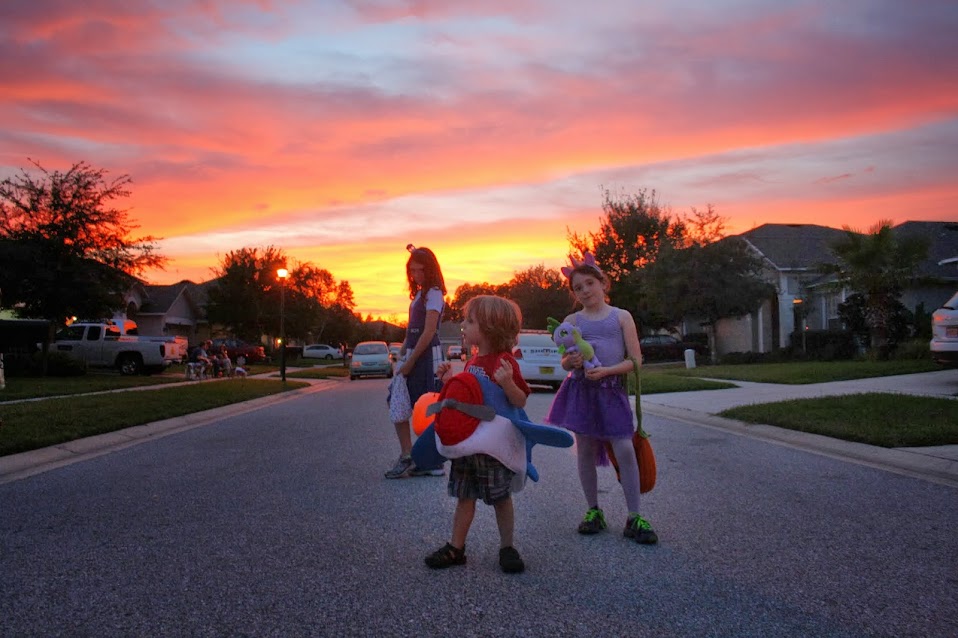 While out walking through our neighborhood, our TARDIS found her Doctor.  “You’re the 10thDoctor!”  We all shouted at the poor unsuspecting teen as he strolled past us although he was thrilled that we recognized his costume. (Notice his pillowcase.) 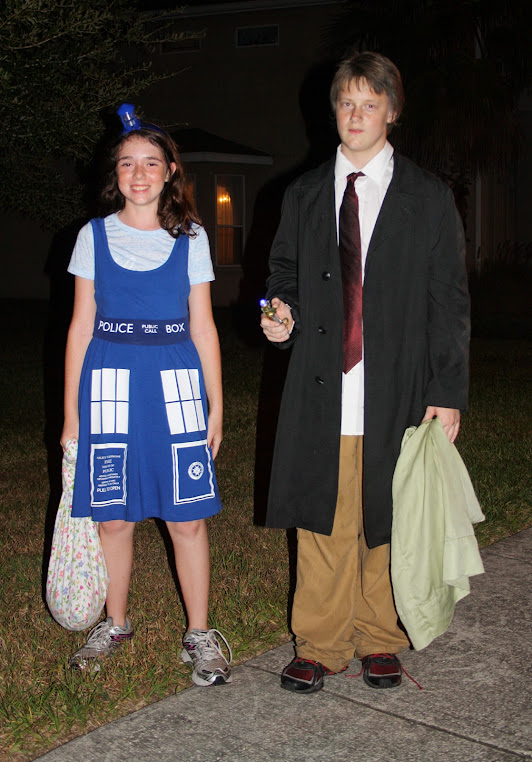 “You’re the TARDIS!  So cool!”  Allana said finding Doctor Who while trick-or-treating was “the coolest pre-birthday present ever”.  I’m glad I could deliver that.

After our brief encounter with The Doctor, it was time for us to head home and inspect our precious.  Of course, my kids scored soda and mountains of candy trick-or-treating. 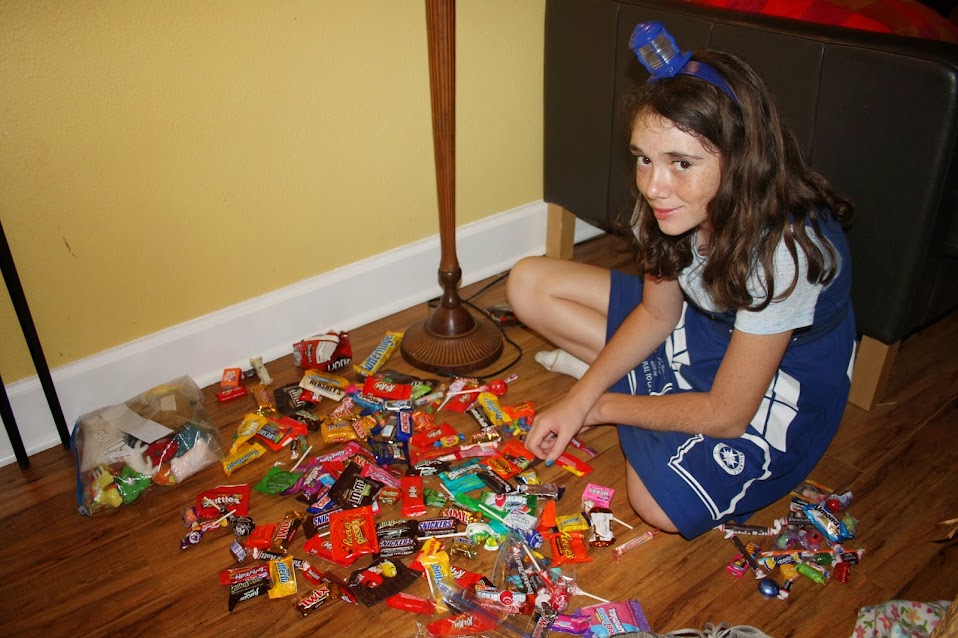 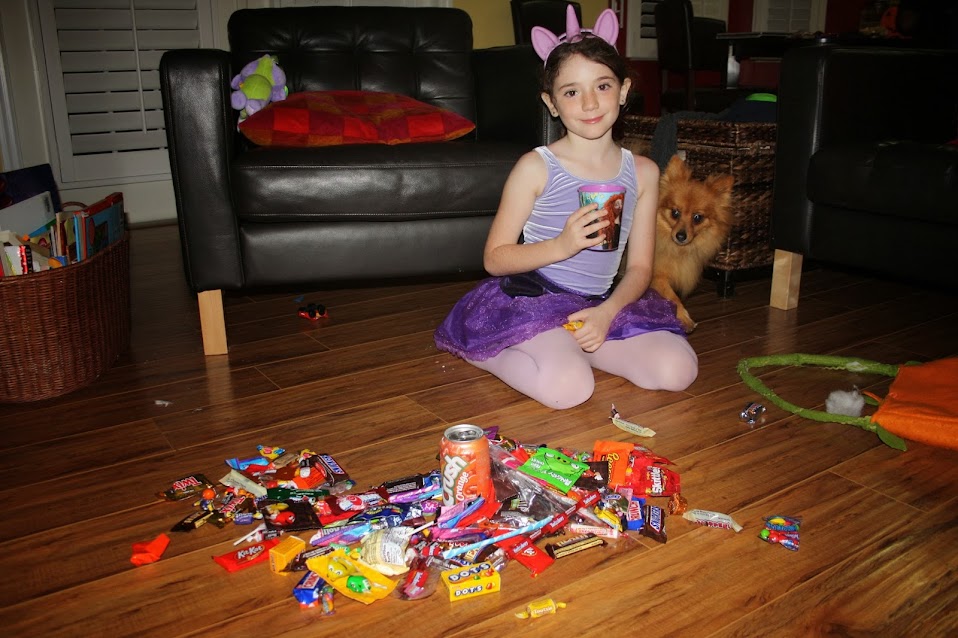 I have to agree with my kids.  It really was the cutest, coolest Halloween ever. 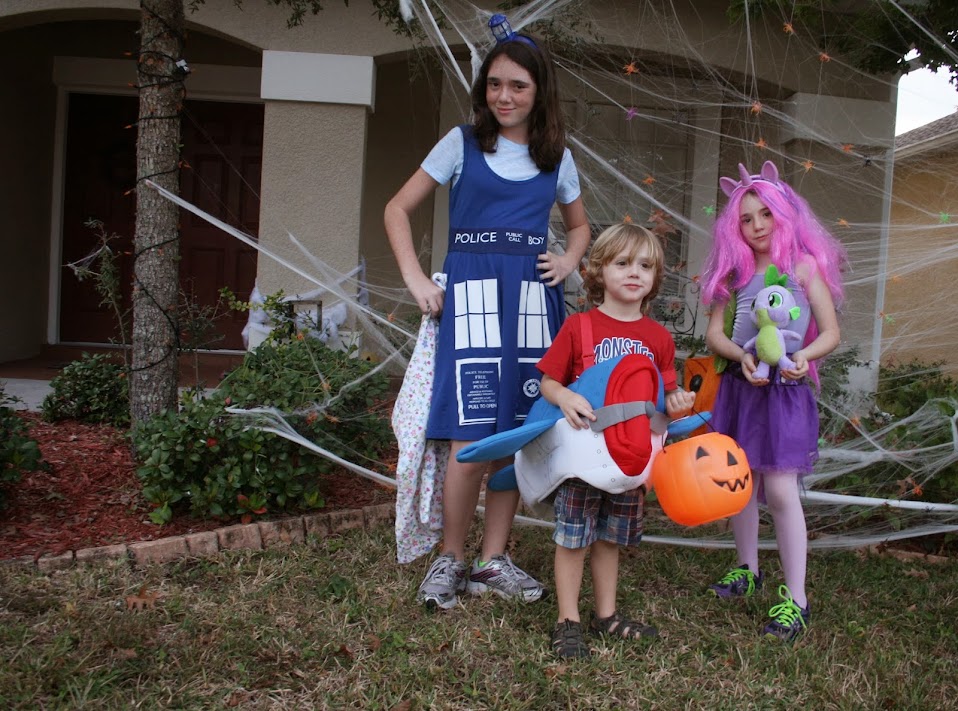 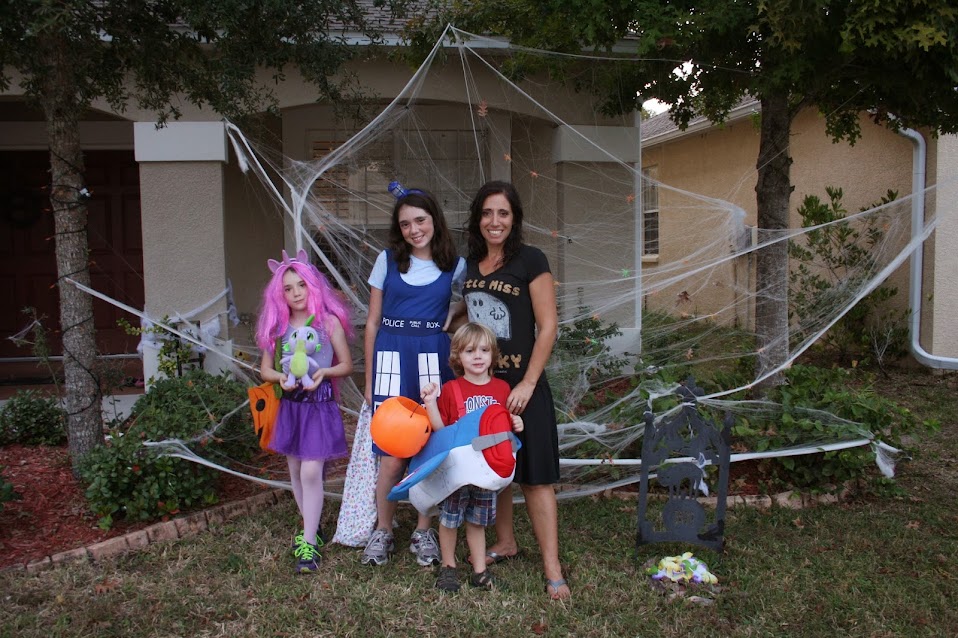