I cannot believe that a whole school has flown by! It seemed like just yesterday I dropped my Little Lion Man off for his first day of preschool. 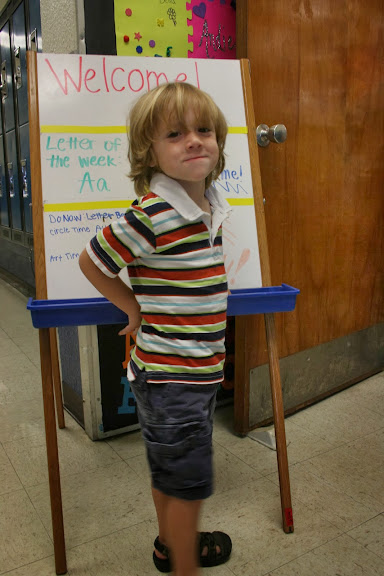 In the beginning, I had such guilt about my baby attending part-time preschool. Months later, now I have guilt about changing preschools in the fall for a center closer to home. 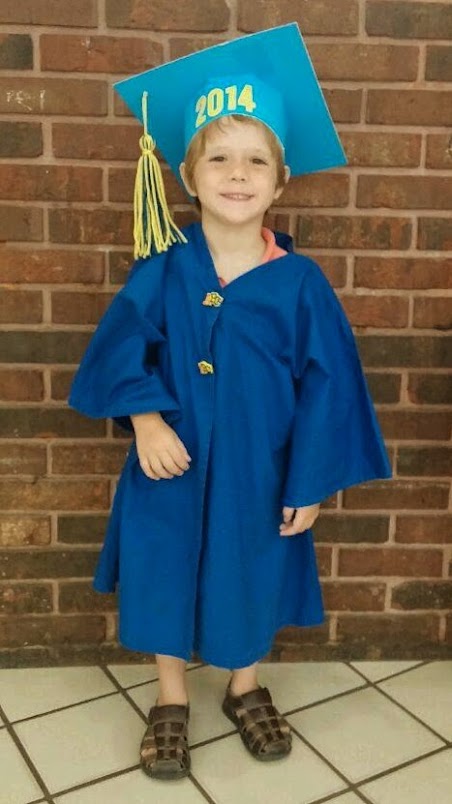 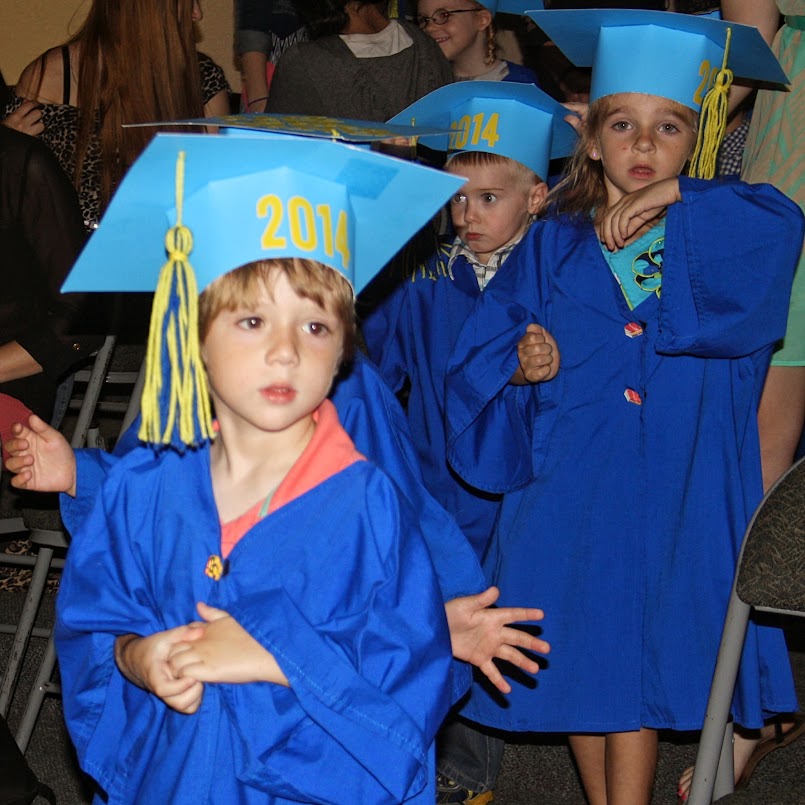 For the graduation ceremony, the high school students who operate the preschool made each child their caps and gowns. 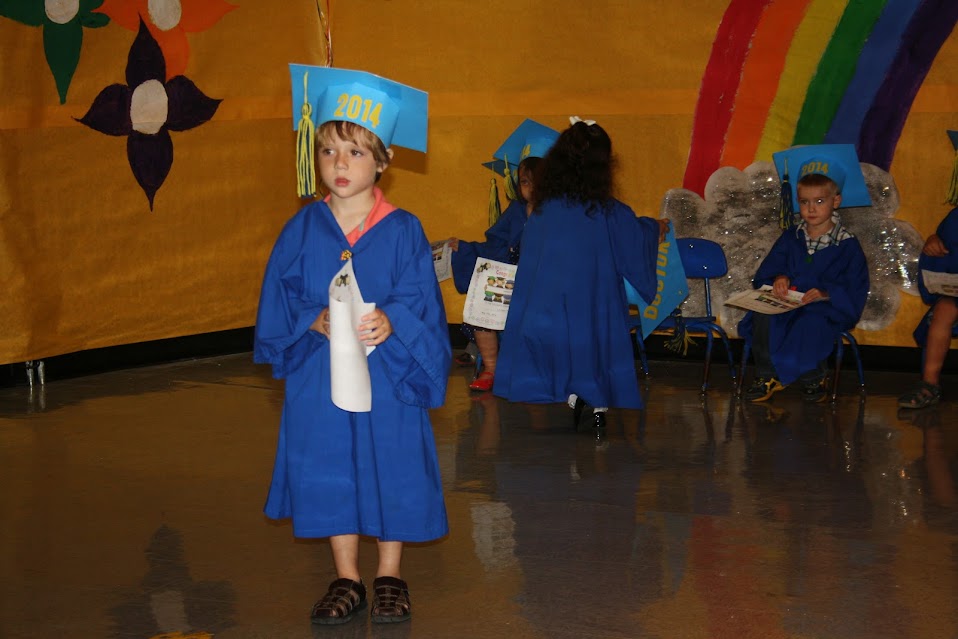 The tops of the mortar boards named what each child wanted to be when they grew up. Titles like “mermaid”, “mom”, “teacher”, “spaceman”, graced the top of the caps, but Little Lion Man chose to “Firefighter”. 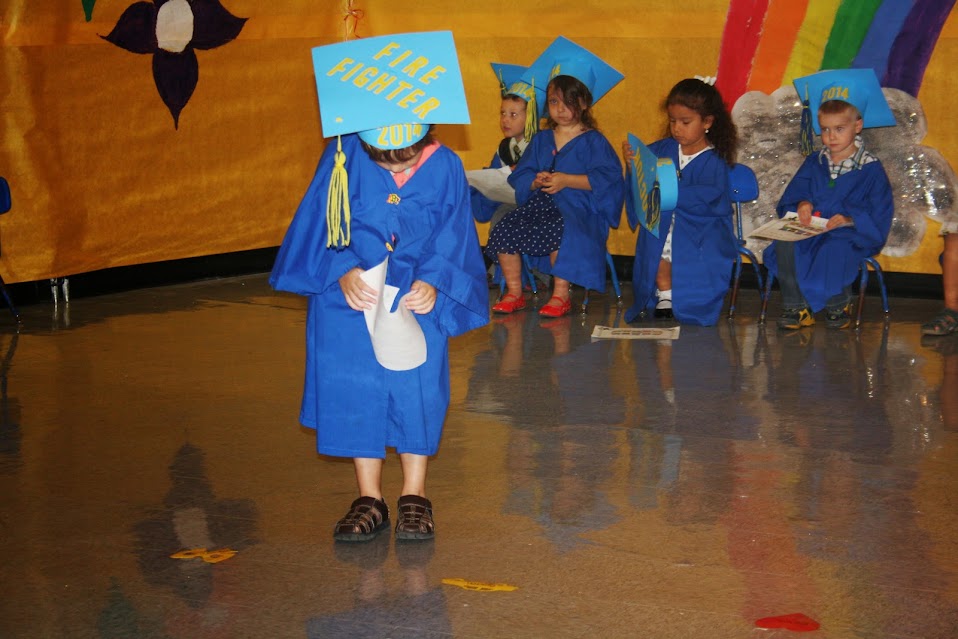 This small ceremony also honored the graduating high school seniors who spent several years devoting so much love and time into running the program. 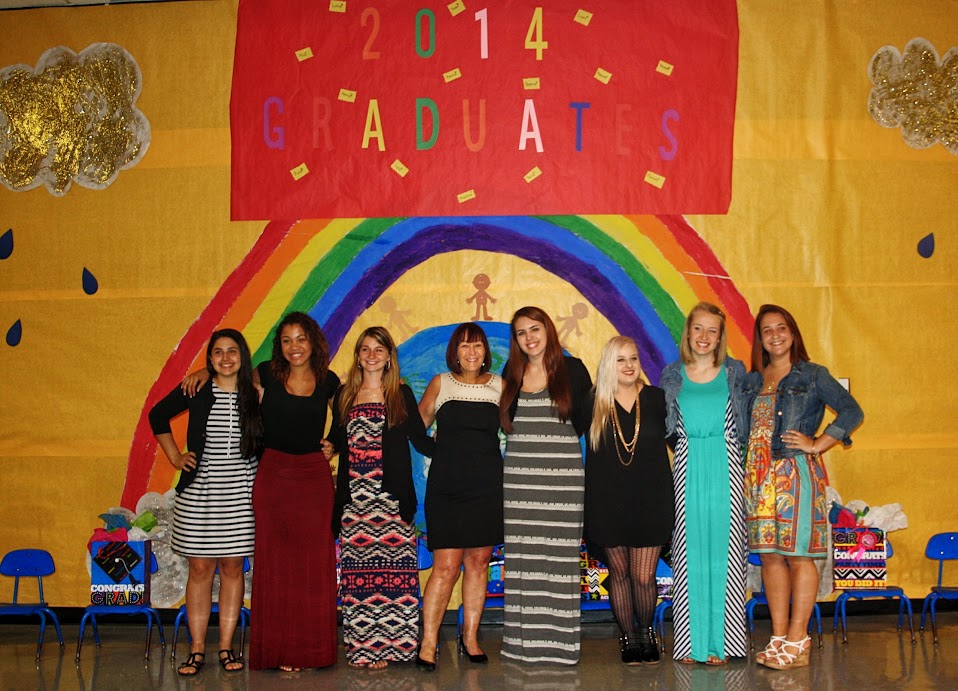 During the reception, the teachers also handed out superlatives and named Liam “best dressed”, which made me giggle. It must be his surfer blonde locks that earned him that award. 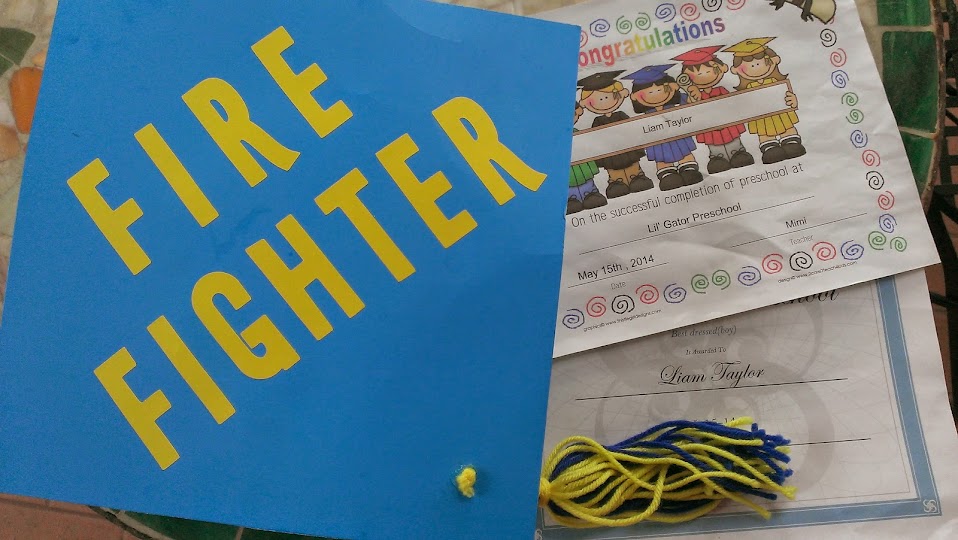 As part of the ceremony, the children sang a song which has been sung at all three preschool graduations. Hearing this song again so many years after Emmalynn’s graduation gave me such a lump in my throat.

But it was the scrapbook full of Liam’s crafts and photos throughout the year that brought on the real waterworks. 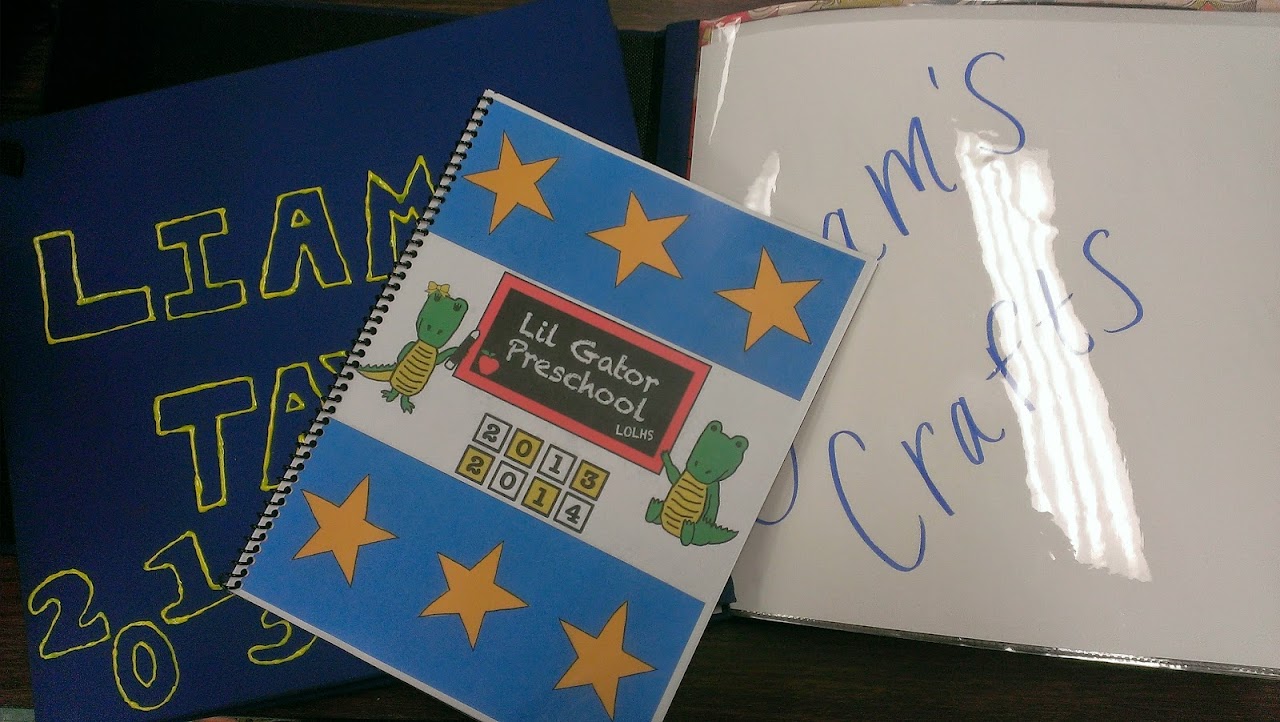 We will truly miss Little Gators preschool, the many memories and the many blessings it brought us. 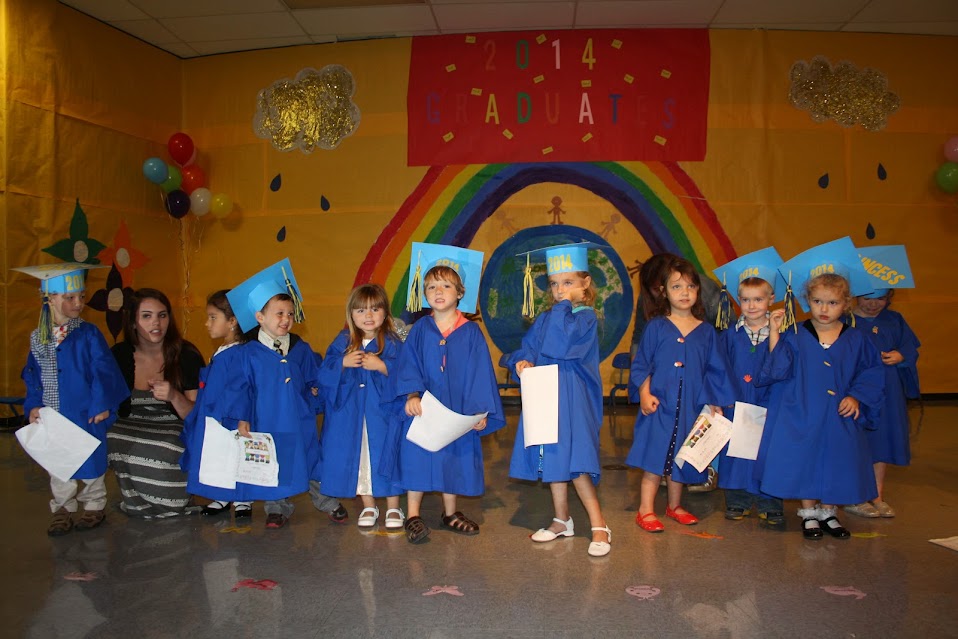