When I learned about the Women’s March on Washington, I felt such a tug in my heart to be there. As an LGBT ally, a mom, a sister and a strong independent woman, I needed to be there among nearly half a million women. Although a local march happened here in St. Pete, I wanted to be part of something bigger than me – a movement. I wanted to send a loud and clear statement to this administration and I felt being in Washington D.C. would send a bold message. 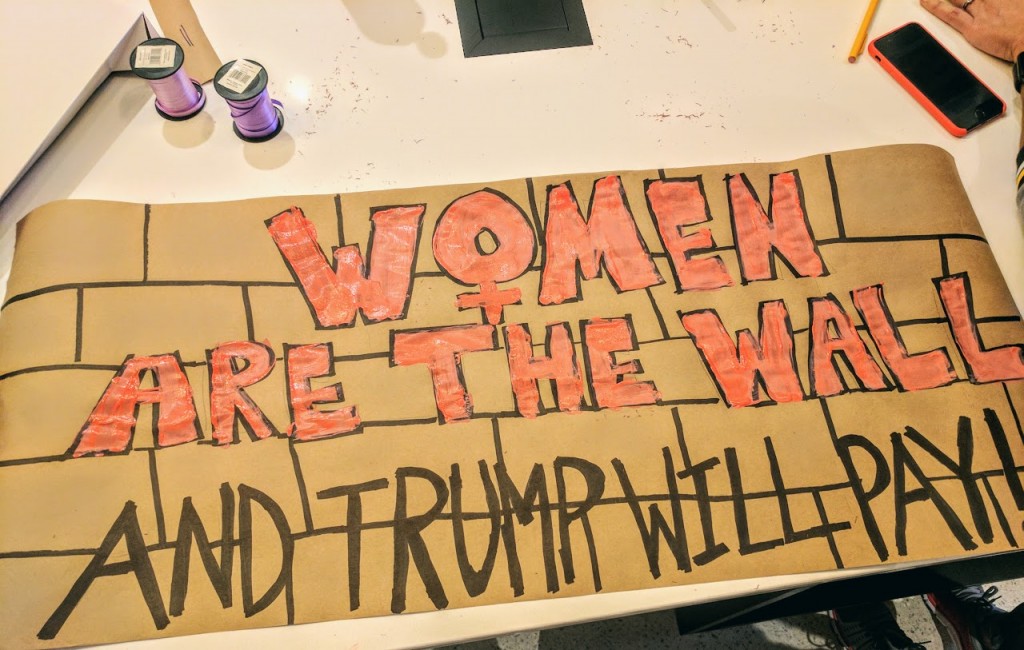 Since November, my heart has been aching. I have felt so sad. It had nothing to do with politics. Well, maybe a little. But, no matter what side of the aisle you fall on, we were all screwed by the American dream of this fantasy we have been spoon-fed for so long of a “democratic process” to elect our officials. This “democratic process” that our Suffragette Sisters died to give us are now causing those women to spin in their graves over the fact that we elected a man who has said shameful things and contributed to a racist, rapist culture. 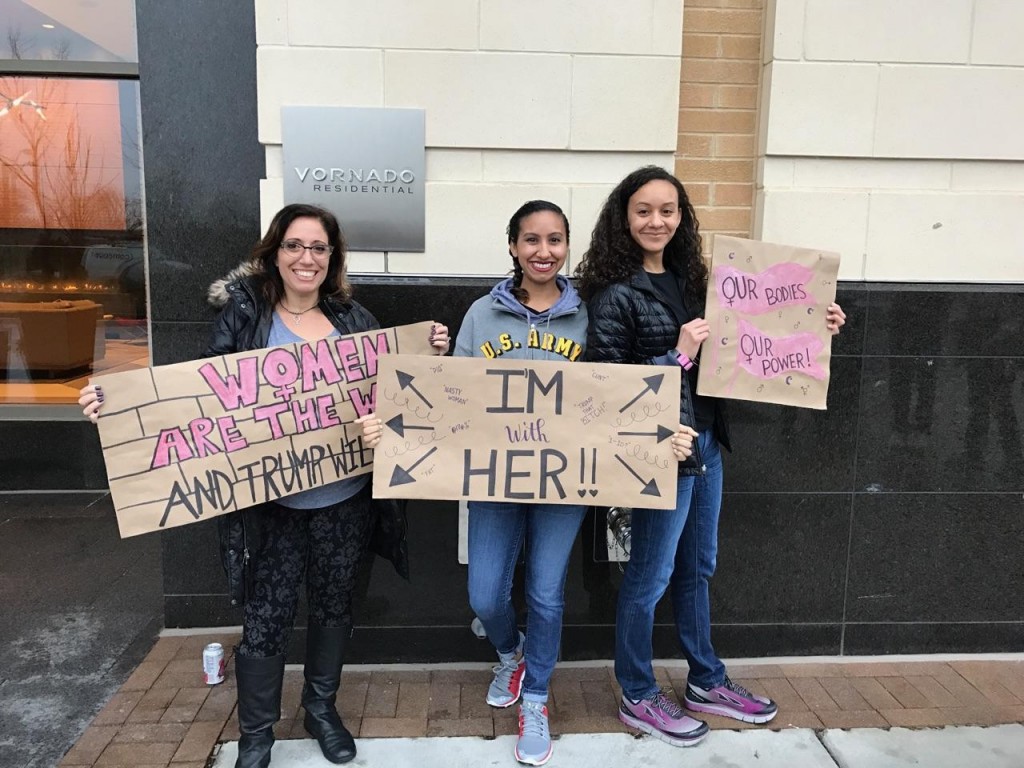 Much like voting or signing a petition, I felt the Women’s March of Washington was my civic duty and I felt blessed to have the opportunities before me to make this political journey possible. It wasn’t a picnic in the park or a girlfriend weekend away. The entire process was grueling and exhausting. 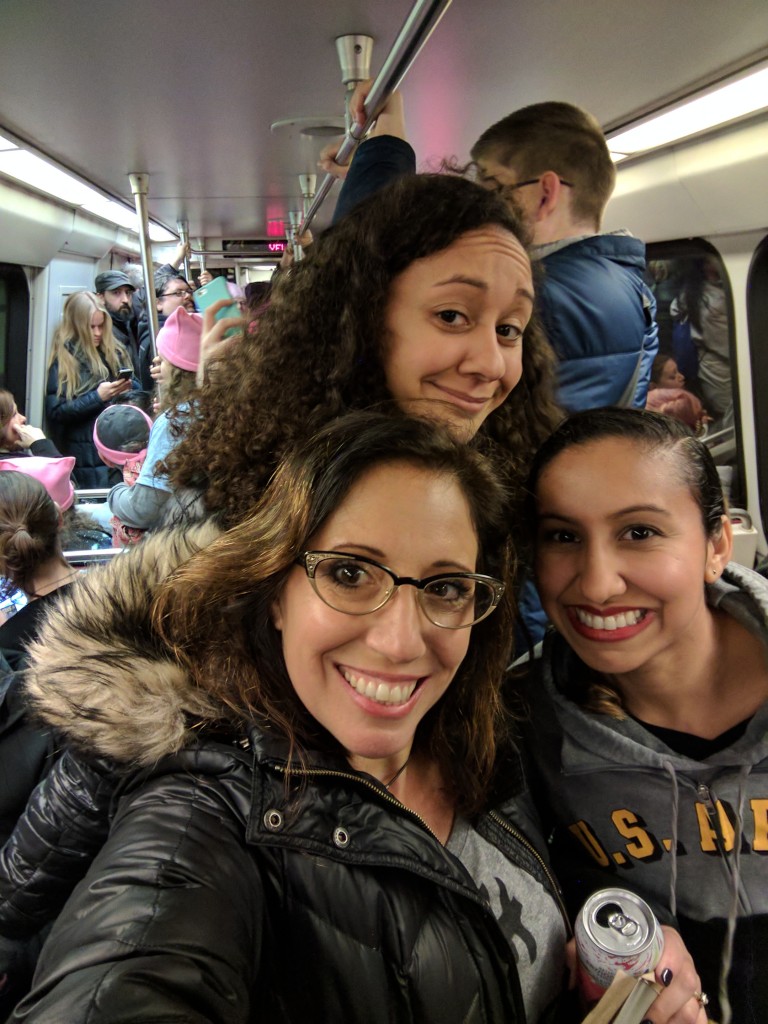 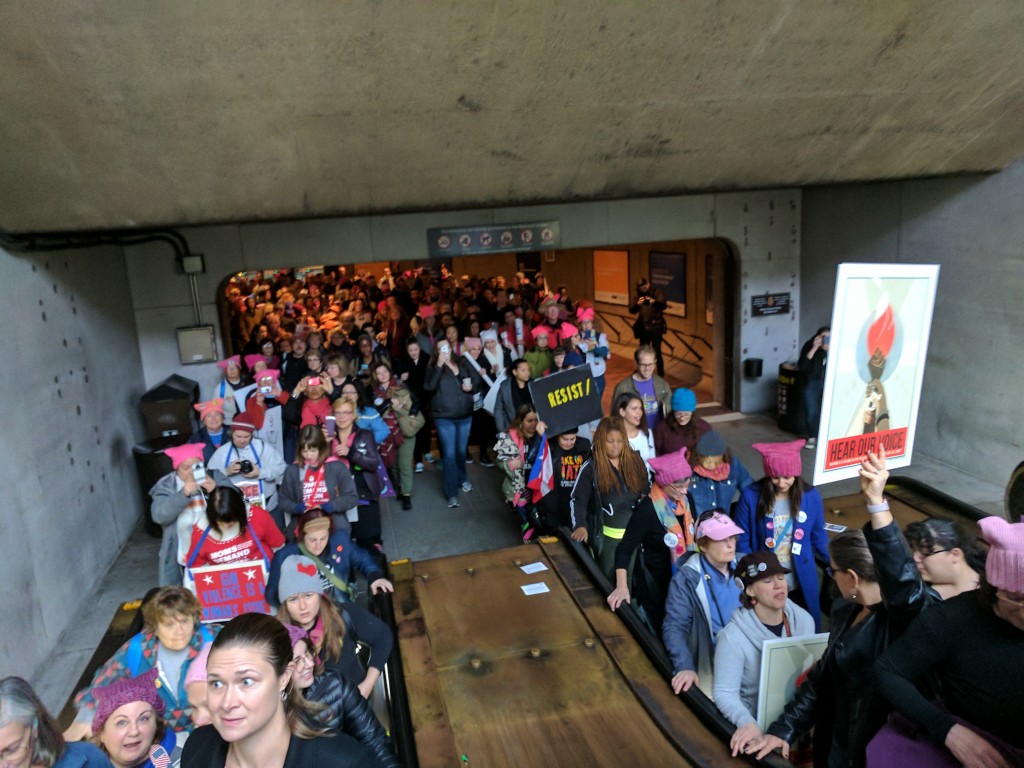 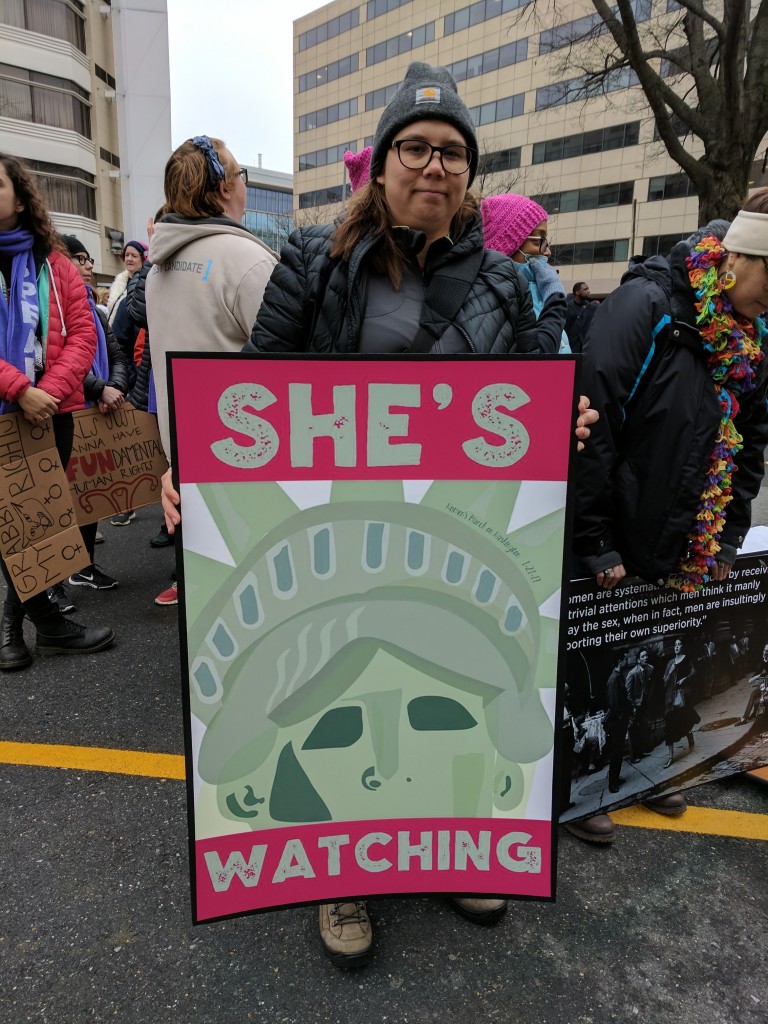 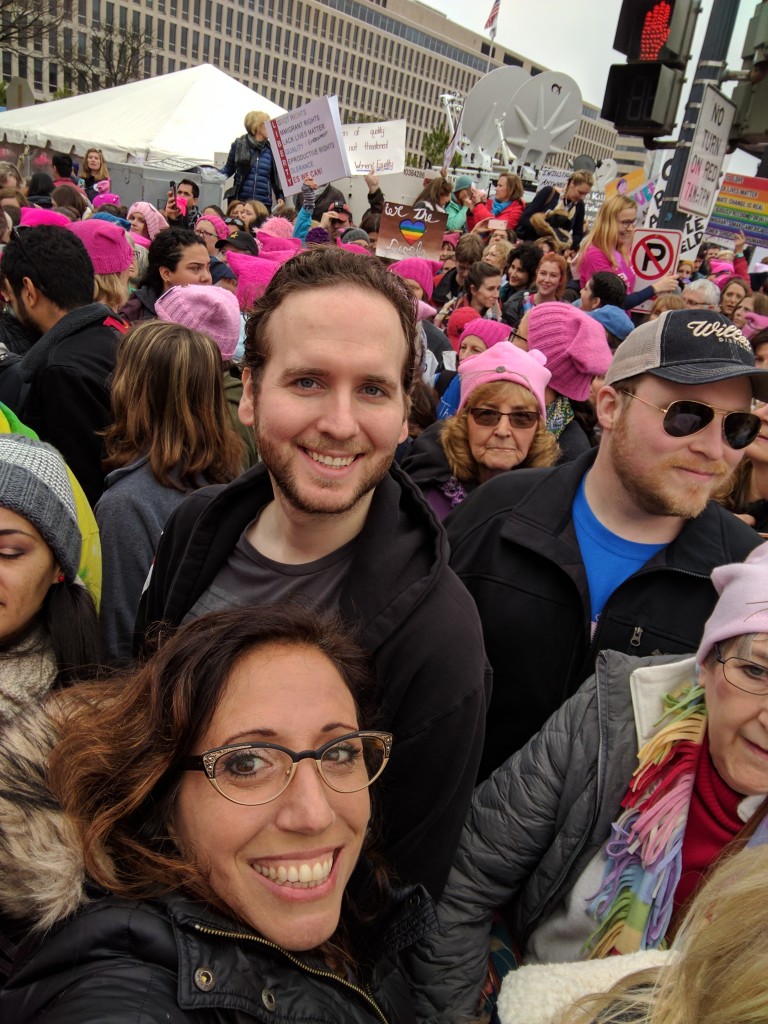 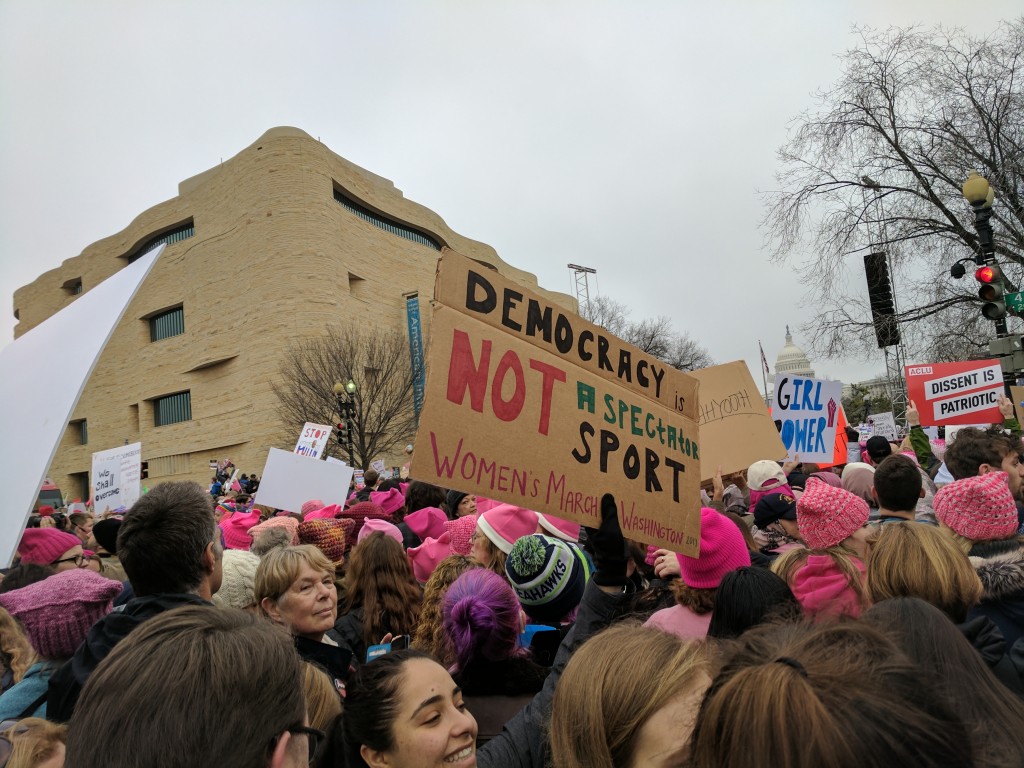 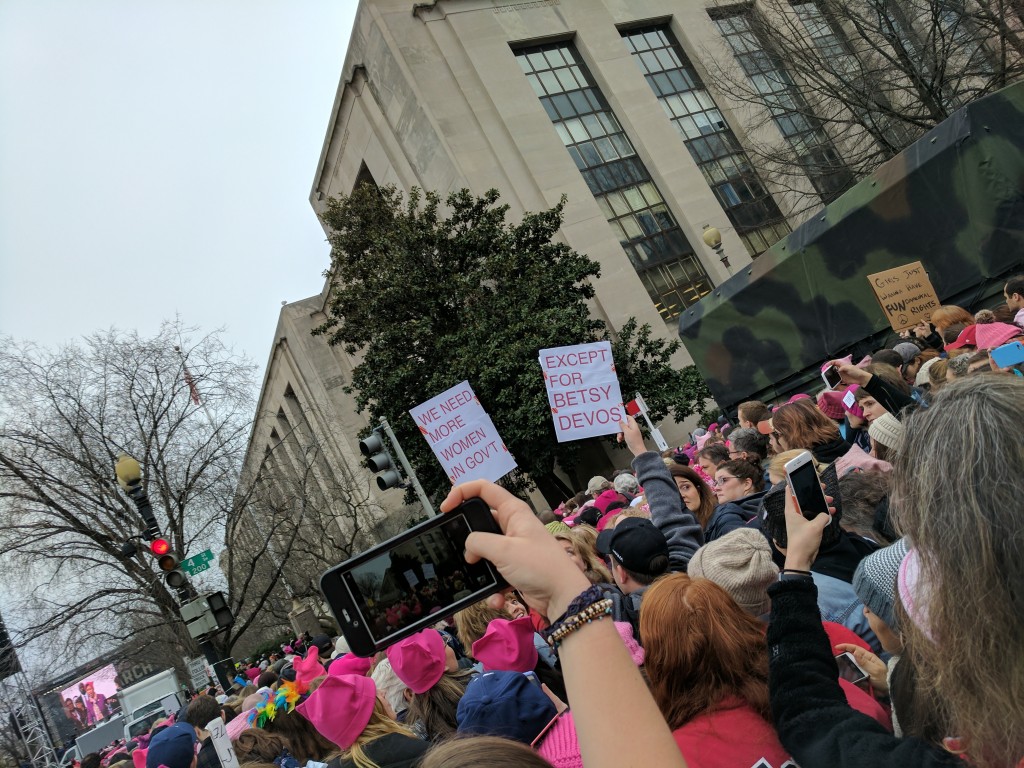 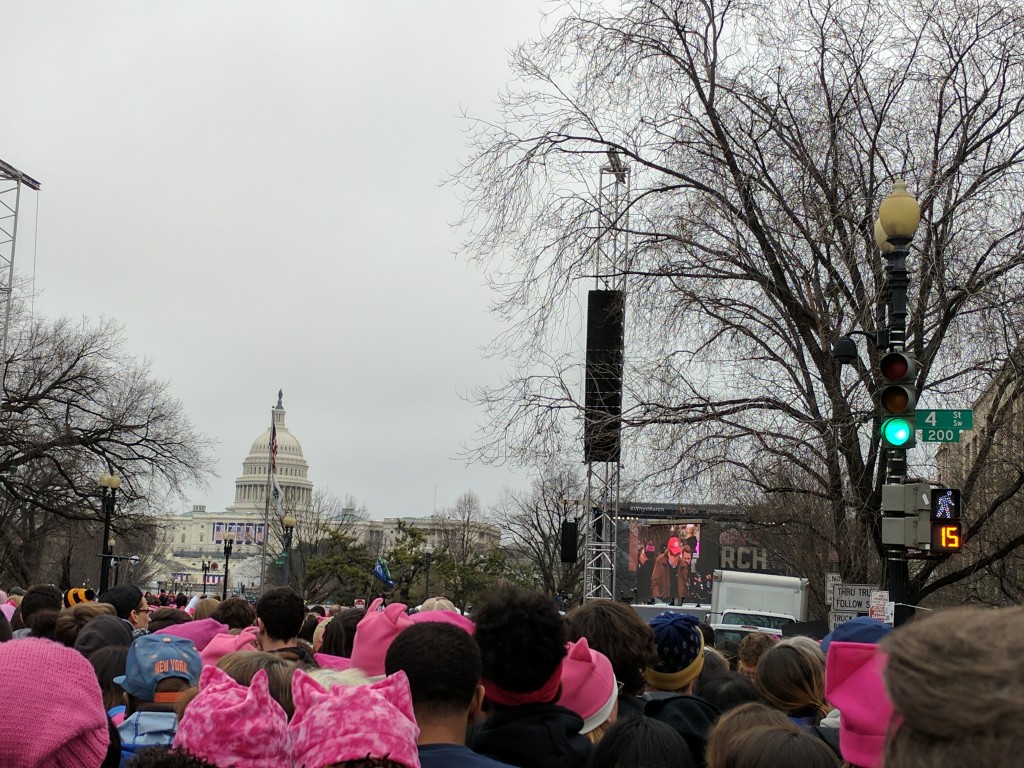 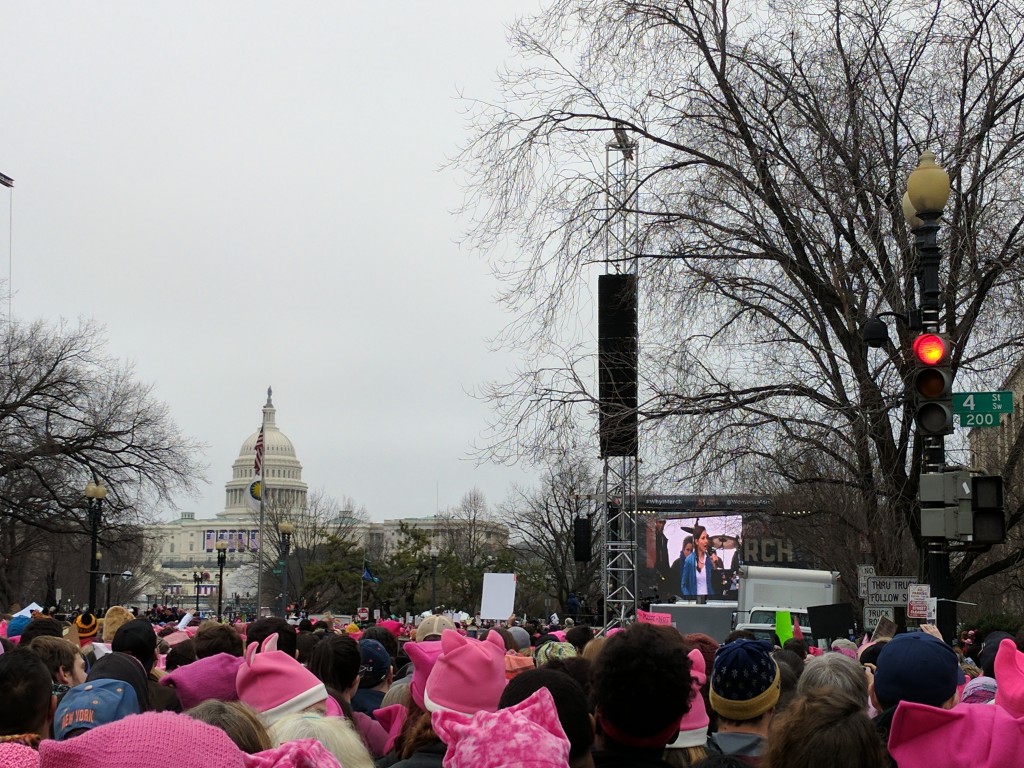 Hours before the March, my friends and I rode a Metro car filed with wall to wall people. Upon our arrival to Independence Avenue, we stood in the same spot for five and a half hours shoulder to shoulder in the streets packed in like sardines as we listened to speech after speech offering a personal account to so many issues beyond women’s issues. At many times throughout the rally, I became anxious by the tightening crowd of the people around me.  I felt hot and faint.

By the time we finally marched (approximately 2:30 pm – The March began at 1:00 pm), our legs were sore from standing. Our backs felt broken and we needed to stretch before walking. Having depleted the little reserve of snacks we brought, we were starving, although the energy of the crowd healed us and sustained our strength. 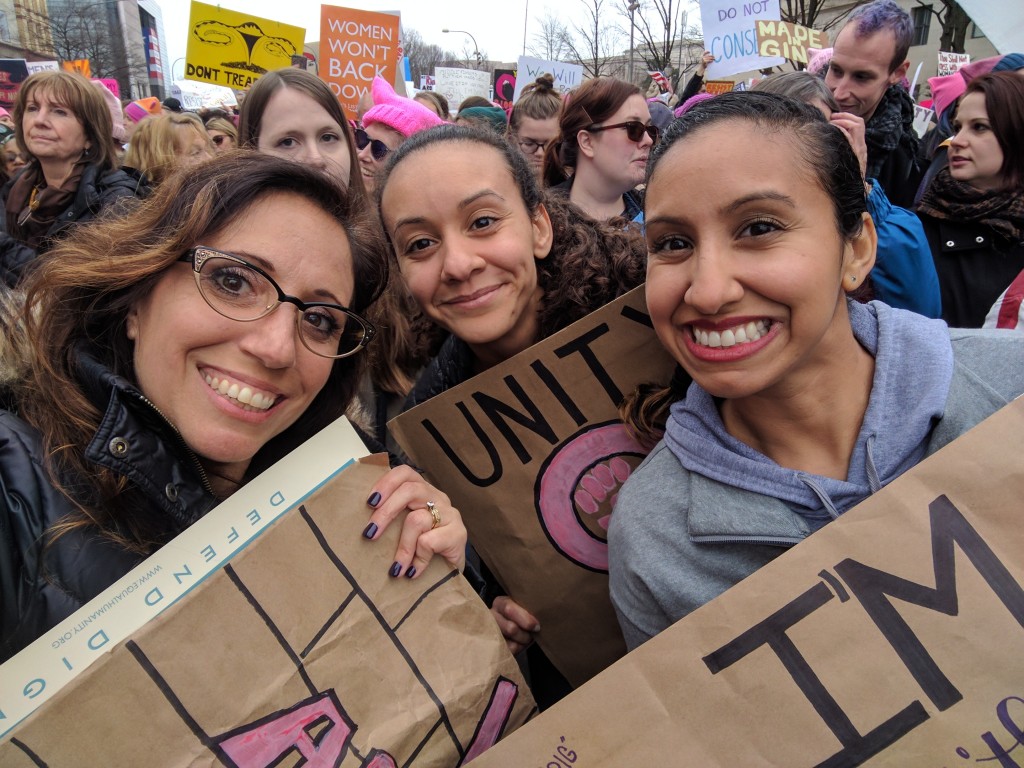 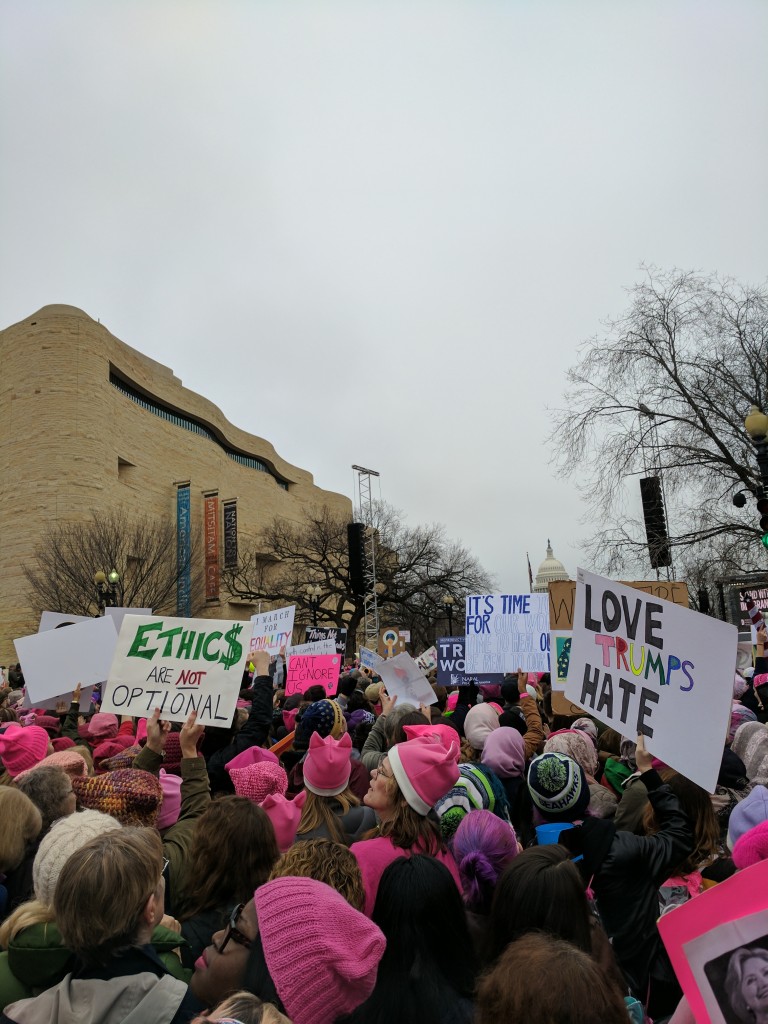 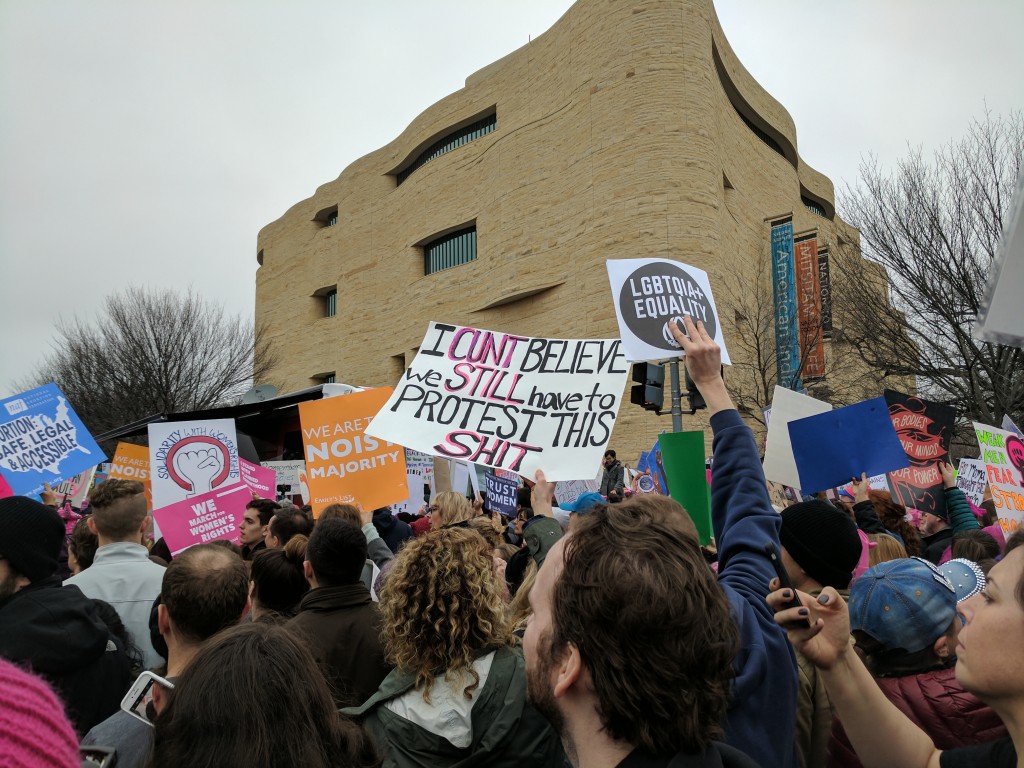 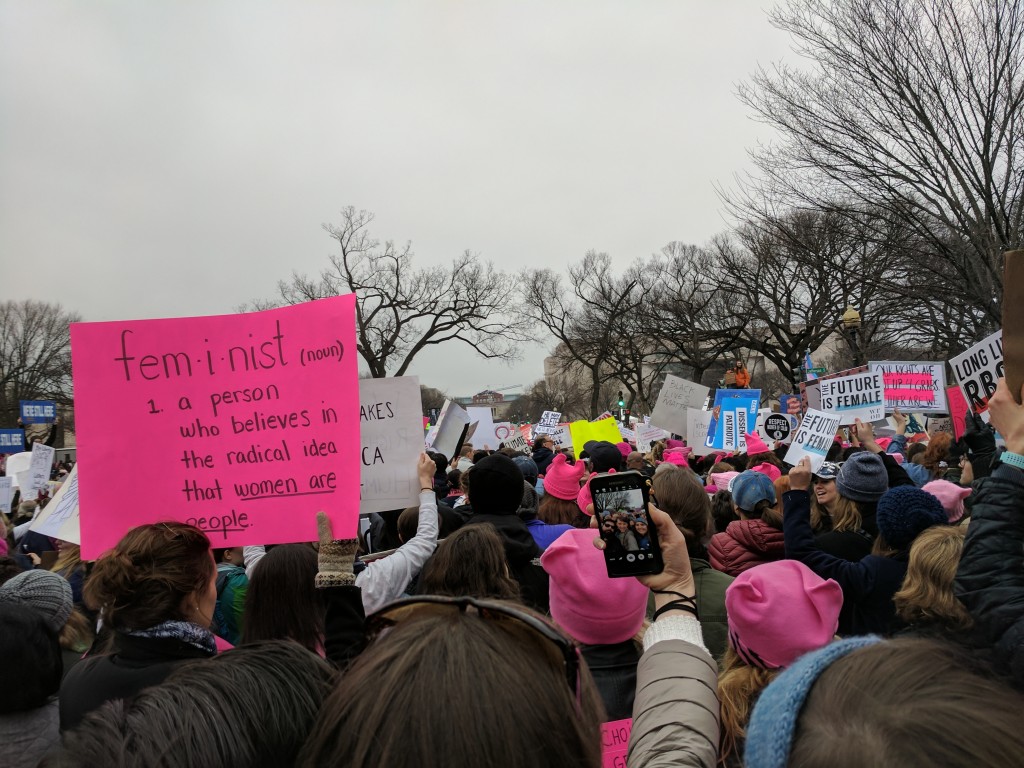 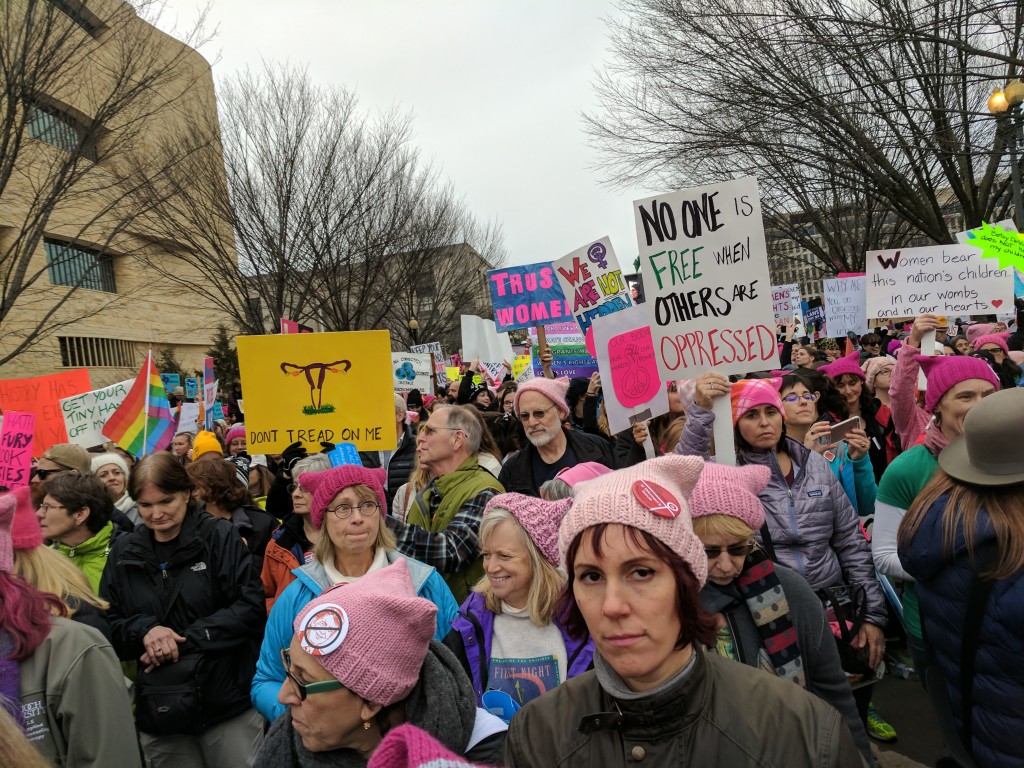 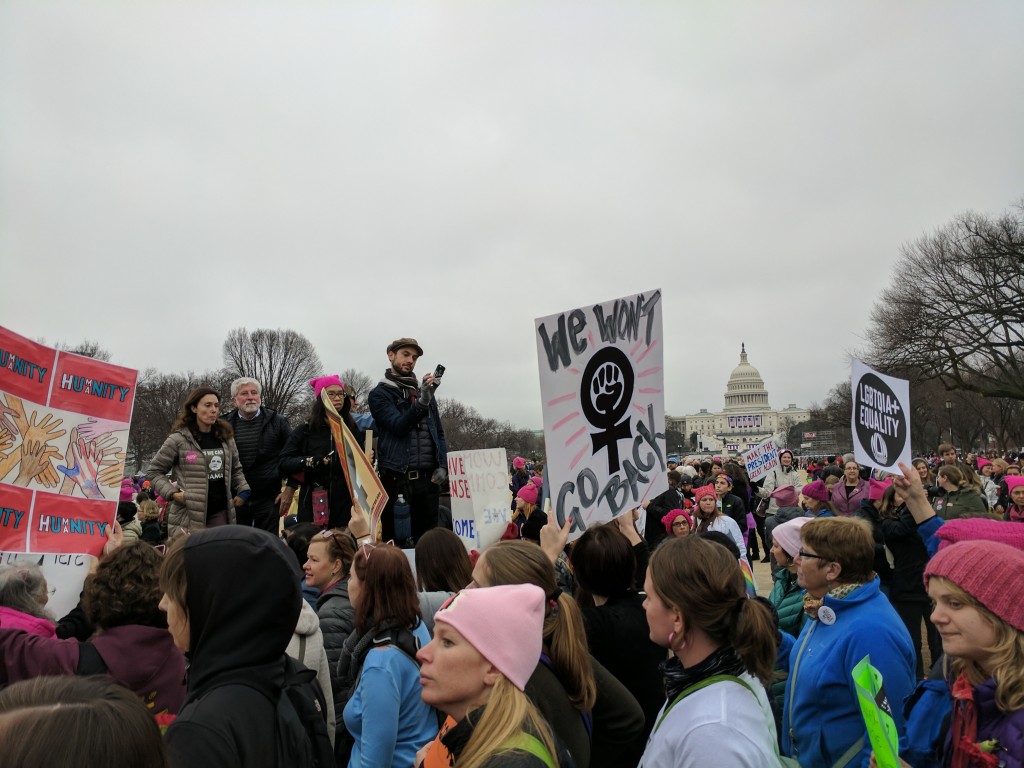 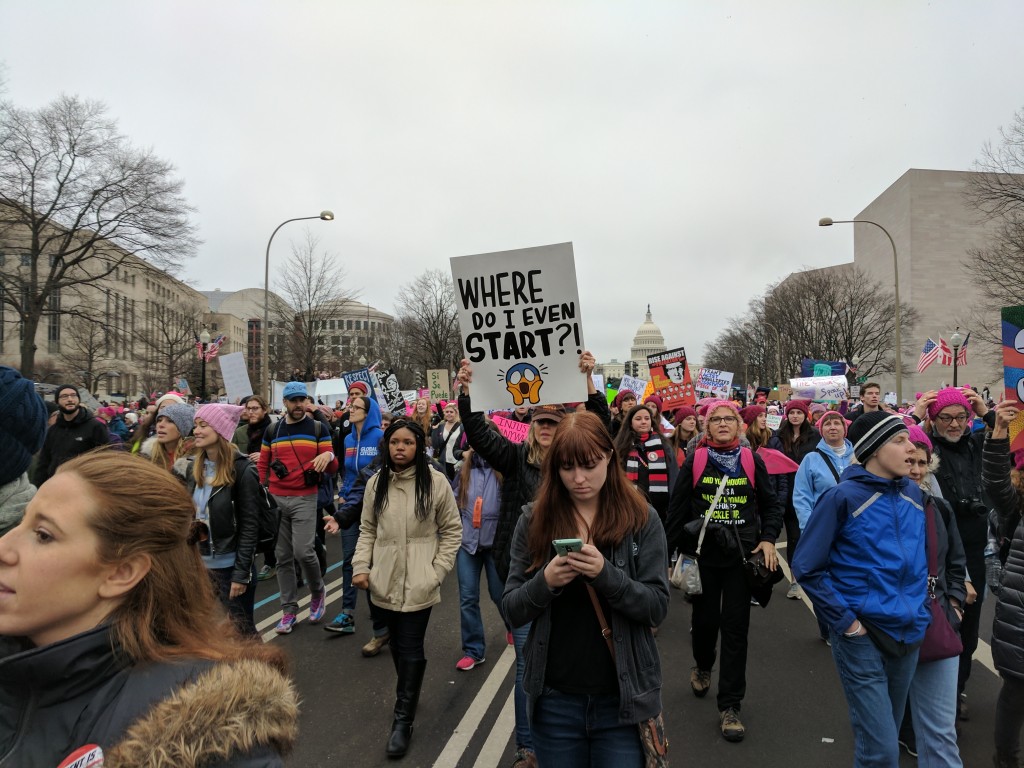 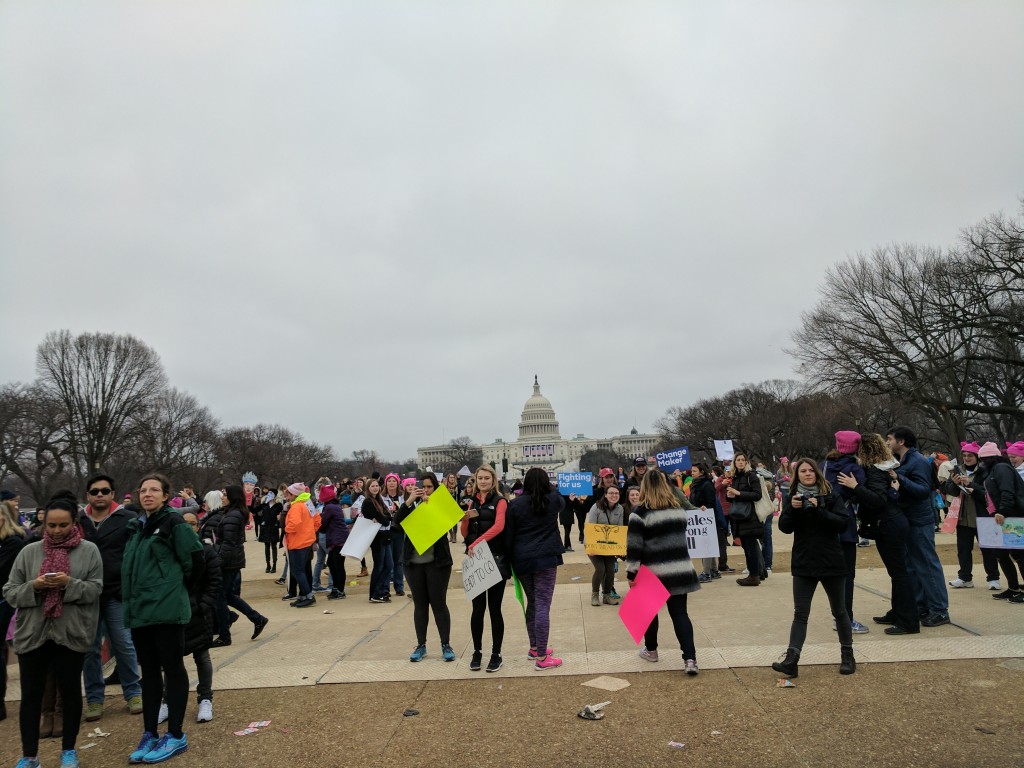 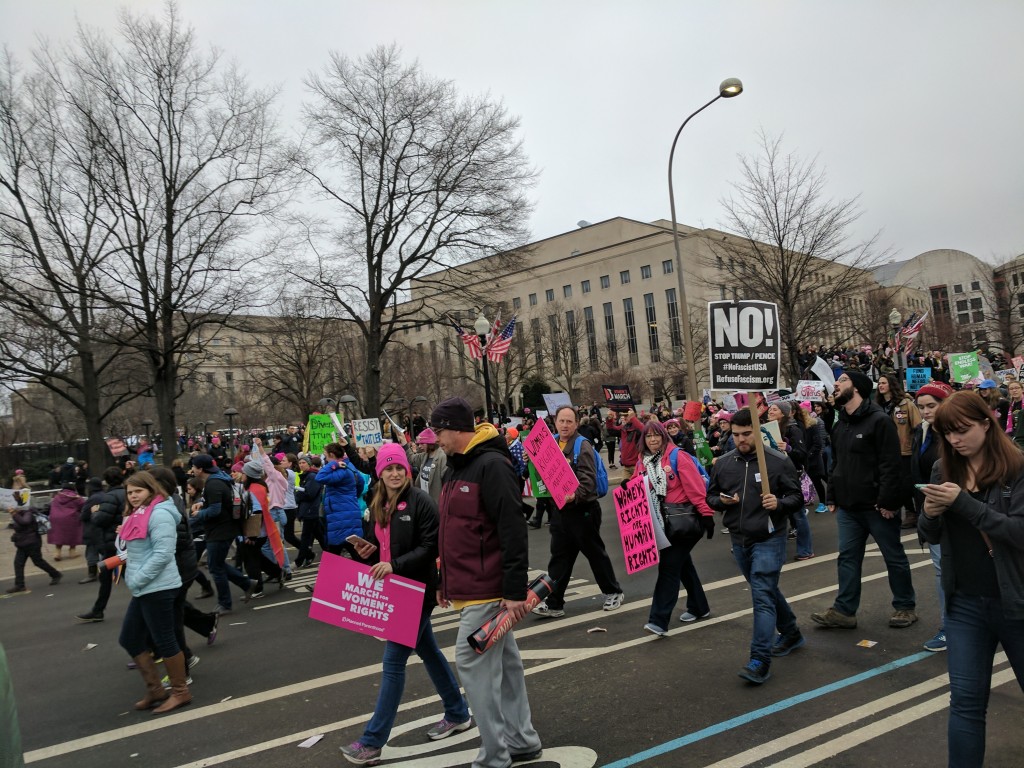 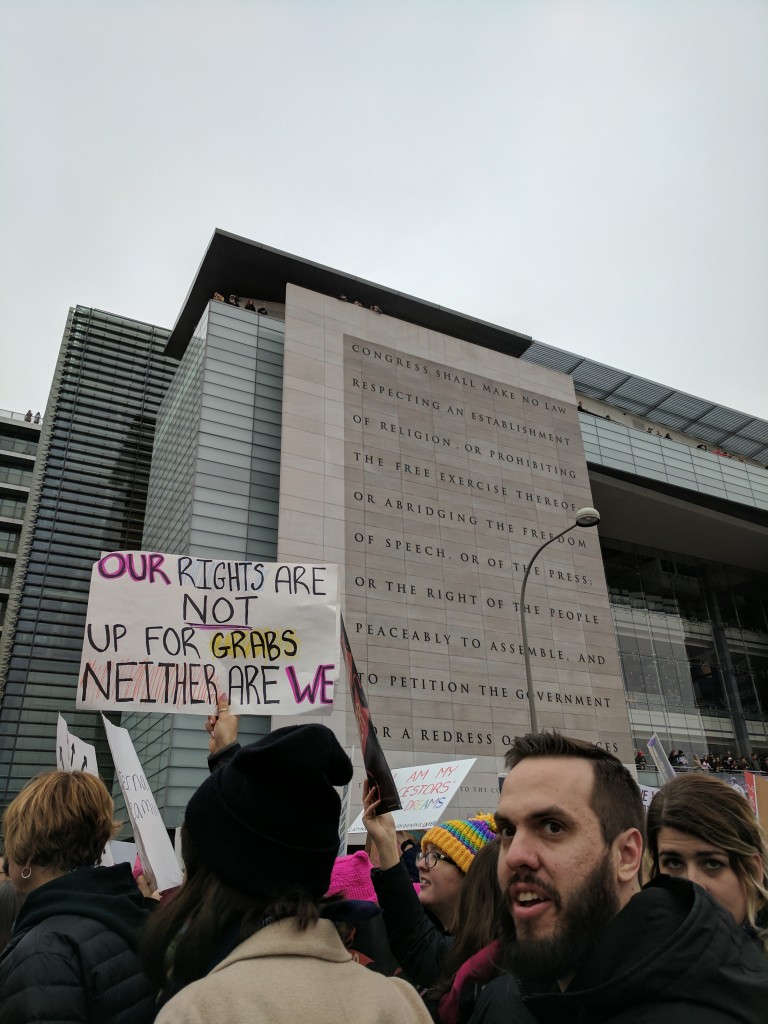 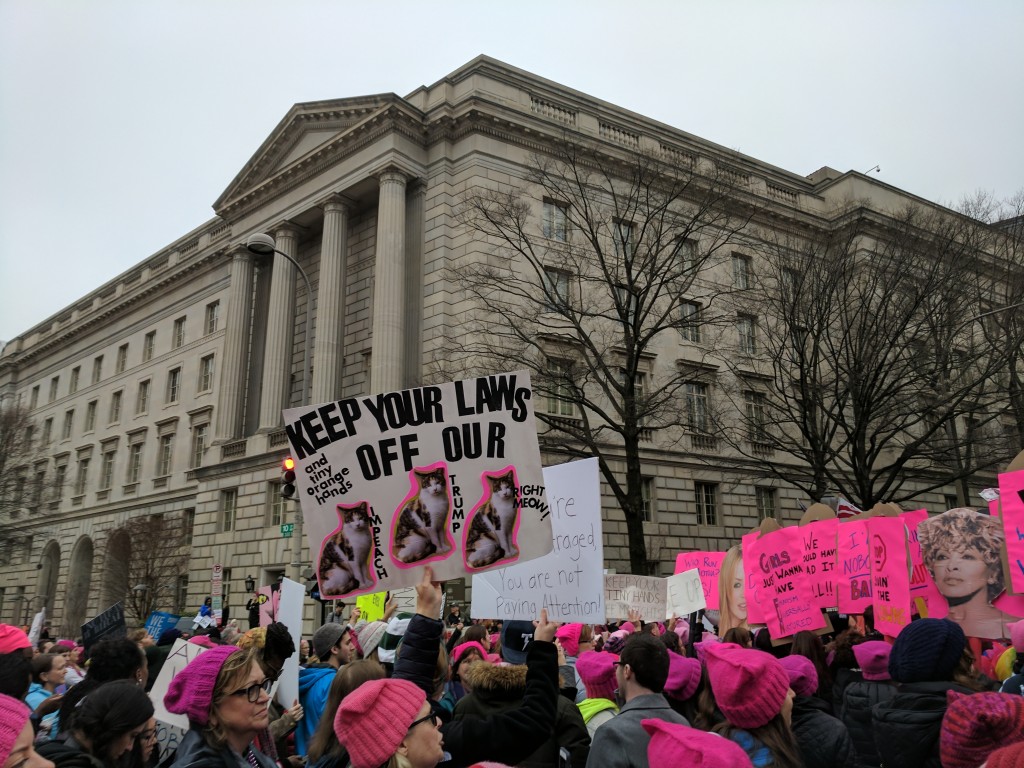 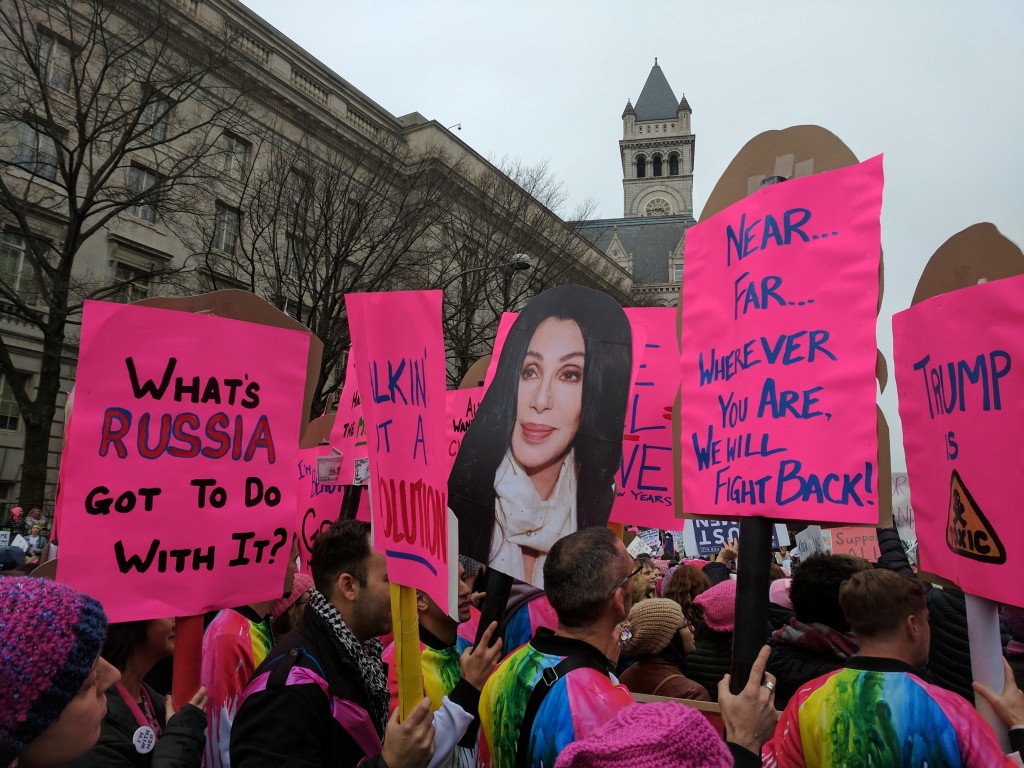 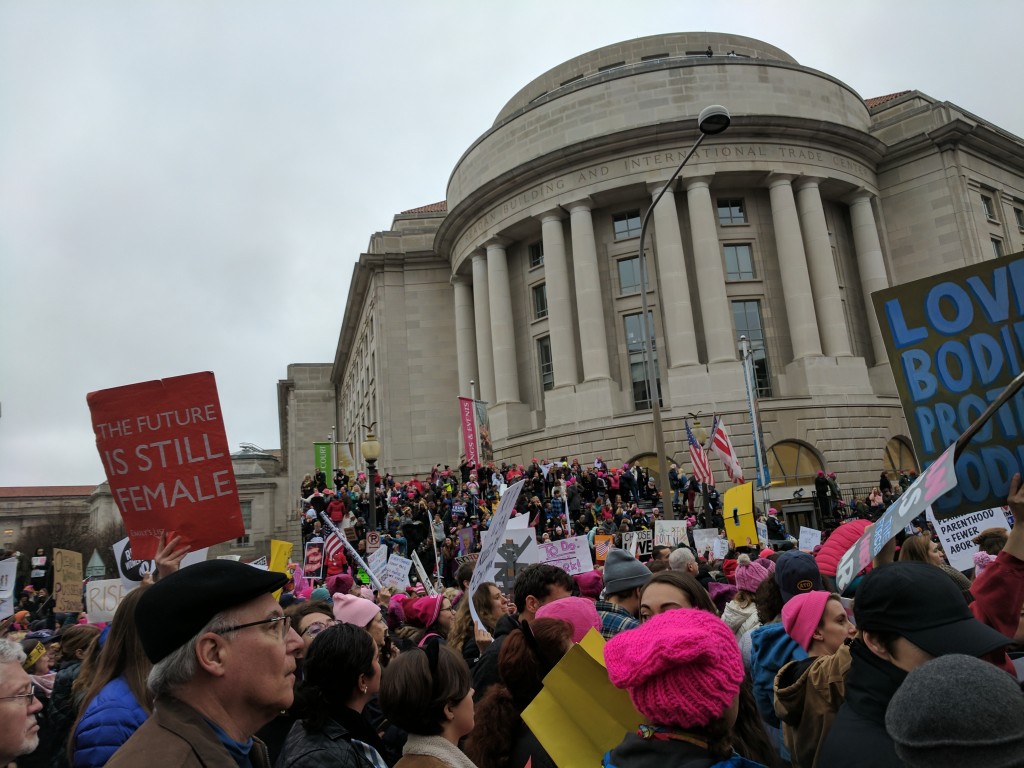 As much as I wanted to share my experience during the March, I couldn’t post to Instagram, Twitter or Facebook to live stream. We had no signal with so many people trying to connect. However, that evening, when I opened my Facebook application, I once again witnessed the perpetual divide: us against them. Women and men who chastised those who marched. Making comments about how we should roll over and accept Trump. 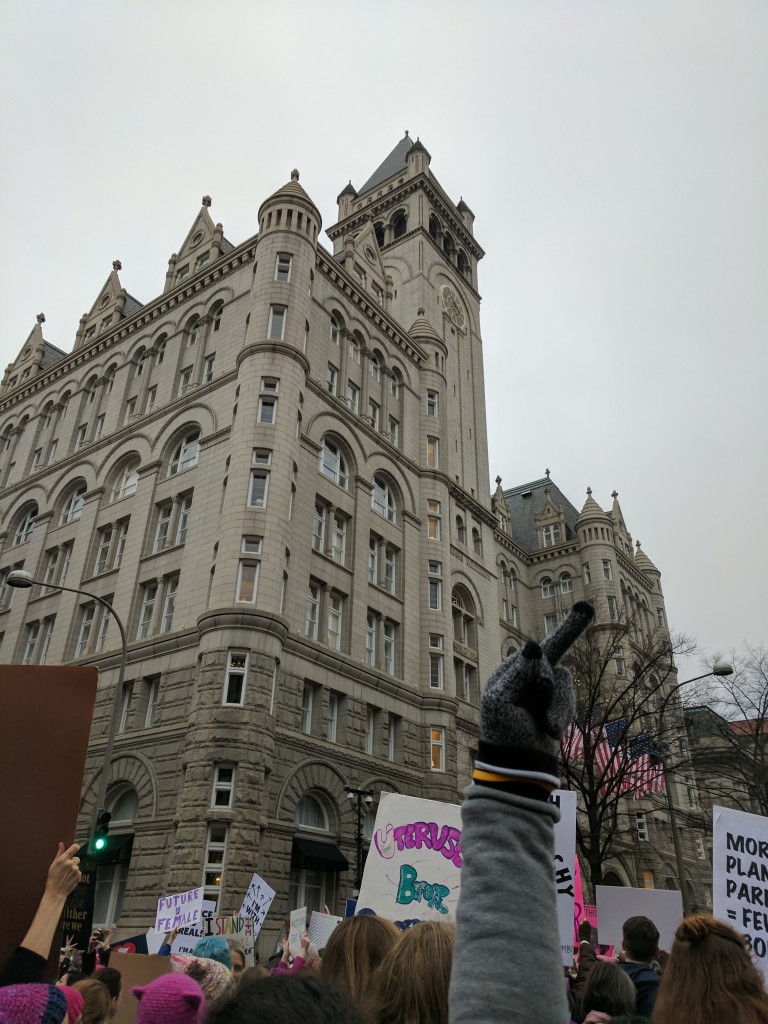 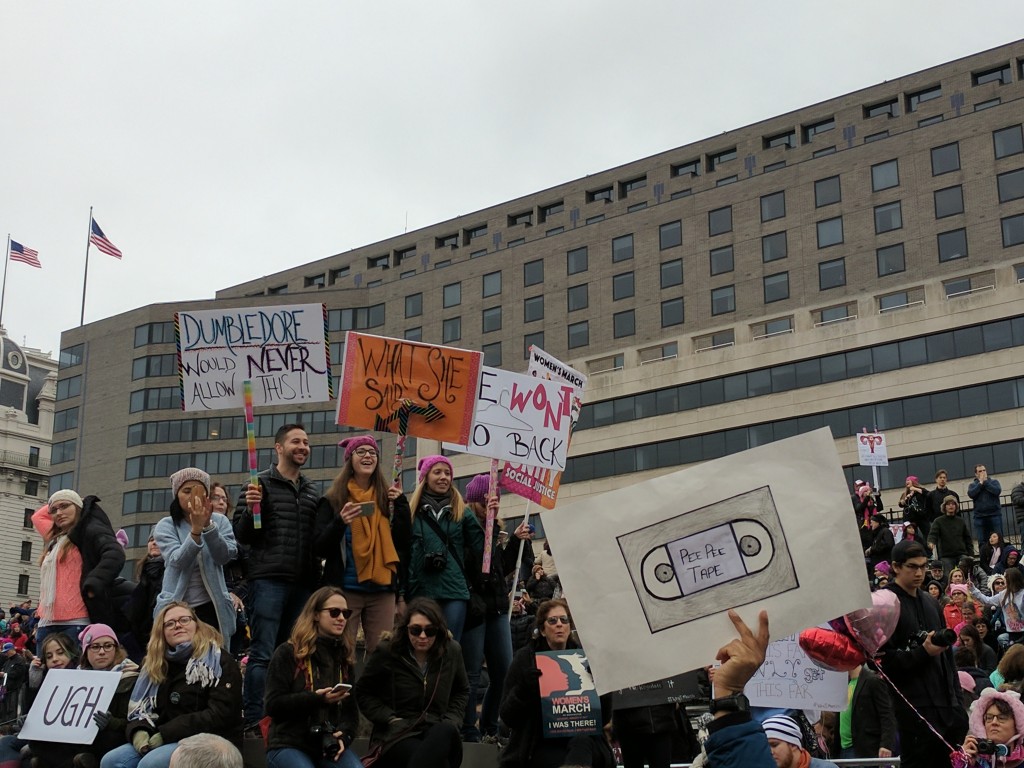 Allow me to explain how the First Amendment works. While Trump may be the president, it is my constitutional right to assemble and speak out against him. For my own personal values, I will never name-call or disrespect him or give him the finger, however, I will challenge him in the same manner I challenge people who regurgitate falsehoods. I will question, demand answers and the truth. 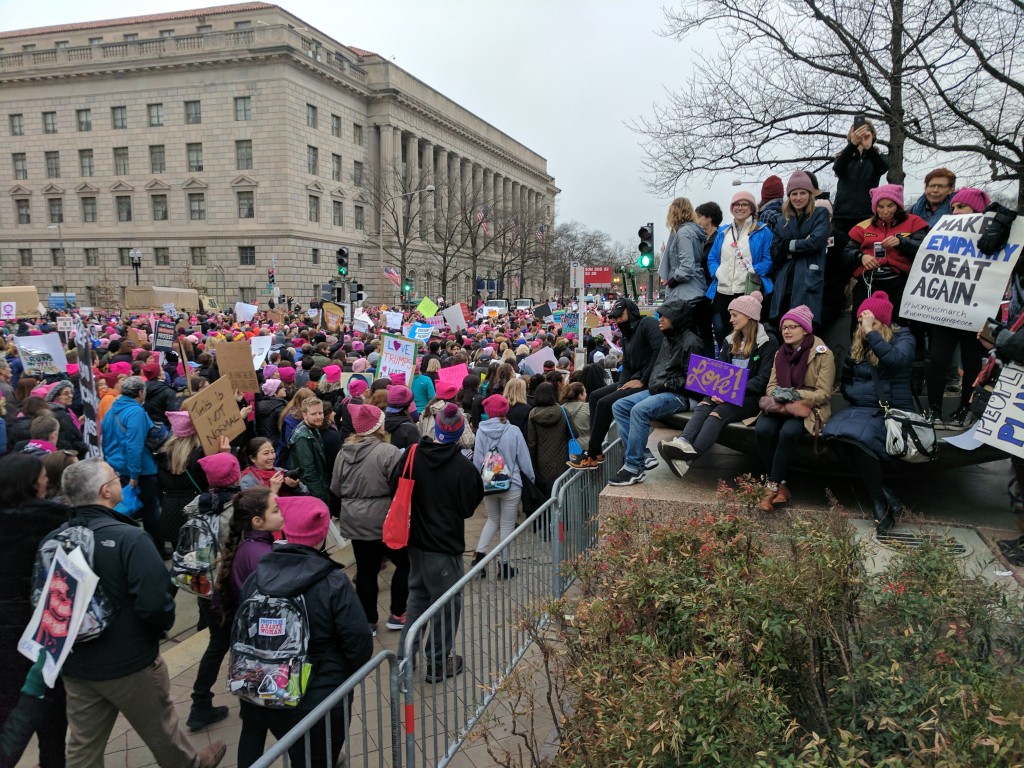 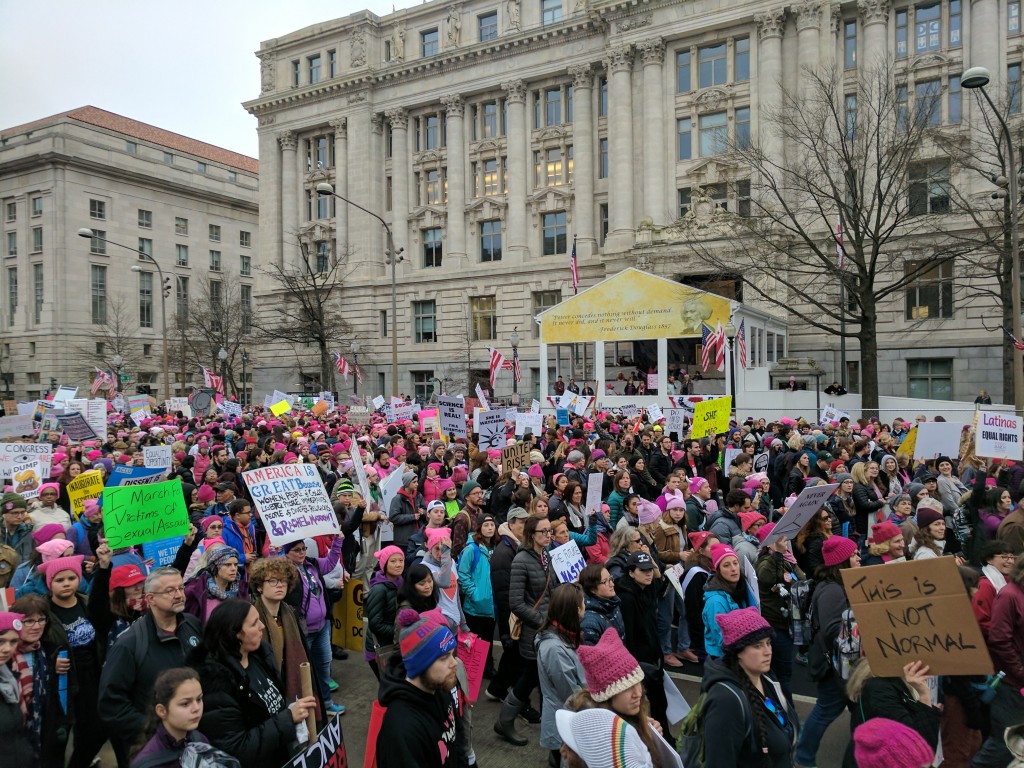 You may not understand the why’s of why we marched, but the sheer disrespect I read in the form of comments from “friends” and family broke my heart. Despite how many perceive the Women’s March, I feel I demonstrated my patriotism and alliance to this country I love through a LEGAL and peaceful protest in the form of a march.

I have always been vocal about my politics and after the Women’s March, I will only become more vocal. This is not the end of it. I will speak out every chance I can to protest and question this administration. I will make calling my senators a daily part of my routine and I encourage you to do the same. We have come too complacent with accepting the uncomfortable. Change takes opposition, time and hard work. “Be the change you want to see in the world.”

I am proud to have been among the women and men who march and I will continue to be a voice for those who feel they have no voice in our country. I walked for all of our children, not just my daughters and son.  And given another opportunity, I will march again.

I march because it is my First Amendment right to assemble, to stand up for everything I believe in and to questions the powers that be.

I march to protect our children’s future.

I march for the uninformed voter who just checked a box or the voter who thought Trump was the lesser of two evils and didn’t understand all that was at stake.

I march to protest rigged elections and demand action against Russia’s involvement in our election.

I march in protest of a president who spews divisive, xenophobic messages. While he may be our leader, I march to send a loud and clear message that we will not accept nor tolerate misogynistic behaviors.

I march to protest his cabinet picks which clearly have a conflict of interest.

I march for reproductive rights and for Planned Parenthood and a woman’s right to make her own choices for her body.

I march for the LGTB community and everything they have worked so hard to achieve.

I march for the Black Lives movement.

I march for immigrants who live in fear of deportation, the Syrian refugees who look for shelter or the Muslim family who fear for their lives and do not recognize this America.

I march to save our schools, to do away with the rigorous testing schedule forced down our children’s throats and to recognize the efforts that our teachers give every day for little pay and the false narrative that the American education system is failing.

I march for the poor and to protect government assistance programs as well as a decent living wage for all Americans.

I march for paid maternity leave and healthcare for all Americans.

I march to demand our leaders to take action towards gun law reform and sensible gun laws.

I march so that generations after me will remember that on January 21, we did not sit by quietly and allow the wealthy and corporations to take over our country. 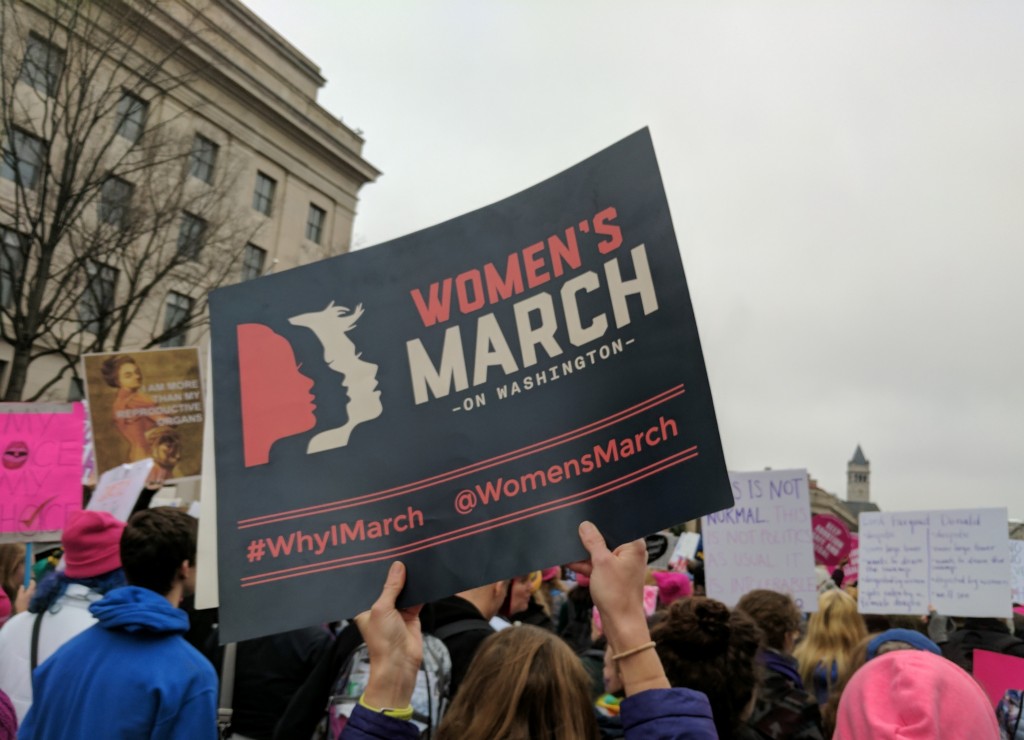