Last Sunday for Easter, my MIL threw together a gorgeous spread, which included three meats (lamb, ham and chicken), a number of veggies and two kinds of potatoes.  Yes, you heard me right. Two kinds of potatoes!  One was a delicious cheesy layered scalloped potato casserole.  The other spud she called “French-Style Potatoes” to sound all posh, but to the rest of the family, these potatoes will be forever known as “Potato Balls”.

Obviously, French-Style Potatoes has a nice ring to it, but there’s no disputing the salty, heavenly taste of these balls in your mouth.  (Sounds like the infamous Schweddyy Balls from Saturday Night Live, doesn’t?)

A few days later, I decided to try my hand at these balls.  Although my MIL preferred to handle hers with butter, I chose to lather mine in olive oil.

Ok enough with the innuendoes!  To start, I par-boiled the potatoes until a bit firmer than fork tender.  For portion control, I only boiled 6 medium sized potatoes for my family of five. 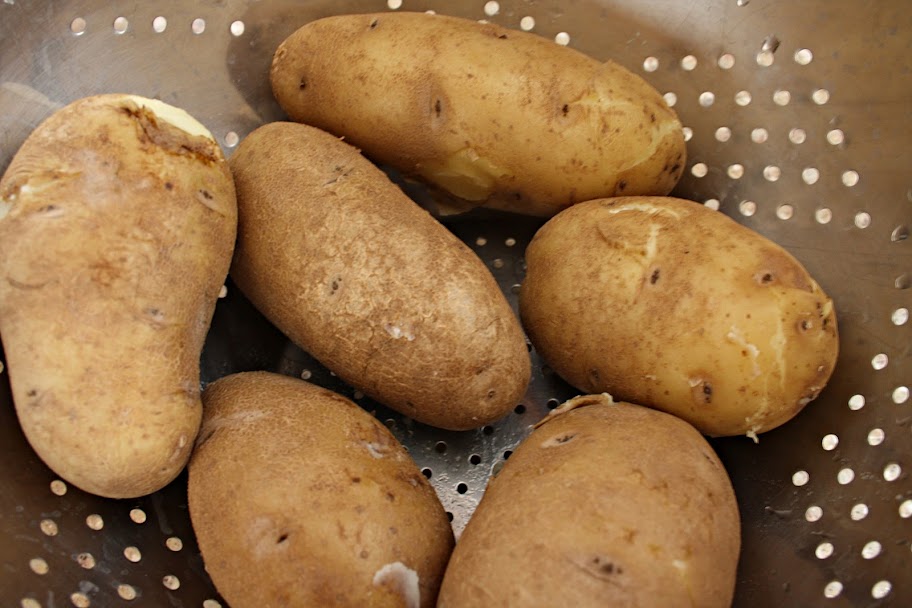 Then, using the larger end of a melon baller, I scooped and rolled out some potato. 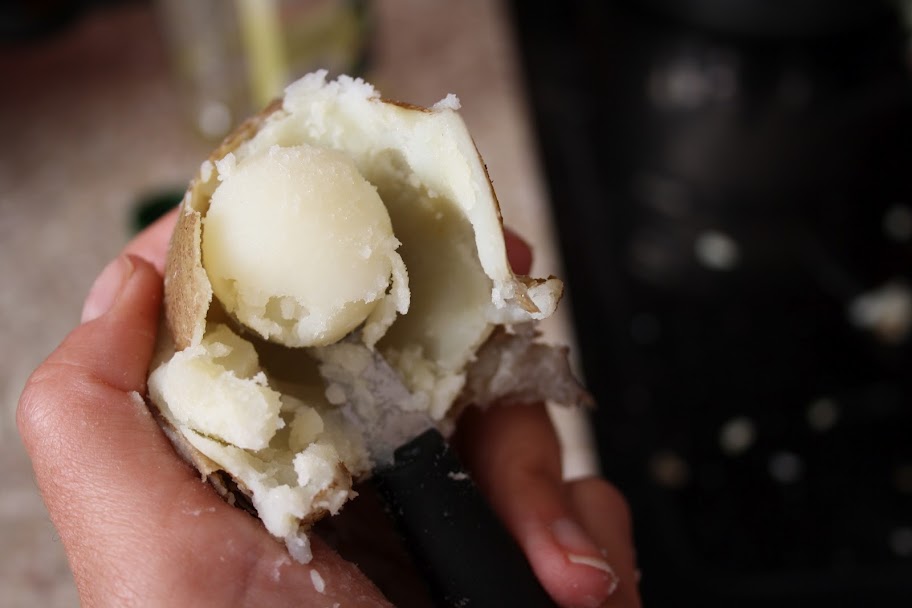 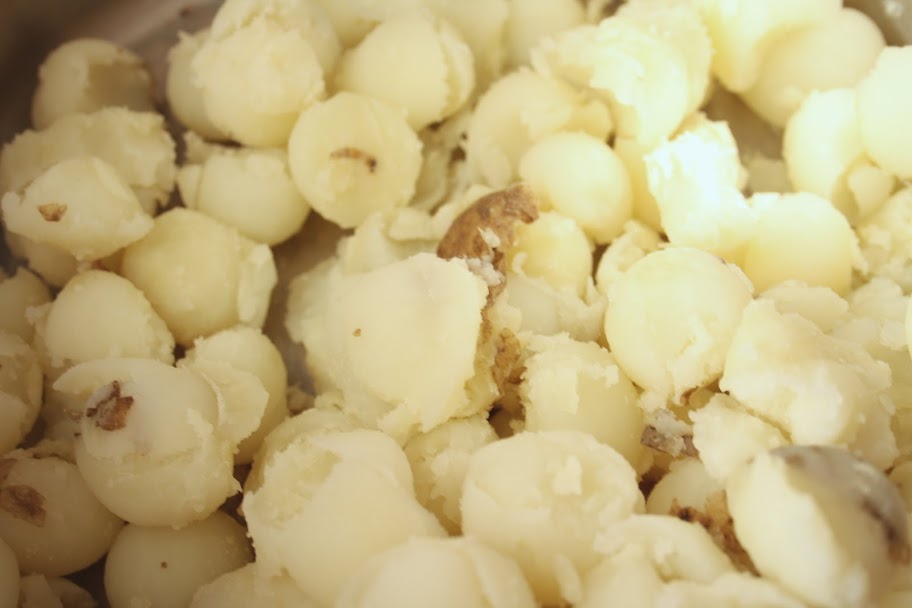 Then, I tossed those bad boys into some pre-heated olive oil in an electric griddle and cooked them until crispy. 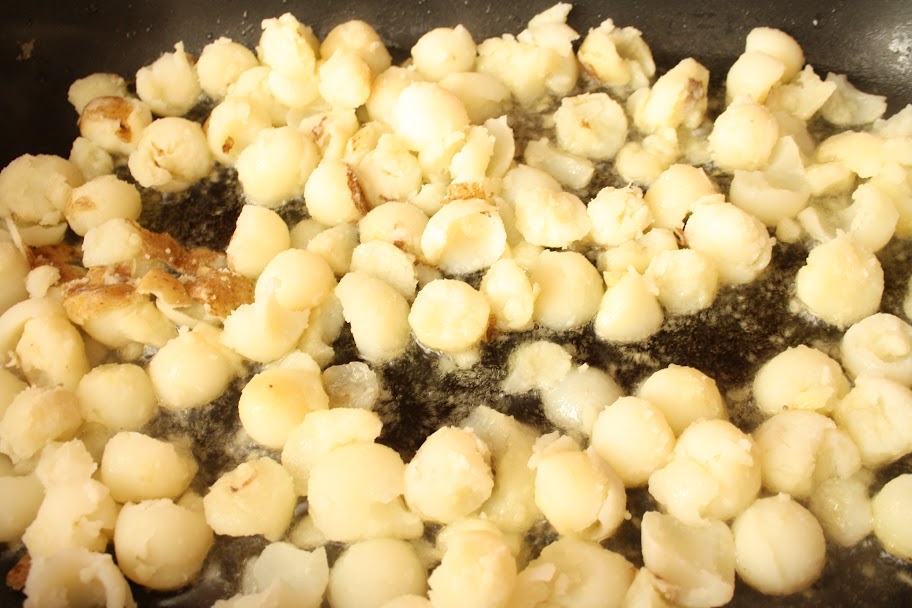 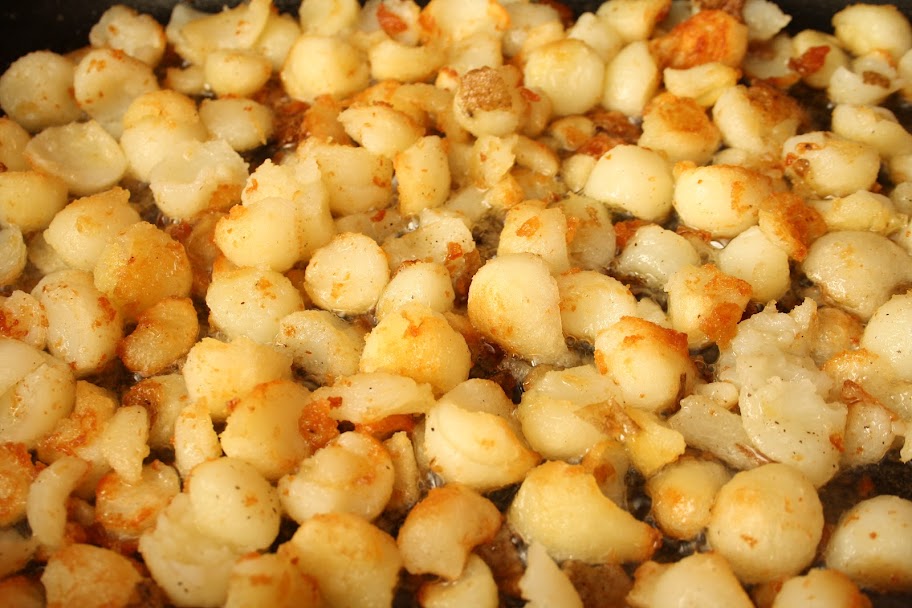 These potato balls present well and are a tasty companion to any meat dish.   For this meal, I served it as a side dish to my Mojo Chicken.  And don’t worry.  I didn’t serve two potatoes.  That’s mashed cauliflower as the other side dish, but more about that lovely carb substitute another day. 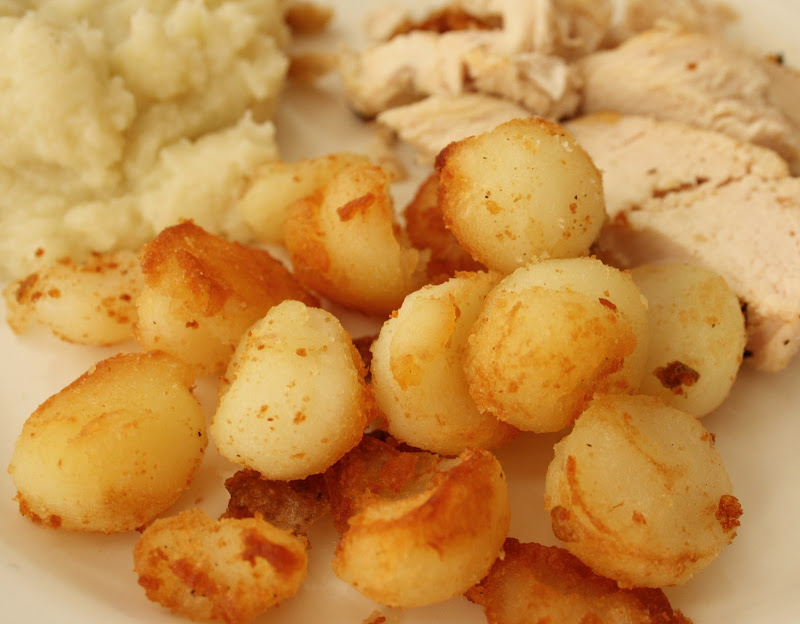 Salt and pepper to taste

Heat about ¼ – ½ cup olive oil at 350° in a electric griddle.  Toss in the potato balls and occasionally flip potatoes as they sauté in the oil. Cook until crispy and golden brown (about 20 minutes).