In a quest to reattempt my half marathons from two years ago, the Pasco Challenge was a must-do do over.  Having run the Starkey Trail numerous times while training for the Disney marathon, I thought I would have a home turf advantage to PR and possibly qualify in my age group.  After all, I had PR’d once before and won for my age group at this race.

For the start of the race, the temps sat at 44 degrees and I was thankful for the cool temps.  Despite the cool weather, I decided to wear my pirate Sparkle Skirt Running Skirt, the same one I wore the week before at Gasparilla.  With its deep wide pockets for my Cliff shots, lip balm, car key and cell phone, I find it’s the perfect skirt for a half marathon.

While we crowded around waiting for the race to begin, the race director called all cyclists to start.  Corralled in the crowd, I bumped into my friend, Sheila, who was running the 5K while her husband ran the half. 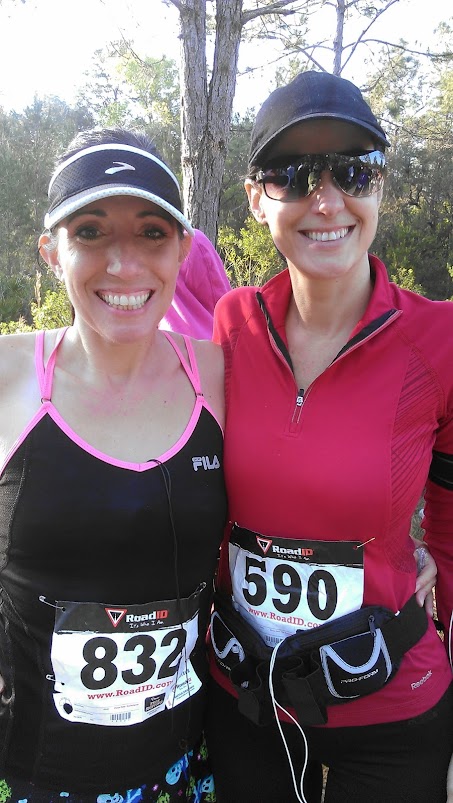 Once all the bikes were on their way, the runner race could begin.  The race director then called all half marathoners closer to the start line.  We all nudged our way forward and then the foghorn blasted. 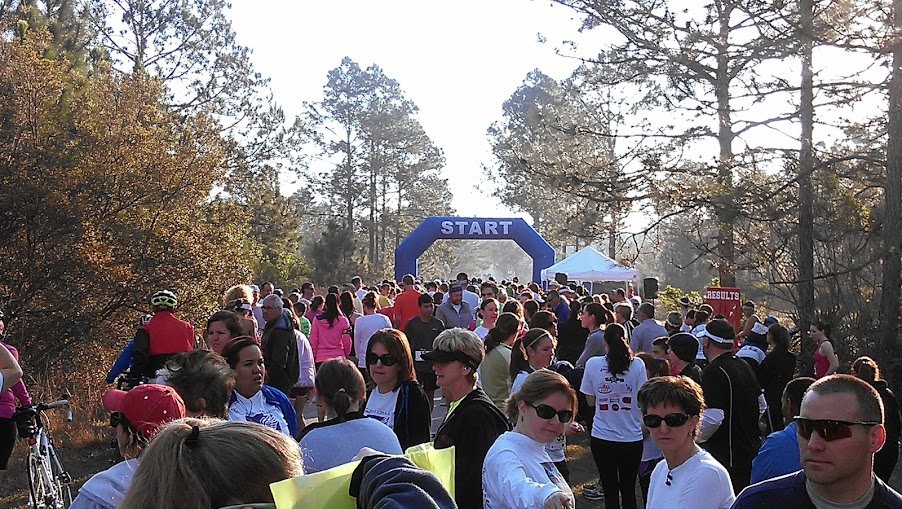 I started with about a 9:00 mm pace and it felt good.  Definitely a push compared to my usual pace, but I held onto it for the couple of miles.  I also didn’t stop for many photos or chat with the runners around me.  I focused on my running playlist and let the music carry me through the miles.

Around mile 2 when we passed the added leg on the return trip, an older woman struck up a conversation with me.

“Yes, thank you for pointing that out. I spotted it on the map last night.”  I popped my earbuds back in and tried to refocus my attention to the course.

“Last year, people ran passed that and missed the added part of the course.”

“Yeah, that’s too bad.  Got it.  Won’t miss it,” I replied while returning my earbuds but also finding it difficult to return to my concentration and my race pace.  At that pace, I can’t carry on a conversation and with the break in concentration for this unexpected conversation, I lost my mojo. I lost my focus.  I lost my push and my pace, however, the elderly female runner kept trotting along while I fought with my focus.

Then around mile 4, a couple pushing a jogging stroller passed me.  UGH!   There’s nothing more defeating and deflating than be passed by a runner and a jogging stroller.  These parents were running with resistance and passing me.  I tried to pace with them to find my focus again, but I couldn’t keep up.

Much like my running, the volunteers lacked enthusiasm for the water they dispensed.  Against my better judgment, I didn’t wear my fuel belt and I had started to regret that decision after several bad water station experiences along the course.  A few times, I had to grab my own water from the tables and at one station they offer a full bottle of Gatorade instead of a cupful.  To save a few seconds on time, I found myself warning the water stations about my arrival.  “I need water!”

Around mile 6, I was done with this race.  I was almost at the halfway mark and yet I was ready to be finished.  As faster runners began their return journey home, I redirected my energy on them and cheered for them as they flew by me. 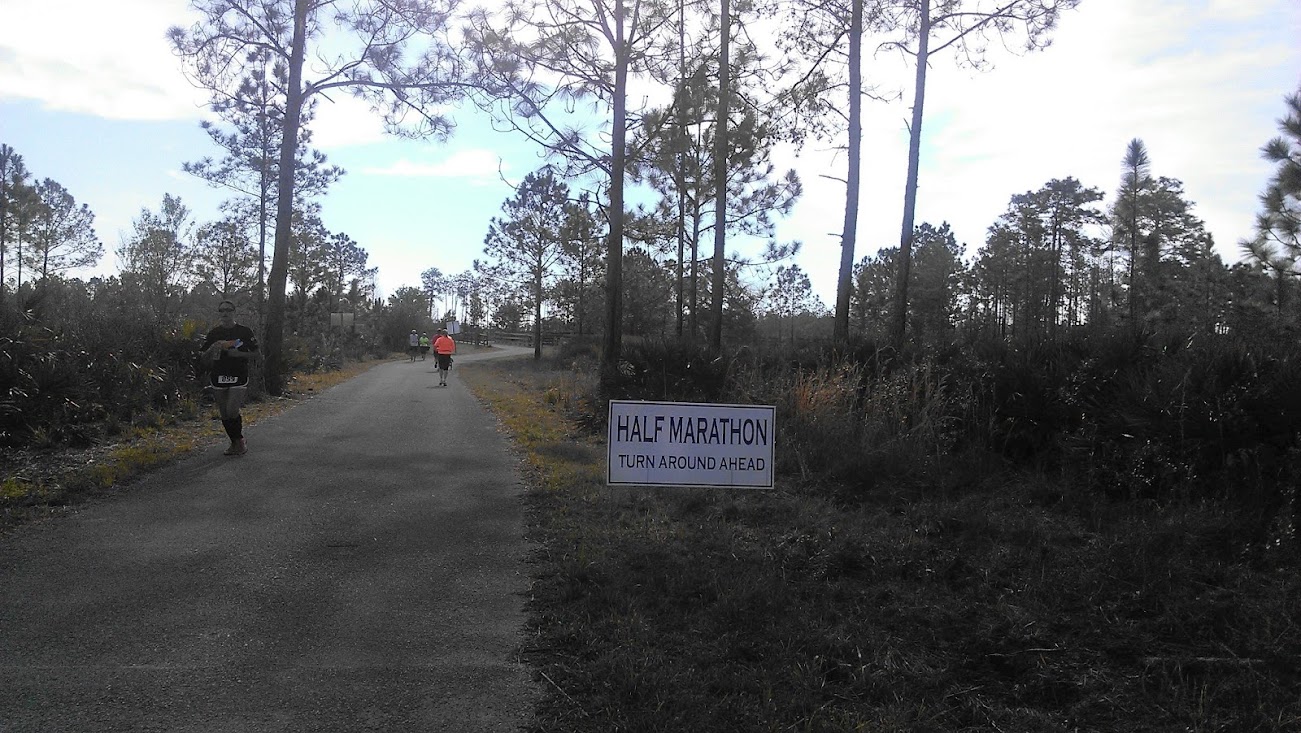 Once I reached the turnaround, I walked.  I needed the break.  Then, my calf started cramping.  UGH! 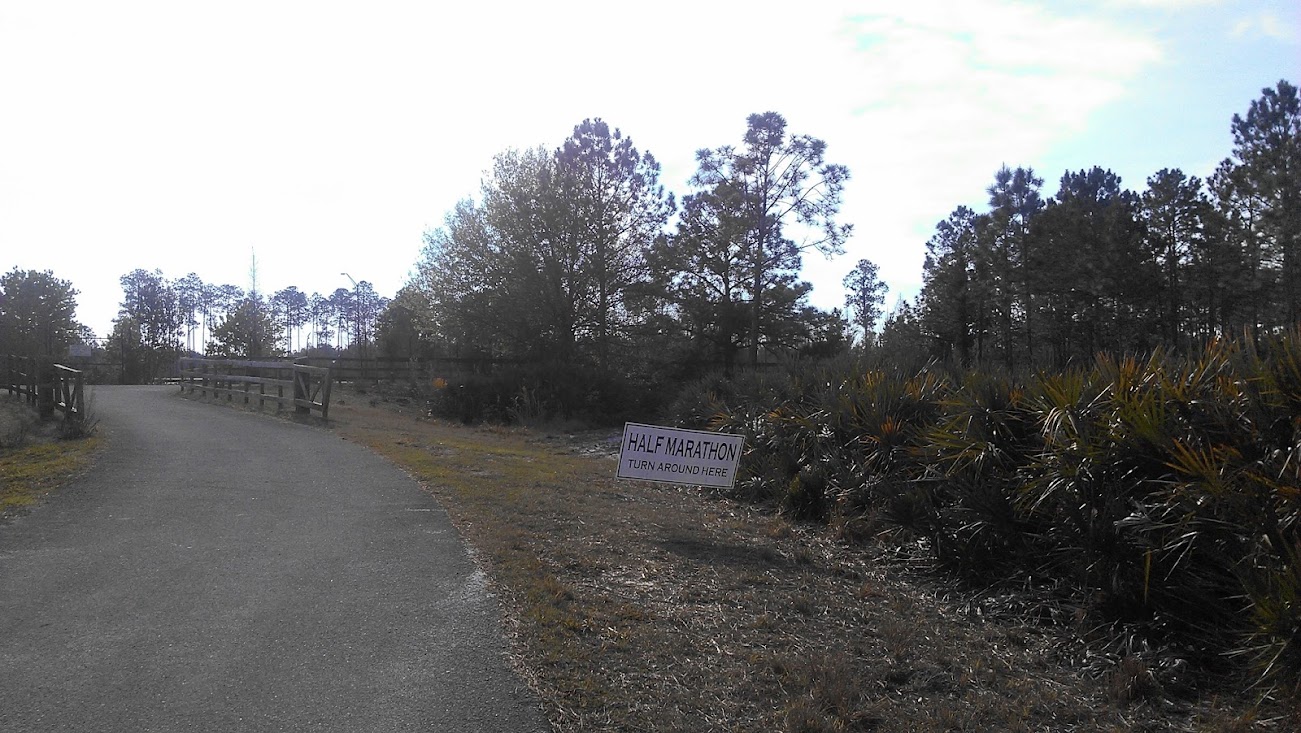 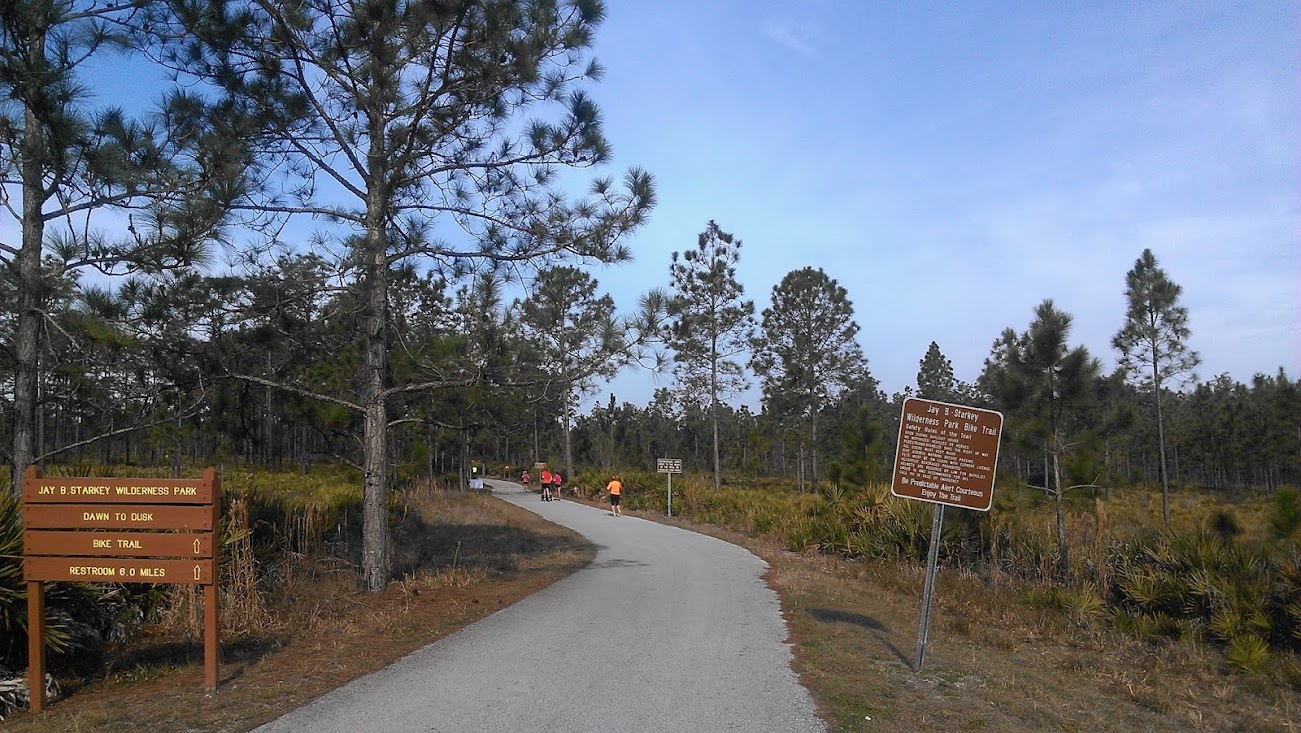 Letting go of any hope to PR, I just did my best to finish.  The cool weather wore off as the sun started to shine and the temperatures were rising quickly.  I found myself walking more and more.  As I approached the additional leg the elderly female runner pointed out earlier, I noticed that many of the other participants mirrored how I felt.

With only a couple more miles left to go, I still battled with cramps in my calves but I was thankful for compression socks.  While I may not have earned a new PR or an age group place, I would beat my time from two years ago and that’s all I ever really wanted to achieve.  By shaving nearly 20 minutes off my chip from two years ago, this would most definitely be a PB PB (Post Baby Personal Best) redemption. 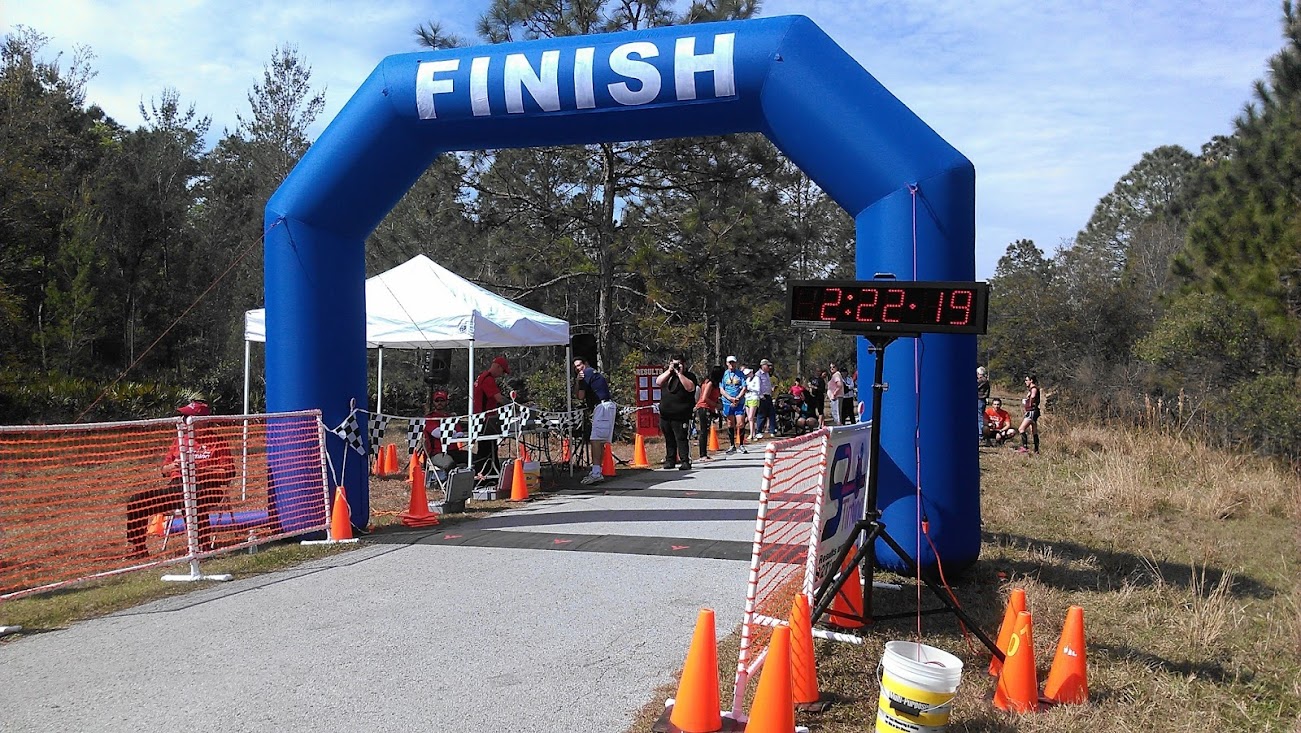 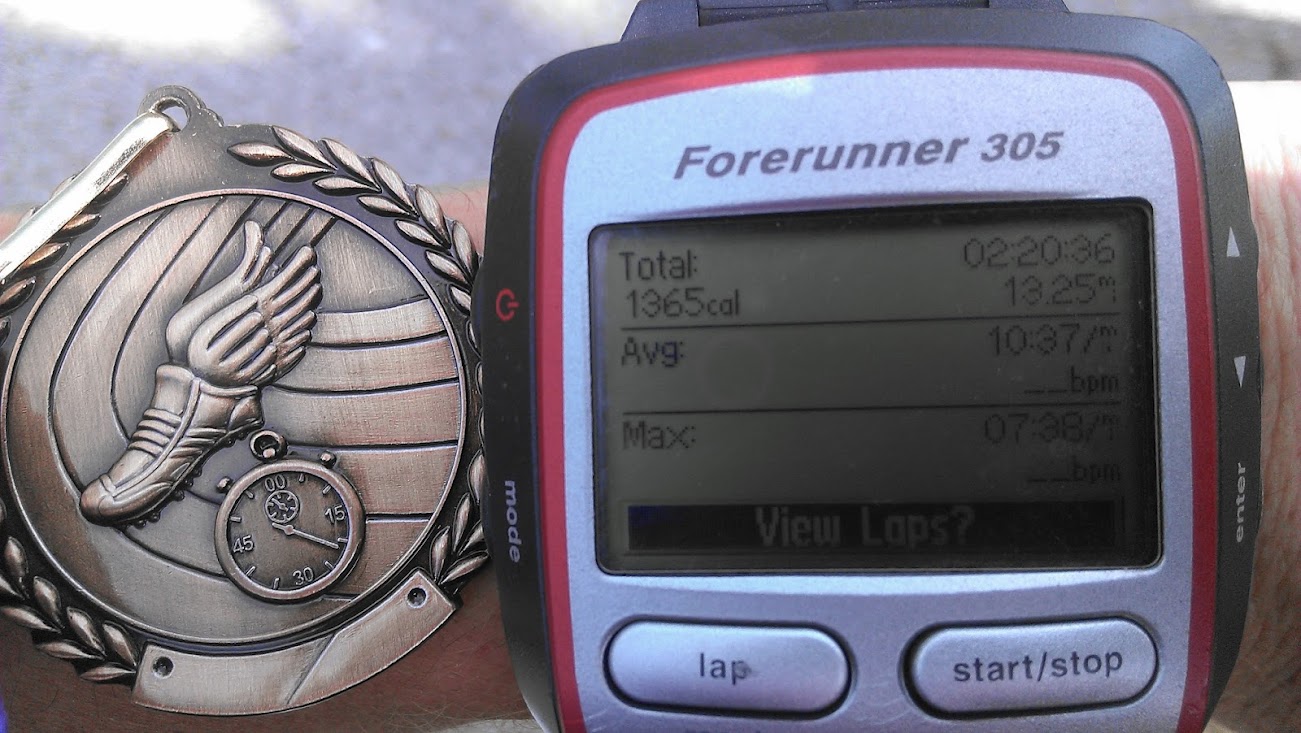 After the race, I ran into the Run Tampa crew and Johanne, who I met at the Armadillo Run last year and we joked about it being our race anniversary or our raceversary. 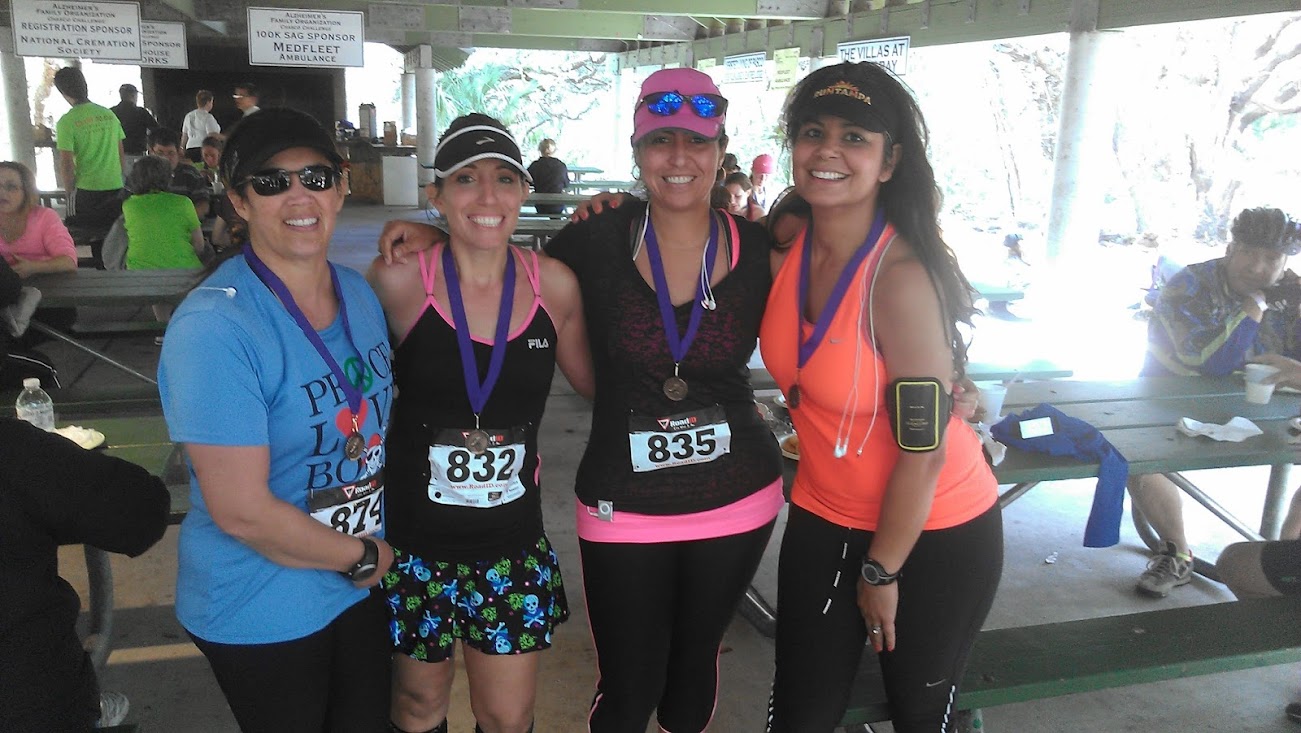 I don’t know about Johanne, but next year, I’ll be back at the Armadillo.  I think I’m over the Pasco Challenge, redemption runs and running without friends.