When most people celebrate their anniversary it typically involves good food and great company.  So like most, Little Greek wanted to recognize their 9th anniversary with a sampling party.  For this special occasion, they invited a few of my Tampa Bay foodie blogger friends to attend their anniversary sampling party including Carlos of Carlos Eats, Steph of Orange Spoken, Crystal of Thrifty and Frugal Living and Stacey of Art Snark. 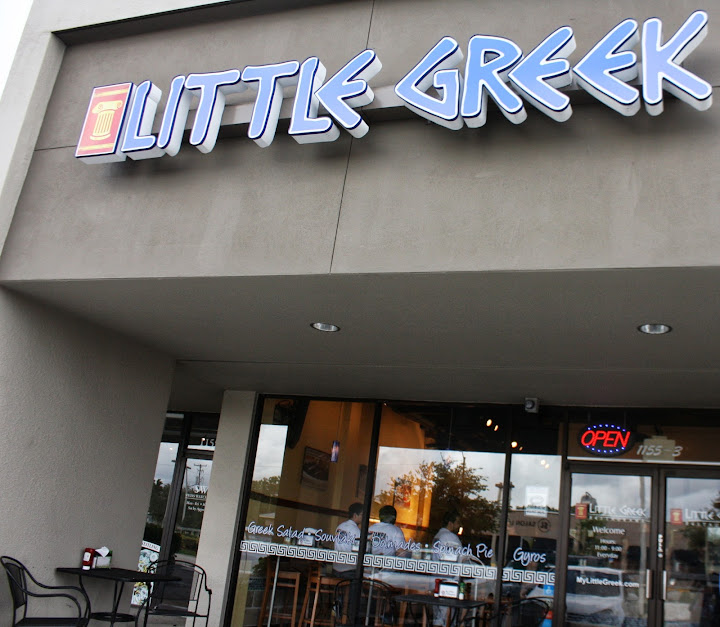 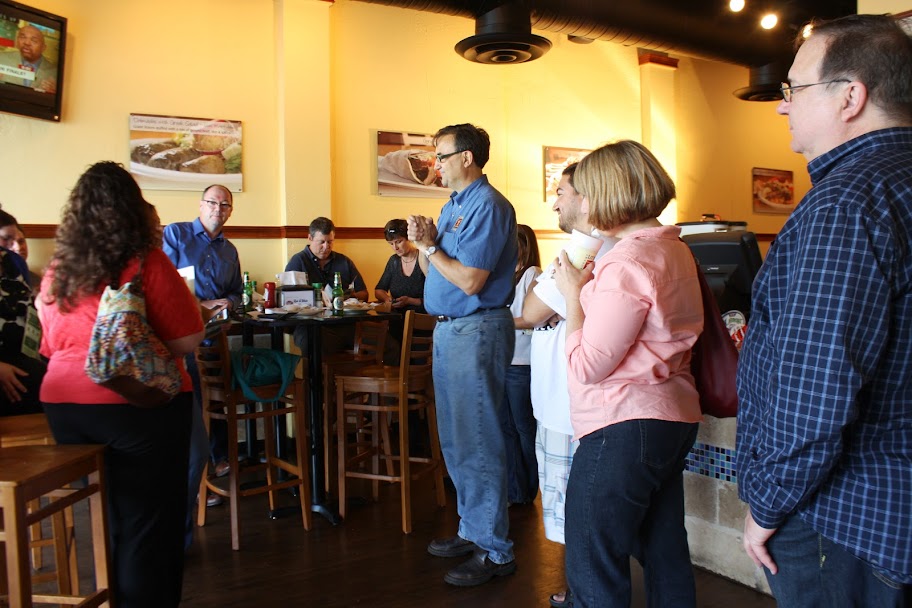 The Little Greek founder, Sigrid Bratic, honed her cooking skills in her home country of Estonia, a beautiful country on the Baltic Sea between Finland and Russia. After operating local eateries in her native land, Sigrid followed her dream of moving to the United States, and visited Clearwater and the surrounding areas in Florida. While in Florida, she began looking for an opportunity to open a business here. Ultimately, she found a small Greek restaurant for sale in Palm Harbor, Florida, and in June of 2004 she bought the struggling store. Renaming the restaurant from Happy Greek to Little Greek Restaurant, Sigrid began focusing on delicious, freshly prepared, healthy Greek dishes, and managed to more than triple sales over a 7-year period. In April 2011, Sigrid joined forces with Nick Vojnovic and the two signed a partnership agreement with the goal of franchising Little Greek Restaurants throughout Tampa and beyond. Currently, there are ten locations across Tampa Bay and more plans to grow the franchise. 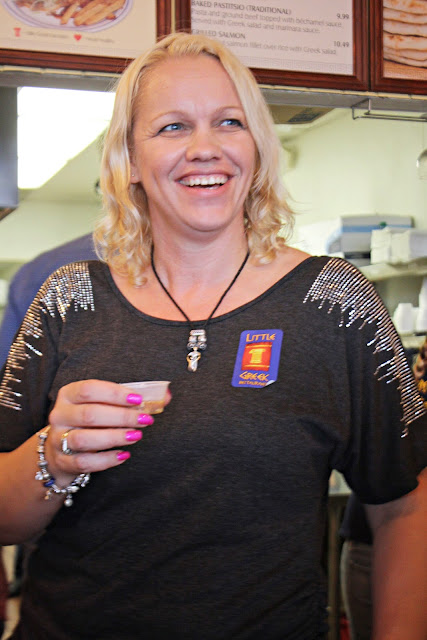 Although Little Greek is a franchise, Nick and Sigrid pride themselves in fast casual dining full of fresh, quality ingredients, which was evident in the buffet of Greek food they set before us. We started with Grilled and Fried Pita Bread with Homemade Hummus.  I paired the pita with a Mythos beer, which tasted similar to a Heineken. 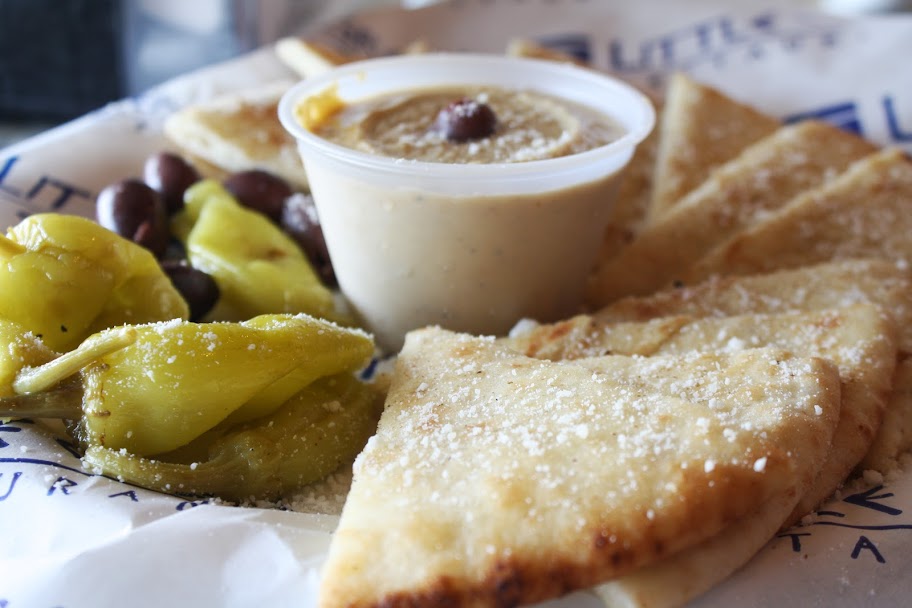 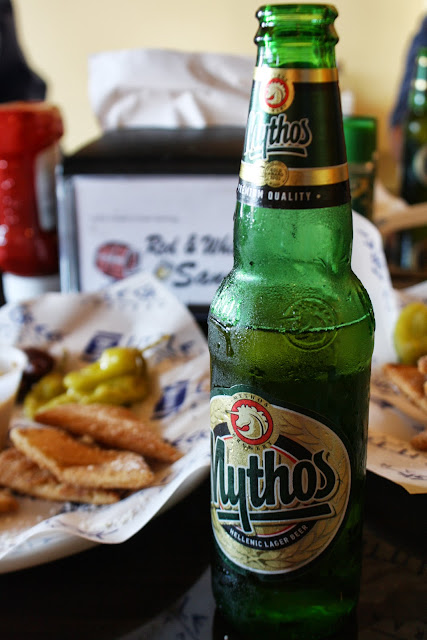 Next, we sampled the Homemade Falafel  served with traditional Tzatziki and Spicy Tzatziki, an item not yet on the menu, but hopefully to be added soon!  The Spicy Tzatziki added some extra heat to the Falafel. 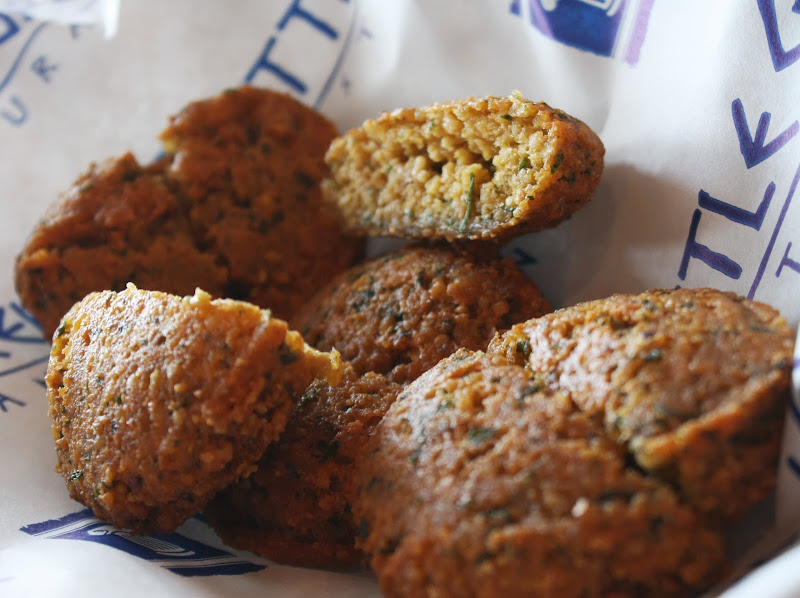 For another spicy treat with some heat, we tested a new menu item, Greek Sausage, nicely charred with just the right amount of heat. Next, they offered the most commonly requested Greek food, a Gyro Pita (pronounced YEE-ro) and Hand-Cut French Fries.  I loved that Little Greek prepares their Gyro Pita with lettuce and tomato, because I always add extra tomatoes and tzatziki sauce to my wrap.  The Gyro meat is the only item not made on site and actually contains 90% beef. 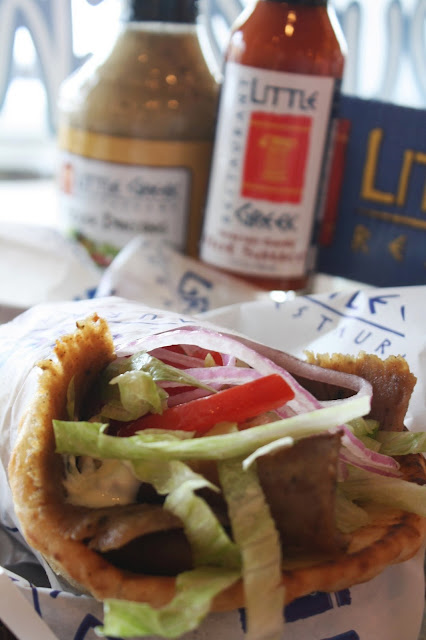 Like a Brazilian steakhouse, Little Greek offered piles and piles of meat for us to taste, such as their Grilled Chicken, Chicken Souvlaki Platter and a Greek Salad with Grilled Chicken which were all equally delicious. 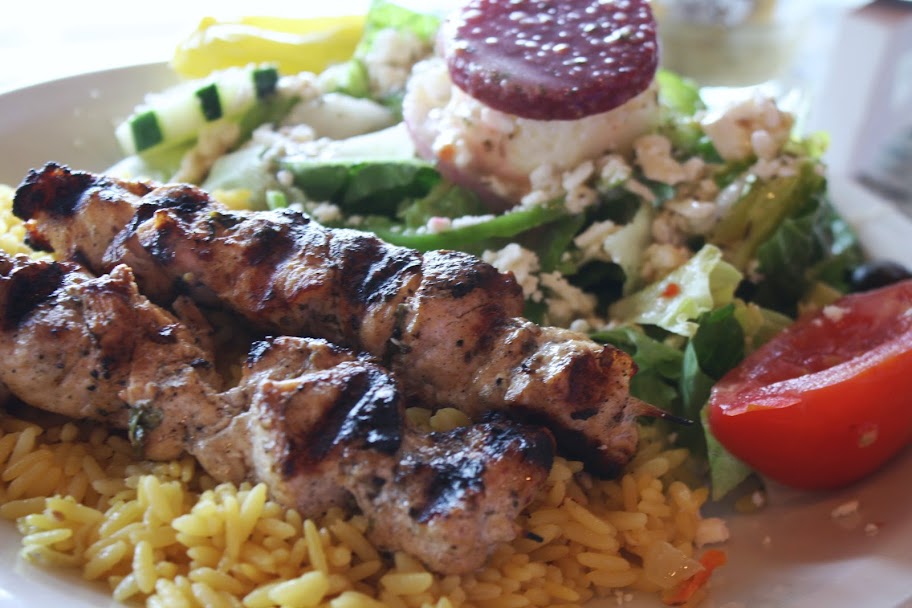 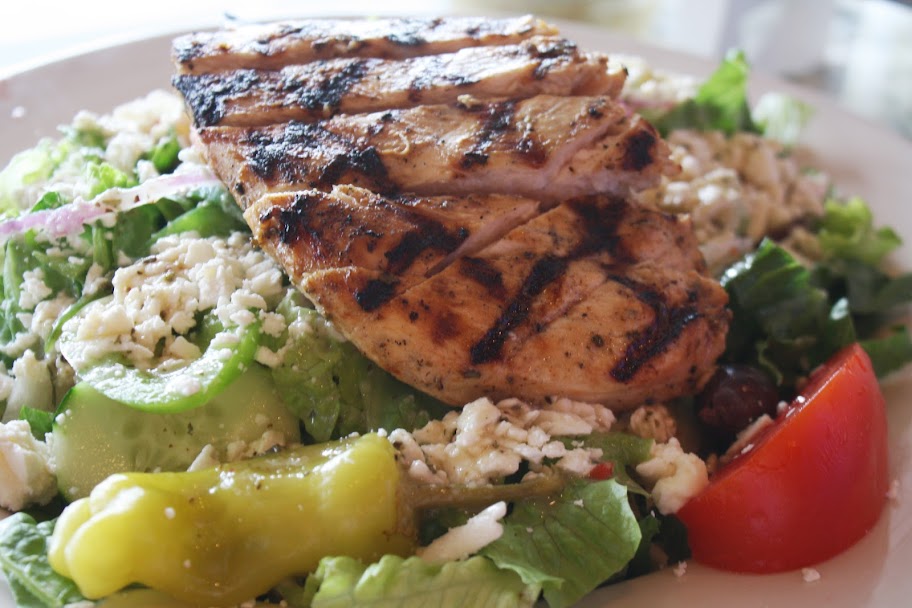 A traditional Tarpon Springs Greek Salad also made its way to our table complete with potato salad. 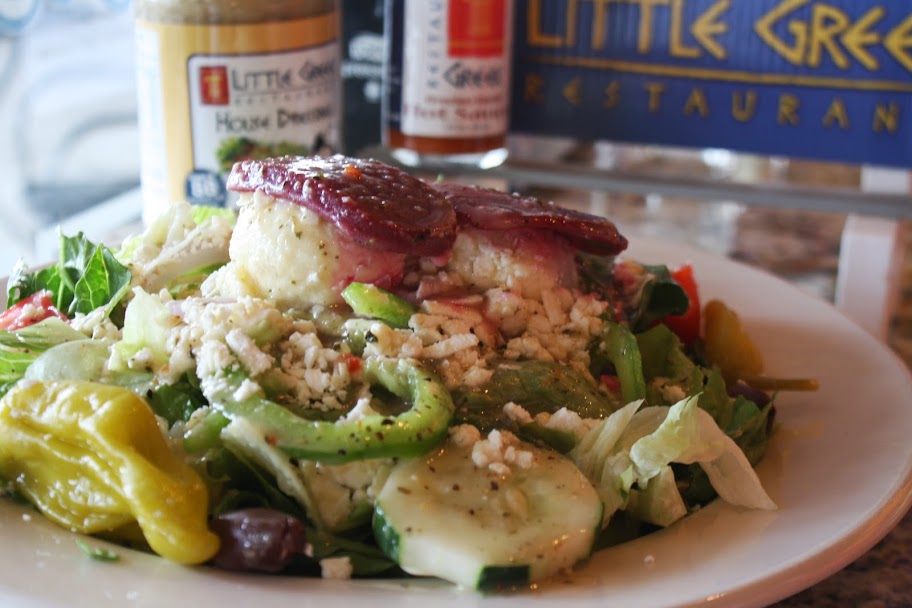 As a final course and part of the entertainment portion of the evening, Little Greek demonstrated how to roll Dolmades, grape leaves stuffed with ground beef and rice.  It was a work of art bursting with flavor. 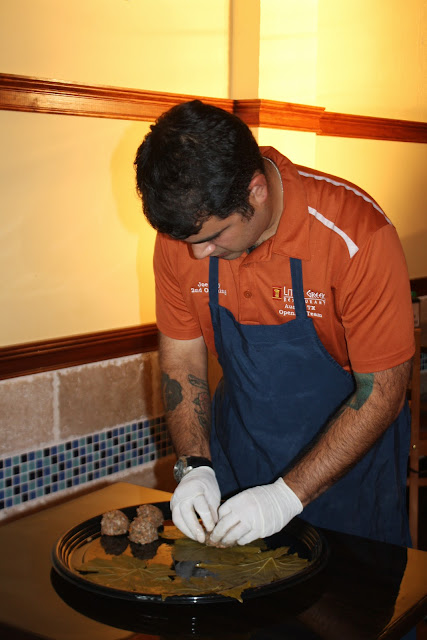 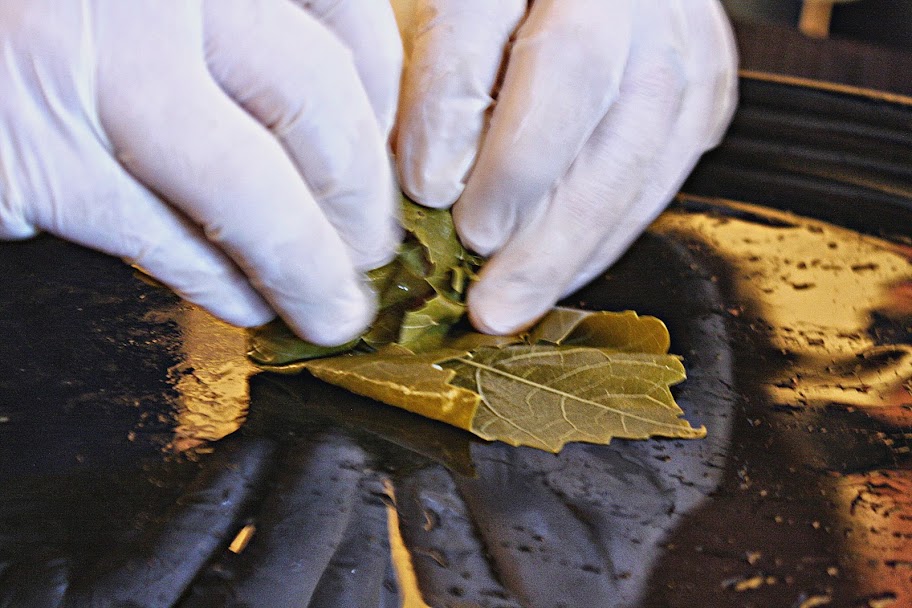 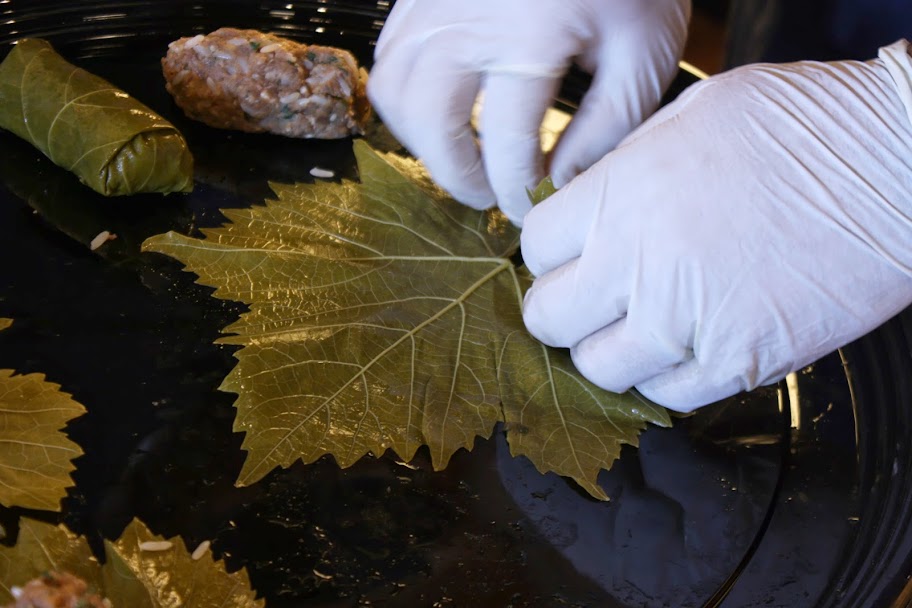 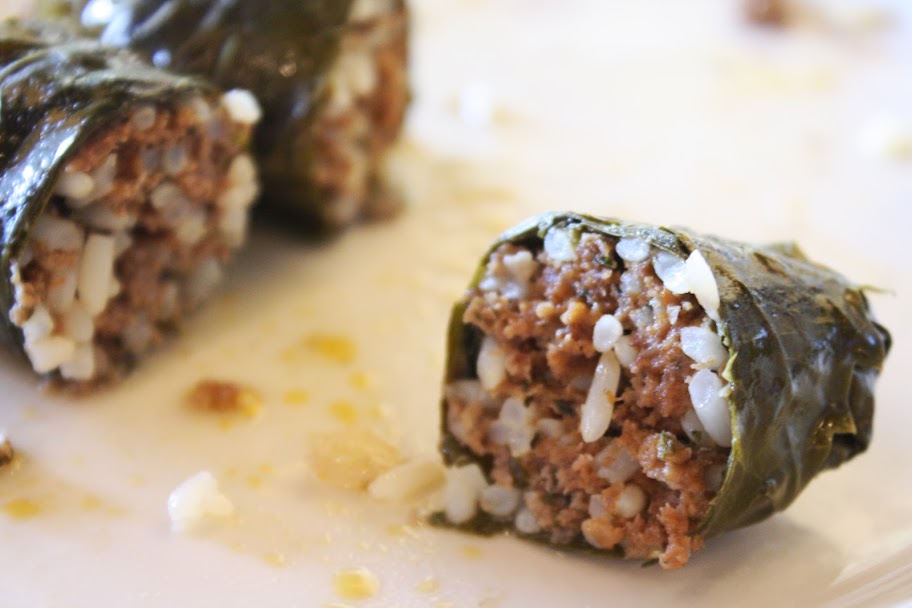 For dessert, guests sampled Baklava and Homemade Rice Pudding.  My nut allergies prevented me from enjoying these traditional Greek treats, but they smelled and looked delicious! 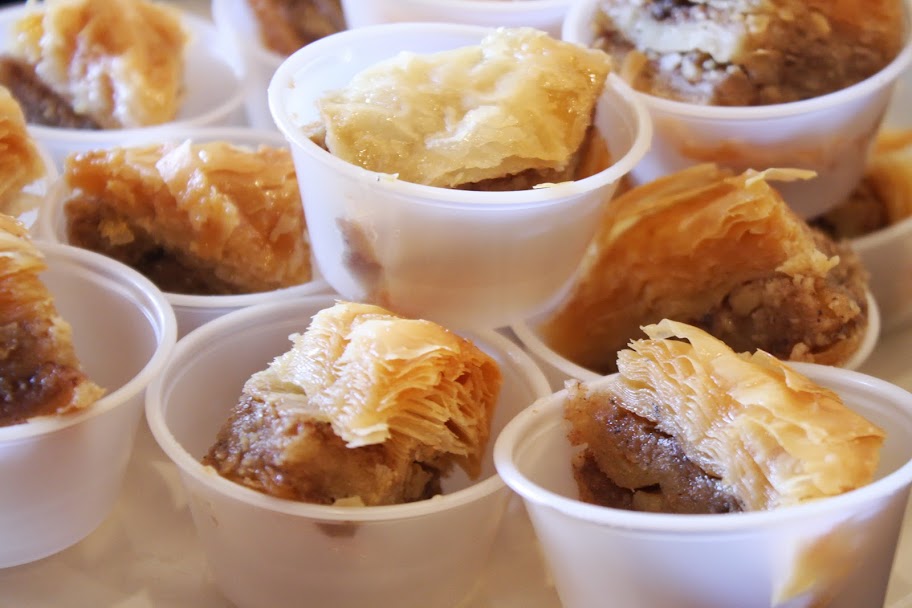 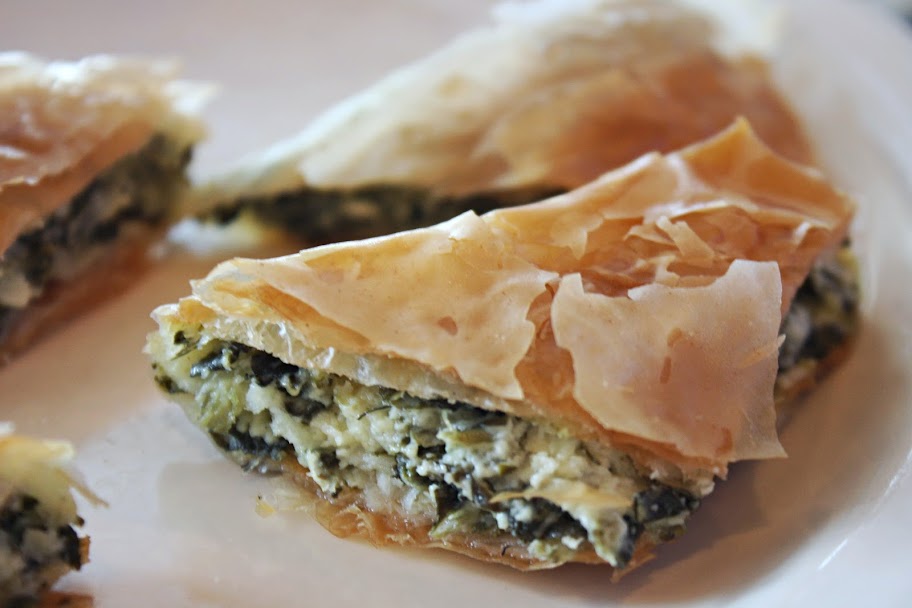 Little Greek also offers a selection of vegetarian items on its menu and numerous options for gluten free/carb free diets.  The reasonably priced children’s menu also has healthy options. Now, Little Greek wants you to join in their 9th Anniversary celebration.  Until June 15th, Little Greek guests can choose either a gyro or chicken pita combo served with Little Greek’s unique hand-cut fries and a drink for $6.99. The good folks of Little Greek have graciously offered a FREE Anniversary Combo to one lucky Run DMT reader.  Simply leave a comment below stating what combo you’d like to try, a gryo or chicken pita. a Rafflecopter giveaway