Lately, the Straz Center is my second home because I’ve been spending a lot of time there experiencing of the best shows, such as Disenchanted and Once.  Given that I love the theater, the booming orchestra, the powerful projected pitch perfect voices, I am quite happy to hang out there. Plus, the theater chairs are quite comfy and it is quite nice to get all dressed up and strazzed.

A few weeks ago, I had the opportunity to preview the Straz Center’s upcoming 2014-2015 season.  Since my mom is usually my date, I brought her along to experience the Broadway Tour line-up, but T-Rex from Erth’s Dinsoaur Zoo Live was blocking the h’orderves and cocktails. 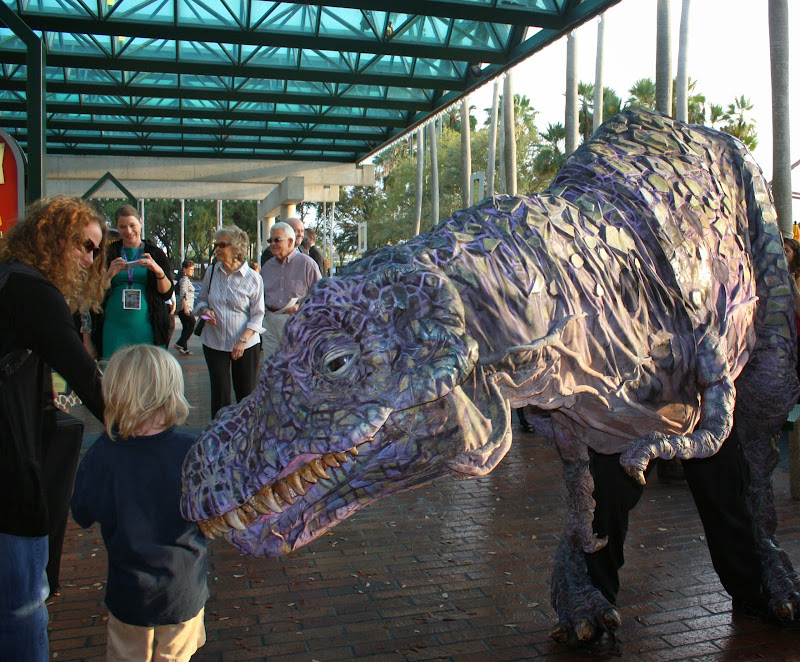 Seth Rudetsky of “Seth’s Big Fat Broadway” on Sirius XM’s On Broadway returned to Tampa to share his favorite scenes and numbers from the Broadway shows on stage next season at the Straz. 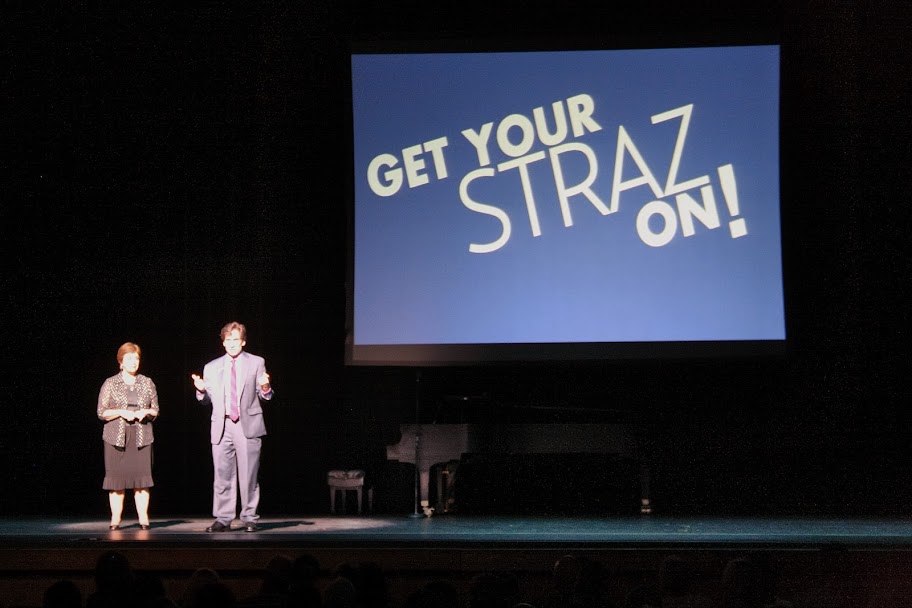 Hearing his enthusiasm over the revival of Annie and Phantom of the Opera excited me. I remembered seeing Annie on Broadway and I am looking forward to reliving it “tomorrow” with my daughters. I don’t recall any “liquid pelvis” dance moves, as Seth called it, nor do I remember the rubberband legs.  I’ll be sure to pay closer attention during the “Easy Street” number next time.

Next Spring, Pippin, will swing into Tampa to share the story of young prince on a death-defying journey to find meaning in his existence.  Although another show from my childhood, this modern makeover of Pippin is nothing like I remember.  With audiences and critics flipping over it, this contemporary Cirque du Soleil-like production won a Tony for Best Revival of a Musical. 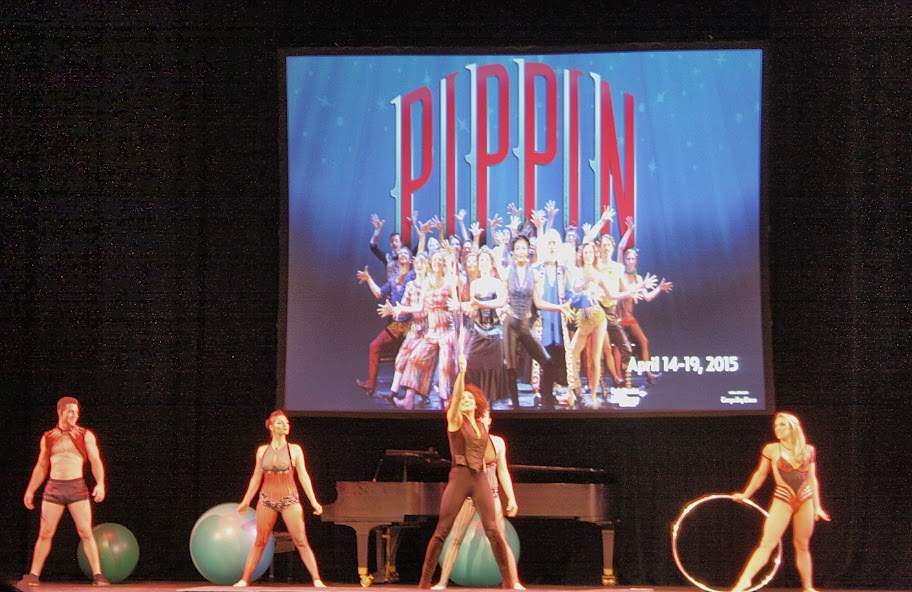 After charming audiences for over 25 years, Phantom of the Opera still masquerades as one of the best musical of all time.  This December, the Straz will succumb to the romance and splendor of the Phantom.

Cinderella will make a striking appearance this October. The revival of this Rodgers & Hammerstein’s classic tale looks spellbinding from the set design to the onstage costumes changes.

Speaking of spellbinding, The Illusionists will perform some of the most spectacular mind-blowing, jaw-dropping talents of seven incredible Illusionists next May.

Remember in the 80s when you had the time of your life watching Dirty Dancing? Now, you can relive all the romantic moments and music of Dirty Dancing when the tour leaps into Tampa this December.

The story of Barry Gordy’s Motown The Musical will certainly have you clapping and dancing along to the hits that put Motown on the map.  More than just a medley of hits, it’s the biography of a generation of artists who broke barriers while climbing the pop charts. 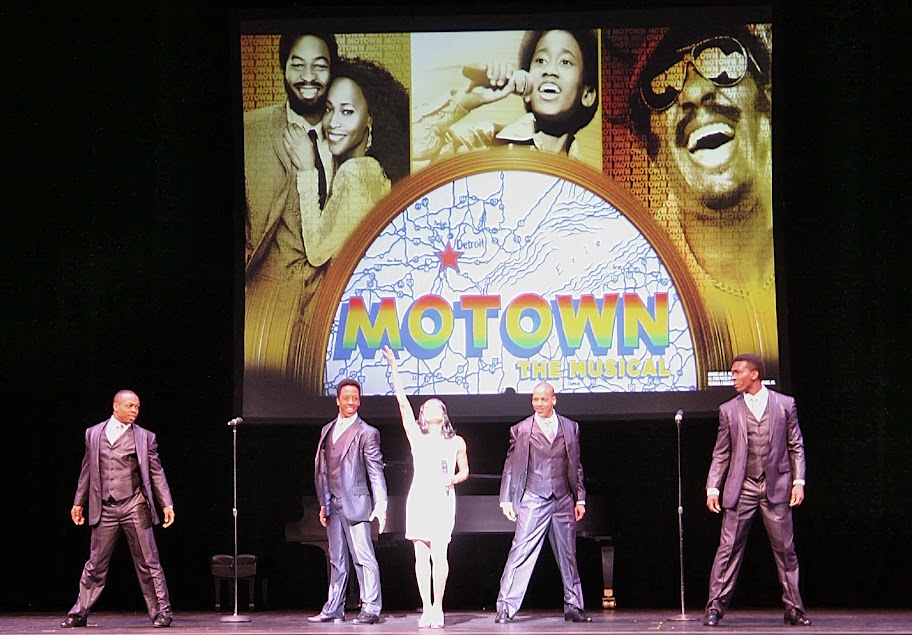 As special encore tour performances, The Book of Mormon and Beauty and the Beast will be returning next season.  Hello!  When I heard that I was happier than Elder Price on a mission.  Please note that these two productions are not part of the part of the season ticket package, but to be a guest at both would be enchanting nonetheless.  No shred of doubt about that.

Get Strazzed and purchase your Straz 2014 -2015 season tickets by visiting straz.org.